"When it rains, it pours" - Fawad Alam on his successful comeback 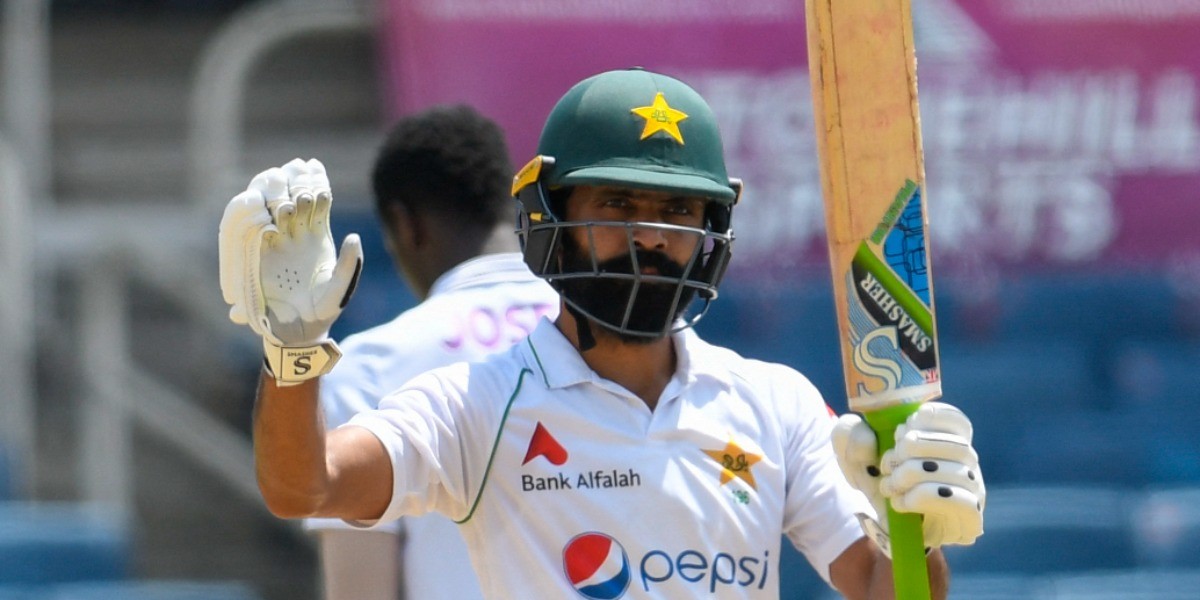 "When it rains, it pours" - Fawad Alam on his successful comeback

Pakistan's Fawad Alam might be 35 but the left-handed batsman is making the most of his second innings. He made his Test debut in July 2009 but was left out from the Pakistan set-up after three games despite scoring 168 in his first Test. Fawad then had to wait 11 years to make a comeback, but now that he is here, Fawad is trying to pounce on every single opportunity.

The middle-order batter has crafted four centuries in his last eight Tests and is Pakistan's second highest run-scorer (645) after Azhar Ali (682) since his comeback. It was his unbeaten 124 on day three of the second Test against West Indies that lifted Pakistan to 302/9 (declared) in their first innings. Fawad batted for over six hours in which he faced 213 deliveries and slammed 17 fours.

"When it rains, it pours. My mother had called before the first day of this Test. It was around 8 AM here and she said that I'd get a hundred. I don't know how she just knew. My dad also spoke and wanted me to raise my bat once in the West Indies too," Fawad told the PCB website.

"My motivation and inspiration has been my father. He's also been a cricketer and he's gone through his own ups and downs. So I listened to him and obeyed when times were tough. There are always hurdles, at the cricket and in your mind, and you need your family to support you in such times. I was also lucky to have other people around me who always motivated me and never let me feel that my time was done. I am so thankful to each one of them."

Having lost the first Test by just one wicket, Pakistan were reduced to 2/3 in their first innings but Fawad and Babar Azam put on 165 runs for the fourth wicket to put them in a steady position. Fawad, who resumed his innings on 76 after retiring through heat exhaustion and severe cramps on the opening day, looked focused and reached the cherished landmark with a pull for two off Kyle Mayers.

"We were 2 for 3 and conditions were very difficult. It was also very hot, let alone the pressure of the scorecard weighing heavy on us. I and Babar wanted to play as long as possible and take our team to safety. We want to bowl them out quickly, give away as few runs as possible and then we will stand a chance to force a result through our batting in the second innings."

Talking about his trademark celebration, Fawad said: "Azhar Ali and I were playing a four-day practice game in New Zealand and I got a century. After the game, Azhar and I decided on how we should celebrate if we scored a hundred in the Test series. So when I did score a hundred, I remembered that and went ahead with it. It's inspired by Ertugrul Gazi who did it as a victory celebration."