When Marcus Stoinis transformed into The Hulk 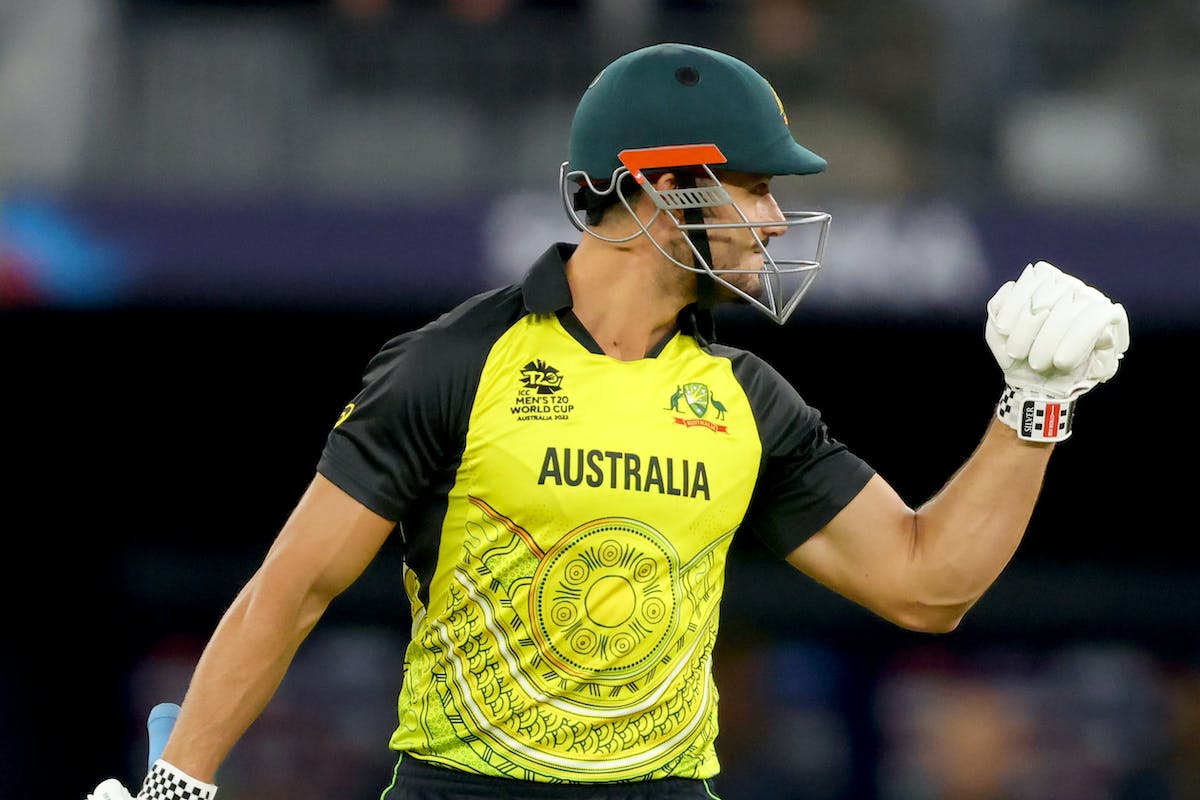 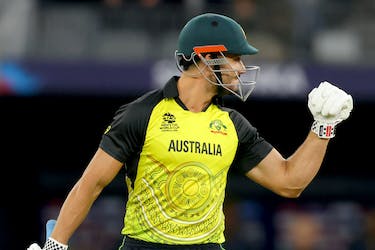 When Marcus Stoinis transformed into The Hulk

The right-hander smoked 59* off 18 deliveries against Sri Lanka

If Virat Kohli is an artist, Marcus Stoinis is a mercenary! If the Melbourne Cricket Ground got to witness a God in human clothing on Sunday, the Perth Stadium saw Stoinis transform into the Hulk and ‘smash’ Sri Lanka all around the park. If Kohli’s knock was all about temperament and class, Stoinis’ innings had just two words written over it - brute power.

It’s going to be extremely tough to match what Kohli achieved against Pakistan but Stoinis’ knock was as crucial to Australia as Kohli’s was to India, and we will tell you why. For India, it was all about starting their 2022 T20 World Cup campaign with a win. Meanwhile, Australia had already lost their first encounter by 89 runs, with their NRR taking a massive hit. And, it’s largely because of Stoinis that they have managed to get that NRR up from -4.450 to -1.555.

"That's a big loss in the context of the tournament. It hurts our net run-rate… but we're still going to be positive. I think we still back ourselves that we can win four, and you need a little bit of luck along the way in such a brutal tournament," said Australian captain Aaron Finch after getting hammered by New Zealand. You always end up playing catch-up after losing a game by such a big margin but the defending champions have made the right move and they have Stoinis to thank.

Australia have always had a good record against Sri Lanka but Dasun Shanaka and Co. have been outstanding of late and were never going to allow the hosts to do what they pleased. The surface at Perth had enough pace and bounce on offer but Charith Asalanka and Chamika Karunaratne made sure Sri Lanka put up a competitive total of 157/6 on the board.

The momentum might have been with the Islanders but you would expect Australia to make light work of this total, but such wasn’t the case. Lahiru Kumara was breathing fire with the new ball and Australia couldn’t manage a single boundary in the powerplay. David Warner was already back in the hut, with Finch struggling to put bat to the ball. Glenn Maxwell did make his presence felt for a while but Australia still needed 69 off 46 when Stoinis walked out in the middle.

Once Maxwell was dismissed, Australia and their fans were more worried about winning the match than sorting out their NRR. However, in comes Stoinis and whacks 59* off 18 deliveries to get Australia over the line with 21 deliveries to spare. The all-rounder smoked four fours and six maximums and completed his half-century off just 17 deliveries - the fastest for Australia in T20Is. 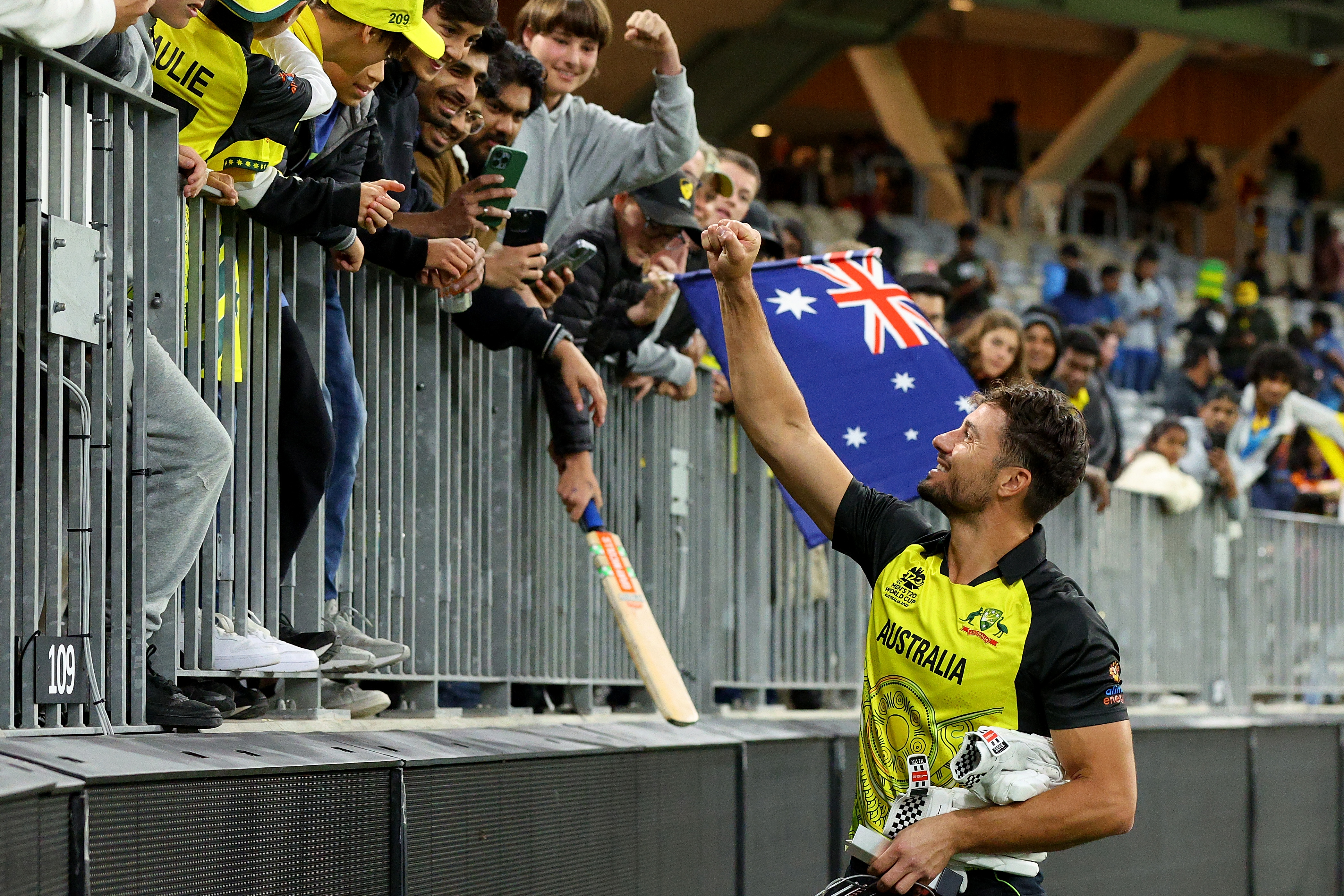 1, 2, 4, 0, 4, 4, 1, 1, 6, 4, 6, 1, 0, 6, 6, 1, 6 and 6 - the game was well over before Sri Lanka could even think of something. The 33-year-old got no support from Finch and single-handedly annihilated Sri Lanka’s bowling attack. It felt like he was playing a club game and treated every single Sri Lankan bowler with disdain. The assault started in the 14th over when he smacked Shanaka for consecutive boundaries and never looked thereafter.

Wanindu Hasaranga, who was already taken to the cleaners by Mitchell Marsh and Maxwell in his first two overs, was given a chance to redeem himself but Stoinis was having none of it. The right-hander clobbered him for two sixes over deep mid-wicket and then got two more off Maheesh Theekshana. Stoinis didn’t care if he looked classy or not because for him it was all about power. He didn’t shy away from flexing his biceps once he got to his fifty. In IPL 2022, the all-rounder brought along a Hulk action figure, suggesting that it is how he looks like while celebrating a wicket but on Tuesday, it was how he batted.

"Probably wasn't a long enough innings to feel like batting. Maybe slogging. Yeah, it was good slogging. I was actually quite nervous, to be honest, so yeah, the intention was just to go put an impact on the game and probably provide a bit of energy for the boys and try and get a spark going," said Stoinis after the game.

"Ronnie (Andrew McDonald - Australia's head coach) actually said to have a look at the quicks as it was doing a bit and I feel comfortable, then to have a go at the spinners. Once I got in, the plan was to keep going. Mentally I was nice and fresh, I had a bit of time off looking after the side strain, it's been sort of plaguing me on and off for a while now, but so far so good."

Stoinis always plays the game with a big smile on his face but things haven’t really been free-flowing for the big man since the last T20 World Cup. It was him alongside Matthew Wade who helped Australia emerge victorious in the semi-final against Pakistan. He also played a couple of handy cameos down the order in the group-stage but failed to recapture those heights once the showpiece event was over.

He didn’t have a great series against Sri Lanka at home in February and even struggled in this year’s Indian Premier League. Playing for Lucknow Super Giants, Stoinis could only score 156 runs in 10 innings at an average of 19.5 and a strike rate of 147.16. His best knock (17-ball 38*) came against Rajasthan Royals but even that ended up on the wrong side of the result. LSG kept using him as a floater and Stoinis never got acclimatised to one particular role.

He then had to miss Australia's tour of India and the home series against West Indies due to a side strain. When he was sitting out, Cameron Green started to make a name for himself and people started talking about how this young all-rounder could prove to be more effective than Stoinis. However, the team management continued to back him once he regained his fitness and played a couple of solid cameos against England prior to the World Cup.

That home series serves as a perfect warm-up for the all-rounder and we got to witness the very best of Stoinis on Tuesday (October 25). The job is far from done though as Australia would want him to continue to flex his muscles throughout the tournament. The Hulk has indeed arrived in the tournament.