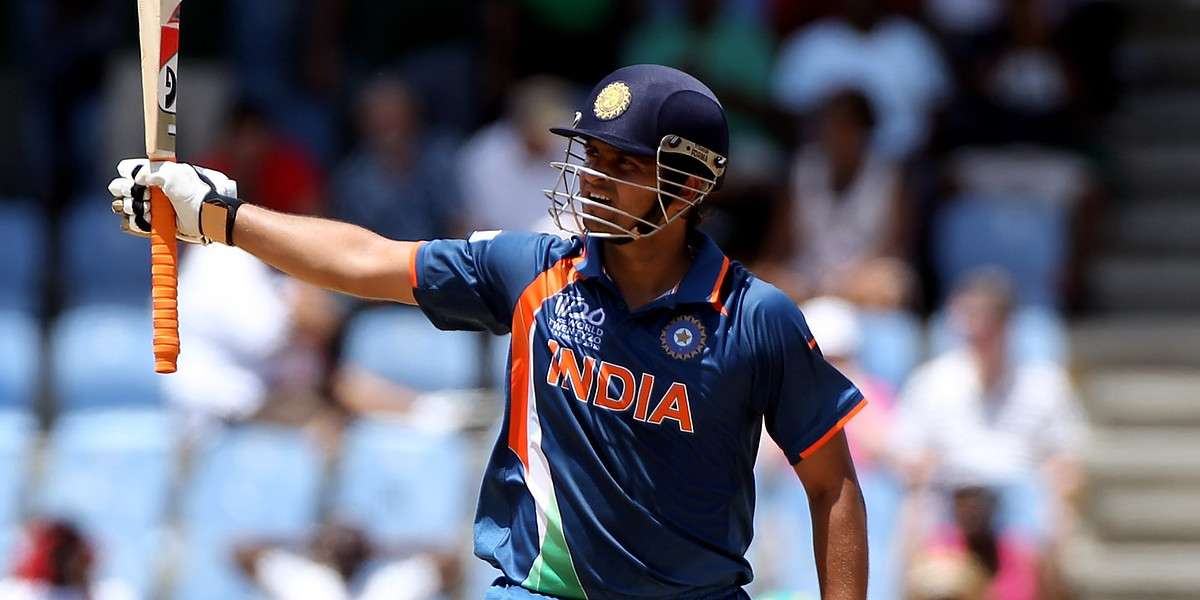 Suresh Raina is unarguably one of the best T20 batsmen India have ever produced. Apart from Virat Kohli (8900) and Rohit Sharma (8642), no other Indian batsman has scored more runs than Raina (8392) in T20s. The left-hander from Uttar Pradesh wasn't part of India's 2007 T20 World Cup-winning squad but after impressing everyone in the inaugural edition of the Indian Premier League in 2008, Raina became an integral member of India's T20I set-up.

When India travelled to England to defend their T20 World Cup title in 2009, Raina had played just four games and went on to have a horrible tournament. He scored only 20 runs in five encounters at an average of just 5. Despite having a horrendous tournament, MS Dhoni and the team management still kept their faith in Raina and the aggressive left-handed middle-order batsman turned his fortunes around in the next World Cup. Prior to the showpiece event, Raina lit up the IPL 2010, amassing 520 runs at an average of 47.27 and a strike rate of 142.9 and played a key role in Chennai Super Kings' first title victory.

Following a successful IPL, Raina was more confident and ready to rectify all the mistakes he made in the last T20 World Cup. He got out for 18 against Afghanistan in India's opening encounter but then came that match against South Africa. It was on this day in 2010, Raina became the first Indian batsman, and third overall, to score a T20I century.

After South Africa won the toss and opted to bowl, Raina had to walk out to bat in the very first over as right-arm seamer Rory Kleinveldt dismissed M Vijay for a golden duck. The opposition were aware of Raina's weakness against short deliveries and the likes of Kleinveldt, Dale Steyn, the Morkel brothers and Jacques Kallis all started bowling back-of-a-length deliveries. There were lots of mishits and Raina was struggling to get going, and so was Dinesh Karthik at the other end. The latter departed in the sixth over and at one stage Raina was on 19 off 22, and had also survived a catch off a Morne Morkel no-ball.

Coming in to bat at No. 4, Yuvraj Singh took some pressure off Raina who finally got his timing back when the South African captain introduced left-arm spinner Roelof van der Merwe into the attack. Raina played a couple of gorgeous inside-out drives and that was it, he never looked back from thereon. Kallis however kept bowling short deliveries to Raina but the left-hander managed to slog one for a six and then squeezed Albie Morkel's near yorker past point for another boundary. He also survived two run-out attempts, when he was on 37 and 47.

Runs started flowing from Raina's willow and he completed his half-century in 42 balls, adding 31 in his last 20 balls. He was slightly more cautious against Steyn but completely ripped apart the other bowlers. Kleinveldt returned to get rid of the dangerous Yuvraj, but then he got some beating from Raina. The right-arm seamer was either bowling on length or full-tosses. Raina tonked him for two maximums in the 16th over and then slammed him for 4, 4, 4 and 6 in the last four deliveries of his spell. 25 runs came off the 18th over and Raina raced from 75 to 93 in the space of four deliveries.

His former CSK team-mate Albie Morkel came in to bowl the final over and Raina completed his century with a six over deep mid-wicket. It took him 59 deliveries to complete his maiden T20I century, smashing 82 off the last 38 balls he faced. He was dismissed on the very next delivery but by then he had already etched his name in the history books. Yusuf Pathan and Dhoni played short cameos as India finished on 186 for 5 in their 20 overs.

In response, Kallis, Graeme Smith and AB de Villiers played solid knocks but it was still not enough as South Africa was restricted to 172 for 5 in their 20 overs, falling 14 runs short of the target.

India lost all of their three super-eight encounters but Raina still managed to make an impression, first scoring 32 against West Indies and then 63 against Sri Lanka.

Raina performed on a consistent basis but found no support from the other batsmen. While he finished the tournament with 219 runs at 43.80, no other Indian batsman could touch the triple-figure mark. With just 85 runs to his name, Dhoni was the second-highest run scorer for India.

Two months later, Raina made his Test debut and scored a hundred in his very first innings to also become the first player from India to hit a century in all three formats of the game.

The 33-year-old has scored 1605 runs in 78 T20Is and featured in five T20 World Cups but hasn't represented India since July 2018. Raina however is still an integral part of triple-IPL champions, CSK.