When spot-fixing in IPL rocked the nation 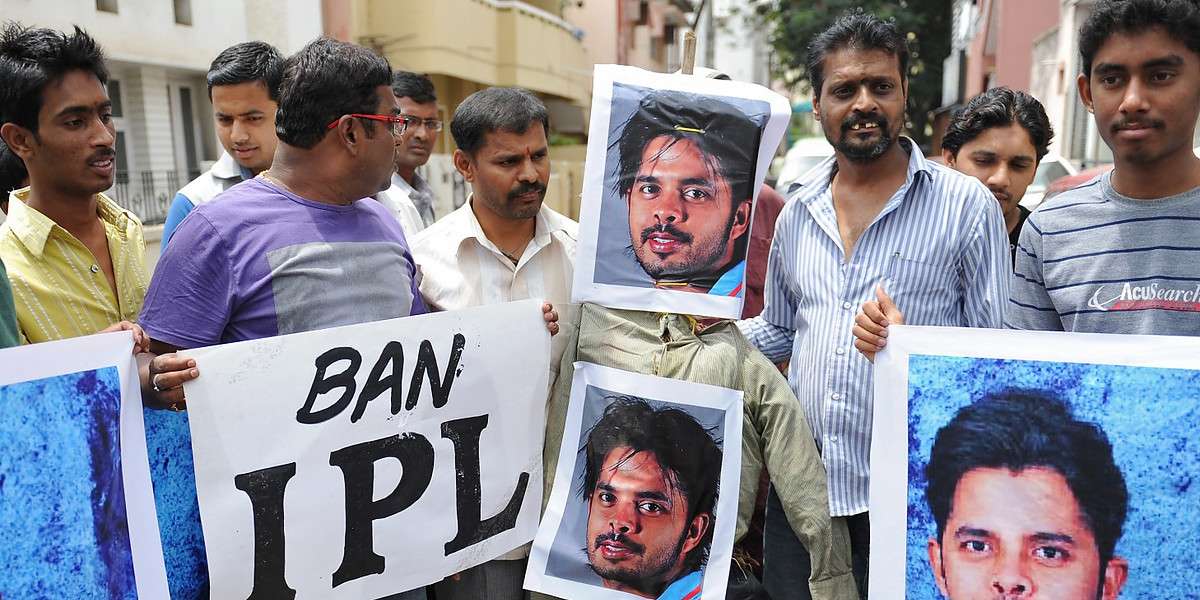 When spot-fixing in IPL rocked the nation

The Indian Premier League, ever since its start has been a tournament that gives young and budding Indian players a chance to rub shoulders and pick brains of some of the esteemed cricketers on the world circuit. Apart from this though, the enormous amount of money and the glamorous quotient has also meant the IPL has mired in controversies of various kinds over the years.

From the suspension of IPL Chairman Lalit Modi for "alleged acts of individual misdemeanours" to molestation charges against South African national Luke Pomersbach to corrupt approaches from bookies, the biggest T20 league in the world has seen it all.

However, the one incident that brought the IPL into massive disrepute was the 2013 spot-fixing and betting case. The scandal which occurred on this day back in 2013 came to light when the Delhi Police arrested three cricketers, S Sreesanth, Ajit Chandila and Ankeet Chavan on charges of spot-fixing. All three of them represented the former IPL champions Rajasthan Royals.

On the face of it, the scorecard of Match 66 of IPL 2013 between Mumbai and Rajasthan at Wankhede Stadium, in Mumbai looked a normal one where the hosts edged out Rajasthan and further their case in the tournament. However, no one could have foreseen what was about to unfold in the next few hours.

On the morning of 16 May 2013, the Delhi Police led by the Assistant Commissioner of Police arrested Chavan and Chandila from the team hotel in Mumbai while Sreesanth was picked up from a friend's place.

All three players were arrested for allegedly fulfilling promises made to various bookies. The players were allegedly promised money ranging from $36,000 to $109,000 for each over. Eleven bookies were also arrested including Jinu Janardhan, Sreesanth's close friend and teammate at Ernakulam Club.

The police said that the three matches which allegedly had spot-fixing involved were Rajasthan's matches against Pune Warriors on May 5, Kings XI Punjab on May 9 and Mumbai on May 15.

The police further elaborated that the deal was for the bowlers to concede a specified number of runs in a particular over which was pre-decided. The phone recordings revolving around the fixes were all available according to the police.

All three players according to the police had different ways to indicate to the fixers that the deal was on.

The police said there were underworld connections involved but refused to take any names. They also clarified that no other player or Board was involved in the operation.

A tournament which had already seen controversies aplenty was just about to be thrust into the spotlight for all the wrong reasons once again. The fallout from the spot-fixing though was much greater and a blatant black mark on the richest cricket board in the world. The BCCI were quick to react on the fallout

A media release stated that the IPL Governing Council had decided to suspend the three players pending an inquiry. "As of now, the three players Ankeet Chavan, Ajit Chandila and Sreesanth stand suspended pending enquiry. All information required to bring the persons involved to book will be collected and strictest action will be taken, if found guilty," a press release from the board said.

Rajasthan later suspended the contracts of all three players.

Sreesanth, Chandila and Chavan were later cleared of all the charges after they were found not guilty by the Patiala House Courts. Chandila though was given a life ban from all forms of cricket by the BCCI.

In March 2019, the Supreme Court lifted the life ban imposed by BCCI on Sreesanth.

In a separate case, Gurunath Meiyappan, a top official of Chennai Super Kings and son-in-law of the then BCCI President N Srinivasan was arrested on charges of illegal betting. The fallout was such that Srinivasan had to later step down as BCCI President. Later in the year, Rajasthan Royals co-owner Raj Kundra too confessed to betting on IPL matches, including his own team. BCCI had to suspend Chennai and Rajasthan for two years in 2016 and 2017.