Which associate team has the maximum number of upsets overall? 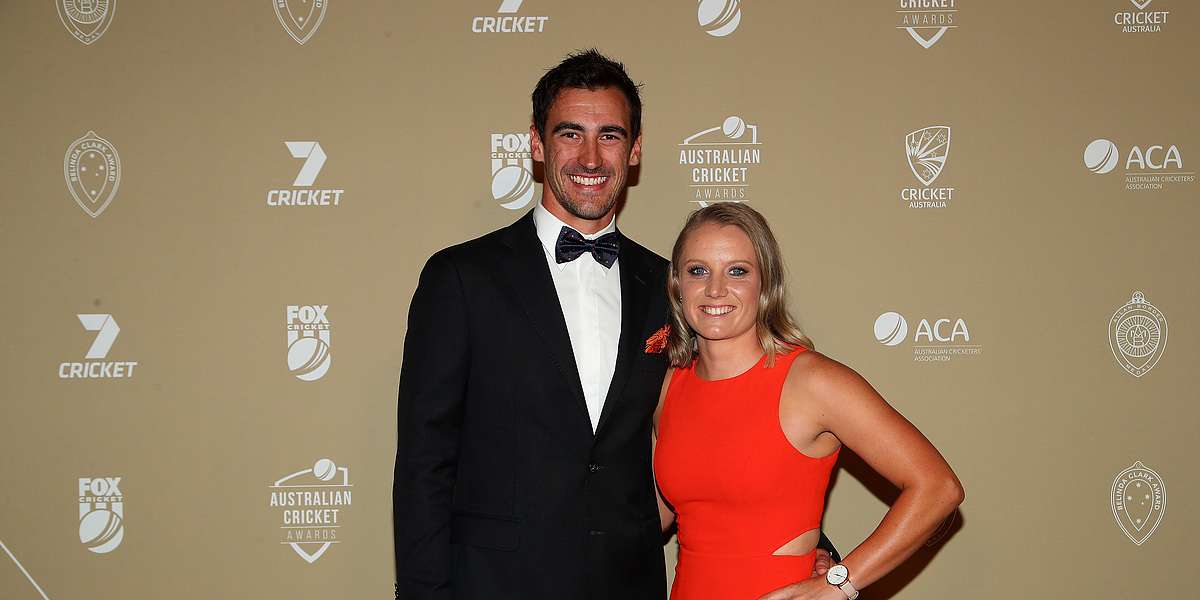 Which associate team has the maximum number of upsets overall?

What is the maximum number of overs/balls bowled by a fast bowler in a year in Test cricket? From Arisha Biswas on Instagram

The maximum number of balls bowled delivered by a pace bowler in a calendar year is 4106 or 684.2 six- ball overs by Australian paceman Graham McKenzie in 1964. He had a successful year while claiming a record 71 wickets at 24.46 runs per wicket in 14 Test matches. He then held the Test record for the most wickets by any bowler in a calendar year obliterating the previous long-standing record of 61 wickets by England’s Sydney Barnes achieved in 1912. 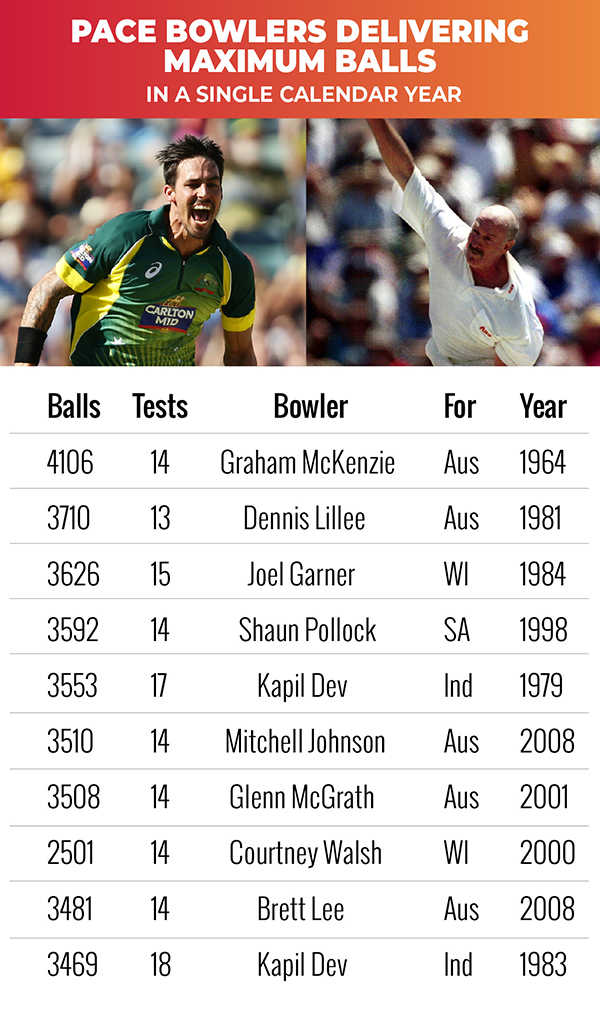 - Kapil Dev, the only Asian pace bowler in the list above and is also the only bowler to appear twice!

- For the record, the most balls delivered by any Test bowler is 5054 by Australian Shane Warne in 1993. He is the only bowler to deliver over 5000 balls in a single calendar year!

Which associate team has the maximum number of upsets overall? From Shoaib Niazee on Instagram

The next best for an associate side is 10 ODI victories for Kenya, who are yet to get Test status. They had caused the biggest upset in a Cricket World Cup when beat one of the favourites and twice champions West Indies in Pune on 29 February 1996 by 73 runs! One should not forget that in 2003, they became the only non-Test playing nation to reach a semi-final of a World Cup when they beat three Test-playing countries - Sri Lanka, Bangladesh and Zimbabwe and that too quiet emphatically!  Meanwhile, they have beaten Zimbabwe on five occasions, India twice (first time in Gwalior in 1998 and then in Port Elizabeth in 2001) and once each against Bangladesh, West Indies and Sri Lanka. With such an impressive record, it is sad to see Kenyan cricket withering away.

Following Afghanistan and Kenya in the third place is Ireland with eight ODI victories before their inaugural Test match on 11 May 2018. Three of their ODI wins came against Zimbabwe, two against Bangladesh, and once each against England, Pakistan and West Indies. They inflicted a three-wicket victory over Pakistan at Kingston on 17 March 2007 in the World Cup, which incidentally was their only third ever ODI win. They then trounced Bangladesh by 74 runs at Bridgetown on 15 April 2007 in the same World Cup. Their other notable World Cup victories were against England (in 2011) and West Indies (in 2015).

Are there any international or first-class couple (husband and wife) who have played cricket for their respective teams? From Shireen Quadri on Instagram

Ruth Emily Westbrook who played in 11 women’s Test matches for England between 1957/58 and 1963 became the first when she married England Test cricketer Roger Prideaux (3 Tests in 1968/69).

Then Karen Ann Marsh appeared in one One-day International for the New Zealand women's cricket team against England in January 1978 at the LB Stadium in Hyderabad. She later married New Zealand top Test wicket-taker, Sir Richard Hadlee. However, they are divorced now.

Sri Lanka's women cricketer Rasanjali Silva appeared in one Test match and 22 ODIs, including the Women's World Cups in 1997 and 2000. She married Sri Lankan wicketkeeper Guy de Alwis, who had appeared in 11 Tests and 31 ODIs from 1983 to 1988.

At present, Australians Mitchell Starc and his wife Alyssa Healy are the only husband-wife duo to appear regularly in international cricket.

Marvan Atapattu had a very inauspicious start to his Test career scoring 0,0,0,1,0,0. Are there any such instances in international cricket? From Divyani Bundela on Instagram

Sri Lankan Marvan Atapattu began his Test career with just one run in his first three Test matches from six innings from Nov 1990 to Feb 1994. However, despite this nightmarish start, he appeared in 90 Tests for Sri Lanka from 1990 to 2007. He aggregated 5502 runs, at an average of 39.02, with 16 Test centuries, including six double centuries (Highest 249). Had it not been his terrible start, he would have averaged over 40 runs per innings! This by far the worst start to anyone’s batting career in Tests. 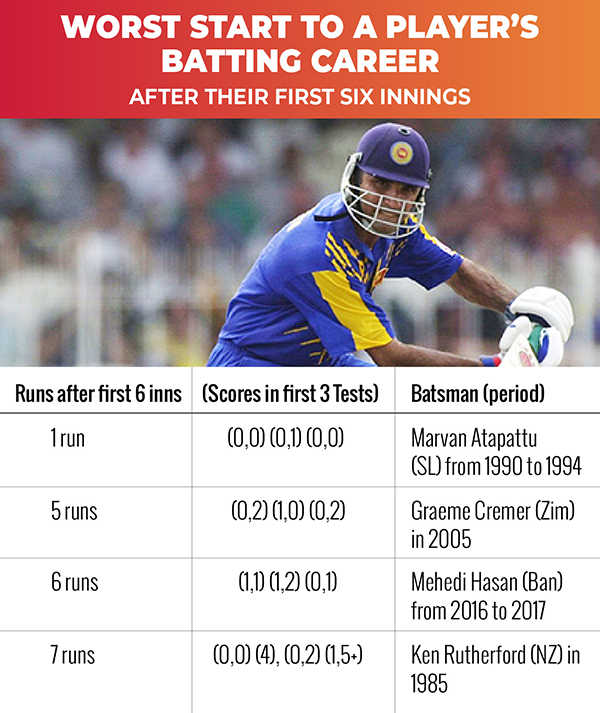 - Cremer just 32 runs in his first 13 innings (including a not out). Later made a Test century.

If Sachin had converted all his 28 nineties to hundreds what would his average be? Considering a median of all his 100 centuries. From Monish Menon on Twitter

Therefore, one can say he would have missed out an aggregate of 1120 runs by not converting his 28 nineties into hundreds. This would mean that his batting average across all formats which is now 48.52, would have got a boost to 50.10.

All records mentioned above are updated until 18 May 2020