Why Cricket Is The Best Sport of all

Why Cricket Is The Best Sport of all

T20 cricket, the game’s latest and briefest format, is tailormade for those audiences less tolerant of the enormous time the game normally eats up

The 2019 ICC World Cup is now concluded and throughout the tournament we witnessed the thrills and subtleties that makes the great game such an attractive, thought-provoking spectacle. We witnessed the uncompromising pace of the likes of Jofra Archer, Mitchell Starc and Lockie Ferguson; the swing and subtlety of Mohammad Amir and Trent Boult; the spin-bowling wizardry of Yuvzendra Chahal, Imran Tahir, and Shakib Al Hasan; the brutal batting of Jason Roy and Aaron Finch; and the charming strokeplay of Babar Azam, Rohit Sharma and Joe Root.

Cricket offers variety, beauty and utility. That is what we viewed in this World Cup and that is why so many of us are addicted to the game.

It offers time to savour the action too. A little more than a year ago, veteran American journalist and baseball devotee, Mike Barnicle, was discussing the baseball playoffs on popular morning TV talk show, Morning Joe. “Baseball,” Barnicle said, “is the only major professional sport that people watch -- hockey, football, basketball -- none of them have the time in between the action to savor the stress and the tension of each pitch.” His colleagues all purred in agreement. They can all be forgiven; they likely know little of cricket.

With over 4 billion fans around the globe, football, or soccer, as it is called in The United States and Canada, is the most popular sport in the world. Second – and this may be surprising to many in America -- is cricket, which has over 2.5 billion fans. To put these numbers into perspective it is to be noted that basketball is followed by 825 million, and baseball has 500 million enthusiasts.

And cricket is making even more inroads in the global market. Twenty20 cricket, the game’s latest and briefest format, is tailormade for those audiences less tolerant of the enormous time the game normally eats up. A T20 game runs about three hours and so is more amenable to the norms of the fast-paced world we now live in.

As a consequence, we now see T20 leagues sprouting up in a number of non-traditional markets. The North American market, for example, has long been coveted and now we have the Global T20 Canada, which is into its second edition after a successful first run, currently being contested in Brampton, Ontario. Crucially, it has attracted players of renown, such as Yuvraj Singh, Darren Sammy and Chris Lynn.

Additionally, there is a T20 professional league slated for the USA in 2021 and USA Cricket joined many of the major cricketing nations when it recently handed out central contracts to 17 players.

Caribbean Premier League (CPL) games have been held at the Central Broward Regional Park in Lauderhill, Florida. The venue has also hosted international T20 matches in 2010, 2012, 2016 and 2018, and India’s tour of the West Indies begins there with two T20Is scheduled for August third and fourth.

Things are happening in Europe as well. The Euro T20 Slam bowls off on August 30th, is scheduled to last until September 22nd and will feature teams from Amsterdam, Rotterdam, Belfast, Dublin, Glasgow and Edinburgh.

Cricket is making large strides for good reason. It is, without doubt, is the most egalitarian of sports. It accommodates a variety of shapes and sizes; from massive, rotund units like Rahkeem Cornwall and Colin Milburn to spindly figures like Glenn McGrath; and from giants such as Mohammad Irfan and Morne Morkel to players much less blessed vertically like Parthiv Patel and Gundappa Viswanath.

The basketballer who is well below six feet is an extreme rarity in the NBA, as is the less than sturdy NFL player. The footballer (soccer player) who is particularly slow on his feet is unlikely to get far in a sport that is played at a rapid pace at its highest levels.

More than most other games, cricket allows for a multiplicity of methods. The game that permits and celebrates Virender Sehwag’s and David Warner’s belligerence as Test batsmen, also finds the watchfulness of Shivnarine Chanderpaul and Geoff Boycott useful. Michael Holding, Jeff Thomson, and Mitchell Johnson scared batsmen with the sweltering pace they generated; Vernon Philander’s and Jason Holder’s pace are gentle by comparison, and yet they also have proven themselves to be highly effective.

Consider, also, that slow-bowling greats Shane Warne and Muralitharan found success by spinning the ball a mile. Almost equally successful, however, was Anil Kumble, though he was often accused of hardly getting his deliveries to defy a straight line. Or, think about James Anderson sometimes swinging the ball a long way and beating the bat, only for Stuart Broad to pick up loads of wickets at the other end while not moving the ball nearly as much. Nuance and subtlety can be as effective as genius and might.

Cricket is easily one of the more intellectually taxing games. It is hard to envision a sport with more moving parts operating all at once, hard to envision one with more wide-ranging issues to consider: what are the characteristics of the playing surface? To what extent is the ball bouncing or spinning or seaming? How much is the wind blowing and in what direction? What are the different field placements that should be employed for each batsman? When should the spinner be brought into the attack? Should the new ball be taken immediately it becomes due, or should the old ball be persisted with a while longer? Is it time to employ the services of a nightwatchman?
Those are just some of the issues to contemplate. The captain in cricket has one of the most demanding jobs in all of sport.

Cricket can be demanding of spectators as well. Closely following a day of cricket, for instance, can be draining. If you track the action closely you will often find yourself exhausted at the end of an intriguing day, much like you’d feel at the end of a challenging day at work. But more times than not, you will feel contented as well as you replay in your mind the many different skirmishes that occurred throughout the day.

Admittedly, cricket’s three formats are somewhat different games. The T20 version, for example, rewards the big hitter and really has no place for the patient, slow-scoring batsman. It is cricket in its most primal form where raw talent and instinctiveness are rewarded. Tests, on the other hand, requires excellence over as many as five days and, in addition to raw talent, rewards endurance and mental fortitude more than the other formats. And so if the five-day version does not appeal to you, then the faster-paced 20-over version might.

Regardless of the format, however, the most successful teams and players are the ones that ally aptitude with deep thought; the ones that weigh the game situation and make wise decisions on how to proceed. How many times have we seen batsmen, for instance, palpably imbued with serious talent, fail to make it at the highest level because of poor decision-making skills or inadequate application?
It is not that other sporting endeavors don’t exercise the minds of their players and captains. But cricket, it can be argued, demands more of a balance between physical ability and mental application than most other sports.

That, to my mind, is why cricket is the best of all sporting endeavors. It welcomes to all types and caters to a variety of tastes. Prior to the civil war breaking out in 1861, cricket was more popular in the United States than baseball. It is time America rediscovered its cricketing roots. Who knows, maybe one day Mike Barnicle and the Morning Joe team will come to realize that cricket has at least as much to offer as America’s pastime. 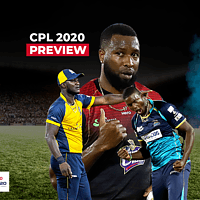