Will Pucovski is loving his time under the sun 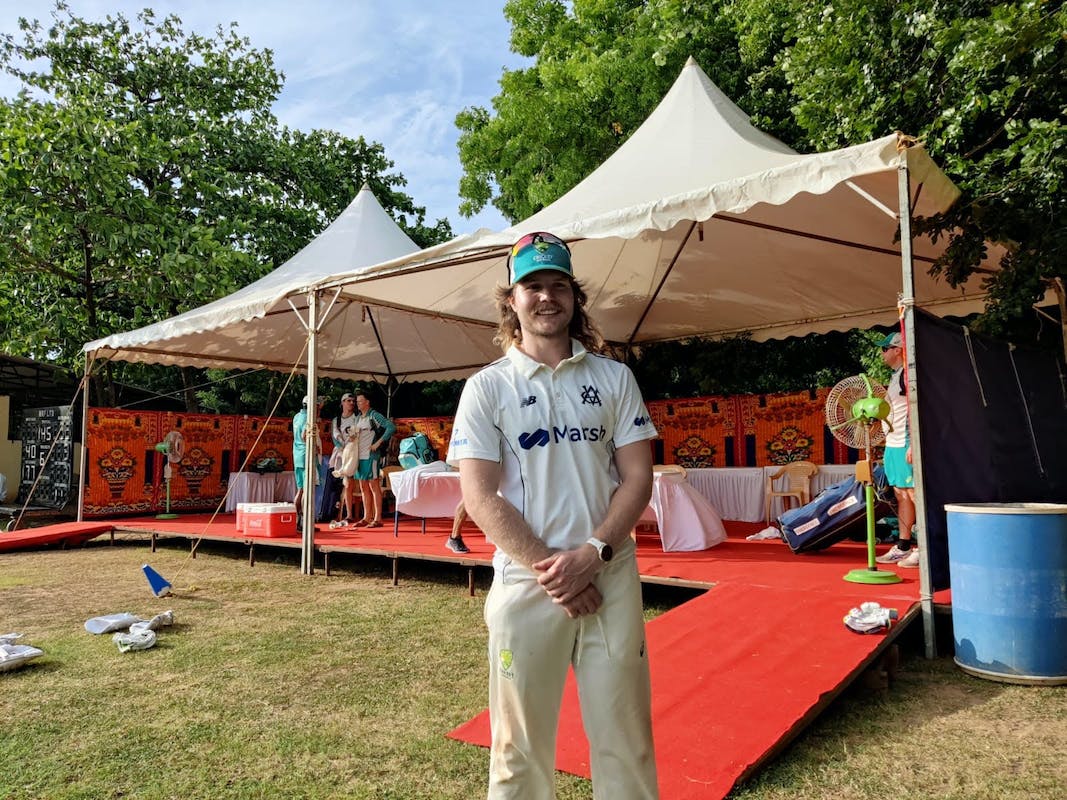 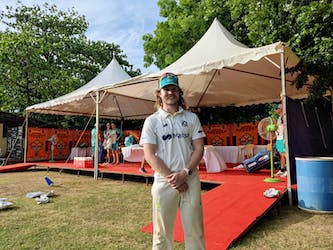 Will Pucovski is loving his time under the sun

Cricket.com caught up with the Australian batter during the side's 10-day camp at the MRF Pace Academy in Chennai

It’s 10:30 AM in the morning and we make our way into the main ground of the Pachaiyappa's College in Chetpet, Chennai. We enter the ground to a surreal sight: Will Pucovski, a capped international cricketer, is batting in the middle to the backdrop of the most Chennai looking background imaginable. Glorious in every way.

The Australian Developmental side are here as part of an exchange programme with the MRF Pace Foundation and on this particular day, they’re playing a red-ball encounter against a Select MRF XI, filled with the most promising trainees. 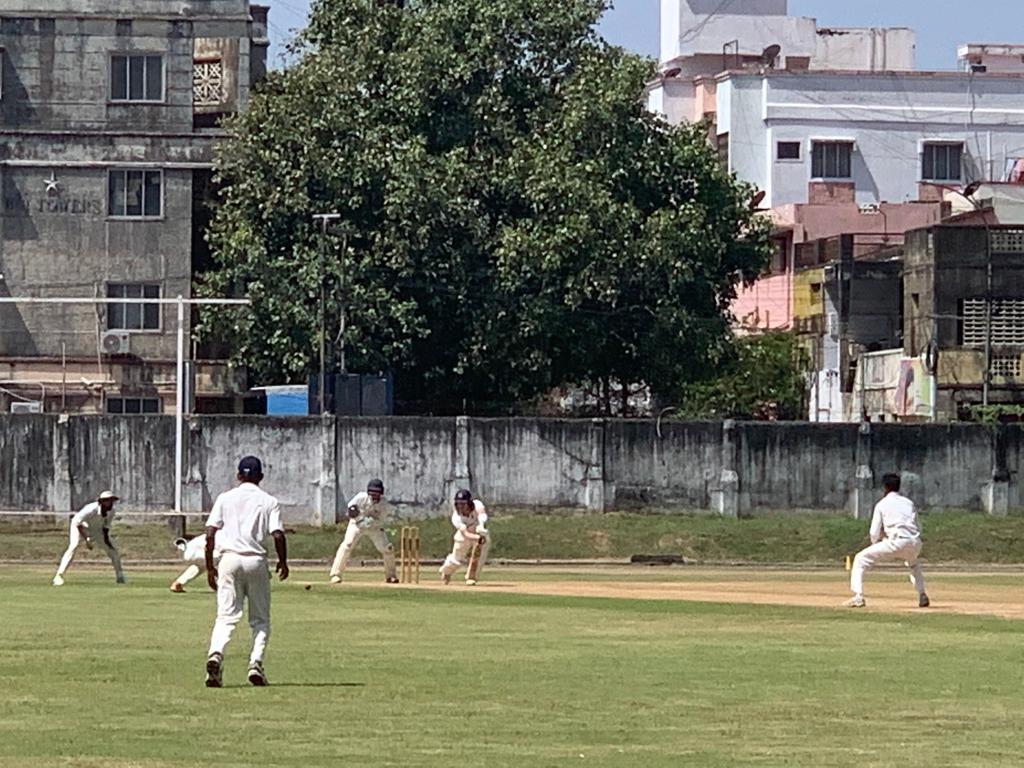 We take a seat and decide to observe the proceedings at the ground for the rest of the day and some three hours into our observation sesh, one thing is evidently obvious: Pucovski is absolutely loving it out there.

By 11:30 AM Pucovski was dismissed but minutes after lunch, he was back on the field again, having a long, animated chat with Thilan Samaraweera, the designated coach for the rigorous 10-day camp. The chat with Samaraweera lasted about 15-20 minutes but Pucovski wasn’t done. 30 minutes later, during the innings break, he was in the middle once again — this time, he was involved in a slip-catching drill, offering throwdowns to the coach before taking a few catches himself. 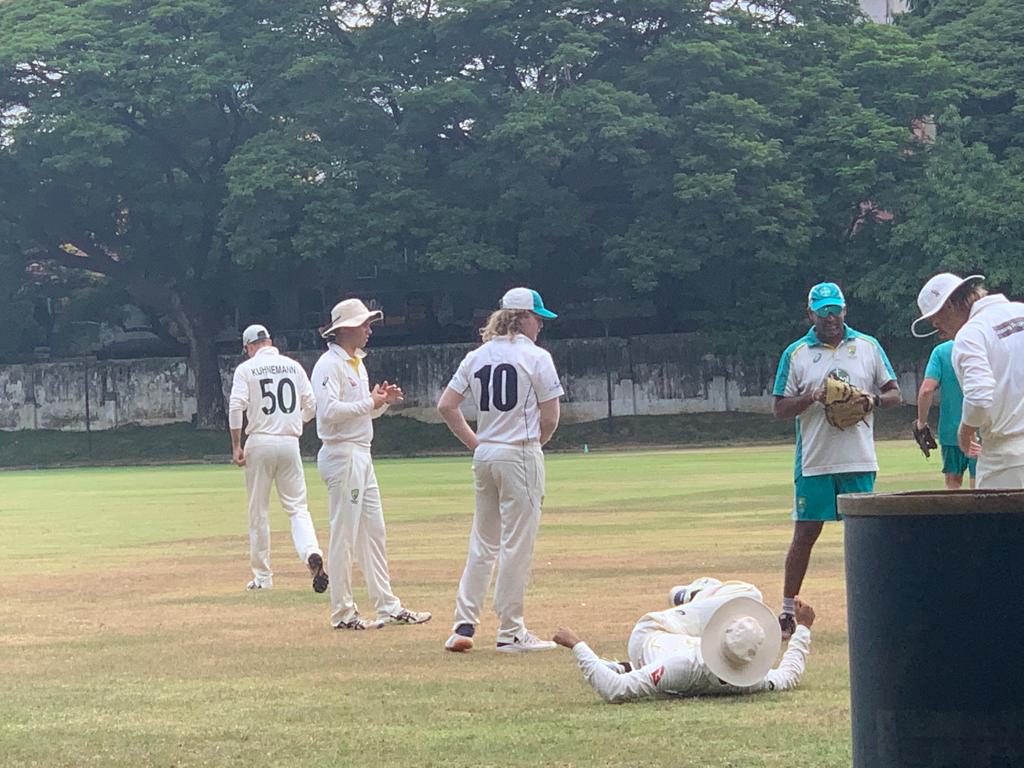 ‘Just immerse yourself in the conditions and ask a lot of questions’ was chief selector George Bailey’s advice to the players before they departed and here was Pucovski religiously following it.

Either way, at 4:35 PM, it was finally time to talk to the man himself. And within seconds it was evident that what we’d suspected was absolutely true: Pucovski was indeed loving every bit of his time under the sun in Chennai.

“It’s been an awesome few days since we got here (Chennai),” Pucovski told us with a beaming smile, after he rounded his day off standing three hours at first slip in the 36°C heat.

“I’ve never been here before so it’s been pretty different but you just feel like you’re getting so much out of every training session.

Along with other prominent names such as Josh Philippe, Tanveer Sangha and Matthew Kuhnemann, Pucovski is slated to be in Chennai for only 10 days. And from the outside, it’s reasonable enough to wonder how much any individual can really take out of a camp that’s slightly longer than a week.

But one needs to talk to the players to truly understand just how invaluable this experience is, even supposing the fact that the camp is relatively short.

In Pucovski’s case, he’s encountered never-seen-before alien conditions which, he said, ‘felt like we’re playing a different sport almost.’ He’s had the opportunity to hit endless balls in training on wickets that turn square, something he’s never done before and would certainly not have been able to do back home even if he wished to.

And to top it all off, he’s had the chance to not only closely work with a spin connoisseur such as Samaraweera, but pick up little things from the local Indian batters ‘because they’re used to the conditions and so they do things differently.’

Little wonder that the young Victorian couldn’t get enough of the camp because for someone like him who is still in the formative stage as a batter, right in front of him was a gold mine of information that was of inestimable worth.

In Pucovski’s own words, it took him no more than 5 minutes to learn the first and the most important lesson: ‘how you bat against spin in Australia is not going to work here’.

“You basically have to park how you play spin in Australia back there, come over here and have a completely fresh outlook. I learned halfway through the first training session that how you bat against spin in Australia is not going to work here,” he said, before revealing that one of the goals he’d set for this camp was to build a specific, condition-pertinent training regime against spin in the subcontinent. 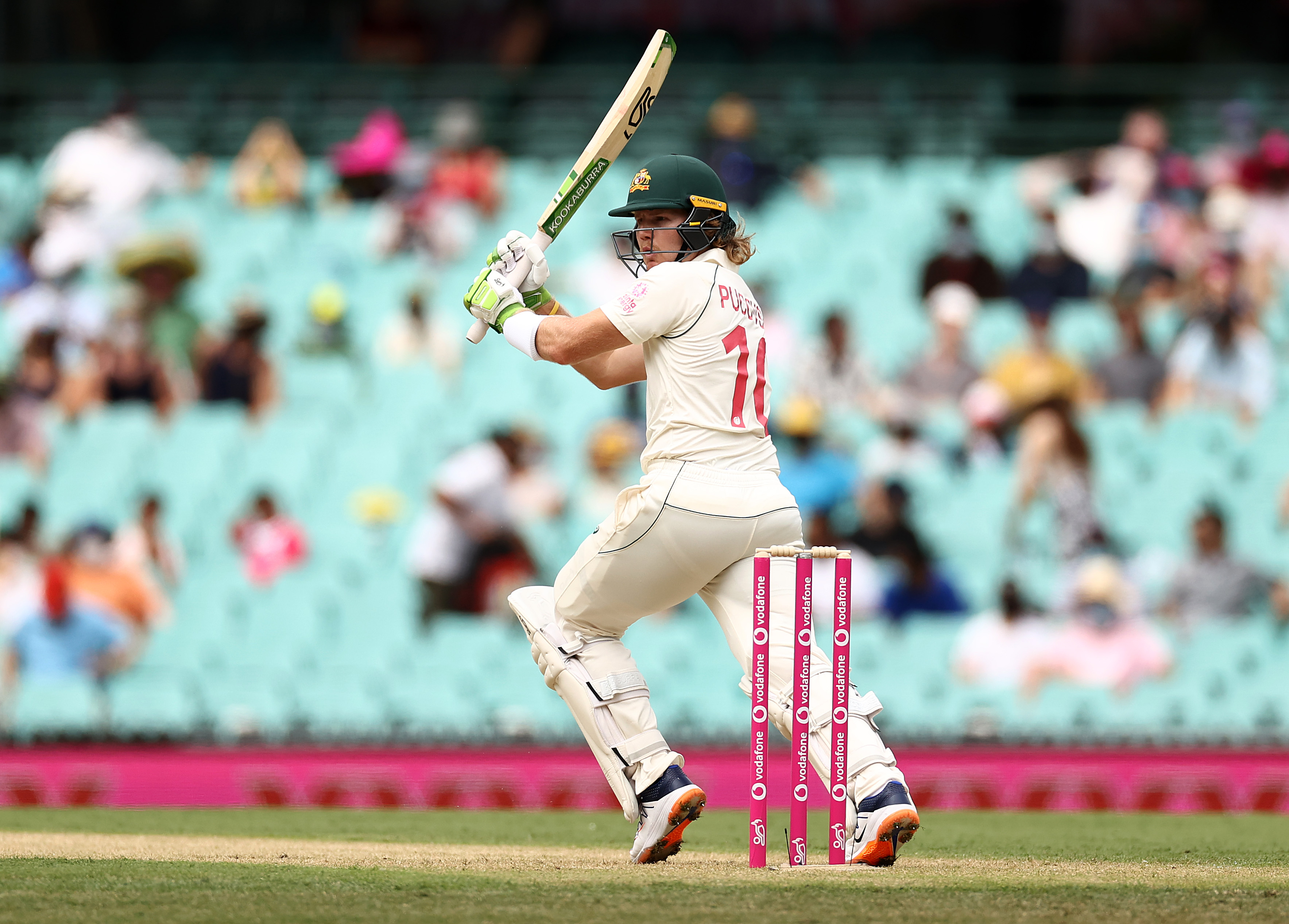 The camp talks were done and it was time to go down the memory lane. Inevitably, we had to ask Pucovski to take us through the series against India, which was unforgettable for him for both the right and wrong reasons.

An astonishing start to the Sheffield Shield season — scores of 255*, 38 and 202 — made the 24-year-old a lock for the first Test in Adelaide but 10 days prior to the commencement of the series, in a warm-up encounter, he suffered yet another concussion — the ninth of his career, at that point —  after being struck on the helmet by a Kartik Tyagi bouncer. The blow ruled him out of the first two Tests of the series.

He returned for the third Test and struck a sizzling fifty on the first day, attracting eyeballs with his effortless and delightful stroke-making, but dislocated his right shoulder on the penultimate day. The injury later forced him to undergo shoulder reconstruction and kept him out of action for over a year.

It was a debut that was bittersweet in every way.

But for Pucovski, the pride he felt representing his country blew the poignancy out of the water.

“Maybe it looks bittersweet from the outside but I was just so proud and happy that I got to play for Australia. That’s something that no one can ever take away from me now.

“That first day when I was batting, once I got through the initial nerves, it felt like I was on cloud nine. It was just so much fun. And it gives you the kind of high that makes you go, ‘gee I just want to get back here.’ To a degree it was bittersweet because I got injured but I was proud of myself simply for the fact that I made it in the first place.”

Two things were evident as our chat with the young Vic extended.

Firstly, there was not an iota of self-pity.

You look at Pucovski’s career trajectory and feel he has every right to think he’s cursed. Essentially, it’s been one step forward and four steps backwards. Concussions — 11 of them, to be exact — and untimely injuries have constantly stagnated his progress and effectively put his career on a leash.

But while his body might unfortunately be a tad fragile, his mind couldn’t be more different.

“The truth is, I have to deal with the ramifications. Everyone is dealt certain cards and I have to find a way to work through the whole concussion stuff,” Pucovski said, reflecting on the many concussions and injuries he’s suffered.

And secondly, Pucovski is someone who always prefers to see things from the ‘glass half-full’ perspective. In a way, it is borderline extraordinary that the 24-year-old has been through what he’s been through and still manages to see the brighter side of things.

“You can’t help injuries, they tend to happen. But I’m only 24 years old and I’ve got so much time left in the game. Maybe it’s all just a part of the bigger journey where I’ll be more ready to play if I hopefully get selected again at some stage.

“It’s been a kind of reality check for me, that cricket isn’t everything.

“There’s so much more to life. In a way, it’s been good because you learn so much about yourself as a person. You’re having to take some paths that you might never have gone on. I definitely have no regrets or any sadness that anything’s happened because everything has been a part of a journey that’s taken me to where I currently am.”

Pucovski tells us he’s got into a few breath-work programmes, hired a mind-coach and currently has multiple specialists in his team to take care of his brain and body.

But before boarding the team bus to leave for the hotel, he drops one final pearl of wisdom when asked if he ever felt it challenging to keep the fire burning inside.

“Not really, to be honest. It’s just a management thing. It’s just human behavior — some days you wake up and think, ‘jeeez, I wish I were somewhere else’ and on other days you’re going to be so excited. It’s just how it works.

“For me, it’s just been about accepting that fact more than anything. It’s not going to be perfect everyday. Things are not going to go exactly the way you want them to but understand there are going to be tough times and great times.”