Will push for T20 World Cup's relocation in absence of visa assurance from India: Ehsan Mani 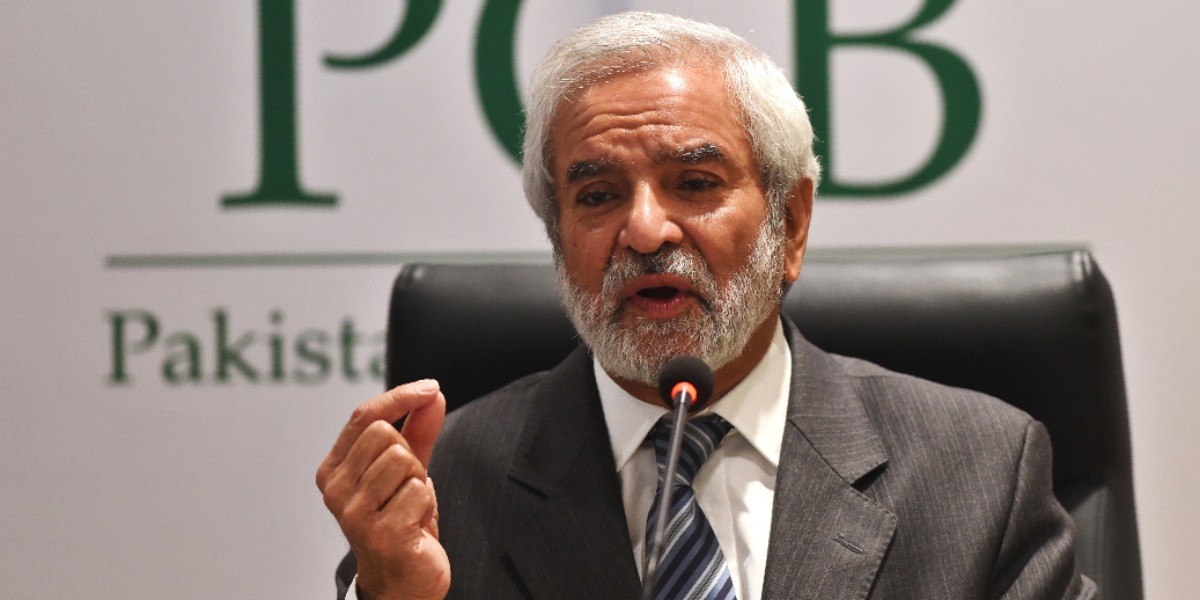 Will push for T20 World Cup's relocation in absence of visa assurance from India: Ehsan Mani

During an interaction with reporters at the PCB headquarters in Lahore, Mani said his board had expressed their views to the ICC

Pakistan Cricket Board chairman Ehsan Mani said they will push for the upcoming T20 World Cup's "relocation" to the UAE if India doesn't provide a written assurance that its team, fans and scribes will be granted visas for the event.

During an interaction with reporters at the PCB headquarters in Lahore, Mani said his board had expressed their views to the ICC.

"There is a need to change the 'Big Three' mindset," Mani said.

"We are not seeking written assurance for the visas of the national team only, but for the fans, officials and journalists as well."

The veteran cricket administrator added, "We have told the ICC that India should give written assurances by the end of March so that we know where we stand or we will push for the relocation of the World Cup from India to UAE," he said.

India is scheduled to host the T20 showpiece in October-November.

Mani also said that they wanted written assurances from the BCCI about the security arrangements for the Pakistan entire contingent.

He said on Friday the assurances were necessary given the "existing relationship" between the two countries.

In the absence of bilateral cricket between the two countries, Mani said his board had made its intentions clear to the game's stakeholders -- within and outside the country -- that "PCB plans to run our cricket without India."

The PCB chairman also said the board was hopeful that all its cricketers would get vaccinated by the month of March and revealed that the upper brass was in contact with the National Command Operation Centre, which is coordinating Pakistan's coronavirus response.

Mani said that the PCB had worked a lot in getting teams to resume touring Pakistan for Test and white ball cricket.

He highlighted the board's efforts in hosting international cricket -- which saw tours from Zimbabwe for three ODIs and as many T20Is and South Africa for two Tests and three T20Is -- and an entire domestic season despite the COVID-19 pandemic.

Mani said that the PCB had not consulted the ICC before taking a decision to have full-fledged domestic and international cricket activities in the country for the current season.

He also expressed disappointment over Cricket Australia's decision to not send its men's team to South Africa and said, "At the peak of the virus in England in the summer of 2020, the Pakistan men's team toured England."

Speaking about this year's Asia Cup, he said Sri Lanka Cricket (SLC) had created a window for the event, which will be held in the T20 format.

Mani open for an extension if offered

Mani is willing to continue to the job if he is given an extension by the PCB's patron-in-chief, Prime Minister Imran Khan.

Mani's three-year tenure as PCB chairman will end in September this year but he told reporters in Lahore that he is open for an extension.

"I never asked for this job nor did I talk to the PM about it. He entrusted this responsibility to me and I have tried to do my best," said Mani, a former ICC president.

Mani said he was satisfied the targets he had achieved, which he set while assuming charge in September, 2018.

"Our CEO Wasim Khan has played a big part in bringing back international cricket to Pakistan despite the COVID-19 pandemic and stressful conditions. I would like to see him being given an extension of another three years, he said.

Mani said the board had not only succeeded in bringing back international cricket to Pakistan but had also worked hard on improving the overall structure of the game in the country.

Mani said he was also happy to see the PCB in a financially stable position, at a time when other boards were struggling due to disruption of cricket activities because of the pandemic.

Mani and Wasim initially faced a lot of criticism because both were brought by the Prime Minister from England to help improve the Pakistan cricket set-up.

The PCB chief said while he welcomed constructive criticism based on facts, he was disappointed over personal attacks.