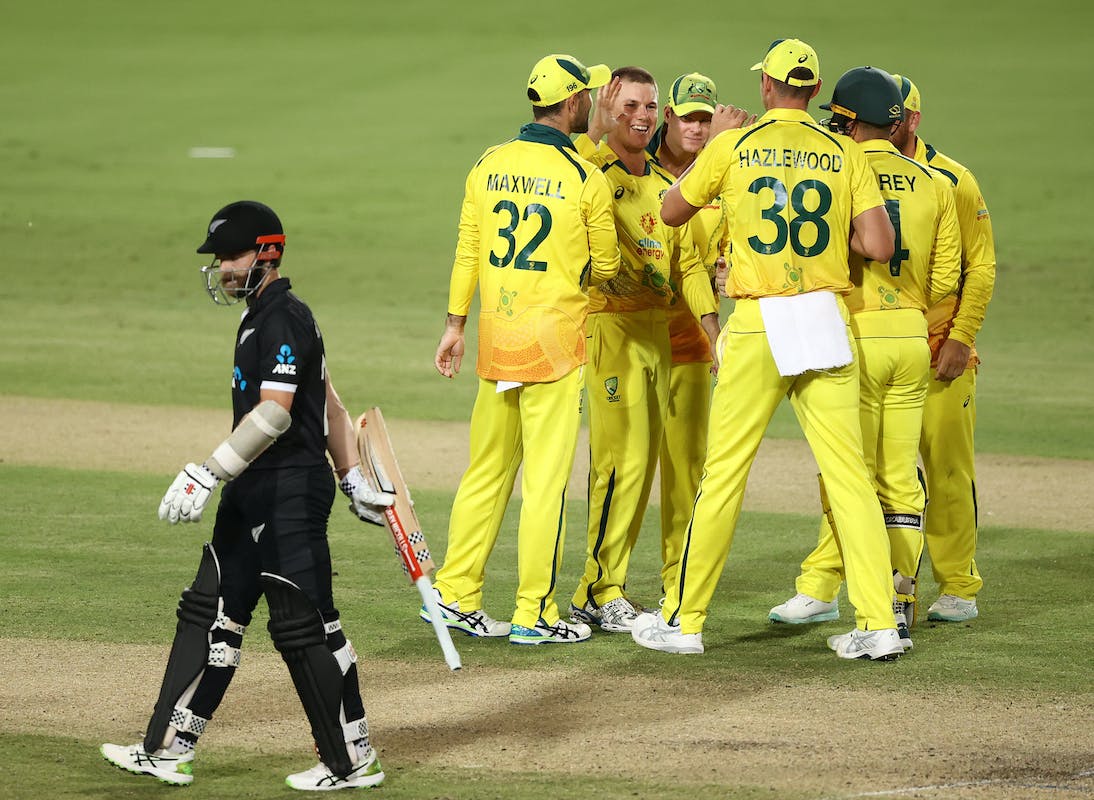 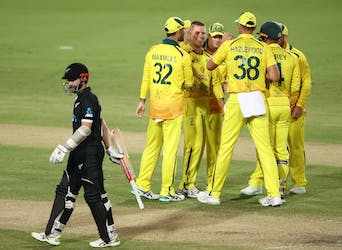 New Zealand captain Kane Williamson was disappointed with his team's batting horror show against Australia as they were bundled out for 82 runs in the second ODI on Thursday.

After restricting Australia to 195/9 in 50 overs on a sluggish pitch at Cairns, New Zealand were reduced to 14/3 in 8.5 overs. Williamson, who at a point played 16 consecutive dot balls in his knock of 17, was dismissed in a strange fashion by missing a full toss by Adam Zampa and given LBW.

"No doubt the conditions are tough but we have to be a little bit smarter. Today I thought we were too soft in terms of our dismissals, we did need to try and weather the storm a bit," Williamson said after the match.

Zampa (5-35) ran riot as the Black Caps were reduced to 54/7 and avoided their lowest ODI total of 64 all out thanks to 32-run contribution from their final four batters.

"It was going to be a challenge, but if you could try and stick together. There wasn't a lot of scoreboard pressure so you try to reverse that momentum later in the game and get through the tough spells," Williamson added.

The defeat also meant Australia clinched the Chappell-Hadlee Trophy by 2-0 with one game left. New Zealand, meanwhile, lost their No.1 ODI ranking to England by slipping to second.

"The new ball was quite challenging and Australia were just outstanding with the lengths they are able to hit, the pressure they built, and they got some early wickets as well. It is almost old-school one-day cricket where you are just trying to get through spells. As we saw, Australia were able to get two partnerships that were able to get them a competitive total, so certainly some lessons to learn," Williamson said.

Zampa, who recorded his career-best figures, was surprised by the slow run rate across both innings.

"To be honest, I haven't seen a run [economy] rate like that in an ODI probably ever. Our guys showed some serious discipline. I mean Hazlewood and Starc were both excellent, but in particular Sean Abbott, who has been in and out of the team. Think over five, six, seven years, he has played five or six games," Zampa said.

The legspinner played down his bowling efforts as he felt that he reaped the rewards of his teammates' discipline.

"I bowled terribly. Well, I wouldn't say terribly...but was one of those days where I felt a little bit off, probably wasn't quite at my best but there was a lot happening. Sometimes when it's like that and you are bowling to the tail you can go searching for wickets, which I did, [but] probably felt like we were in position to go searching for some wickets tonight. I think I reaped the rewards of the guys who bowled before me," Zampa said.