Winning the World Cup only way to get rid of 'chokers' tag: Wayne Parnell 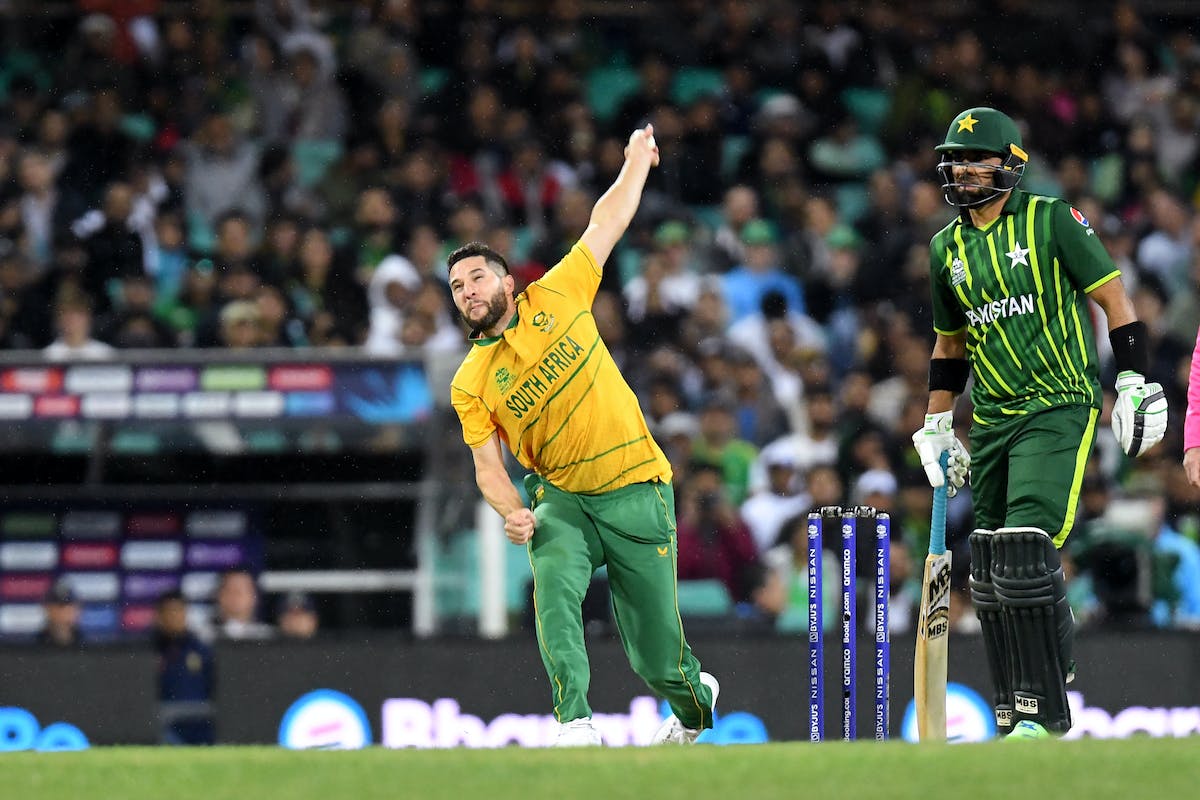 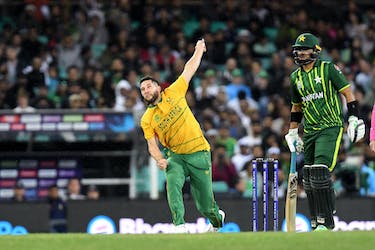 Winning the World Cup only way to get rid of 'chokers' tag: Wayne Parnell

South Africa are just one win away from making the semi-final of the T20 World Cup 2022. They have been to the semi-final of a global event on numerous occasions but are yet to take that punge and make it to the final. They have often been referred to as 'chokers' for their failure to turn up in big matches and all-rounder Wayne Parnell says wining the T20 World Cup is the only way to get rid of that tag.

"I think that's probably the only way to kind of get rid of it, if you want to kind of call it that. It's always going to be there," Parnell said ahead of South Africa's final Super 12 game against the Netherlands on Sunday (November 6)

"So I think when we get that first trophy, hopefully it will go away. But until then, I think it's always going to be there. It's just something we have to deal with."

Parnell also reckons that the fact that the team has bonded well off the field has helped them in putting up better performances on it as well. He reveals that the team has made it a point to refrain from social media and talk about the games gone by and learn from them.

"I think it's certainly something that we've tried to do: Just trying to spend time together. Trying to actually talk about cricket as well. I think that's probably something that has kind of been lost with, like, social media and phones and all of that. After games you generally pick up your phone. You're on WhatsApp. You're on social media," Parnell explained.

"We actually made -- not really a pact, but it was something we spoke about I think it could have been back in India in June. Just to actually have moments where we just talk about cricket, talk about games that have gone past, what we did well, what we could have done better, and just learning.

"I think that's the nice thing as well. You know, all of us are at different stages of our careers. We've played different amounts of games, and it's just about taking on the experience that we've picked up and just trying to help people get better.

"I think that's the sort of key thing for me is that there's a genuine want for people to, firstly, do well, but then also for your partner to also do well.

Speaking of what has changed in the team from when he made his debut to 2009 to now, Parnell says that the bond and unity between the players is extremely strong now.

"I think the first thing that really stands out is the unity. I think people really enjoying other people's successes. I think also, you know, around just trusting each other. Not really looking at one or two players to put in performances for us," Parnell, who has picked up five wickets at an economy rate of 5.83 this edition, said.

"I think also everyone is hungry to obviously go the distance. So, yeah, that's probably the one thing that really stands out for me."

It will be a reunion of sorts for Roelof van der Merwe 13 ODIs and as many T20Is for South Africa, but now plies his trade with the Netherlands. The Dutch go into the game at the back of an impressive win over Zimbabwe and a win over South Africa could dent their chances of progressing.

Speaking of the Proteas van der Merwe said, "I think South Africa is a good outfit. I think we've played some good cricket at stages this tournament, and we know on the day we can turn them over if we just stick to what we've been doing well and just compete on the day."

While it has been a successful tournament for the Netherlands, who had to play the first round of the tournament to get into the Super 12s, van der Merwe reckons the game against Bangladesh was theirs for the taking and the scenario could have been much different.

"Yeah, I think if you look at our previous game against Zimbabwe, we had a good win. I think you always want to get as far as you can in the competition, so you always talk about semifinals and finals and winning trophies," van der Merwe, who had to miss a couple of matches through injury, said.

"I think the interesting thing is when we look back at like one of our first games against Bangladesh, if we had won that chase, that success would be how different it could look. That's all in the past now, and tomorrow the boys are ready, they're excited, and we're looking forward to the challenge against South Africa."

We have seen Namibia beating Sri Lanka, Scotland beating West Indies and also Ireland beating England as well. Van der Merwe does not feel the word "upset" is apt in these circumstances.

"I think you look at the different formats and then you look at T20 cricket, the shorter the format is, the closer the teams are. I don't think there's as many -- well, they call them "upsets". Like 10 years ago, there would have been one a tournament. I think you're seeing it more and more happen now," the Netherlands all-rounder reckons.

"Guys, teams are getting more clued up on how they want to prepare and what needs to be done in winning games, so I think that's definitely something that's evolved over the last 10 years or so.

"But yeah, teams are getting closer to the guys at the top, which is good to see. It's good for cricket. Hopefully that can continue, and there's more type games coming."

With Netherlands already eliminated from this edition of the tournament, they still have a chance to finish fourth in the Group 2 table. For that to happen, both Bangladesh and Zimbabwe have to lose their respective matches on Sunday which will guarantee them a spot in the 2024 T20 World Cup.