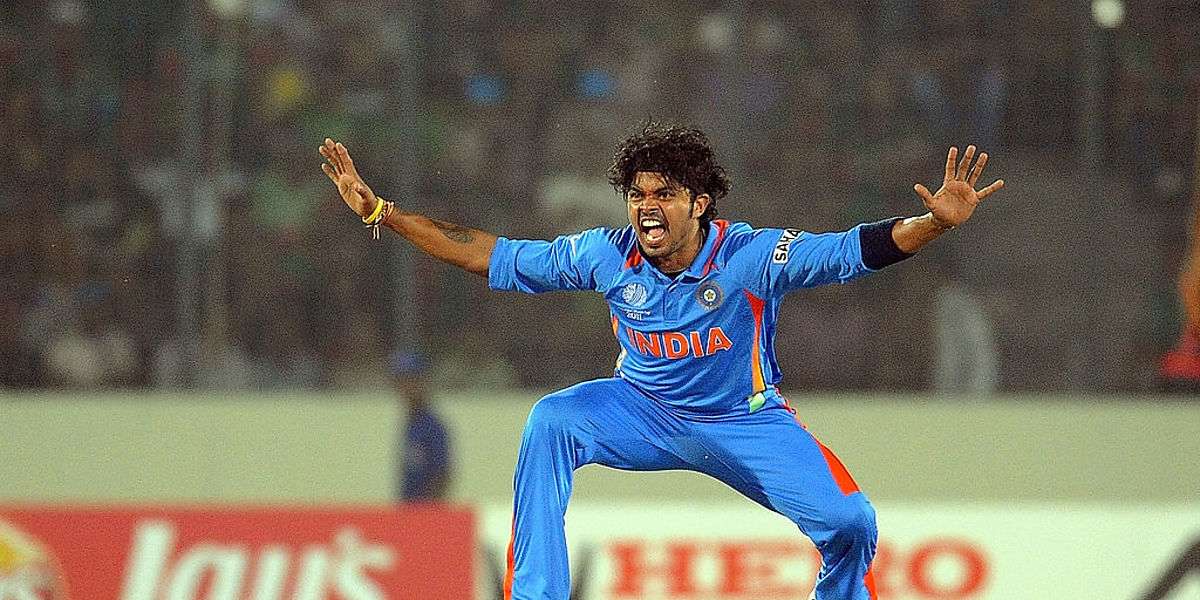 "I am bowling for three hours for six days a week. First two hours with the red ball and the final hour with the white ball"

A 'theatre of dreams' called Indian Premier League turned into a nightmare seven summers back and S Sreesanth is getting ready for a long and arduous road towards redemption with lessons in mental conditioning from Michael Jordan's former trainer Tim Grover.

Sreesanth is keeping no stone unturned as he gets up as early as 5 am to attend online mental conditioning classes from noted NBA physical and mental training coach Tim Grover, who has worked with the likes of Michael Jordan and Kobe Bryant.

"Grover was one of the biggest names in NBA. I attend Grover's online sessions from 5.30 am to 8.30 am thrice a week. In the afternoon, I train from 1.30 pm to 6 pm at the indoor nets in Ernakulam with a lot of Kerala U-23 players and Ranji Trophy players like Sachin Baby," Sreesanth told PTI in an exclusive interview.

Having served seven years of suspension for his alleged involvement in the 2013 IPL spot-fixing scandal, one of India's most talented swing bowlers is now gearing up to wear the whites for Kerala again but that's just a part of his goal.

"I will put my name for sure if I am performing well, which I think I will," Sreesanth, who is all set to play for Kerala in Ranji Trophy this year, said.

"There are teams which will be interested and I have always told myself that I will again play IPL. That's where I was thrown out and I will make sure I am back on that platform, win matches," said the 37-year-old, who has 169 wickets from 90 international games for India.

The scars are still there and he wants that platform back, own that stage and get closure for a harrowing seven years of his life.

"The only place through which I can give an answer is through IPL even if I play for India. I want to face the fear and that's the only way to live life.

"Most of my fear was about what would people say when I play my next cricket match. I am sure all those people will realise what I went through and who are behind it," he said.

"Everything will come out sooner or later. I will make sure that I have that much performance to get picked," Sreesanth asserted.

He is training four and a half hours daily to get back into rhythm and have those lethal outswingers going.

"I am bowling for three hours for six days a week. First two hours with the red ball and the final hour with the white ball. So, I guess around 12 overs I am bowling every day to build stamina. The aim still is to play for India, not just win Ranji and Irani Trophy," said the articulate Sreesanth.

A lot has changed in the past seven years. Will he be able to trust people the same way? A pause follows.

"You know, nobody asked me this question and come to think of it, it's making me emotional. Yes, I will still like to trust people maybe not blindly. I now know, where I should be seen and with whom. I have forgiven people but not forgotten anything.

"But come to think of it, trust is a very under-rated word. Take 'T' out of Trust and all you have is rust. You need to trust people. I was told in my dark days, I will see nobody around me. But those who gave that theory were wrong.

He acted in four movies -- two Bollywood, one Malayalam and one Kannada movie for which he got the Best Villain award.

"I had to earn money since I wasn't playing cricket. I had a family to take care of, pay EMIs and bills. So I earned through movies and kept afloat. But for the next five years, it's just cricket," he said.

So did he go through phases of depression? The answer is a rather surprising no.

"People confuse between loneliness and depression. When I was granted bail and walked out of jail, on a flight back home, I had promised myself one thing -- I won't cry in front of my parents. I didn't.

"I see people are saying, that please talk to others. I see it differently. Talk to yourself. It's a process of self-discovery. Read a lot. I tried to gain knowledge of Vedas, read Malayalam literature, my father has an amazing collection," said the proud son.

So at 37, will he be keener on playing only white ball or red ball and he answers before one can even finish the question.

"Any game brother. I am ready even if I die while playing one game. You are asking me about formats? It's like telling a thirsty man on Sahara desert, 'Bro, we don't have juice and you have to make do with water'. Of course I will play everything," he said.

There is one thing that's been signature Sreesanth and stayed with him even in times of despair -- unwavering confidence.

"I am not finished yet. You will see me bowling again. Tough times don't last but tough men do," he signed off.