With other teams cheering on, Ireland aim to pull off the ultimate upset 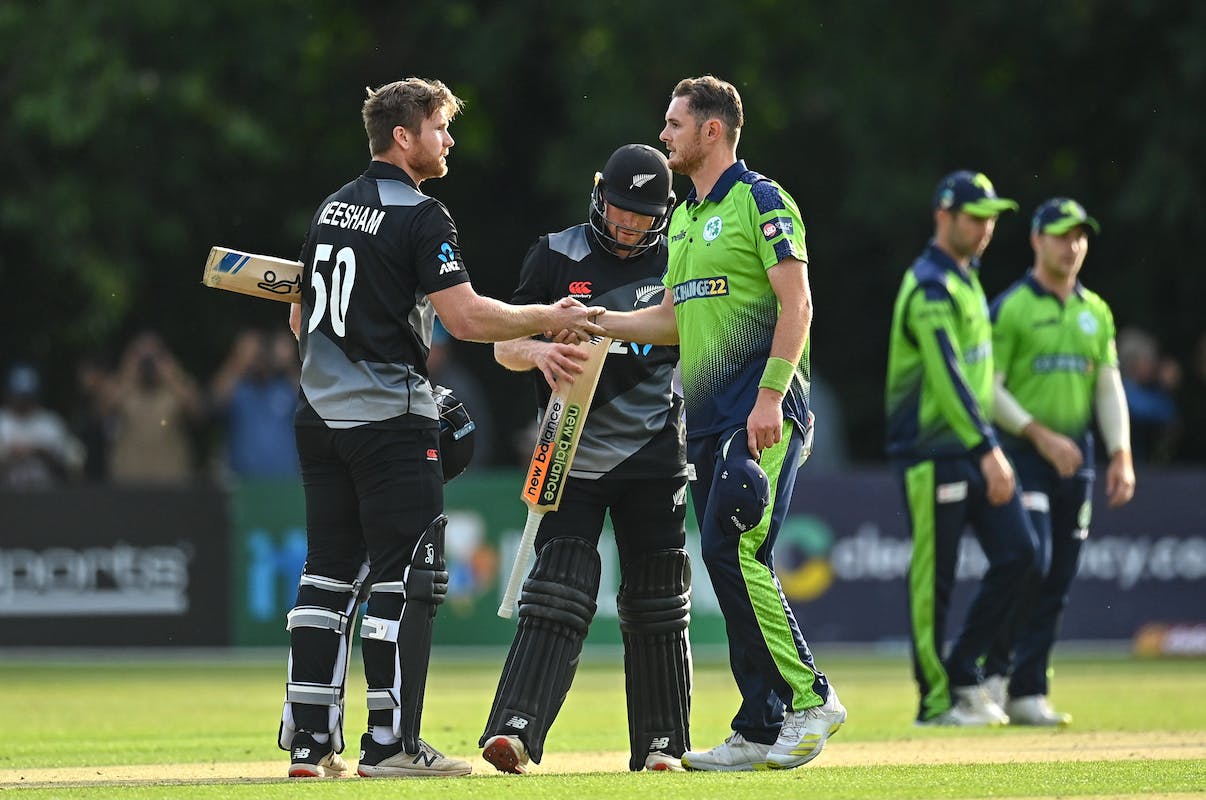 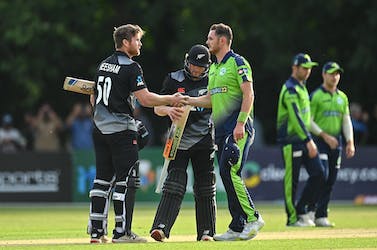 With other teams cheering on, Ireland aim to pull off the ultimate upset

An Irish victory against New Zealand on Friday will make all of Australia, England and Sri Lanka’s path to the semis straightforward

In general, Ireland have always been a well-supported underdog. Ever since their heroics in the 2007 World Cup, they’ve managed to find a special little place in the heart of cricket fanatics. And so, over the years, they’ve always found themselves being cheered on by the neturals notwithstanding their results.

But make no mistake, on Friday, the Irish, led by Andrew Balbirnie, will be cheered on like never before. In just over 12 hours’ time, Ireland will be supported by fans across the world — except one set, no prizes for guessing who — and they’ll be getting the kind of backing we’re only accustomed to seeing the subcontinent sides get.

Why? Because an Irish victory at the Adelaide Oval on Friday will make all of Australia, England and Sri Lanka’s path to the semis straightforward.

Should Ireland beat the Kiwis, then all that the aforementioned three teams will need to do is win their final encounter to make it to the final four. Australia will really fancy their chances in that case, given they’re up against a thus-far-winless Afghanistan side, and so will both England and Sri Lanka, who take on each other on Saturday.

In a way, India and Indian fans would also be hoping for an Irish victory, for that would knock out their bogus team and ICC event nemesis New Zealand from the World Cup altogether.

But it is important to admit that all of Australia, Sri Lanka, England, India — and their respective fans — would kinda be hoping against hope, for on paper, the BlackCaps will enter Friday’s encounter as clear favorites. The Kiwis still top Group 1 and in their history, they’ve not lost a single international encounter against Ireland: 11 played, 11 won.

The two sides locked horns in a three-match T20I series earlier this year and New Zealand wiped the floor with Ireland in all three matches, thrashing the Men in Green 3-0.

That being said, the Irish did give the BlackCaps a mighty scare in the ODIs earlier this year — twice Ireland fell agonizingly short — so those results, combined with Ireland’s form in this T20WC, suggest that there’s enough for the Kiwis to take the Irish threat seriously.

Mind you, with a victory, New Zealand will not only qualify but will end up topping the group.

A washout will spell trouble for the Kiwis but the good news is that Friday’s forecast is clear. In all likelihood, we’ll be getting a full 40-over contest. Worst case scenario, we’ll be losing a few overs like we did in the India-Bangladesh clash on Wednesday.

The penultimate day of Group 1 promises to be a cracker and we’ll rightly be kicking the day off with an explosive clash!

New Zealand need Conway back at his best 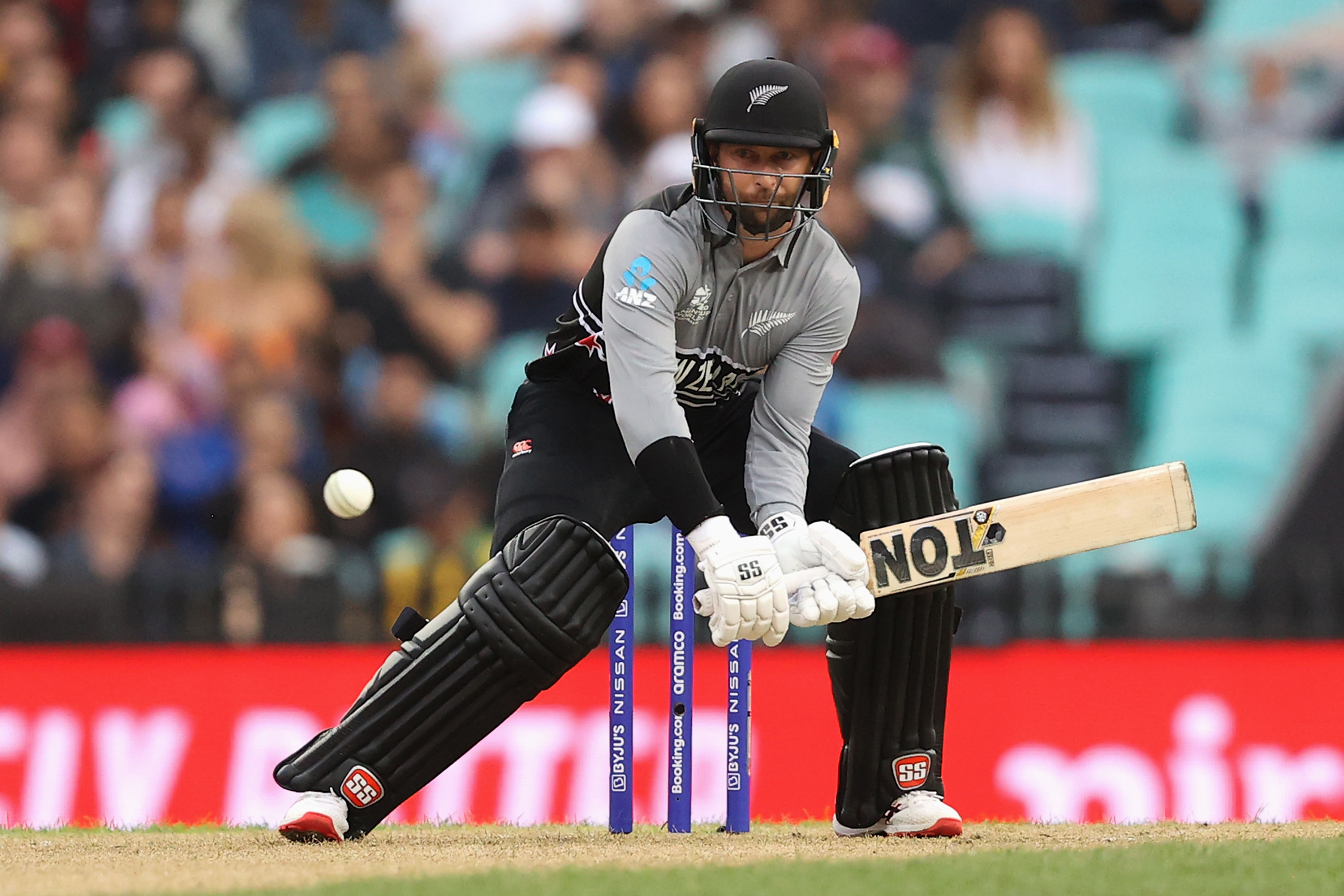 It is true that the Kiwis are being actively hurt by the form of Kane Williamson. All year long, the Kiwi skipper has looked like a shadow of his own self, and against England, his run-a-ball 40 in a chase of 180 proved to be match-losing.

But in a way, New Zealand are used to this. They know that they cannot expect a whole lot from Williamson in the form he is in. And no we’re not going to get into ‘dropping’ talks because, well, let’s be realistic.

What the Kiwis aren’t used to, however, is Devon Conway enduring failures. Believe it or not, Tuesday was the first ever instance of Conway registering back-to-back single-digit scores in T20Is.

Such is the sublime consistency with which Conway has batted since debut, that New Zealand almost haven’t had to worry about what will happen ‘if’ he fails.

The Sri Lanka encounter was a warning sign but the England clash pretty much proved how pivotal Conway is to this line-up.

In many ways, he is the nucleus of the batting unit; the glue that holds everything together. Get him and the entire balance gets disrupted, particularly in the form Williamson finds himself in.

Ireland have a pace attack that can do serious damage in helpful conditions, thus New Zealand will be desperate for Conway to get back amongst the runs after two uncharacteristic dismissals.

The batting unit will automatically heal and fire should that happen.

Key sub-plots to watch out for

In his T20 career, Finn Allen’s average of 20.7 against left-arm pacers is the lowest for him versus any bowling type. Against England, he was dismissed by a left-armer, Sam Curran. In this regard, Ireland may look to attack the opener early with Josh Little.

So far in the Super 12 stages, Ireland’s average of 11 against spin is the worst among all sides. Against Australia, the duo of Maxwell and Zampa registered figures of 4/33 in 6.1 overs. Mitchell Santner and Ish Sodhi, hence, will hold the key in Friday’s clash. It remains to be seen if the Kiwis opt to play a third spin option by bringing in all-rounder Michael Bracewell. Even if they don’t, don’t be surprised if Glenn Phillips bowls an over or two.

Catching will be key, especially for Ireland. So far in the Super 12s, their catching efficiency of 62.5% is the worst amongst all sides (six drops in total). Glenn Phillips has already been the lucky recipient of three dropped catches; he made Sri Lanka pay and nearly single-handedly took the game away from England. Should he give another early opportunity, the Irish need to make sure that they hold on to it.