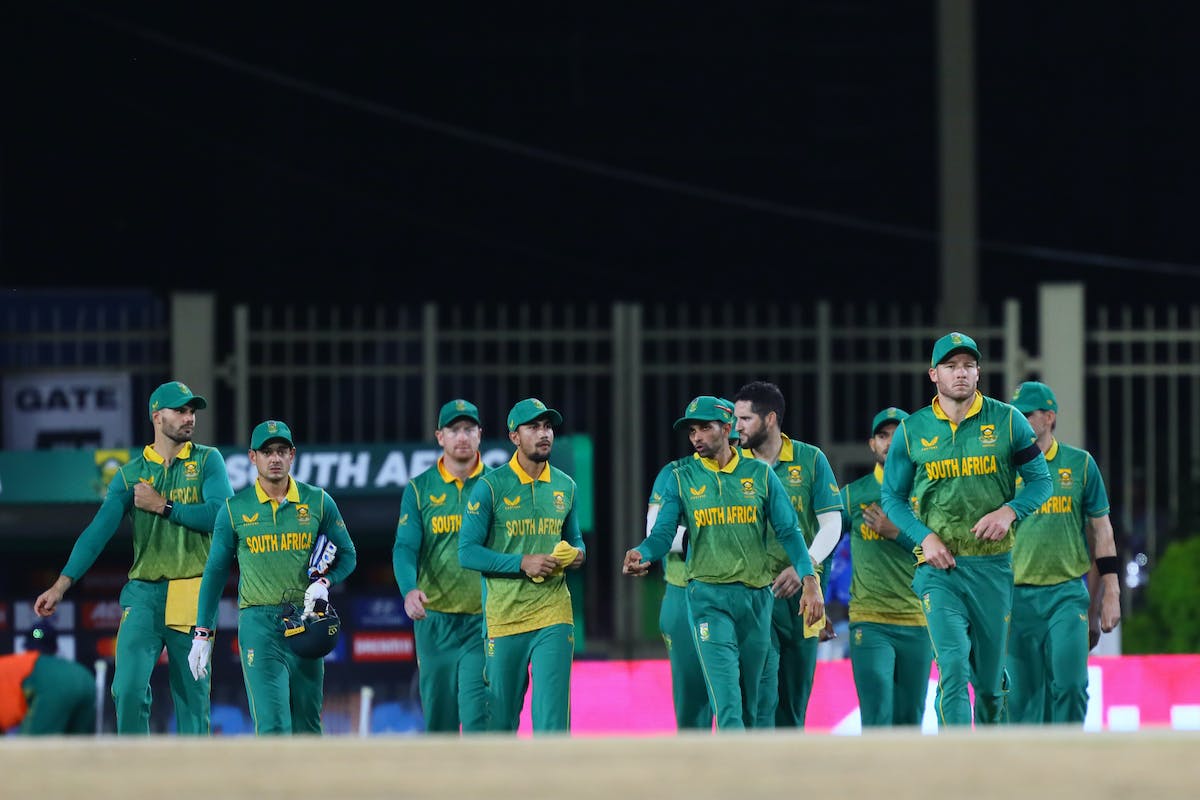 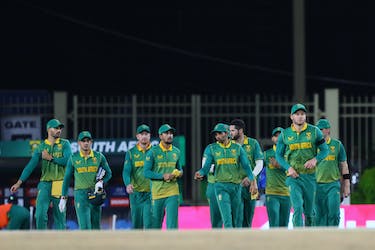 A series loss would be catastrophic for the visitors, considering what lies ahead for them

In an ideal world, South Africa would have loved to have had their first-choice T20 side in Australia right now, indulging in preparation ahead of the T20 World Cup that’s set to kick-off in just a few days’ time.

But circumstances — i.e. their own underperformance in the 50-over format — have left them with no choice but to field all their best players in the ongoing ODI series against India, for at stake is World Cup qualification.

Less than optimal? Indeed. But still fine if the objective (series win) is achieved ultimately.

With one game left in the series, however, the Proteas are now staring at the potential prospect of ending up with the worst of both worlds: getting zero T20WC preparation while simultaneously doing no good to 2023 World Cup qualifying chances.

The worst case scenario for the visitors would have been to get whitewashed at the hands of a second-string Indian side. But still a series loss would be as big a catastrophe, considering the circumstances and what lies ahead.

For their own sake, then, South Africa need a victory in the series decider on Tuesday.  With due credit to Eminem, “Success is their only ************* option. Failure’s not.”

ALSO READ: Amidst the T20WC hullabaloo, a do-or-die ODI series for South Africa

Biggest challenge for the Proteas? Stopping the Shreyas Iyer train

Much like Mohammad Rizwan in T20s, Shreyas Iyer, in ODIs, seems to have figured out the ultimate secret to keep piling on the runs.

After 29 innings, he's averaging 47 and striking at nearly 100. That's elite in itself. But take into account his recent form and it's absolutely bonkers: 4 fifties and an unbeaten hundred across the last six innings, a total of 404 runs accumulated at an average over 80.00. 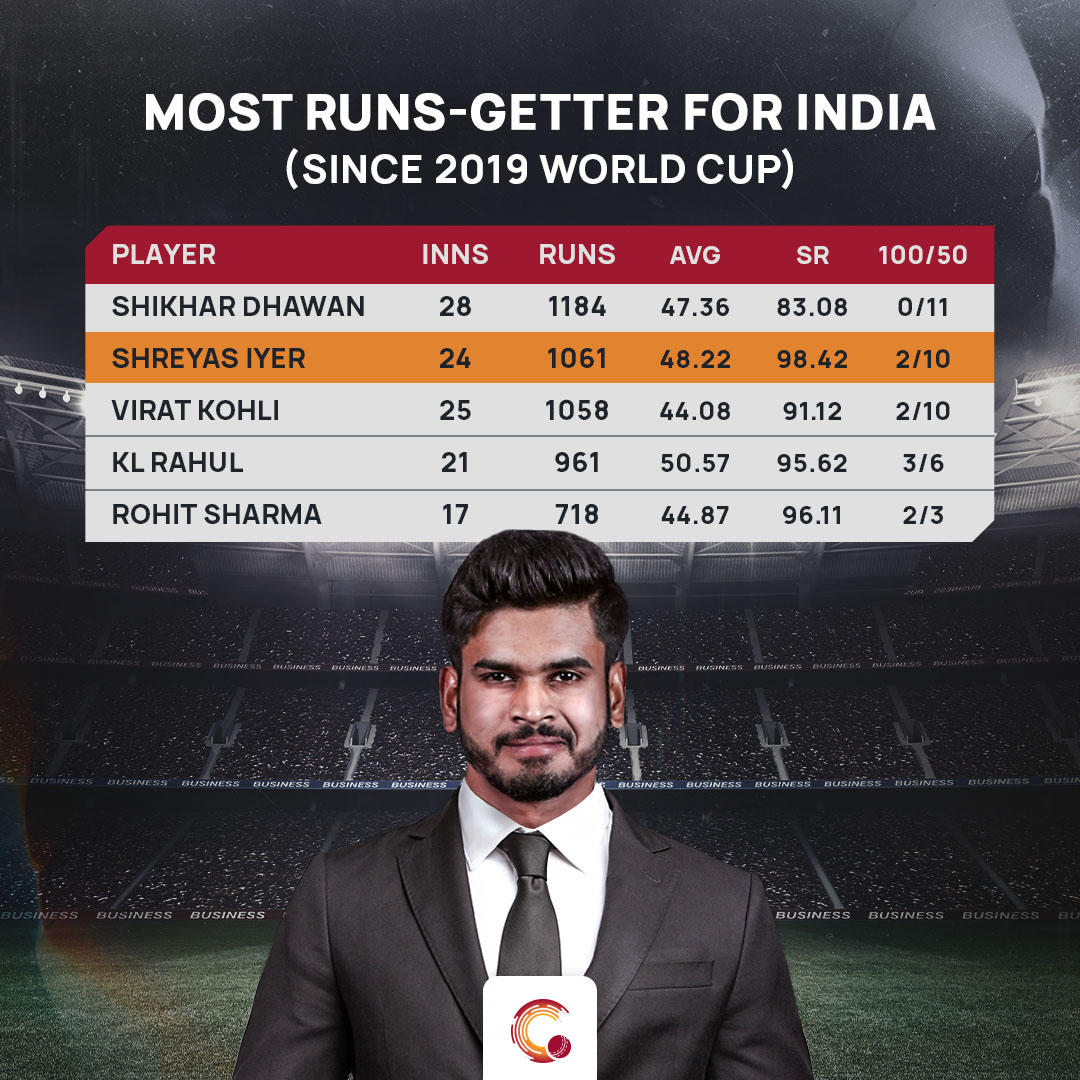 So far this series, Iyer has been the single biggest thorn in South Africa's path.

In the second ODI in Ranchi, the Proteas had a slight sniff when Rabada saw the back of Gill. One more wicket and they would have fancied their chances of running through the middle-order and ultimately pocketing the series.

But Iyer stood like an impenetrable wall. He kept the bowlers at bay, absorbed everything that came his way before gradually going through the gears and putting the bowlers to the sword.

He played a vastly different role in the first ODI in Lucknow and there, though he wasn't able to take the team over the line, his counter-attack brought India right back into the game and nearly enabled Samson to pull off an improbable heist.

It goes without saying, then, that if South Africa are to emerge victorious in the decider, they’ll have to find a way to stop the Shreyas Iyer train.

Of course, easier said than done. The next and obvious question that arises is ‘how?’.

Cliched as it may sound, the Proteas’ best bet at nipping Iyer’s innings in the bud might be to pepper him with short stuff, presumably using the pace of Anrich Nortje.

Iyer, in ODIs this year, has been pretty much untouchable against both pace and spin, but if we are to nitpick, pretty much the ‘only’ area he’s struggled has been short stuff.

He’s averaged 19 against short balls vs the pacers, his lowest against all lengths. Notably, he’s also struck at just 70.

Across the first two matches of this series, South Africa bowled just a total of four short (10 m or more) balls against Iyer, largely sticking to the good length. The strategy clearly did not click, thus the Proteas will have nothing to lose by opting to go all-out in the third game.

Even if they were to err a bit, bowling back-of-a-length might not be the worst of outcomes.

Iyer perished against Ngidi in the first ODI to a back-of-a-length ball, and he’s relatively only fared ‘alright’ against these kinds of deliveries since 2021, averaging 36. In comparison, he’s averaged 76 against good-length deliveries.

Across the first two games, the Proteas bowled to Iyer without a clear plan. They can ill-afford to do the same come the decider.

Janneman Malan’s form - a concern for the Proteas

After a near-perfect start to his ODI career, Janneman Malan is currently in the midst of his first challenging phase in international cricket. The right-hander, since his 91 against India in Paarl in January, has managed just 185 runs in 9 innings at an average of 20.55, striking at a mere 64.68.

His dwindling form is perhaps the only concern for the Proteas on the batting front, but it’s significant enough due to how the side’s batting is structured in this particular series.

In the absence of the run-machine that is Rassie van der Dussen, the Proteas rely heavily on their openers to do the bulk of the run-accumulation, but Malan’s lean patch has meant that the visitors have started the matches on the back-foot, giving no cushion to the middle-order.

The 26-year-old has become increasingly vulnerable against pace.

24.5 is all Malan has averaged against the quicks in ODIs this year, striking at 70.25, with 8 of his 11 dismissals coming against the faster men. A noticeable pattern has been just how many times he’s found himself dismissed ‘caught’: remarkably, 7 of Malan’s 8 dismissals this year vs pace have been ‘caught’. He was out ‘caught’ in the first ODI as well, a leading-edge popping into the hands of short mid-wicket.

Malan fell to Shahbaz Ahmed in the second ODI, but it’s the quicks who have tormented him overall. In particular Siraj, against whom he managed just 16 off 25 balls across the first two games.

Only time will tell if this is a mere lean patch or Malan has an underlying technical issue that needs fixing, but whatever it may be, South Africa desperately need the 26-year-old to hold his ground and put runs on the board come the decider. The middle-order did the heavy-lifting in each of the first two games, but it’d be naive to expect them to do yet another rescue job.

India might have pondered giving caps to Patidar and Tripathi had Tuesday’s encounter been a dead rubber, but with the series still on the line, expect the hosts to field an unchanged XI.

Fitness will probably dictate what South Africa do with their XI. Should everyone be fit, expect Bavuma and Ngidi to walk back into the XI.