With whitewash in sight, India’s team combination remains a suspense 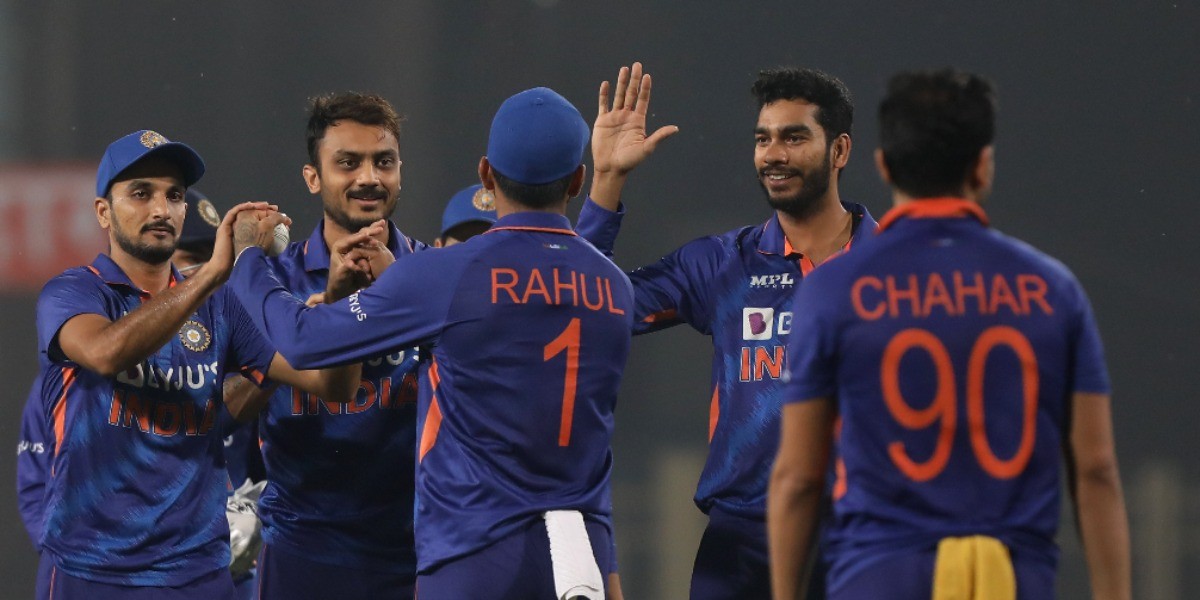 With whitewash in sight, India’s team combination remains a suspense

Sunday’s clash will be a dead rubber, but ‘to rotate or to not rotate’ remains the question

Despite New Zealand having reached the T20 World Cup final, there was little doubt that India, heading into this series,  were firm favourites - even without the services of Virat Kohli, Jasprit Bumrah and Ravindra Jadeja. And the first two matches pretty much stayed true to the anticipated script.

However, ultimately, the Men in Blue, who despite resting seniors still have a world-class T20 side that has the ideal mix of youth and experience, proved to be too strong for the Black Caps, who looked down on energy and motivation.

And it’s understandable, given they were asked to play an inconsequential bilateral series merely hours after a draining T20 World Cup in which they saw their hearts get crushed in the final.

2-0 up in the series already, India, on Sunday, will have the chance to kick-start the Rahul Dravid era with a whitewash. The question, though, is - with the series already in the bag, will the management be looking to ring-in changes?

Will we see rotation from India in the third T20I?

When you have a side 2-0 up in a three-match bilateral series with little significance, you would expect wholesale changes in the third and final game, a dead rubber. Especially when there is an abundance of talent waiting in the sidelines, eager to get a game and prove a point.

But skipper Rohit’s words post the second T20I suggested that, for the time being, India will be prioritizing only results.

“It is early to think about changes in the next game. Whatever suits team India, we'll do that. We need to make sure we look after the guys who are playing now. They haven't played a lot either. For the guys who haven't played, their time will come, there are a lot of T20s,” Rohit said after sealing the series win.

Should India make no changes, after all, it would mean all of Yuzvendra Chahal, Avesh Khan, Ishan Kishan and Ruturaj Gaikwad exiting the series without getting a single game. Such an eventuality would be a disappointing outcome, particularly given India already have the series sealed. Not to mention, this was anyway a low-stakes series in the first-place.

It would also make sense to rest the likes of Ashwin, Axar and Rahul, all of whom have a Test series to play in under a week’s time.

But like Rohit said, “there are a lot of T20s” between now and the next T20 World Cup, so there is still enough time for experimentation.

For the time being, though, India’s team combination for the final T20I remains a suspense.

An important match for Deepak Chahar

The third T20I will be a game of great significance for one man, and his name is Deepak Chahar.

India’s struggles with the ball inside the powerplay in recent times have been well-documented, and in the aftermath of the T20 World Cup, Chahar’s name came up quite a lot, as a potential solution.

This three-match series was seen as the perfect opportunity for the right-armer to show what the team was missing.

But thus far in this series, Chahar’s showing with the ball has turned out to be underwhelming and disappointing.

As things stand, Chahar, across the first two games, has been the most expensive specialist bowler in the series, but what’s been concerning is his lack of potency with the new ball.

Chahar has conceded 48 runs off the 4 overs he’s bowled in the powerplay this series, picking a solitary wicket, which also was courtesy a miscue from Guptill. 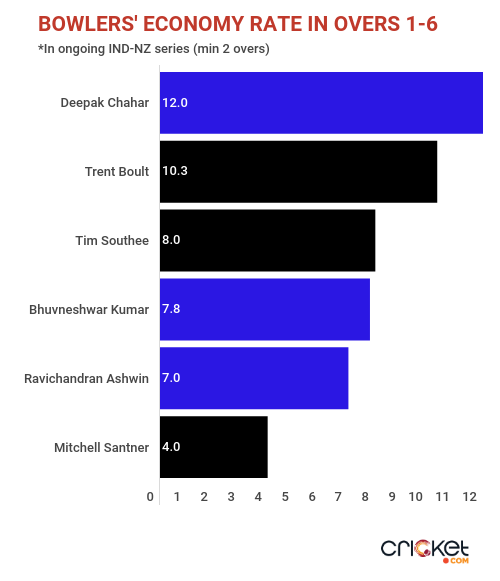 Quite concerningly he has not found any swing, seam or bite, and has been an easy target for the Kiwis, who have latched onto his bowling everytime Rohit has thrown him the ball.

Ironically, the only phase he’s been effective in has been at the death, where his 2 overs have cost just 14 runs.

With Bhuvneshwar showing signs that he still has got the cutting edge, with Siraj and Harshal making rapid strides and with Avesh waiting in the sidelines, pressure is mounting on Chahar.

It’s been two months since Chahar took more than one wicket inside the powerplay in a T20 but if there ever was an ideal time to do it, Sunday is the day.

After a bright start to CPL 2021, things have gone haywire for Tim Seifert, who currently finds himself in a rut in T20 cricket, struggling to score runs batting in the middle-order.

The wicket-keeper batsman has not passed 15 in each of his last 10 innings, and he has so far struggled immeasurably in this ongoing T20I series, scoring just 24 runs across 2 innings off 26 balls. Regardless of the pitch, conditions and bowler-type, he has simply found it impossible to buy a run.

New Zealand are generous and thus will most likely not axe Seifert from the squad even if he endures another failure in the third T20I, but for his own good, the 26-year-old desperately needs a big score.

Seifert’s stocks have plummeted massively since mid-September, but he will go a long way in erasing those uncomfortable memories by notching up a big score come Sunday. And in a way, the stage is set for him to do so, with the final T20I set to be played in his now-adopted home, Kolkata.