With World Cup looming, India have one last chance to fine-tune plans 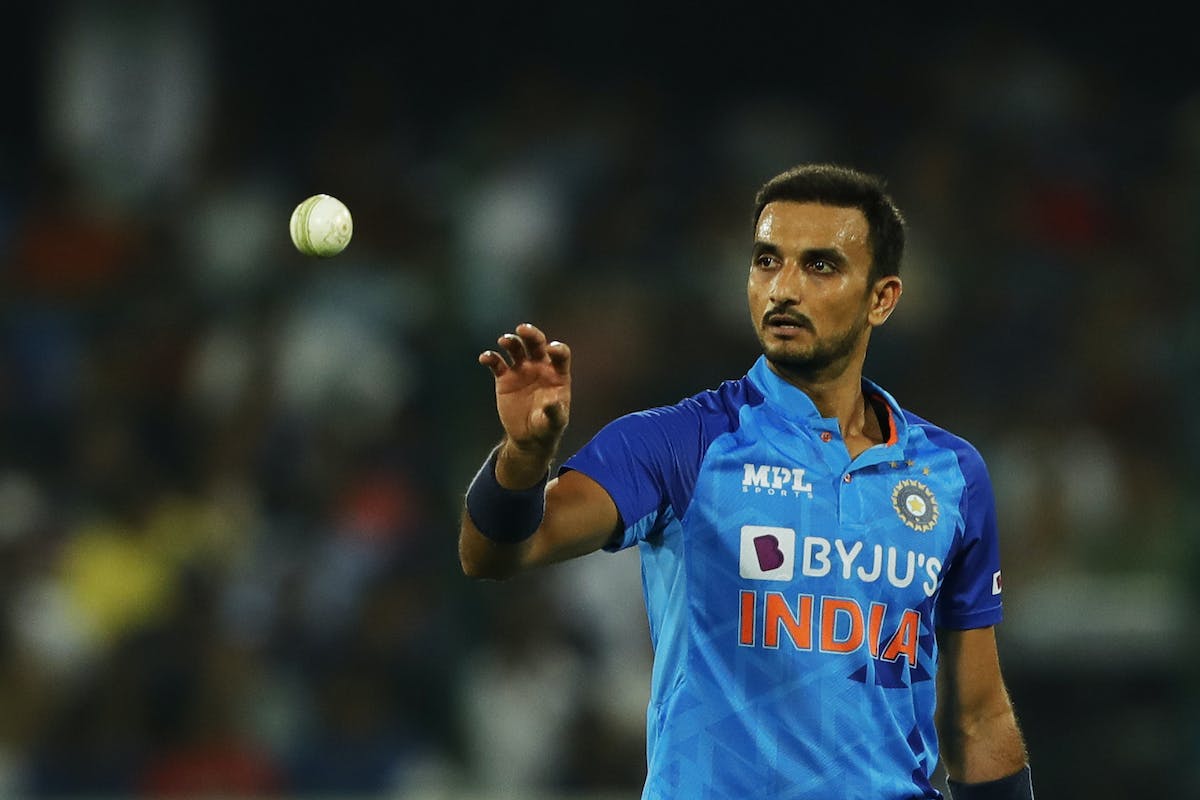 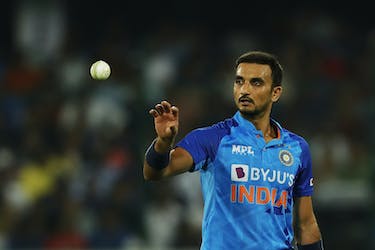 With World Cup looming, India have one last chance to fine-tune plans

India might have beaten Australia, but there is plenty of fine-tuning that still needs to be done 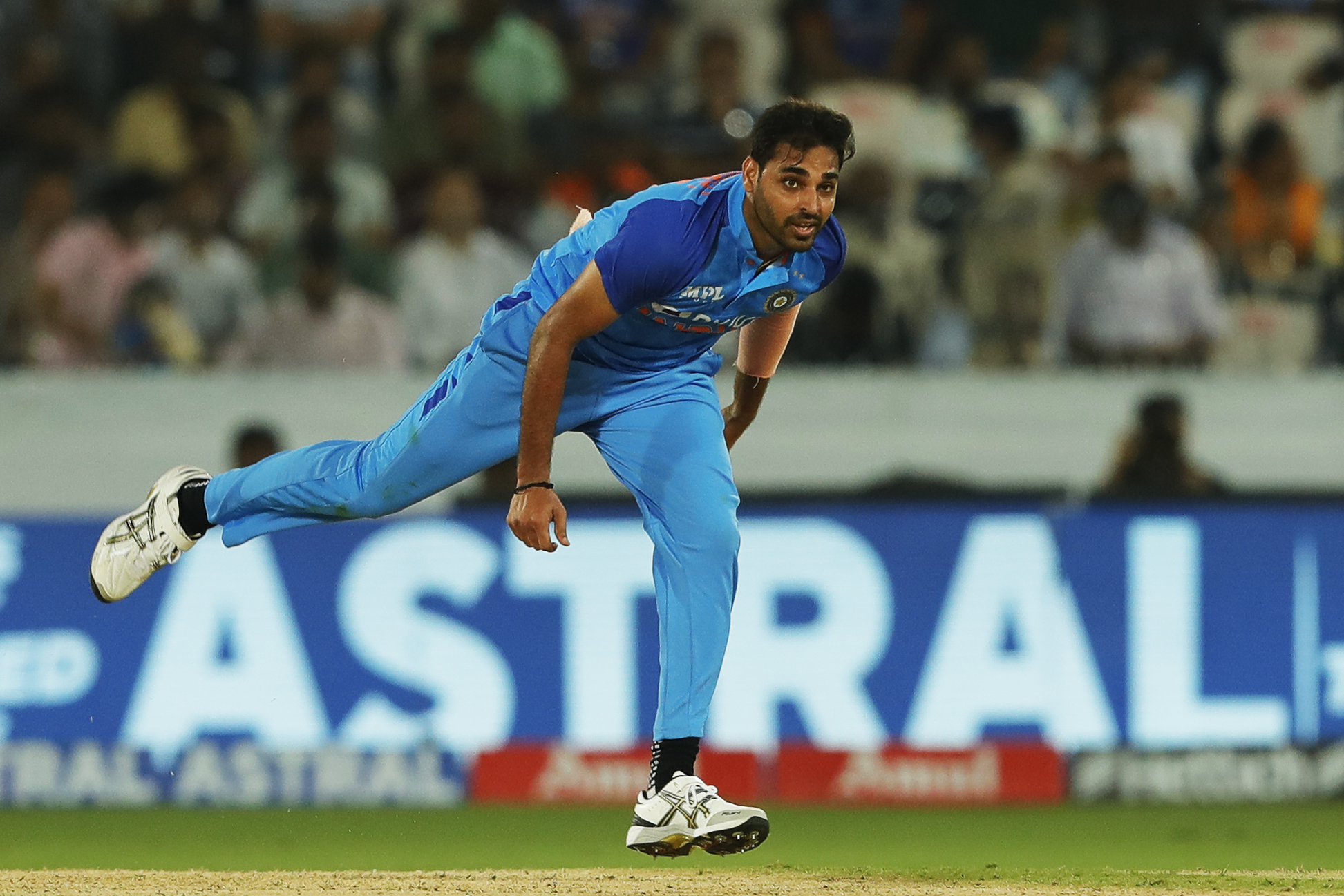 In an ideal world, India would have preferred to enter the T20 World Cup not only knowing what their best XI is, but having played a bunch of matches with the strongest possible side. But a month ahead of the World Cup, with just three games remaining, here they are — unsure who their second and third pacers in the XI are, Jasprit Bumrah being the only lock in the pace department.

It wasn’t supposed to be like this. For the longest time, Bhuvneshwar Kumar and Harshal Patel were considered to be locked, the duo were expected to constitute the pace battery alongside Bumrah. But Bhuvneshwar’s woes at the death coupled with Harshal’s unremarkable return — 1 wicket @ ER 12.37 — has left everyone wondering what India’s actual first-choice pace attack is.

What’s obvious is that Arshdeep Singh’s claim to be in the starting lineup has gotten stronger following what unfolded against Australia. Whether he finds a permanent spot in the starting lineup, and who he subsequently replaces in the XI, might just depend on the developments that take place in the South Africa series.

As things stand, it does seem like Harshal’s place is more vulnerable than Bhuvneshwar's. For to go along with the fact that Bhuvneshwar is the only ‘powerplay specialist’ in the 15, the management resting the veteran for the South Africa series suggests that they see him as a starter, at least for the time being.

But at the same time, replacing Harshal won’t be an easy call due to what he adds to the side with the bat in hand; in his absence, the team will be left with a significantly long tail.

Given that Arshdeep has shown proficiency bowling with the new ball in both the IPL and in the limited T20Is he’s played, there is, in fact, a case to be made that the left-armer should take Bhuvneshwar’s spot, for such a move will keep the balance of the side intact.

The management will be hoping to zero in on the first-choice pace attack by the end of the South Africa series, but there is a high likelihood that they might not. Perhaps they now regret the decision to rest Bhuvneshwar against the Proteas.

Axar’s bowling is a tick, India now need to get him involved more with the bat 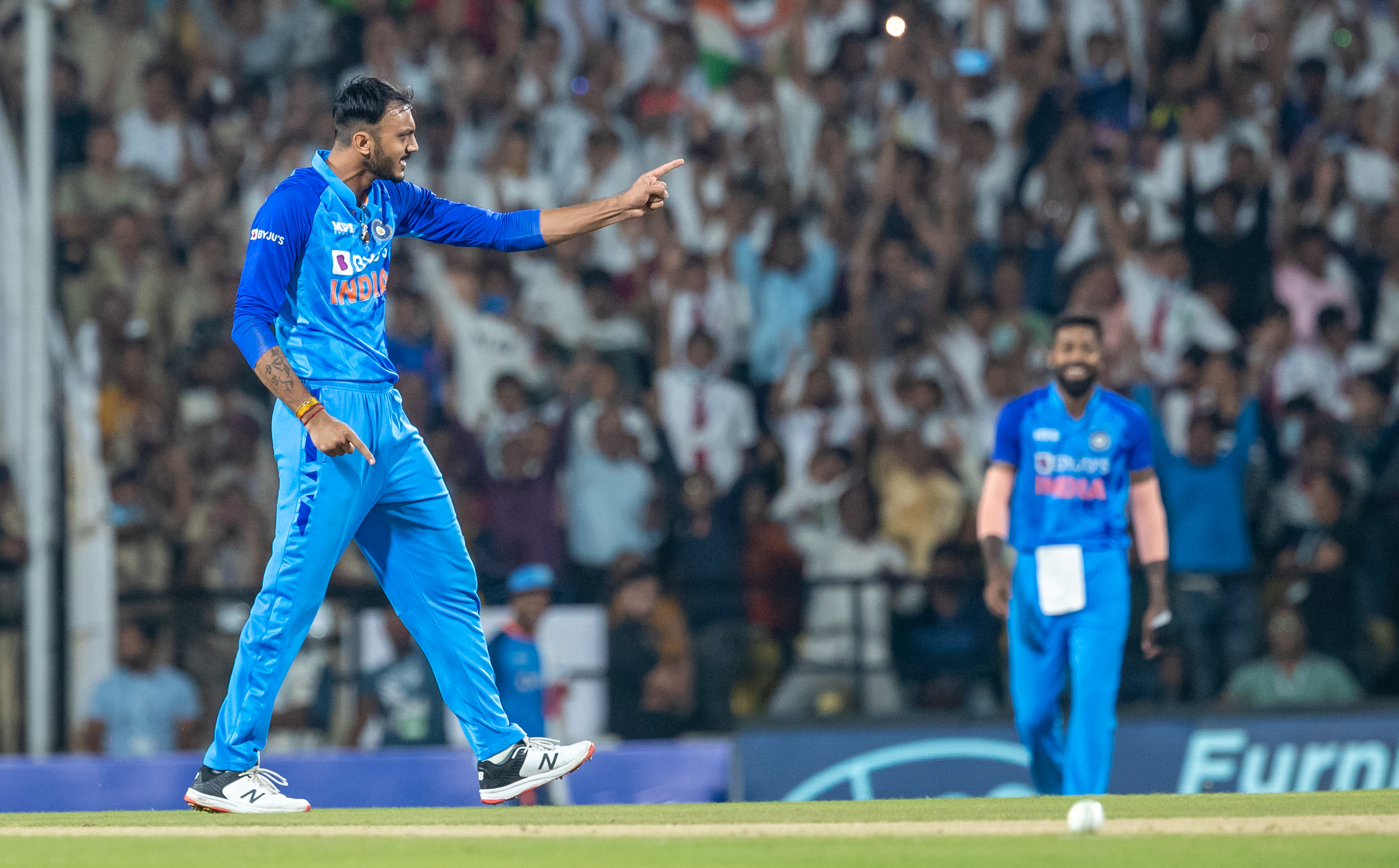 India no longer need to fret over how they’ll replace Jadeja with the ball; against Australia, Axar showed that they arguably have a potentially better, more lethal bowler at disposal, someone that can prove to be an attacking option in the powerplay and torment right-handers all through the innings.

Try and fathom this: versus the Aussies, Axar took more wickets (8) than every other Indian bowler combined. And yes, in a series where 974 runs were scored in 94.3 overs, he maintained an economy of 6.30. Six point three zero.

He didn't simply put to bed doubts over his ability to feature as a frontline spinner. He did so by producing one of the greatest performances by a player in a bilateral T20I series. 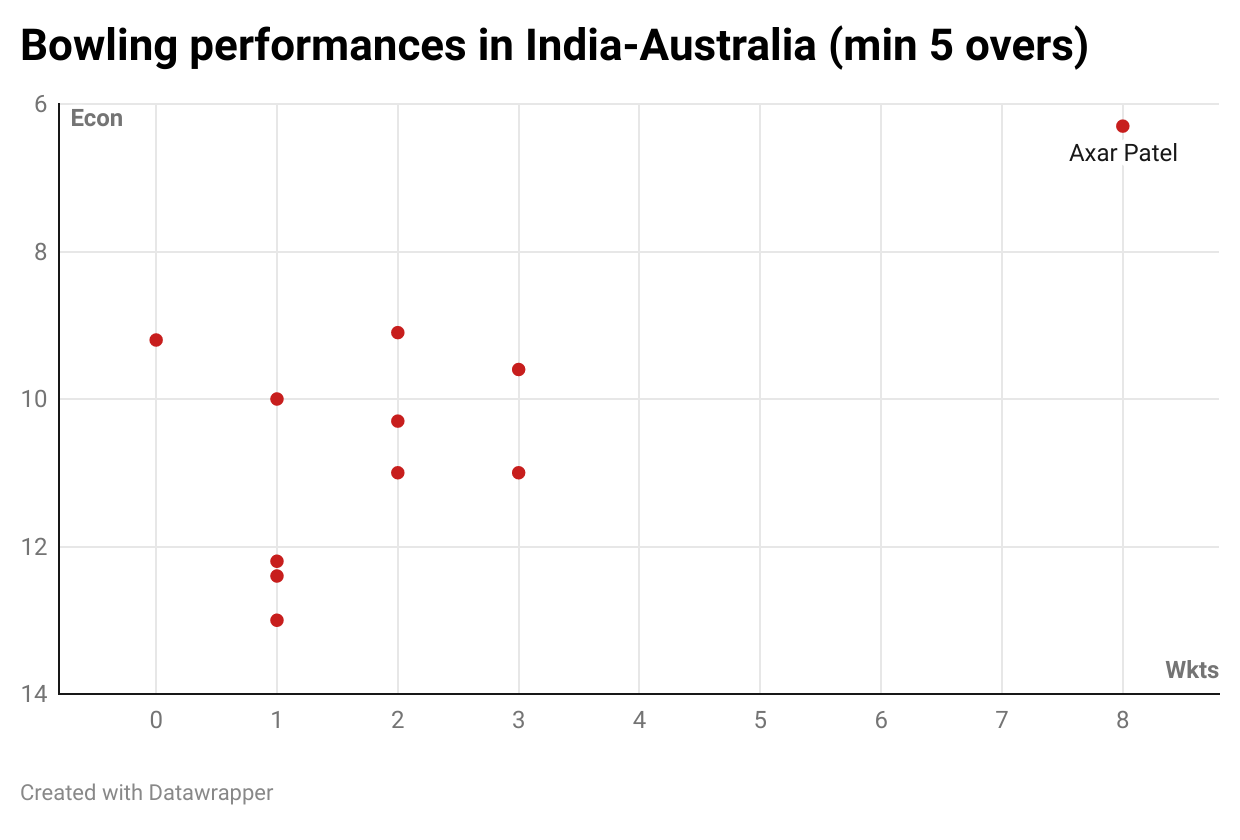 Axar’s bowling, then, is a tick; India now know what exactly the left-armer can do with the ball in hand.

His batting, however, on the other hand, remains fairly untested. Against Australia, Axar only faced 5 balls across three matches, less than ideal for someone that will feature in the Top 6/7, expected to play a distinct role that’s vital to the team’s overall plan. He also did not face a single ball in the entirety of the Asia Cup where he only featured in the clash against Afghanistan.

It is one thing shielding Dinesh Karthik for an over or two by just occupying the crease, but come the World Cup, there might arise a situation where India might need to deploy Axar as a spin-hitter in the middle-overs (being the only left-hander) or rely on the left-hander to finish a game off. In that case, the management would want the all-rounder to be tested, prepared and ready to go.

Thus India are in a position where they need to expose Axar more with the bat, to ensure he has sufficient practice. The three T20Is against South Africa provide the opportunity for just that. Especially in the absence of Hardik Pandya, who has been rested, the door is open even for a potential promotion to No.5 for the southpaw, who seems to have all but sealed his spot in the starting XI. 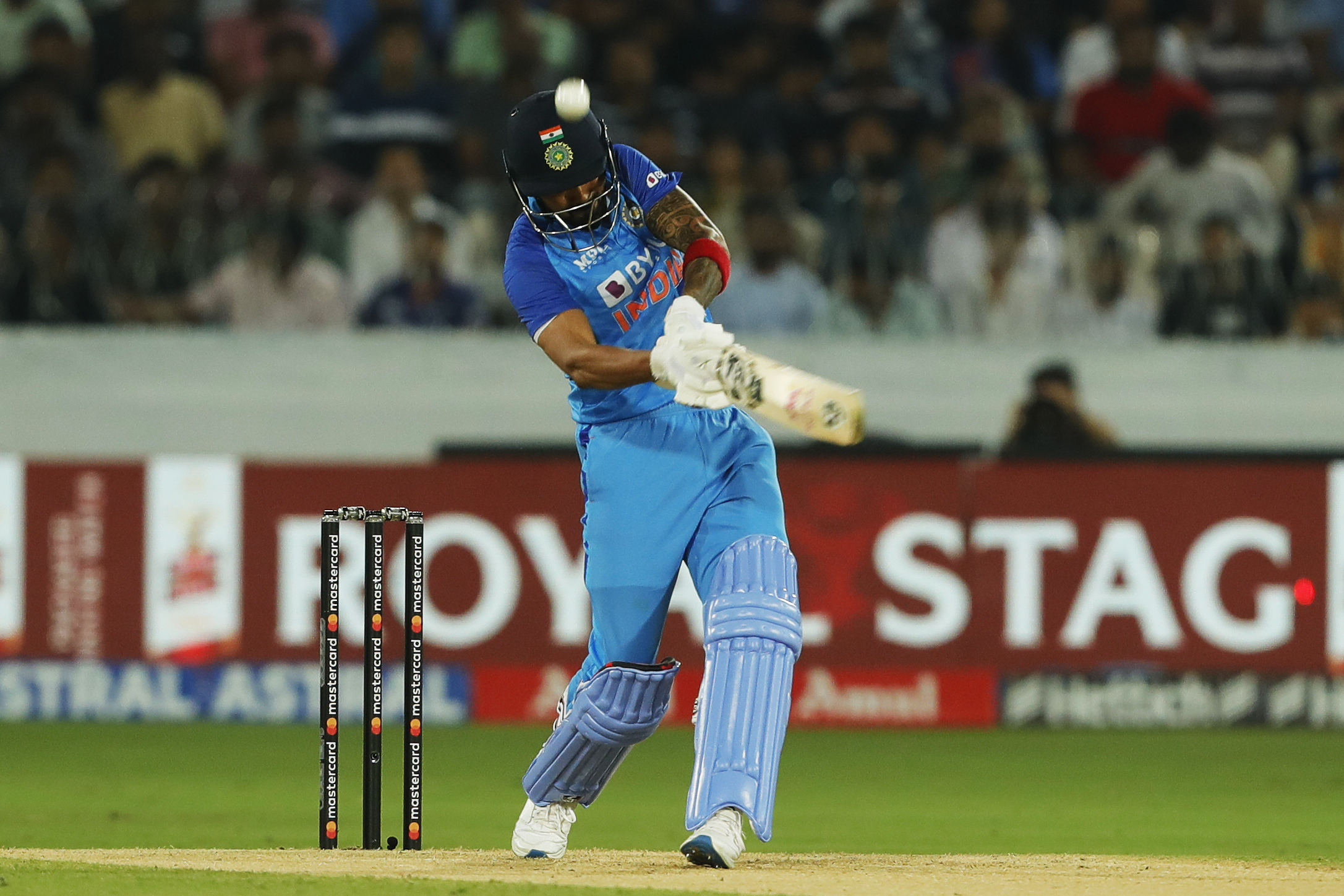 After months and months of experimentation, it does look like India have finally zeroed in on their top six. The only point of contention anyway was the place of DK but the Australia series made it clear that they see him, and not Pant, as the first-choice for the T20 World Cup.

With Rohit, Kohli and Suryakumar all looking in sizzling touch against the Aussies, it seems like from a batting perspective, there are only two objectives for the South Africa T20Is: for Rahul to hit top gear and for DK to spend more time in the middle.

In the first T20I in Mohali, Rahul showed glimpses of his best. For once he eschewed the ‘anchor’ role and the result was spectacular: a blazing 35-ball 55 full of highlights. However, the Indian vice-captain wasn’t able to kick-on from there and his series ended in disappointing fashion, registering scores of 1 and 10.

Against South Africa, therefore, India will be keen to see Rahul hit top gear. Not just show glimpses of his best but actually dominate the series. Rahul finding form, really, will make India’s batting a scary prospect ahead of the World Cup, particularly with the others already seemingly ‘in the zone’.

DK did what was asked of him in the Australia series, taking the team over the line in the crucial second game, but India would ideally want the wicket-keeper batter to spend more time in the middle. Dating back to the start of the Asia Cup, Karthik has astonishingly faced just 9 balls in total. While it is true that the peculiar role the 38-year-old plays does not demand him spending a lot of time in the middle, the last thing India would want is one of their Top six batters entering the World Cup undercooked.

Additionally, with Pandya being rested, the three T20Is against South Africa could also provide Rishabh Pant with yet another chance to find his feet in the shortest format and bolster his confidence ahead of the World Cup, granted he gets picked ahead of Deepak Hooda.