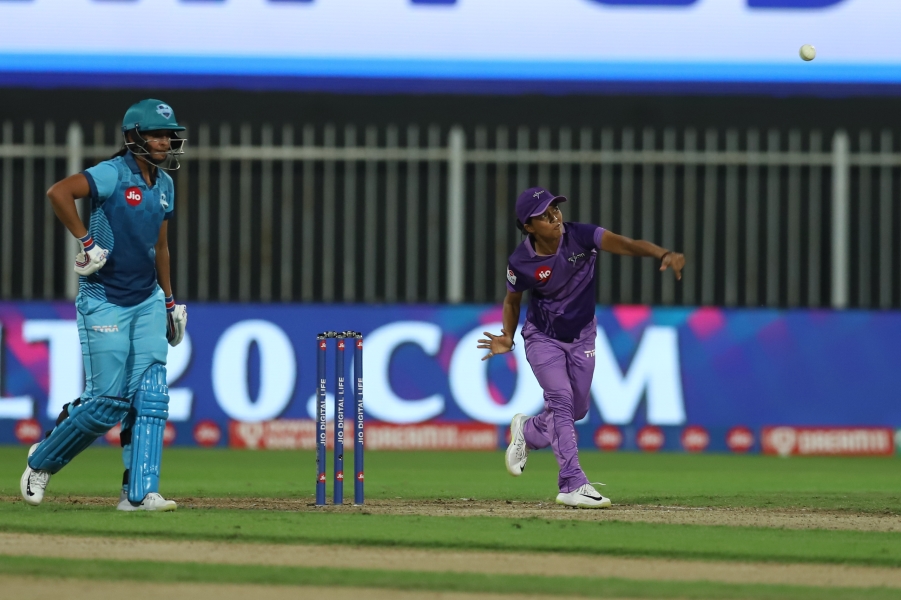 PTI
Working on my bowling weakness, fitness during break really helped: Ekta
Ekta (3 for 22) claimed wickets off successive deliveries in the last over as defending champions Supernovas could not accelerate in the death overs

Left-arm spinner Ekta Bisht said working on her bowling skills and fitness during the coronavirus-induced break helped her to execute the plans as she returned with a three-wicket haul to guide Velocity to a five-wicket win over Supernovas.

Ekta (3 for 22) claimed wickets off successive deliveries in the last over as defending champions Supernovas could not accelerate in the death overs to be restricted for a paltry 126 for 8 in the opening match of the Women's T20 Challenge.

"In the lockdown, I stayed back in Almorah and worked on my bowling weakness with my coach. I also worked on fitness and it really helped. We had a long gap after a hectic season so it was good to be back," she said during the press conference.

"Every match is important. After a long time we are back in action, so it was important to get back confidence and momentum. It all went according to the plan."

Supernovas were going strong at 89 for two in 13 overs with Chamara Atapattu (44) and skipper Harmanpreet Kaur (31) in total control.

But slow medium pacer Jahanara Alam dismissed both the batswoman before the spin duo of Ekta and Leigh Kasperek (2/23) ensured that Supernovas could manage only 10 runs off the last three overs.

"We have been here for over a week quarantining. We were following the IPL matches closely and prepared according to the slow nature of the wickets. It all went according to our plan," Ekta said.

Chasing the modest target, Velocity were in a spot of bother with 65 for 4 and needed 50 runs off the last five overs. But Sushma Verma (34 from 33 balls) and Sune Luus (37 not out from 21 balls) sealed a thrilling chase.

"We wanted to take the match close and take it to the last over. They really did well, all credit to Sushma and Luus," Ekta said.

Supernovas top-scorer Chamara Atapattu said they were eyeing a target of around 150 but they lost their way.

"We were looking to set a target of 140-150. But unfortunately I got out and then we lost a couple of wickets. We have to learn from our mistakes and return stronger," she said.