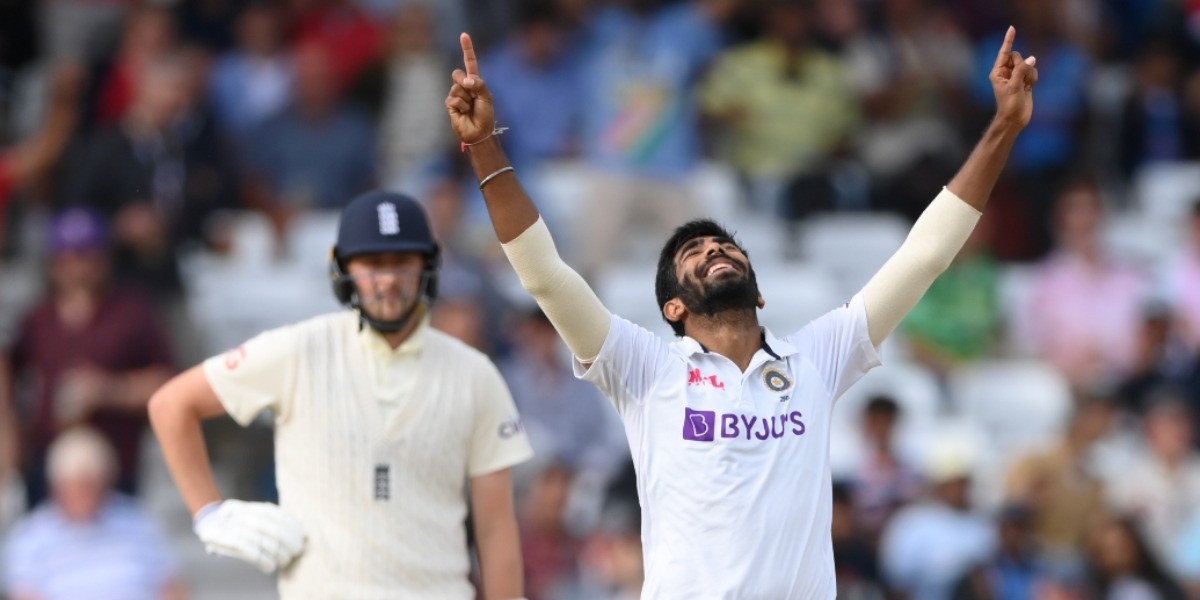 Since making his Test debut in Cape Town in 2018, the India pacer has claimed 101 wickets in 24 matches

South Africa captain reckons Jasprit Bumrah will be one Indian bowler who can exploit the conditions in the country well. Bumrah made his Test debut in the 2018 tour and has gone on to become one of the best bowlers in the format ever since.

Elgar also said the Indian pace attack has improved a lot over the years especially in overseas conditions. "He (Bumrah) is a world-class bowler. If there is one bowler who can exploit South African conditions pretty well, it would be him. But again, we don't focus on one guy. India as a whole is a pretty, pretty good side.

"They've been a pretty good side for the last two to three years and have toured very well of late," said Elgar, who was the only one alongside Virat Kohli to average more than 40 in the 2018 series.

Elgar said senior bowler Ravichandran Ashwin has not had too much success in South Africa but he remains one of the best spinners in world cricket.

South Africa had their training at the Wanderers till Tuesday while the Indians trained in Centurion. "India has been an immensely improved bowling line up especially playing away from home as well. We're very mindful of what we're going to be up against.

"Being in South Africa I would like to think we're a lot more accustomed to our home conditions. So I'd rather be sitting here knowing that than possibly sitting in the Indian dressing room knowing that they have to face our bowlers."

South Africa were dealt with a massive blow when Anrich Nortje was ruled out of the series due to a 'persistent injury.' Kagiso Rabada will now be expected to lead the Proteas' bowling attack with Lungi Ngidi and Duanne Olivier, who returns to the fold after the end of his Kolpak deal.

Elgar expects the track at Centurion to have enough spice in it for the bowlers. "There's always a little bit of spice in South African wickets, especially in highveld region. I wouldn't see too much change (from last series). If you apply yourself as a batter, if you nail down your skills and your disciplines, you can really score runs in Centurion.

"Again, with the ball in hand you can exploit the conditions if you got pace and bounce and if you got some skill and be a little patient from a bowling point of view," he said when asked about the match-up of both the pace attacks.

Talking about the inexperience in the batting line-up, he said: "Professional cricket is about taking your opportunities and making the position your own...if they don't, there'll be other guys knocking on the door.

"But it's always going to be tough playing against the best side in the world. They've got a very good bowling lineup and we are aware of it."

On the return of Oliver, who had quit South Africa to play county cricket in the UK, said he has been received well by the players. "There's no bad feelings about what's happened in the past. I want to win cricket matches and series for South Africa. I'm pretty sure I've got 100% backing when it comes to that.

"So, it's nice to have him back. He's learned a lot playing in the UK. And so he's bringing a lot of knowledge and experience back into the change, which is something that we need at the moment.

"He is a match-winner and if he can win cricket matches for us I'm all for having him back."

Elgar is also disappointed that the series will be played in front of empty stands with the rise in COVID-19 cases in South Africa following the emergence of the Omicron variant.