Would be amazing if I could pick Dravid's brains: Ravindra 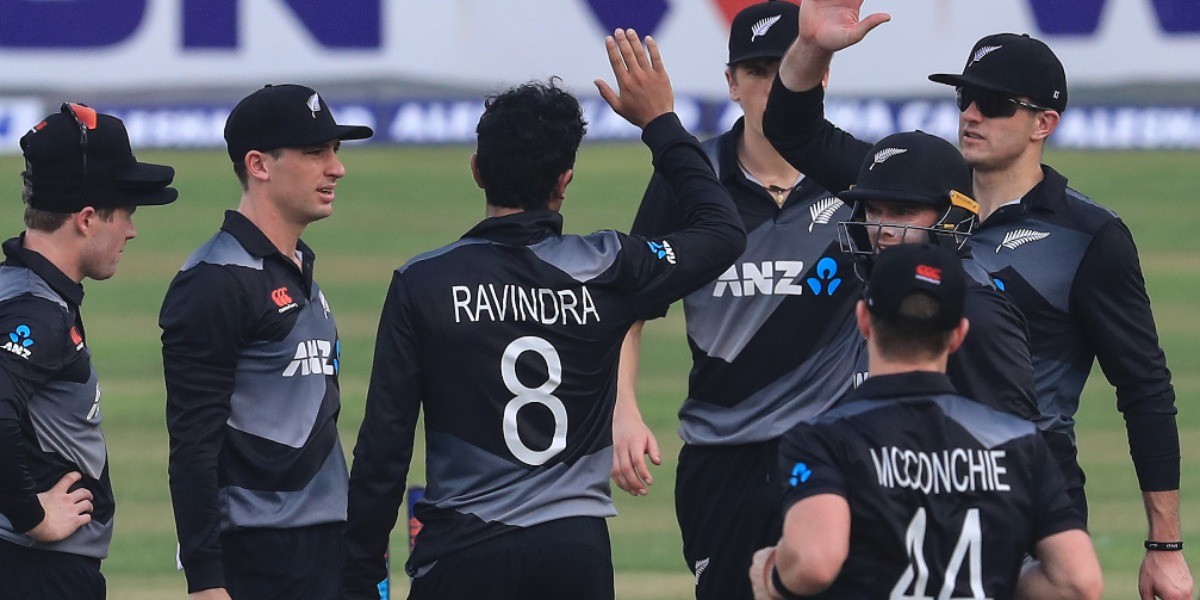 Would be amazing if I could pick Dravid's brains: Ravindra

Young New Zealand all-rounder Rachin Ravindra on Thursday said he was clueless if his name had any link with Rahul Dravid but hoped to pick the brains of the India head coach during the course of the ongoing T20I series.

Ravindra, who celebrated his 22nd birthday on Thursday, was asked during a virtual media conference here if his name had any connect with two of India's greatest cricketers Rahul Dravid and Sachin Tendulkar.

"Honestly, I'm not too sure. I've never really asked mom and dad where the name has come from... I guess you'd have to ask them," he said.

Ravindra is born in Wellington to Indian parents, Ravi Krishnamurthy and Deepa Krishnamurthy, both of whom moved from Bangalore in 1990s.

The 22-year-old made his New Zealand debut in the 2016 U-19 World Cup as well as the 2018 U-19 Cricket World Cup and during that time he first caught up with Dravid, who was the coach of India juniors.

"Yeah, Dravid is an absolute legend in the game and I played a bit of cricket against him when he was coaching in India A and a few series a couple of years ago when he came to New Zealand.

"He was coaching those guys and the India U-19 team. So it's just an awesome to interact with them a little bit. Obviously, I'd love to interact a little bit more during this series, but he's an absolute legend in the game. So if I can pick his brains it would be amazing," he said.

The all-rounder made his international debut against Bangladesh earlier in the year when they lost the five-match T20 series 2-3 in Bangladesh.

He was also part of the New Zealand squad that took on India in the World Test Championship final but did not make it to playing XI in June.

In the first T20I in Jaipur, the southpaw was bowled for seven by Mohammed Siraj.

Describing the opportunity to play against India at their own backyard, he said: "All sorts of nations always want to get a chance to play in India and I think it's been a pretty surreal experience so far. This T20 is very special."

The left-arm spinner also spoke about Indian spin legacy and said off spinner Ravichandran Ashwin is very special to him.

"They've been doing it for a really long time. They're world class spinners especially Ashwin he's got an incredible record and he's been around for a long time and the variations are incredible. Personally, I have not been in touch and would love to pick his brains any time," he concluded.