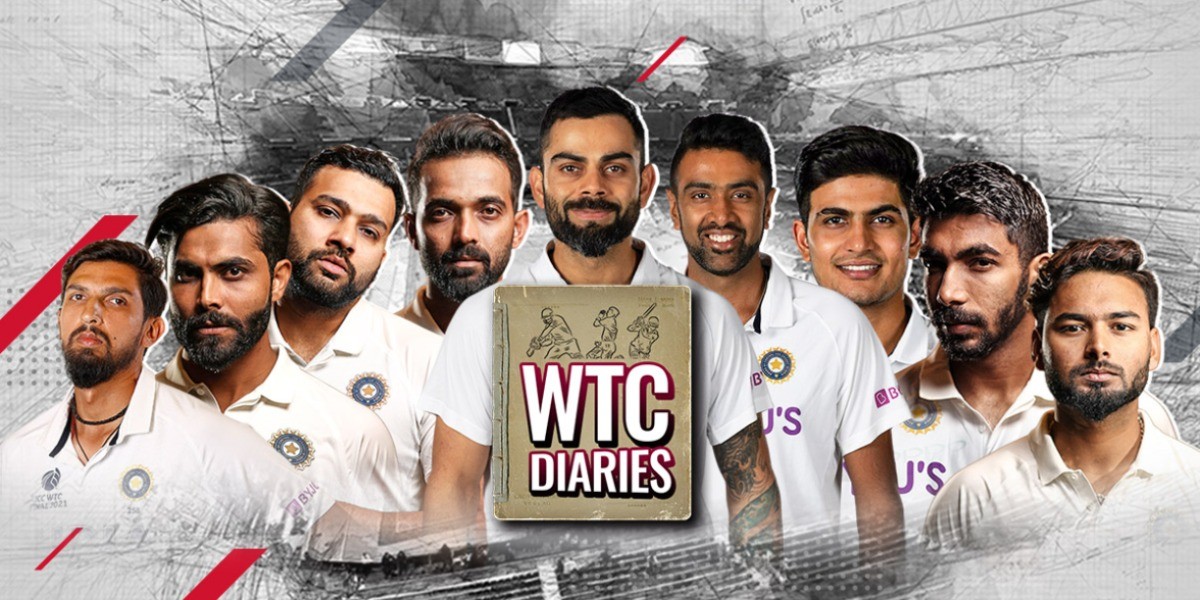 Since his early days of ODI struggle, Rohit has never been able to convert a few of the detractors. At this stage of his career being unproven against a swinging ball is the last straw they hang on to. Even to the extent of suggesting him faking an injury to give the tough tours a miss. But, to those who feel that faith in his ability might prove worthwhile in Test cricket as it did in ODIs, examples like him going through a quarantine just to play the last two Tests of the Australian summer is a testament to his desire to succeed at the Test level.

Chapter 1: Past the Yuvraj curve, Test opener Rohit emerges as a pillar of strength

Close your eyes and think about Shubman Gill batting in Australia. The first thing that would most likely come to your mind is THE SOUND his sponsor-less bat made while playing those crisp backfoot punches, eye-pleasing cover drives, authoritative pulls, and ramps over third man. There was a tweet that said: "If Gill had a signature cocktail, it'd be Backfoot Punch." That was it, the young opener had arrived on the international stage and it didn't take him too long to make an impression.

Chapter 2: Time for Gill to prove his mettle as opener in tough English conditions

His 112 at the MCG is one of the most memorable match-winning overseas knocks by an Indian and added another chapter to his conquests away from home. But nothing around it is not acceptable from a batsman of his demeanour. 28 to 32 is considered to be a golden period for a batsman but Rahane’s average has dropped considerably in this period, from 51.4 to 41.3.

No Indian bowler has picked up more wickets than Ravichandran Ashwin in the World Test Championship. No bowler has picked up more wickets than Ashwin in since his Test debut. The fact that he does not have a single five-wicket haul in any of the SENA countries is truly baffling. However, in countries where fast bowlers are usually the ones who dominate proceedings, Ashwin plays more of a second fiddle – much like the pacers do in subcontinental conditions. While Ashwin could be on top when it comes to his bowling prowess, through his recent performances with the bat in Sydney and Chennai, he has shown that he still has something to offer with the bat as well.

When Virat Kohli was appointed as India's Test captain, he was very vocal about the need of having world-class fast bowlers in his arsenal. The likes of Mohammed Shami, Ishant Sharma, Umesh Yadav, and Bhuvneshwar Kumar worked on their fitness and were doing well, but India still needed that x-factor who could make things happen in all conditions. Jasprit Bumrah finally made his Test debut in South Africa in January 2018, and three and a half years down the road, he has already become one of the best in the business. He is now the face of India's transformed pace attack!

Was it the Law of Averages catching up with Virat Kohli or was it simply the case of a temporary blip just extending its course during the WTC? A career right out of the pages of a fiction book, Kohli’s high standard has been challenged in this two-year time frame as has been his authority as one of the most feared batsmen in the world. ICC Rankings might defy logic at times but this time, his Test Batting rankings of #5 tells a story of its own.

Chapter 6: Virat Kohli and the dance with his fortune

Fielding sets Jadeja apart from almost every other cricketer at the international level. But to overlook his contribution in the two major aspects of the game will do him a disservice. India’s bench strength has been their pride in recent years. But, even the ever-growing bench fails to throw up a genuine all-rounder of the calibre of Jadeja. In a country where even the illusion of a three-dimensional player can earn a World Cup berth, Jadeja is a rare player who contributes on all aspects across formats and makes a marked difference. His numbers with the ball and in the field were never in doubt. With the bat, they have moved in the right direction over the years.

Chapter 7: The one true three-dimensional player in India’s ever-widening bench

Weak forward defence and an inherent problem against the inswingers turned out to be the bigger reason for the downfall which the bowlers were happy to exploit. As surprising as it may sound, Pujara was dismissed a colossal 18 times on the forward defence - four more than second-placed Joe Root. Azhar Ali is third on the list despite being dismissed exactly half the number of times as Pujara was. For a player who swears by his defence, this was an unusual conundrum.

At 32, Sharma remains a fast bowler who can bowl long spells while hitting speeds above 140 kmph and a wicket-taking force among India’s burgeoning pace arsenal. He is joint-top with Mohammed Shami for most wickets by Indian pacers in the World Test Championship with 36 scalps from 20 innings and has the best bowling average of 17.4 among Indian bowlers. He is also India’s joint-highest wicket-taker in England with 43 wickets from 19 Test innings.

Since December 2020, Pant has scored four fifties, which is the highest for the period in the WTC and has the second-best average of 60.44 among Indian batters. With the series-changing innings like the 97 at the SCG, 89 not out at the Gabba in India's historic 2-1 series victory in Australia, Pant has gone from strength to strength in the past year and half. His tough as nails 101 against England at home in the Test at Ahmedabad helped India qualify for the WTC final.