You can't bat for time on this pitch: Pujara 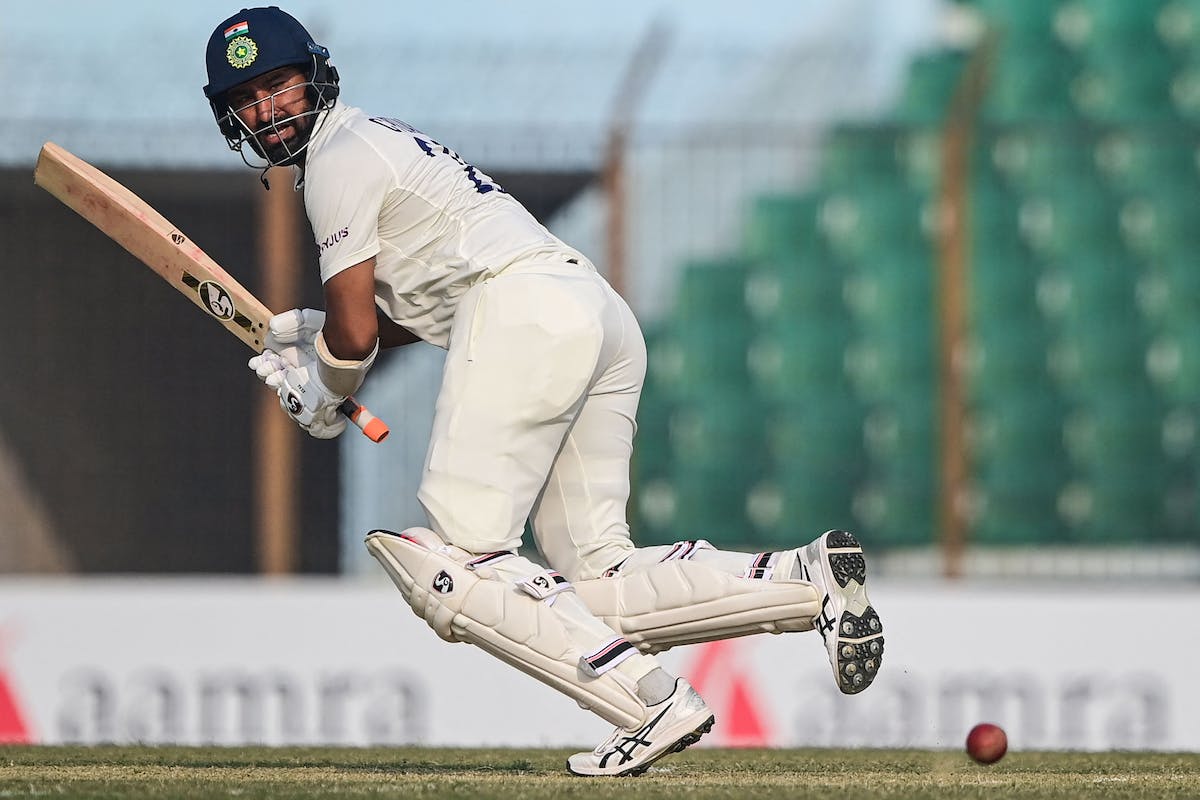 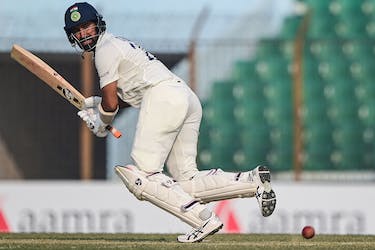 You can't bat for time on this pitch: Pujara

Soon after the first day of the first Test against Bangladesh on Wednesday, Cheteshwar Pujara faced questions majorly focused on two topics -- him missing out on a hundred again and the difficulty of batting on the pitch at Chattogram.

It was to be expected as the right-hander hasn't reached the three-figure mark in Tests since January, 2019. A total of 51 innings have gone by since his 193 against Australia in Sydney.

In August last year, Pujara came close to a hundred in England when he scored 91 at Leeds and on Wednesday, he was dismissed by Taijul Islam on 90. However, the Saurashtra batter is not bothered by it as his partnerships of 64 with Rishabh Pant (46 off 45) and Shreyas Iyer (82 Not Out) took India to 278/6 at stumps.

"It isn't an easy pitch to bat on. I am really happy with the way I batted. You want to talk about the three-figure mark, but the reason you play this sport is to put the team in a winning position. I think we will have a result (on this pitch). My partnership with Shreyas and Rishabh were very important," Pujara told reporters.

"There nothing I could've done (with the dismissal), it was a good ball. Hope the hundred comes very soon," he said of his dismissal.

Pujara also spoke at length about the uncertain nature of the pitch which forced spinners and pacers to keep changing their lengths to make things happen.

"There was also variable bounce. There was the odd ball keeping low. I hope we will make the most of it. The ball wasn't turning all the time. That makes things even more dangerous for batters because one odd delivery might turn and hit your pad. You can't bat for time on this pitch," Pujara said.

The debate around the Zing Bails once again erupted after Iyer was lucky to be deemed not out by the umpires after Ebadot Hossain's delivery clipped the stumps, but didn't dislodge the bails. Pujara felt that both Iyer and India were fortunate with that incident.

"He was lucky (Smiles). When I saw it from the non-striker's end, I thought he was out. We were fortunate as a team, not just Shreyas, because his role tomorrow will be crucial," Pujara said.

Bangladesh fought back with two wickets at the end, including Mehidy Hasan Miraj dismissing Axar Patel with the final ball of the day. Pujara felt that 350 will be a fighting total on the pitch which doesn't allow batters to play for time.

"We have a decent total on our hands. But it would've been even better if we were four or five down. I feel 350 will be decent total on this pitch, because there is enough turn on it. We have three spinners in our team," he said.