You never know with the SG pink ball, it might swing or not: Pujara 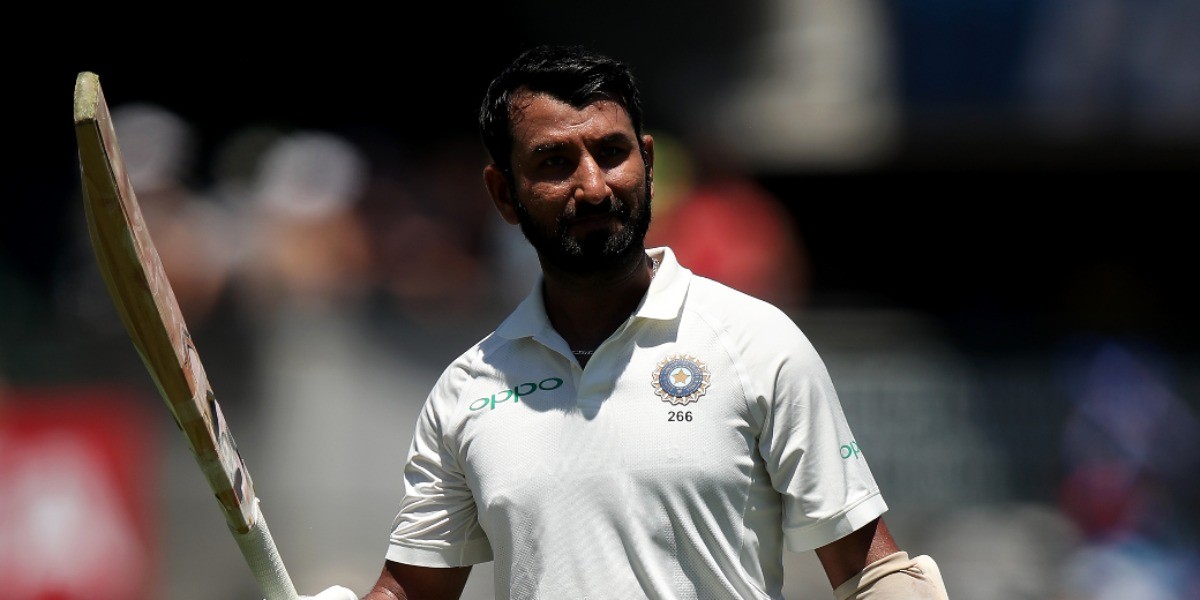 You never know with the SG pink ball, it might swing or not: Pujara

India do not have a lot of experience with the pink-ball, having played just two games

The pink ball usually moves around a lot in twilight but India batsman Cheteshwar Pujara on Saturday (February 20) said it is difficult to predict how much the SG ball will swing in the first ever Test under lights at the refurbished Motera Stadium.

India annihilated England by 317 runs in a rank-turner at Chepauk to level the four-match series one-all and all eyes are now on the pitch here for the third Test begins from february 24.

India do not have a lot of experience with the pink-ball, having played just two games.

"We are not sure how much the ball is going to swing around for this particular Test," Pujara said in a virtual media interaction after the first net session.

"Early on it might swing a bit, but maybe going forward as the match progresses, it might not be a lot of swing but we never know with the pink ball it's very difficult to predict."

Pujara said the pitch looked a decent one to him but "a lot could change with three-four days left for the Test".

"It's a different ball game with the red ball. With the pink ball, it's very difficult to judge or assess anything before the match begins because sometimes you're expecting something but it turns out something else with a pink ball.

"I would just try to keep things very simple as a player, and not worry too much about the pitch," Pujara said.

"I've played so many Test matches but with pink ball I also don't have enough experience. I don't think experience matters a lot when you are playing just one off game in a Test series with the pink ball," he said.

On the Motera stadium, he said: "It's a new stadium, it's a new pitch. Once we play more games we'll get to know about the pitch. But it's a beautiful stadium we all are enjoying here. We had a gym session yesterday.

"Personally, I've some fond memories of the last time I played in 2012 which was right after my engagement."

"In the old stadium, it was helpful for the spinners. But if you bat well, there was value for your shots. The ball would reverse as well. I will always remember the Test," he said recalling his 206 not out against England here in November 2012.

India have so far hosted a solitary pink ball Test against Bangladesh on a green top at Eden Gardens in November 2019 as they bulldozed their neighbours by an innings and 46 runs inside three days.

But against England who boast of a star-studded pace line up in James Anderson, Jofra Archer, Stuart Broad, such a move could backfire.

Pujara said they're unsure whether to keep a grass cover or not.

"To be honest it's very difficult to predict whether you can keep the grass cover or can take it off.

"We are in a stage where we don't have a lot of experience as players but we are trying to figure out... We'll see.

"It's very difficult to say anything about it because we have played just one day-night game (in India) which was with the SG ball. The domestic games (Duleep Trophy), was with Kookaburra balls.

"I feel it's an important game for us to qualify for the World Test Championship so we would try to focus on the things what we want to do as a team and make sure that we win this Test," he added.

India had a horror show in their last pink ball Test, against Australia in Adelaide, where they crashed to their lowest-ever total of 36 to succumb to an eight-wicket defeat.

Pujara said playing a pink-ball game at home is a different challenge altogether.

"It was a different ballgame altogether, we were playing in Australia. The ball was swinging around a lot and we had a bad session, one and half hours of poor batting that led to the disaster.

"Here we are playing in our own conditions, the ball is also different with the SG ball and the guys have played a (pink ball) Test with the SG ball so we are pretty confident that we will put up a good show."

The India No 3 has not been able to convert his starts and was dismissed by English leftarm spinner Jack Leach in successive Tests at Chepauk.

But Pujara said he's confident about his batting and preparation and a three-figure mark is just "a matter of time".

"I've got good starts but there have been two unfortunate dismissals. I'm doing well in preparation and confident about my batting. I'm sure a three-figure score will come soon and it's just a matter of time," he said.

Asked if Hardik Pandya can make the eleven, he added: " It's good to see him back in his rhythm. He seems in good nick. I'm not allowed to say anything at this stage. We still have few more days for the team."

After England Tests, my focus will be on IPL

Ready to re-enter the IPL bandwagon after seven years, Cheteshwar Pujara says competing in the T20 league won't hamper his preparations for the away Test series against England since he will have plenty of County games to play before the Test assignment.

Unsold for seven seasons, Pujara was finally picked by MS Dhoni-led Chennai Super Kings at his base price of Rs 50 lakh for this year IPL.

"I'm really glad to be part of the IPL. It's good to be back again, and I would like to thank CSK for taking me," the India Test number three said here during a virtual media conference.

"Talking about county cricket, I will still have enough time before we play the England Test series," Pujara, who has earlier played for Derbyshire, Nottinghamshire and Yorkshire, said.

India will play five Tests against England later this year.

Pujara has a solid technique but due to his slow batting style he is not considered fit for the slam-bang format. But he is looking forward to make a mark in this format too.

"Once IPL gets over, there will be a window where I can play a few county games. That call I will take once IPL it gets over. But there will be enough time to play some County games. We also have a couple of practice games before the Test series begins in August.

"There's plenty of time to play county cricket but it's always good to be back in IPL."

Asked whether he discussed this with CSK, Pujara said: "Nothing on that part... But I always wanted to play shorter format of the game."

"So my focus once this (ongoing) Test series gets over will be on the IPL, and then once IPL gets over then I'll think about county games and then there is a big series coming up against England in August..."

After levelling the series one-all with a 317-run win over England in the second Test in Chepauk, India are firmly on course to qualify for the World Test Championship Final against New Zealand at the Lord's in June 18.

India need to win the series by a minimum margin of 2-1 or better to grab the solitary available berth.

"We are very, very hopeful that we'll qualify for the World Test Championship Finals in June," Pujara said.

Pujara further said the county experience has come in handy for him in the gruelling Test cricket, something he shares with the youngsters.

"Whenever there is a challenging condition and the ball is swinging or seaming around a bit, it is always helpful.

"That experience has taught me many things whether it's the technical aspect or even mental aspect as a batter," he said.

"But when it comes to England tour, I'll have a chat with them or the team management and the experienced players of the team will have a word," he signed off.