You will have to ask the selectors: Kohli on Rahane and Pujara's place in the team 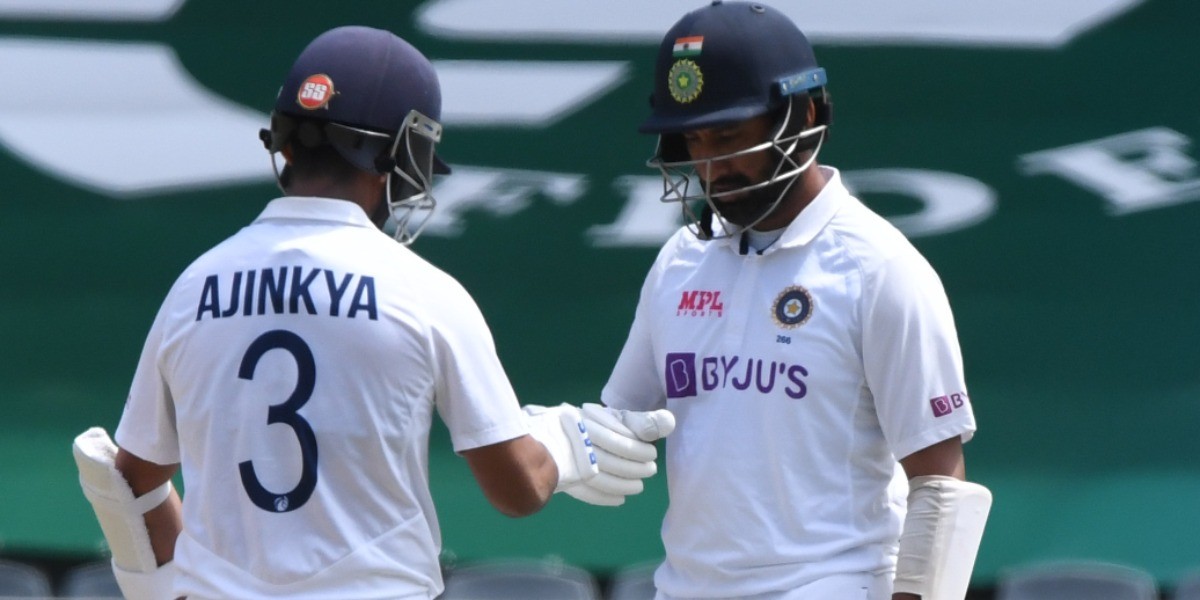 You will have to ask the selectors: Kohli on Rahane and Pujara's place in the team

Indian test captain Virat Kohli said that senior batters Cheteshwar Pujara and Ajinkya Rahane have the team management's backing, but refused to comment on their place in the squad for the upcoming series. Rahane was removed from his role as Test vice-captain before the South Africa series where he scored 136 runs from six innings at average of 22.66. Pujara, who is also struggling with indifferent form, score 126 runs from the three Test at an average of 20.66.

"I honestly cannot sit here and talk about what is going to happen in the future. That is not for me to sit here and discuss because you will probably have to speak to the selectors as to what they have in mind because this is not my job,"

Kohli remembered Pujara and Rahane's century partnership in the second innings of the second Test which stemmed India's collapse and helped them post 266 all out, their second highest total in the entire series.

"As I said before, and I will say again, we have continued to back Cheteshwar and Ajinkya because of the kind of players they are and what they have done in Test cricket for India over the years and playing crucial knocks in the second Test as well. You saw that important partnership in the second innings, which got us to a total that we could fight for. These are the kind of performances we recognise as a team. What the selectors have in mind and what they decide to do, I obviously cannot comment on that at this moment sitting here," Kohli said.

The Indian skipper also said his absence in the second Test due to back spasms did not radically change the outcome of the series as he credited South Africa for taking their opportunities.

"I played the third Test and should have made the team win, but these things don't guarantee you because niggles are injures are part of the sport. I cannot narrow it down in one moment, but all I can say is that South Africa played good cricket and won two games," Kohli said.

Kohli said that the mood in the dressing room is not that of an optimistic one after closely contested series. South Africa is the only Test playing nation where India is yet to win a Test series.

"We certainly are disappointed; that is a very natural part of the sport, especially for a team that is so driven and so eager to win anywhere in the world and believe that we can win anywhere in the world and have done that as well now, it is even more so disappointing that we were not able to get the result we wanted. That is part of the sport, you have to accept it, and you have to move on and try and improve and get better," Kohli said.

The former limited-overs captain said that he is looking forward to play the ODI series which is beginning on January 19 in Paarl.

"I can talk from a player's point of view as you're obviously driven and motivated to perform in any match that you play for India, and as an individual, I can say that I am looking forward to the ODI series, and I am driven to perform in those ODI games," Kohli said.