Yuzvendra Chahal and bowling at the M. Chinnaswamy Stadium 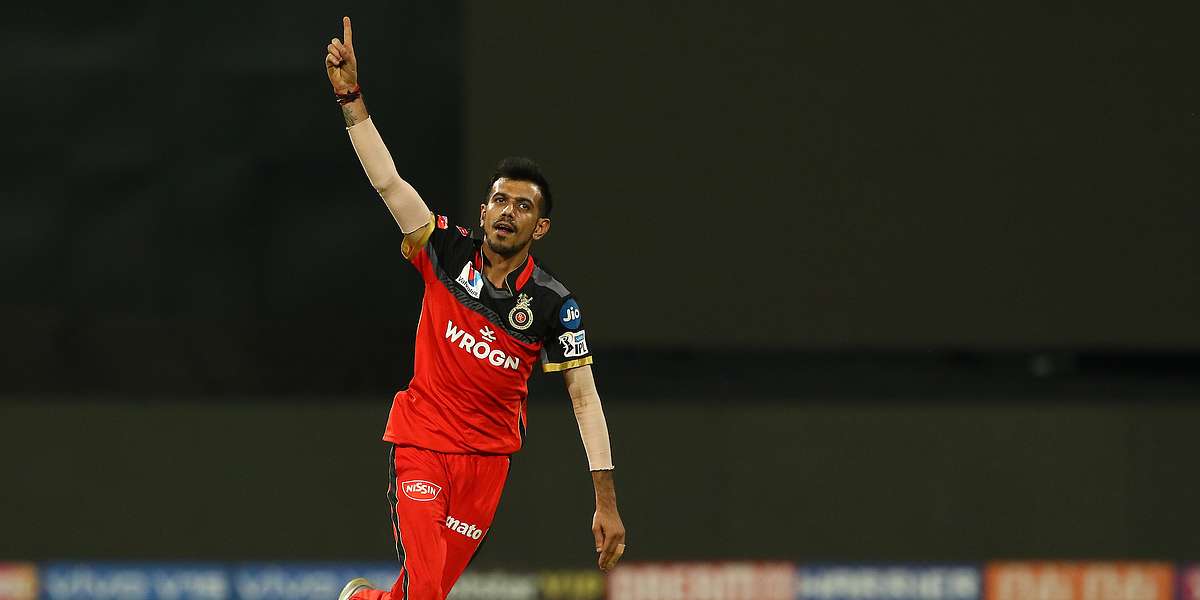 Yuzvendra Chahal and bowling at the M. Chinnaswamy Stadium

On Chahal's birthday, here's a look at how he has relished bowling at a stadium where bowlers have often had to endure a difficult time

Albeit for the odd season, the M. Chinnaswamy Stadium in Bengaluru has been quite a high-scoring ground over the years in the Indian Premier League (IPL). A combination of short boundaries and flat pitches can be a nightmare for bowlers, especially for spinners.

Despite that, leg-spinner Yuzvendra Chahal has found tremendous success bowling at the venue in recent years. When the Royal Challengers paid ₹10 lakh for his services in the 2014 IPL Auction, he was far from a household name. From thereon in, in unfavourable conditions, he has flourished.

Impressive performances for Royal Challengers Bangalore (RCB) saw Chahal make his international debut in 2016 and he has been a regular member of India’s limited-overs squads over the last few years.

In February 2018, Chahal – playing against South Africa in Centurion – would register his first five-wicket haul in One-Day Internationals (ODI). The Indian spinner’s fine spell saw the Proteas bowled out for just 118, their lowest ODI total in a completed innings at home.

Speaking after that magnificent performance, Chahal had said: “I go for wickets and I flight the ball. I know it can go for six too, but when your captain and your team management back you, it gives you the confidence to do it. I have played in Bangalore for RCB on flatter wickets than this, so you have to play to your strengths here.”

Therein lies the reason behind Chahal’s success. Unlike many spinners, who tend to bowl flatter in white-ball cricket these days, the Haryana bowler is still willing to toss it up at the risk of going for runs. That’s not saying that spinners who bowl flatter through the air are doing something wrong – many have found success with this strategy too. But for Chahal, it’s the riskier option that works.

Since Chahal joined RCB, the ground that has been the least favourable for bowlers in the IPL when it comes to economy rate has been the Chinnaswamy Stadium (minimum – 20 innings). But surprisingly, the venue where bowlers pick up wickets most frequently during the said period also happens to be the same. While usually you wouldn’t expect that to be the case, it is so here which makes Chahal’s aforementioned quote so relevant: you risk going for runs as it gives you more chances of picking up a wicket. 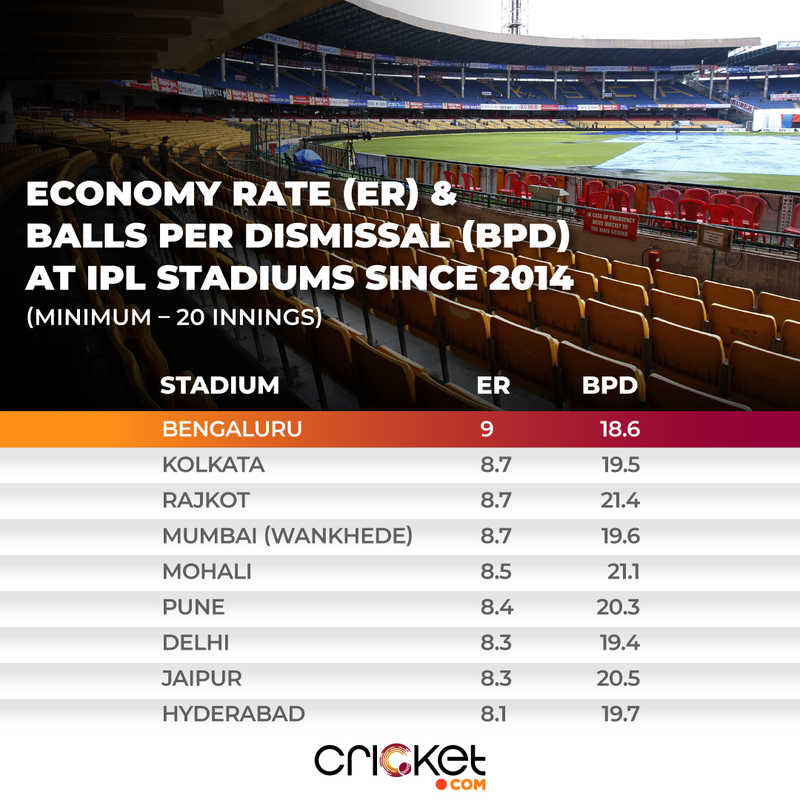 While Chahal doesn’t mind risking going for runs to pick up wickets, don’t be fooled that he bowls with a poor economy rate. While the average economy rate at the Chinnaswamy Stadium in the IPL since 2014 is 9, Chahal has conceded 7.7 runs per over at the ground during the same period.

Interestingly, though, Chahal’s two most successful wicket-taking seasons with the ball (2015, ‘16) at the Bengaluru-based stadium are the only two times he has gone at over eight runs an over at the ground. Those two years also saw him possessing his best bowling strike rates in a season at RCB’s home ground since joining the franchise.

Coincidentally, 2015 and ‘16 are the only two times when RCB have reached the playoffs in the last six seasons. While there are many contributing factors to that, perhaps Chahal being more of a wicket-taker, especially at home, helps the cause greatly. 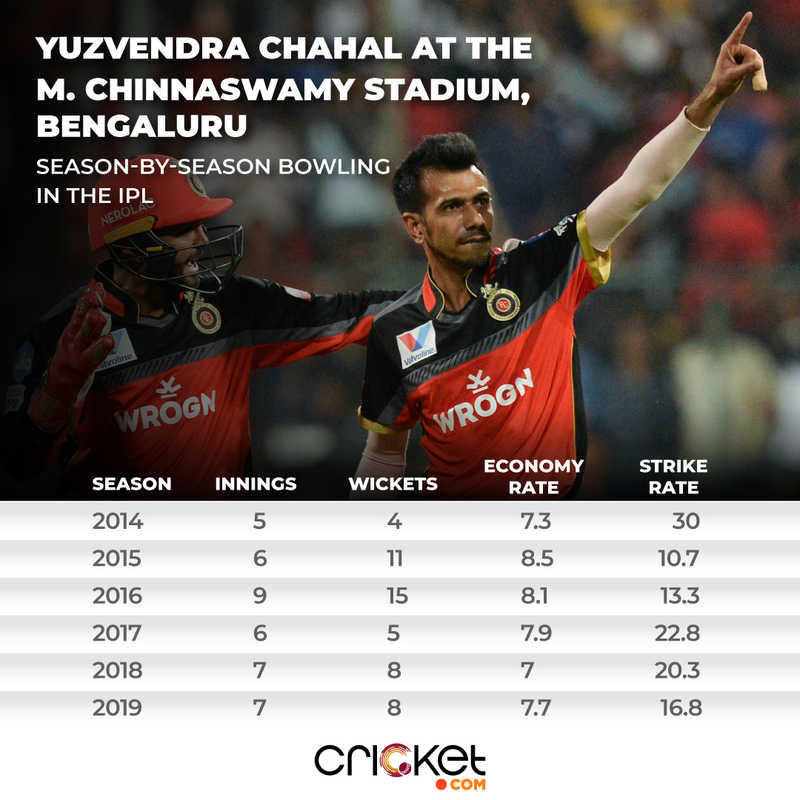 As Chahal has mentioned in the past, bowling well at RCB’s home stadium has given him a lot of confidence. The odds are often stacked against him at the ground, but he has managed to turn a disadvantage into a favourable position. This shows that not only is he a talented spinner but also one who isn’t afraid to face the toughest of challenges.

Chahal has managed to build on his prosperity in the IPL to carve out a superb international career thus far. Over the last few years, India have possessed a fine bowling lineup across formats and Chahal has been a key part of the limited-overs teams.

Chahal has formed a superb partnership with left-arm wrist-spinner Kuldeep Yadav. It was in August 2017 that both became regulars in India’s ODI team and they are the highest wicket-takers in 50-over international cricket since then.

Both Chahal and Kuldeep are identical in their approach – they’re attacking bowlers who consistently look to take wickets. Hence, it’s little surprise that even their ODI stats with the ball since August 2017 are so similar. While Chahal has an average of 26.8 and strike rate of 31, Kuldeep averages 26.7 with a strike rate of 30.8 during the said period, with both their economy rates being 5.2. 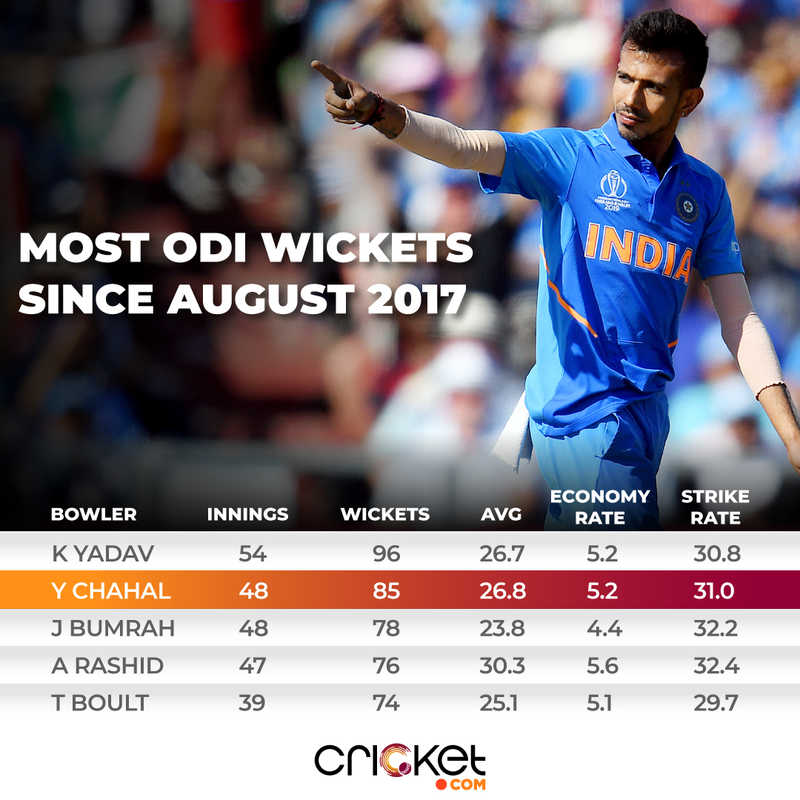 Chahal has been superb in T20Is too, taking 55 wickets at a strike rate of 17.8 in his career so far. Since his debut in June 2016, only Afghanistan’s Rashid Khan has taken more wickets (70) than him.

Two T20 World Cups and an ODI World Cup are scheduled between 2021-’23 and if Chahal continues to perform as well as he has in the recent past, he is likely to have an important role to play in those tournaments. It’s going to be a formidable test, but as he has shown with his performances on the flattest of pitches and smallest of boundaries in Bengaluru, challenges are something he truly relishes.