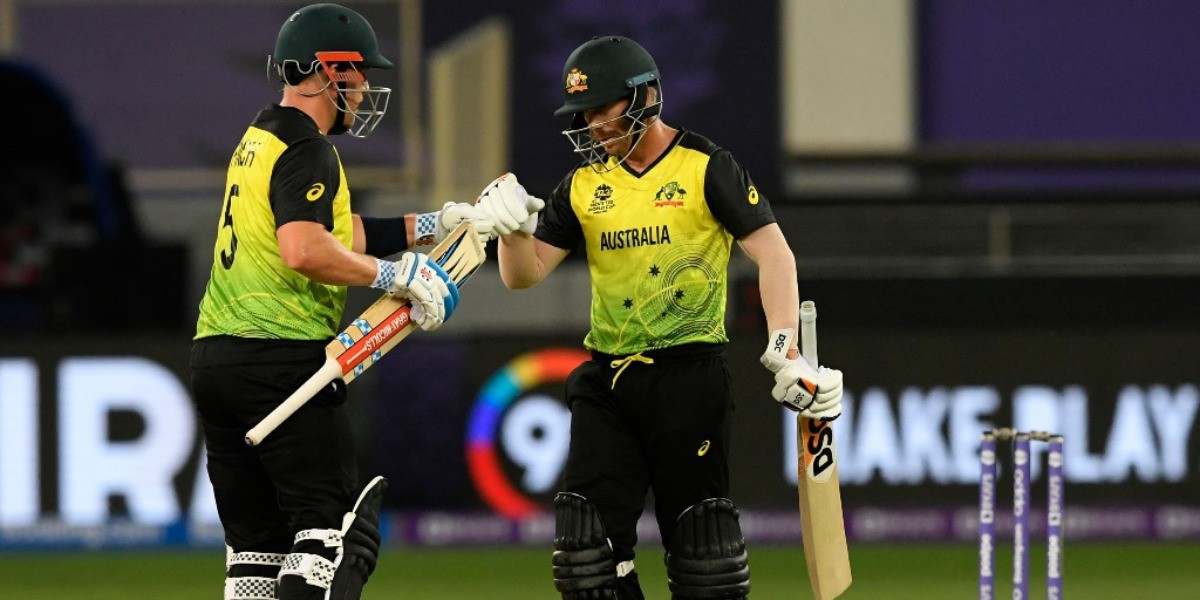 Everything worked out perfectly for Australia as they smashed Sri Lanka by seven wickets to remain unbeaten in the 2021 T20 World Cup. The Australian bowlers once again clicked as a unit before David Warner returned back to form and set the Dubai International Cricket Stadium on fire on Thursday (October 28). The Islanders started the game on a solid note but lost the plot in the middle overs, allowing Australia to take control of the game. Australia move to No. 2 in the points table and will now go up against their arch-rivals England on Saturday. The two are the only teams who have won both their games in Group 1.

Chasing 155, Warner clobbered 10 fours in his 42-ball 65 and put on an opening partnership of 70 runs in 6.5 overs with skipper Aaron Finch (23-ball 37). The two killed the game by the time powerplay ended. Maheesh Theekshana (0/27) and Wanindu Hasaranga (2/22) were economical but the seamers were taken to the cleaners. Steve Smith (26-ball 28*) and Marcus Stoinis (7-ball 16*) then completed the formalities and got Australia over the line with three overs to spare.

Earlier, Sri Lanka lost Pathum Nissanka in the third over but that's when Charith Asalanka (27-ball 35) and Kusal Perera (25-ball 35) joined hands and put on 63 runs for the second wicket. The two didn't allow any bowler to settle in but Adam Zampa (2/12) bowled an outstanding spell and turned the momentum in Australia's favour. Both Asalanka and Perera were dismissed in quick succession as Zampa and Mitchell Starc (2/27) took four wickets in the space of four overs.

The Islanders only managed 32 runs between 10th to 16th over and things could have been even more worse if not for Bhanuka Rajapaksa. The left-hander hammered four fours and a six in his 26-ball 33* and helped Sri Lanka accumulate 43 runs from the last four overs. At the end, Sri Lanka fell at least 20 runs short. 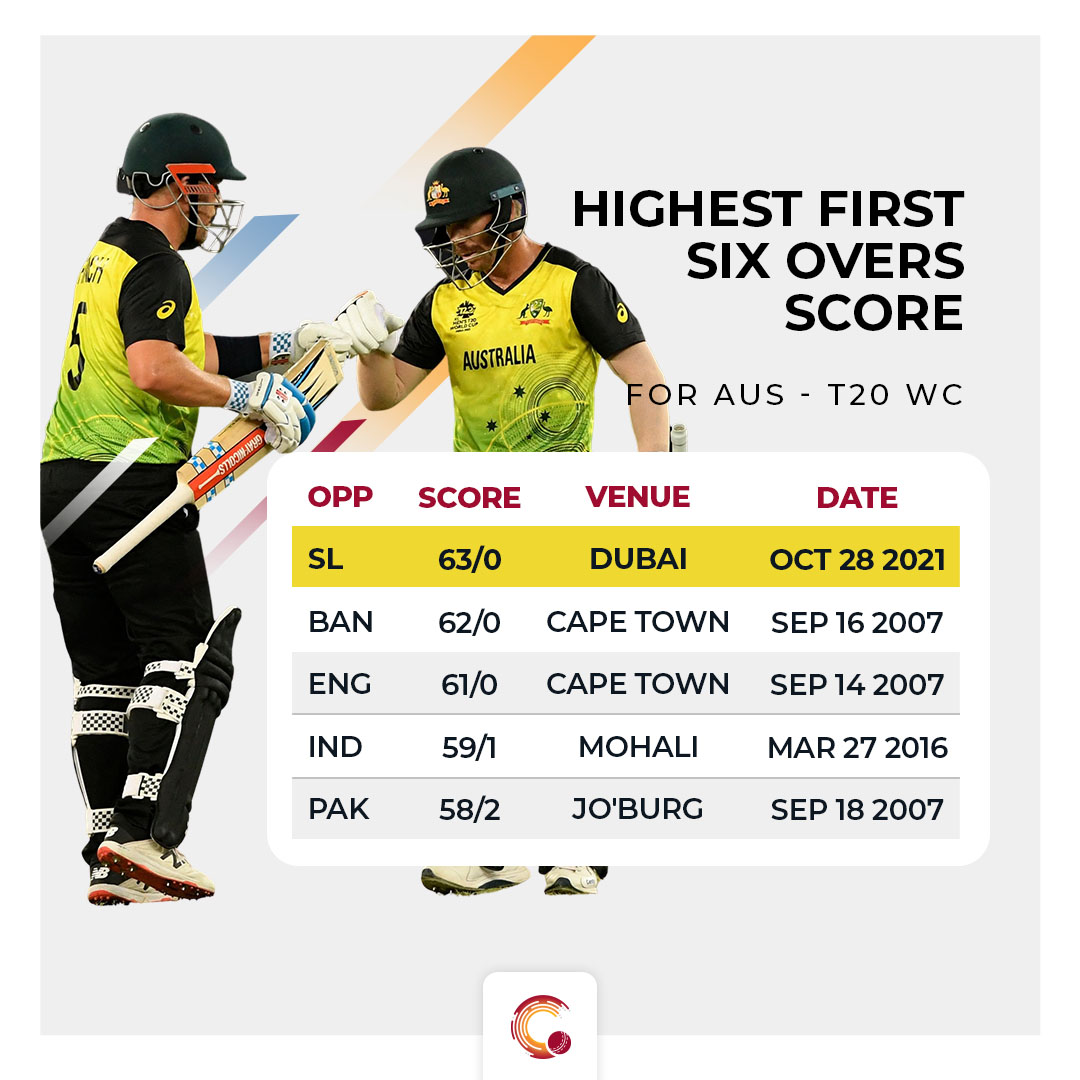 The day belonged Warner, who was at his best and it only helped him that Sri Lankan bowlers missed the length on most occasions which gave enough time to rock back and play those customary pull-shots -- both off pacers as well as spinners. Warner had a terrible last month in the UAE when he had a public fall-out with the Sunrisers Hyderabad management and it went to the extent of one of the modern day great being not allowed to come to the stadium by the franchise management, which had earlier stripped him of captaincy.

It was about time that he answered everyone with a knock that will certainly be a wake-up call for other teams. Starc too played a key role as Australia engineered a mid-innings collapse which went a long way in restricting the Islanders to 154 for 6. Starc bowled a brilliant comeback delivery in the form of a vicious inswinging yorker after being hit for a six which saw the end of Perera as Sri Lanka lost four quick wickets for 16 runs to slump to 94 for 5 from a relatively strong 78 for 1.

Asalanka was the first to get off the blocks when he slog swept Glenn Maxwell over deep mid-wicket for a six and also swept behind square for a boundary. He then got another four off Josh Hazlewood's bowling before Perera also joined the fun. He smacked Starc for a six over long-on but the left-arm speedster then bowled one that jagged back late and landed in the blockhole at a good pace. Perera couldn't even bring his bat down before it disturbed the stumps. 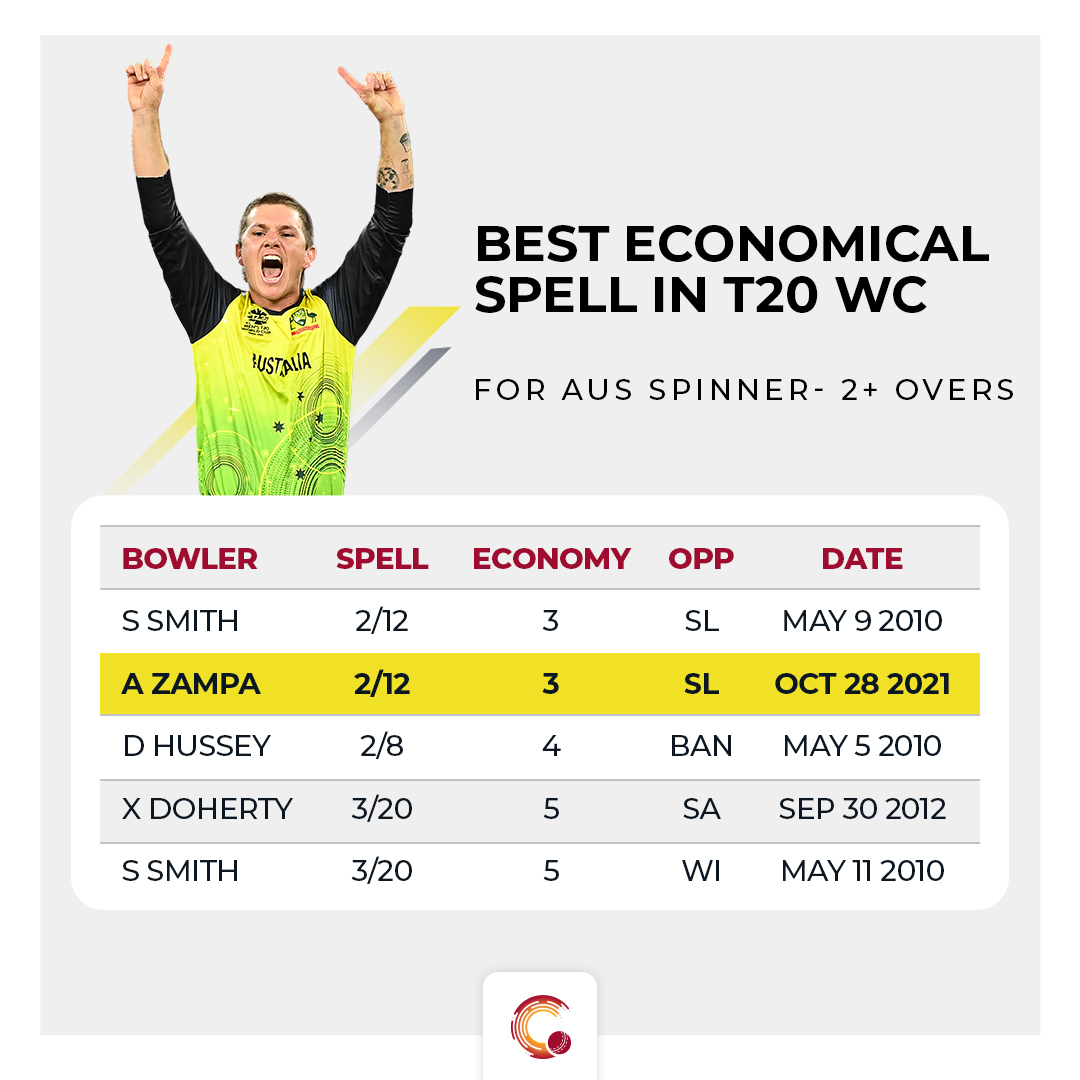 Before that, Asalanka had been dismissed by legspinner Zampa, who easily was the most influential bowler on a good batting track. He bowled as many as 12 dot balls. It was because of Zampa that Sri Lanka despite some great shots in between didn't get the requisite momentum during the middle overs. Add to it him and Starc shared the spoils to make it difficult for opposition batters.

Rakaspakse then launched into Australian attack's weak-link Stoinis (0/35 in 3 overs) to get Sri Lanka somewhat back on track which looked improbable after what Zampa and Starc did in the middle overs. It was Rajapakse's four boundaries and a six that lent some muscle to their score in the end.

In reply, the left-right batting pair of Warner and Finch punished the opposition pace bowlers with regular boundaries while successfully thwarting mystery spinner Theekshana. Hasaranga got Finch against the run of play as the batsman chopped a googly onto his stumps. Maxwell's promotion to number three did not bear results as he fell in Hasaranga's next over for five, but there was no stopping Warner.

The left-handed batsman, who survived a reprieve on 18 when wicketkeeper Perera dropped an easy catch off Dushmantha Chameera, reached his fifty in 31 balls. Warner finally fell to Dasun Shanaka before Smith and Stoinis carried the team home. 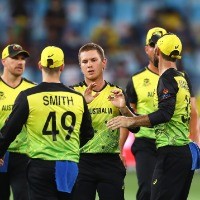 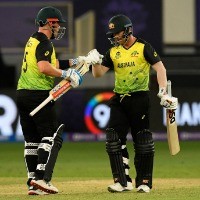 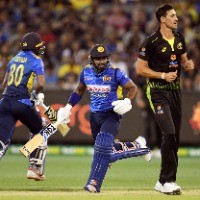 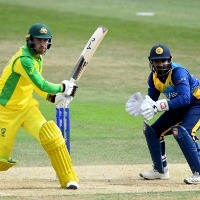 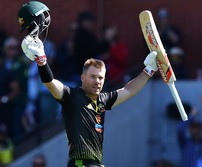