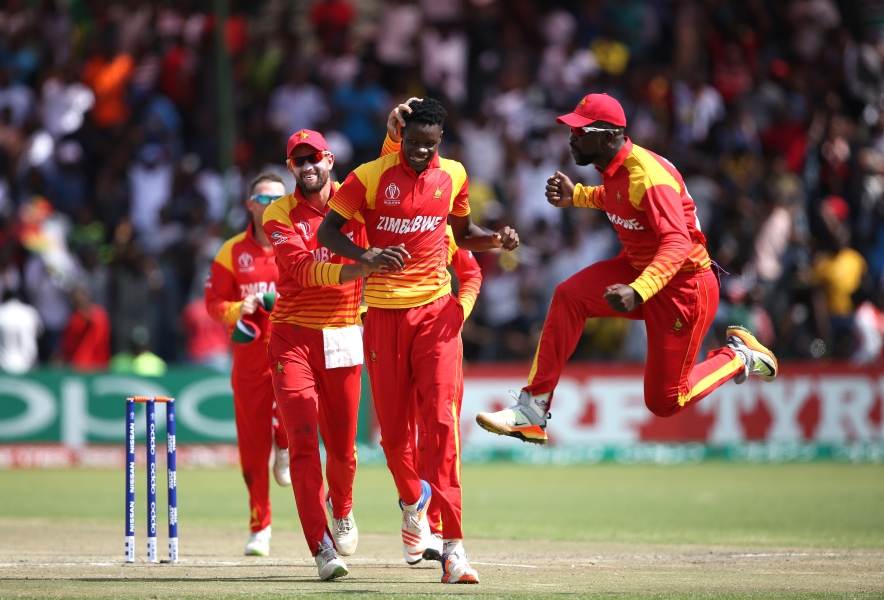 Zimbabwe's cricket team has been given permission by its government to go ahead with a limited-overs tour of Pakistan next month.

The team needed approval from the government's Sports and Recreation Commission because of the coronavirus pandemic. It was granted this week, Zimbabwe Cricket said.

Zimbabwe and Pakistan will play three one-day internationals and three Twenty20 games in late October and November. All three ODIs will be at the same stadium in the city of Multan and the three T20s at a single venue in Rawalpindi, the Pakistan Cricket Board said.

No fans will be allowed to attend the games.

The venues were chosen because they will host games in a domestic Twenty20 tournament starting at the end of this month, which will mark the return of cricket in Pakistan and allow officials to fine-tune their COVID-19 protocols.

"By the time Zimbabwe arrives, we would have gained enough experience on bio-securing hotels, player transportation, the venues and the players' dressing rooms as delivery of this series will be under strict COVID-19 protocols," said PCB director of international cricket Zakir Khan.

England is so far the only country to have hosted any international cricket since the virus caused a shutdown of most sports. Pakistan was one of the teams to tour England but cricket in Pakistan has been out of action since March.

Pakistan has more than 300,000 confirmed cases of the virus and more than 6,000 people have died, but a recent easing of the situation led authorities to allow cricket to return.

Zimbabwe has not been as badly affected, with just 7,711 cases and 226 deaths.

Zimbabwe will arrive with an extended squad to cater for both the ODI and the T20 series, the PCB said. Players and officials will undergo two COVID-19 tests within 48 hours prior to their departure from Harare and undergo testing as soon as they arrive in Pakistan on Oct. 20.

Players and officials testing negative in Pakistan will be able to attend training sessions. If a visiting squad member tests positive during the tour, the PCB said they will have to observe a five-day isolation period and will only be allowed to re-integrate with the team after two negative tests.

Pakistan is hopeful of either touring or hosting South Africa early next year after a scheduled limited-overs series in October has been called off by Cricket South Africa (CSA) due to the COVID-19 pandemic.

Pakistan were due to play a short series of ODIs and T20 matches in South Africa in October but the hosts have called off the series because of the ongoing situation arising out of the deadly virus.

But a source in the Pakistan Cricket Board (PCB) said CSA has conveyed to them that they are looking for a new window early next year to reschedule the series.

"There is also a good chance that if the situation does not improve in South Africa to have full cricket activities we will be ready to play hosts in say February before the Pakistan Super League," the source said.

Pakistan is due to tour New Zealand for a full Test and limited-overs series from late November onwards till January after which it has a window open before the PSL six begins around February 20.

The source said the board is also looking at a window to host the Bangladesh team for the remaining Test of the ICC World Test Championship and an ODI match around the same time.

"As far as both teams are concerned obviously the coming visit by the Zimbabwe team will be a test for us to see if we can hold international matches with ease and in the strict COVID-19 bio-secure protocol environment," he said.

He said Pakistan was in a position to host South Africa for a short series but if CSA manages to find a window and reschedule the October series, Pakistan would have no problems going there to play the matches.