Southee's 6-for overwhelms Burns' fighting ton to give NZ control 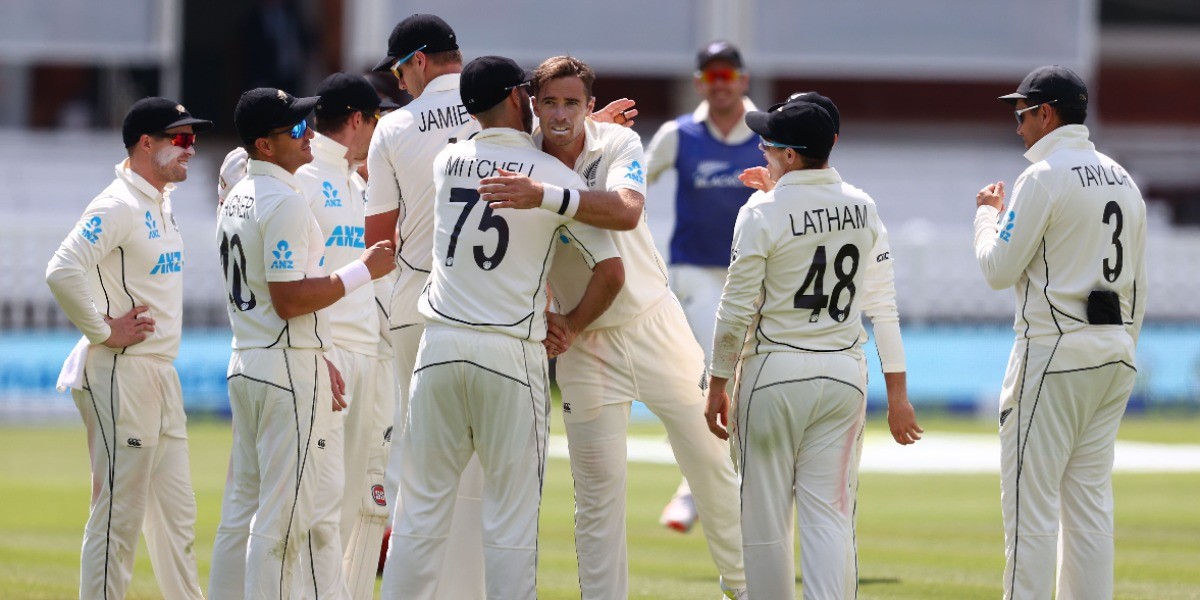 Southee's 6-for overwhelms Burns' fighting ton to give NZ control

After a washed out Day 3, Lord’s was greeted with sunshine and slow-burn but yet exciting hard-fought Test cricket on Day 4. The heroes of the day were Tim Southee and Rory Burns. Southee, with all his experience and guile, bagged a 6-wicket haul to hand the day honors to New Zealand but their ‘lead’ in the Test match was cut down by a gutsy hundred from Rory Burns. There was also a brilliant combined bowling effort by the four-men pace attack of England. New Zealand’s score at stumps - 62 for two - may not indicate how well England bowled throughout the final session as only Ollie Robinson was able to get his name in the wickets’ column.

The day started in the most eventful manner possible. Nelson, a score of 111 and its multiples which is believed to be inauspicious for the batting side, worked its charm for New Zealand as Kyle Jamieson dismissed Joe Root off the first ball of the day’s play. Ollie Pope, however, creamed five boundaries in the blink of an eye. But planting his front foot across consistently, he was always a candidate for LBW and who better than Southee to exploit it. 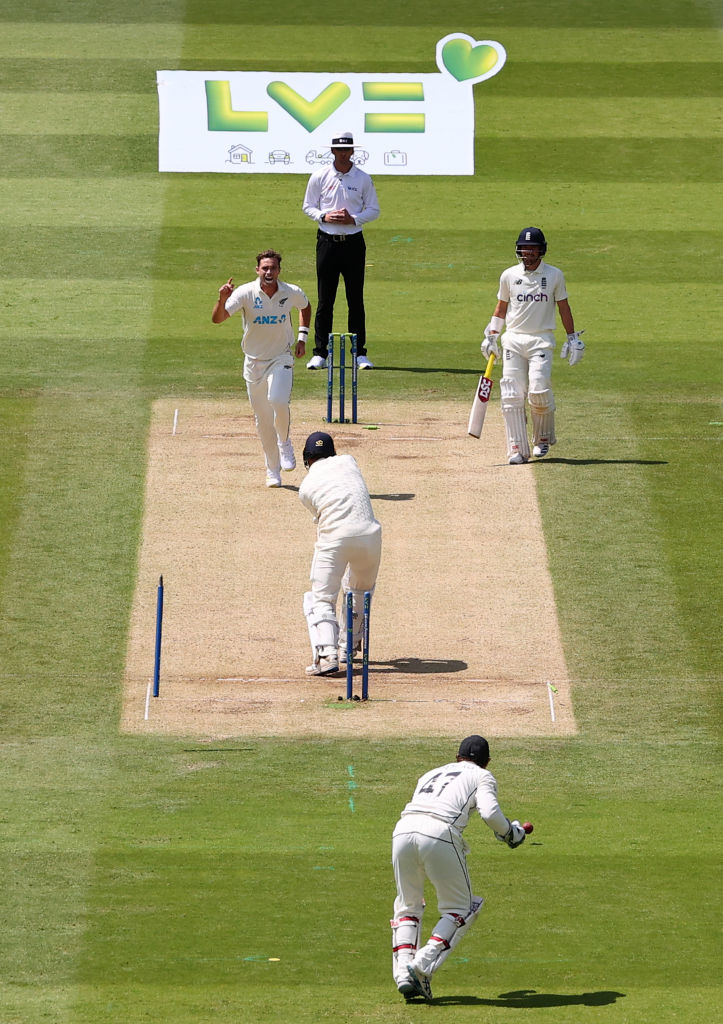 He set him up beautifully. Southee drew Pope further across with three outswingers before bringing one sharply back in to wrap him right in front of the stumps. Though, the on-field umpire adjudged it not out, the DRS did not disappoint the Kiwis. Southee then struck two more times in quick successions, thus completing a total domination over the young England middle-order which consisted an experience of only 23 Tests between Pope, Dan Lawrence and James Bracey. From 140 for three, the hosts slumped to 140 for six. Although, Burns was firm at the other end.

England’s new seam-bowling all-rounder Robinson after picking four wickets with the ball also contributed with the bat to arrest the collapse. He added 63 runs for the seventh wicket and was the major contributor in the partnership - scoring 42.

Burns exhibited all shades of the street-fighter within him. Starting the day on 59, he added only 13 runs in the first session, facing 69 balls, keeping his focus entirely on staying in the middle. After Southee struck back post lunch to complete his second five-for at Lord’s with the wicket of Robinson, England were soon 223 for nine. 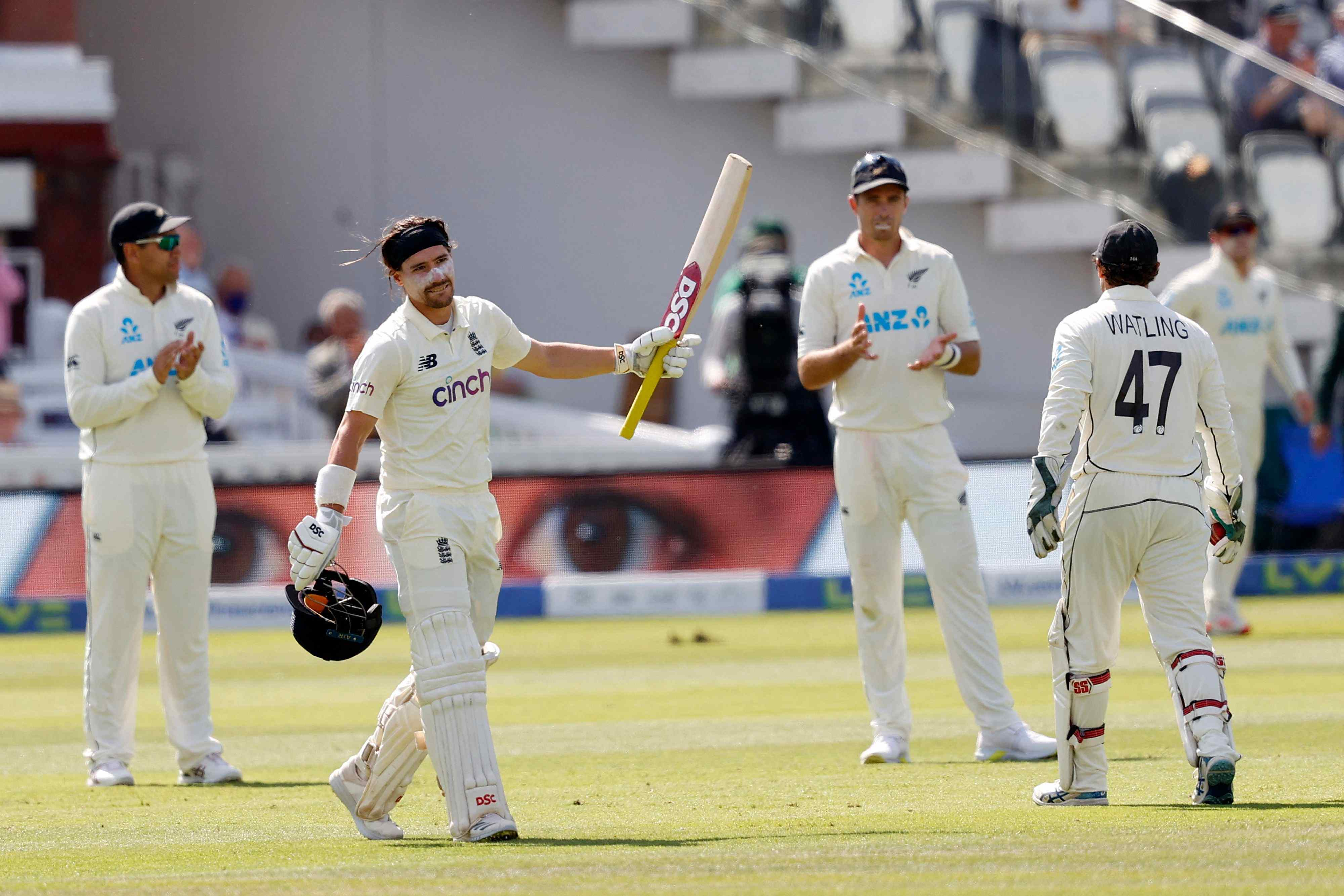 On 91 at this point, Burns shifted gears. He reached his hundred within the next five balls and then raced to 132. England had a bonus 52-run stand for the last wicket off 55 deliveries. Burns contributed 41 runs off 35 deliveries to this stand. He slog-swept Neil Wagner over mid-wicket for his first six in Test cricket - after facing 1,317 balls. These 41 runs are probably his fastest 40 in Test cricket as yet.

This was a brief phase where New Zealand looked ragged. It might be the frustration of missing two chances of dismissing Burns earlier. BJ Watling missed an easy chance to stump him on 78 while Southee dropped his catch at second slip on 88. Burns would thank his stars for two reprieves but it was a well-deserved ton nevertheless.

He was the last batsman to be dismissed as Southee added another one to his kitty. But by then, along with Anderson, he had razed off crucial 50 runs from visitors’ potential lead.

New Zealand, with a lead of 103, began cautiously or were rather forced to be watchful against the relentless opening spell of Anderson and Stuart Broad. On other days, they would finish the spell with two wickets each but today, Tom Latham and Devon Conway managed to survive.

Like in the first innings, it was Robinson again to provide the first breakthrough, in a similar fashion - making the batsman play onto his stumps. Although, the batsman was different as an England bowler finally managed to get Conway out.

Robinson soon got the better of Williamson as well who didn’t get any lose deliveries in his 1 off 19 balls. Robinson was at the top of his game and snaffled Williamson LBW, with the kind of in-dipper he talked about in his plans for the New Zealand captain pre-match.

Having extended their lead to 165, New Zealand are well ahead in this game. However, the chances of a result stay considerably low. New Zealand may still want to have a crack at it. For that, they will need to declare by lunch and it would be interesting to see their approach in the first session on the final day of this Test match.