309 days on, Dubai braces itself to host a rematch for the ages 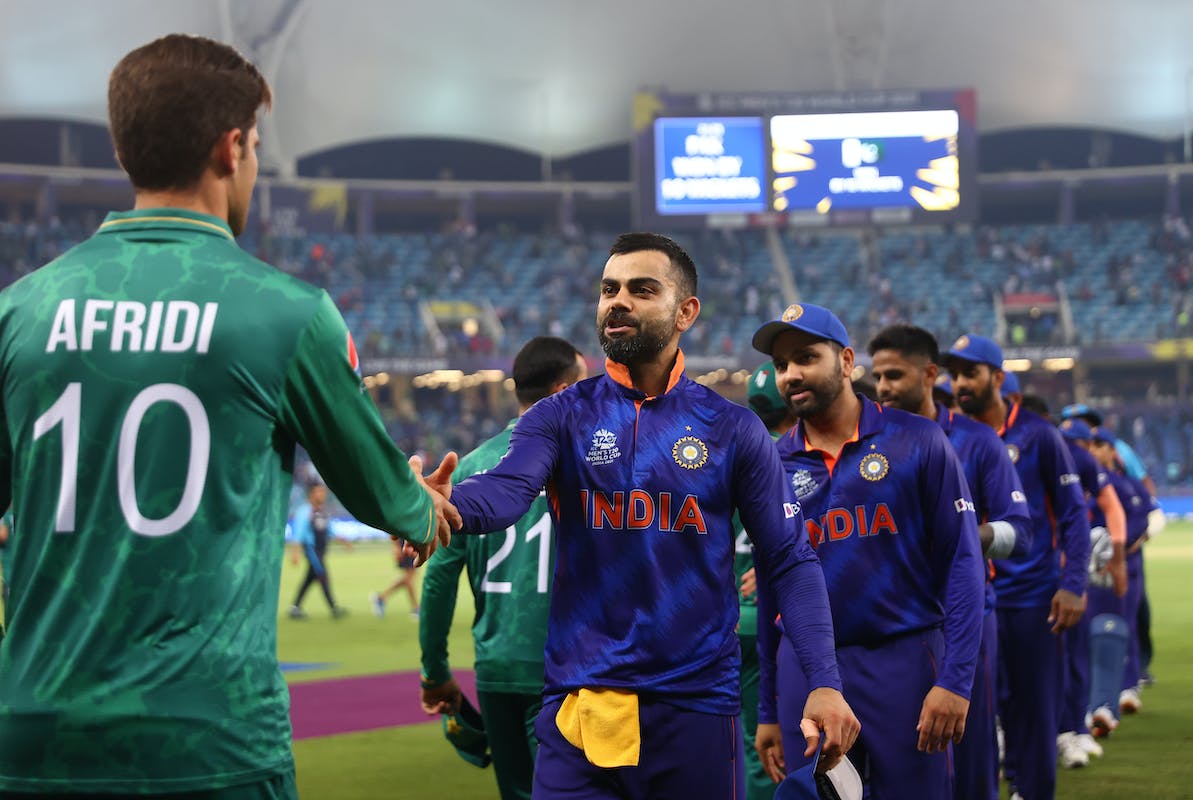 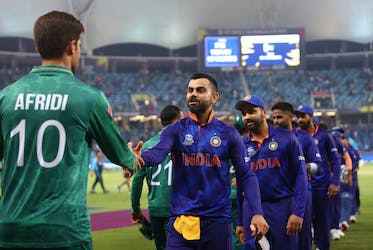 309 days on, Dubai braces itself to host a rematch for the ages

Even by India-Pakistan standards, Sunday’s clash at the Dubai International Stadium feels big, almost like a final

Remember remember, the 24th of October?

You do. We all do. And vividly so. 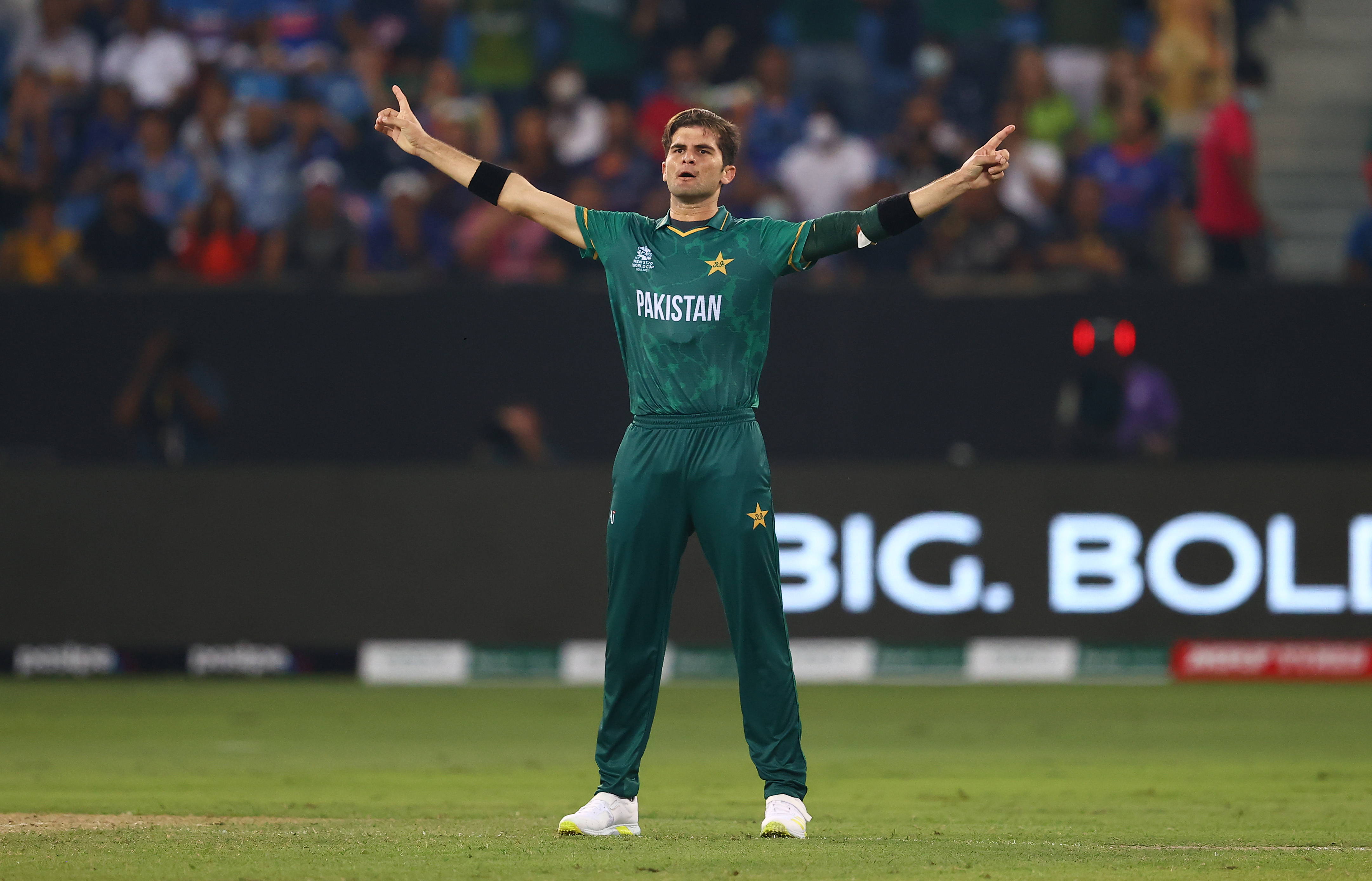 Close your eyes and it feels like yesterday. The memory of a lifetime if you’re a Pakistan fan, a soul-stirring nightmare if you’re an Indian supporter.

309 days on, the time has come for the two sides to write a brand new chapter in their rivalry.

World Cup or not, India-Pakistan clashes have always been preceded by enormous hype. More so in the past 10 years, since the two sides have completely stopped meeting outside of multi-nation tournaments.

But even by India-Pakistan standards, Sunday’s clash at the Dubai International Stadium feels big. Almost like a final, though it is all but an unofficial curtain-raiser for a competition that, from the outside, looks like a glorified bilateral series.

There are two reasons for this.

One, this is the strongest Pakistan have been in a decade. They are legitimate contenders capable of toppling India over, unlike many of their predecessors who came with a lot of hype and little substance. More the credibility, more the hype and anticipation.

Secondly and most importantly, the 2021 T20 World Cup result has raised the stakes. Over the years, India have been so used to entering Pakistan clashes as the holder of the Bragging Rights’ but the tables have been turned this time around.

Revenge, Bragging Rights  — both are there for the taking for the Men in Blue.

For Pakistan, a rare chance to nudge temporarily ahead in the rivalry by registering back-to-back wins against India for the first time since 2013.

Will Rahul finally alter his approach?

Team India have been a transformed unit in T20Is since the start of the England series in July, adopting an ‘all-out-attack’ approach in which every batter goes hell for leather from the get go. They’ve maintained an overall run rate of 9.1 in this period, second only to New Zealand (9.6), and their strike rate of 151.4 in the powerplay has been the best among all teams.

What we are about to find out, come Sunday, is if KL Rahul is capable of eschewing the game-plan he’s been following for the past couple of years, revert back to his 2018 self and start throwing the kitchen sink from the very beginning.

For while Rahul has scored a boatload of runs across the past 3 years, the 30-year-old’s individual approach during the period has been the polar opposite of India’s current tactic. 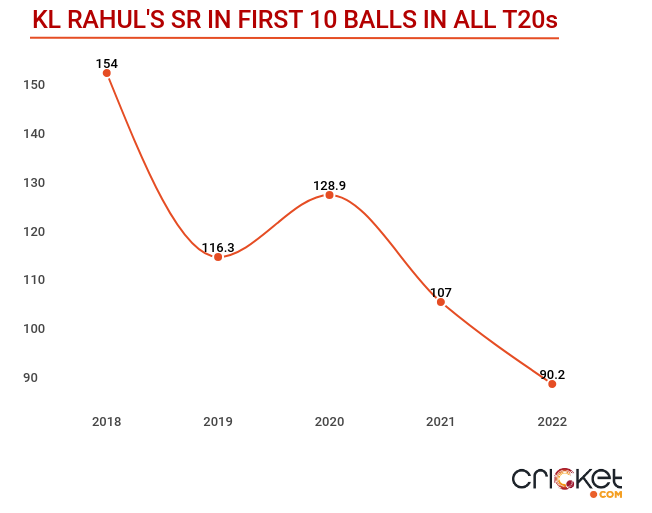 Across the last 3 IPL seasons, Rahul struck at 106 in his first 10 balls, while maintaining a SR of 115.2 inside the powerplay. The slow starts almost always turned into big runs, but the right-hander, nevertheless, came under fire for being overly conservative up top; the conservatism even hurt his side on certain occasions.

There’s the notion that he is a ‘different’ player when he dons national colours but in his last 11 T20Is, dating back to January 2021, Rahul has been an extremely slow starter, striking at 98.9 in his first 10 balls.

The onus, then, will be on the vice-captain to show that he has no qualms giving up the current game-plan of his for the greater good of the side.

For inspiration, Rahul needs to look no further than his skipper and opening partner Rohit Sharma, who since July has been striking at 153.6 in his first 10 balls, a remarkable jump from his pre-England series career SR of 110.7.

Rohit has led by example and has been outspoken about how he wants every individual to go about business the same way; the time is now for Rahul to follow the lead of his skipper. 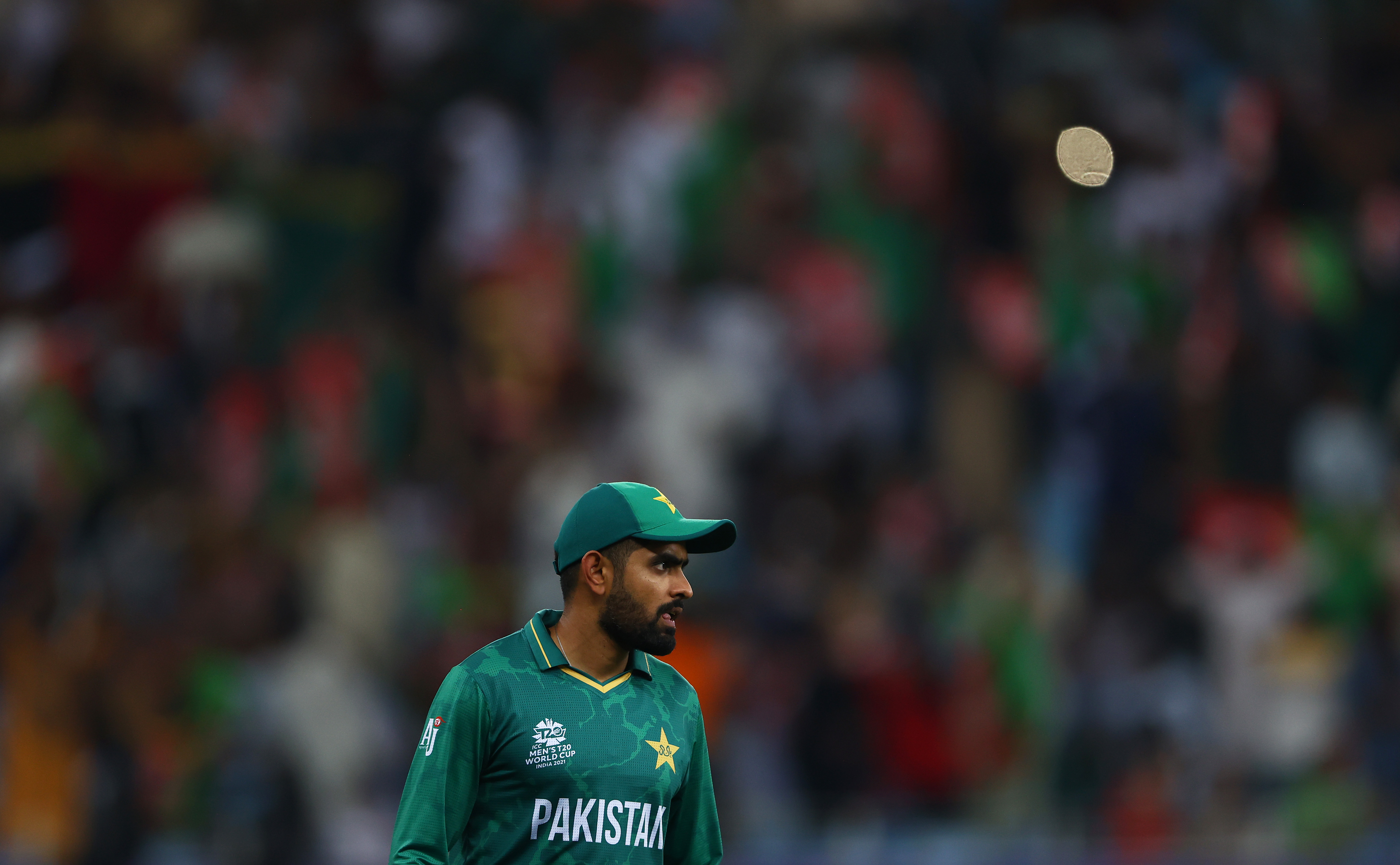 Babar Azam, heading into the India clash, has a bigger problem: the Men in Green, at least on paper, are severely undercooked and underprepared.

Quite flabbergastingly, Pakistan have played a solitary T20I this year, a one-off game against an under-strength Australia which they went on to lose convincingly.

Babar’s men, in fact, have only played 7 T20Is since the T20 World Cup last year, the lowest among all sides set to feature in this year’s T20WC (62nd among 68 countries to have played T20Is in the past 9 months).

India, in comparison, in the past six months alone, have played a staggering 21 T20Is, thrice as many as what Pakistan have managed since the T20WC last year.

Babar Azam & Co, therefore, are set to have their task cut out. They not only will have to tackle a rampant Indian side that’s currently on a roll, but also fight off some rust owing to the negligible cricket they’ve played as a unit in the shortest format. 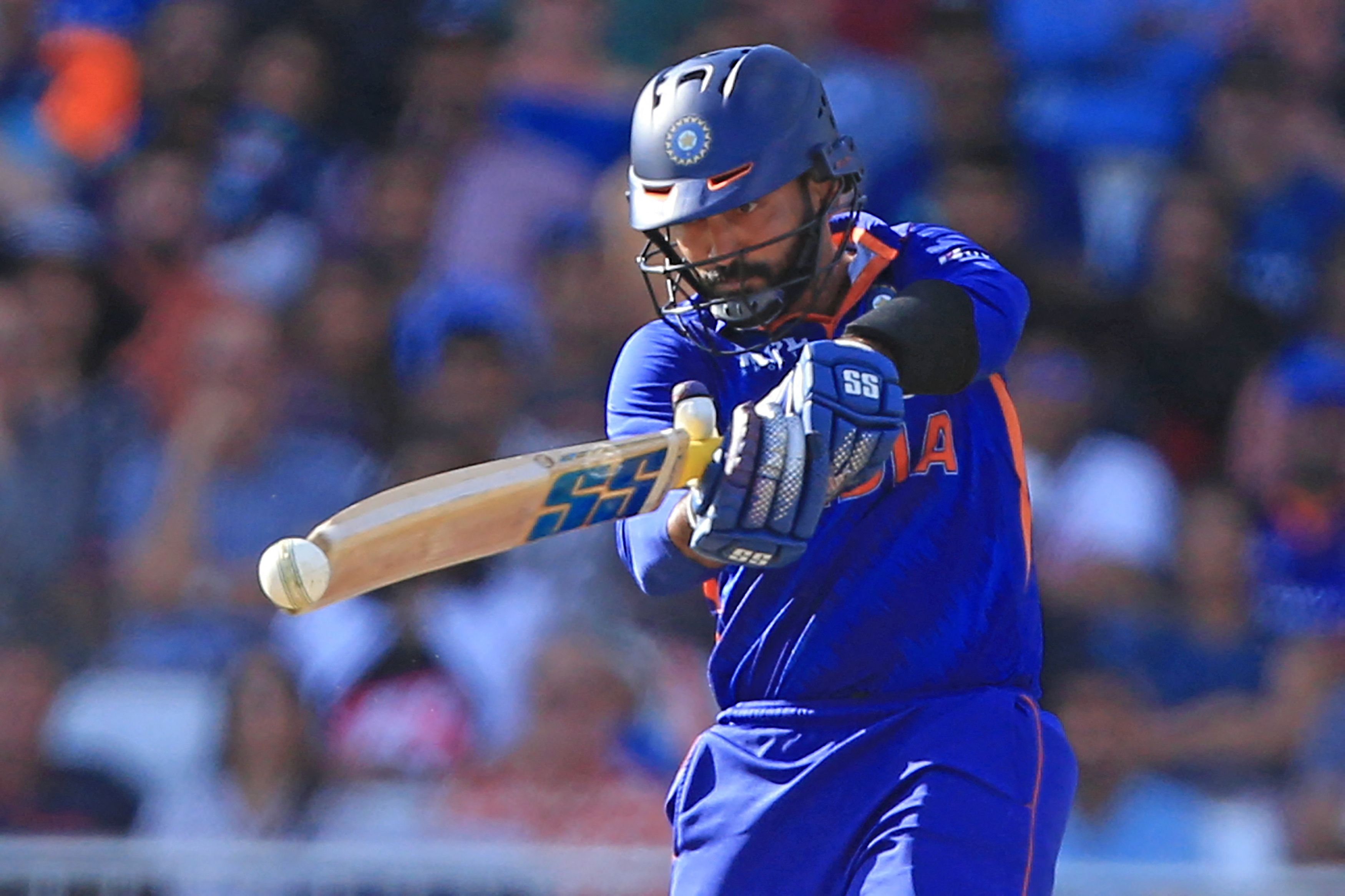 Ahead of Sunday’s encounter, there are nine locks in India’s starting XI. The management have two key calls to make: choose between Dinesh Karthik and Rishabh Pant, and decide whether they want to go with two or three specialist seamers.

The tougher of the two calls is, undoubtedly, the former. For a solid case can be made for both Pant and Karthik.

Whether India go with three specialist pacers or three spinners — with Hardik Pandya doubling up as the third seamer — will certainly depend on the conditions, but what remains to be seen is if the management will spring a surprise by opting for two seamers and picking Deepak Hooda as the sixth bowling option.

Given there’s a good likelihood that Pakistan might field three left-handers in the Top seven — Fakhar Zaman, Khushdil Shah and Mohammad Nawaz — Hooda being a wildcard pick could be on the cards for all we know. The 27-year-old, needless to say, will automatically bolster the batting and instantly add a ton of flexibility.

Note: The elephant in the room (clue: it start with ‘V’ and ends with ‘i’) has not been addressed intentionally