A Chennai hurdle to the KXIP fairytale 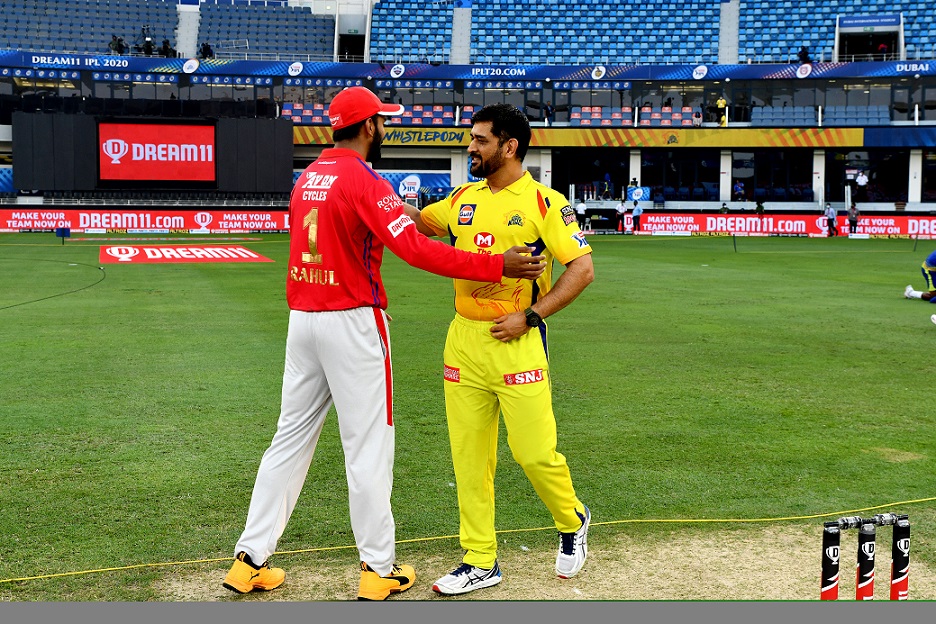 A Chennai hurdle to the KXIP fairytale

KXIP stormed back with five wins on the trot. Now, a loss against RR makes it imperative for them to beat CSK while being at the mercy of other results

If you thought that the Kings XI Punjab are a giant that woke up a little late, think about the Rajasthan Royals. After their thumping win against Mumbai Indians, they put an end to KXIP’s budding juggernaut. With a possibility of reaching 14 points, RR are now playoff contenders as well.

With a loss against RR, Punjab can get to 14 points at max. For that, it is mandatory for them to beat Chennai Super Kings in their last game of the league stage. Even then, owing to their negative NRR they would hope that Sunrisers Hyderabad lose one of their remaining games.

Back to winnings ways, CSK will not be pushovers. Their next-generation looks hungrier to remind fans of their glory days. In a contest between two equal sides, the advantage lies with the one that has nothing to lose.

Chris Gayle has been synonymous with success for KXIP.  Their loss against RR was their first since Gayle found himself in the XI six games ago. The Gayle-storm with a strike-rate of 144.5 this IPL has lifted KXIP’s middle-order that seemed absent in the first half of the season.

However, at a closer look, this has not been the differentiator for KXIP from an overall perspective. In their first seven games, when he did not play, KXIP’s average run-rate was 8.8. Since Gayle’s entry, it has been 8.3. This can also be because Mayank Agarwal, who has a strike-rate of 155.5 this season, has missed their last three games.

While Gayle has helped KXIP move on from being KL Rahul-dependent, their bowlers have been the real reason for their success. Their collective economy rate was 9.2 in the first seven games. It has been 8.2 in the last six that includes the mauling they received against RR.

Mohammed Shami’s Super Over against MI, defending a low total against SRH, containing KKR in Sharjah, KXIP bowlers have been the unsung heroes of their recent success. Most of their bowlers have improved at an individual level as well. 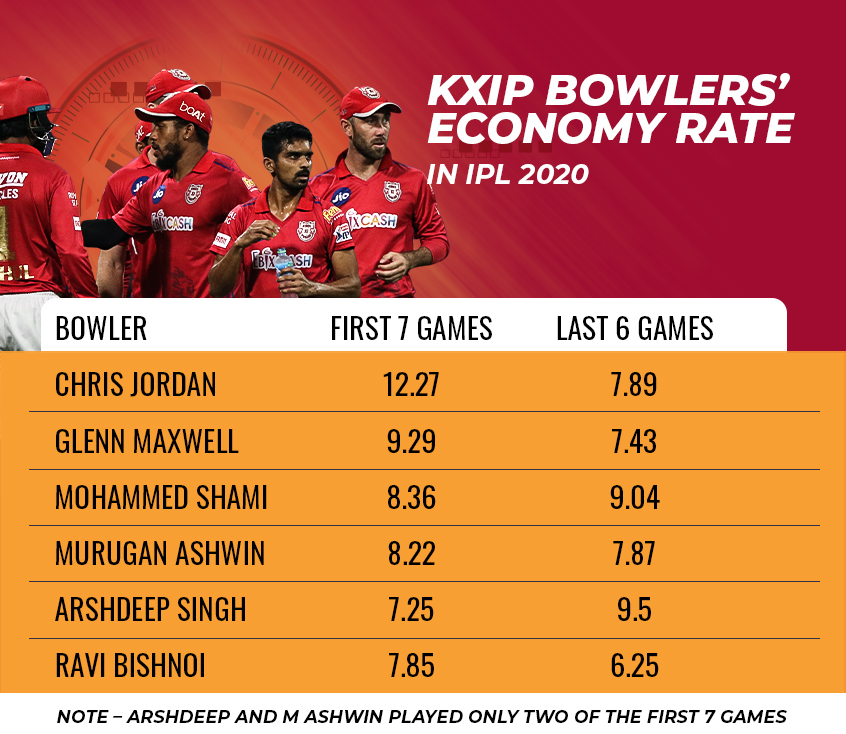 On what is now appearing to be a chasing-friendly venue in Abu Dhabi, KXIP bowlers did not enjoy a good night against RR. However, with their game against CSK being a day-game, dew will not be a factor and the toss will be somewhat irrelevant.

Spin to win against KL

KXIP’s loss against RR followed a script similar to their games in the first half of the season. Despite runs on the board, the bowlers failed to come together against the opposition’s counter-attack. KL Rahul scored runs but at a rate significantly lower than the average run-rate in the match.

So far this season, Rahul has scored a score of 40+ runs in seven innings. Five of these have been at a rate lower than the average run-rate in the match. KXIP have lost four out of these five games. They have won the two games when he has scored quicker.

There is no doubt about his batting ability. He is the only batsman this season to score more than 100 runs against balls delivered at 140kmph or higher. These have been at a strike-rate of 152.9. But, his intent against spin has let him and his side down this season. 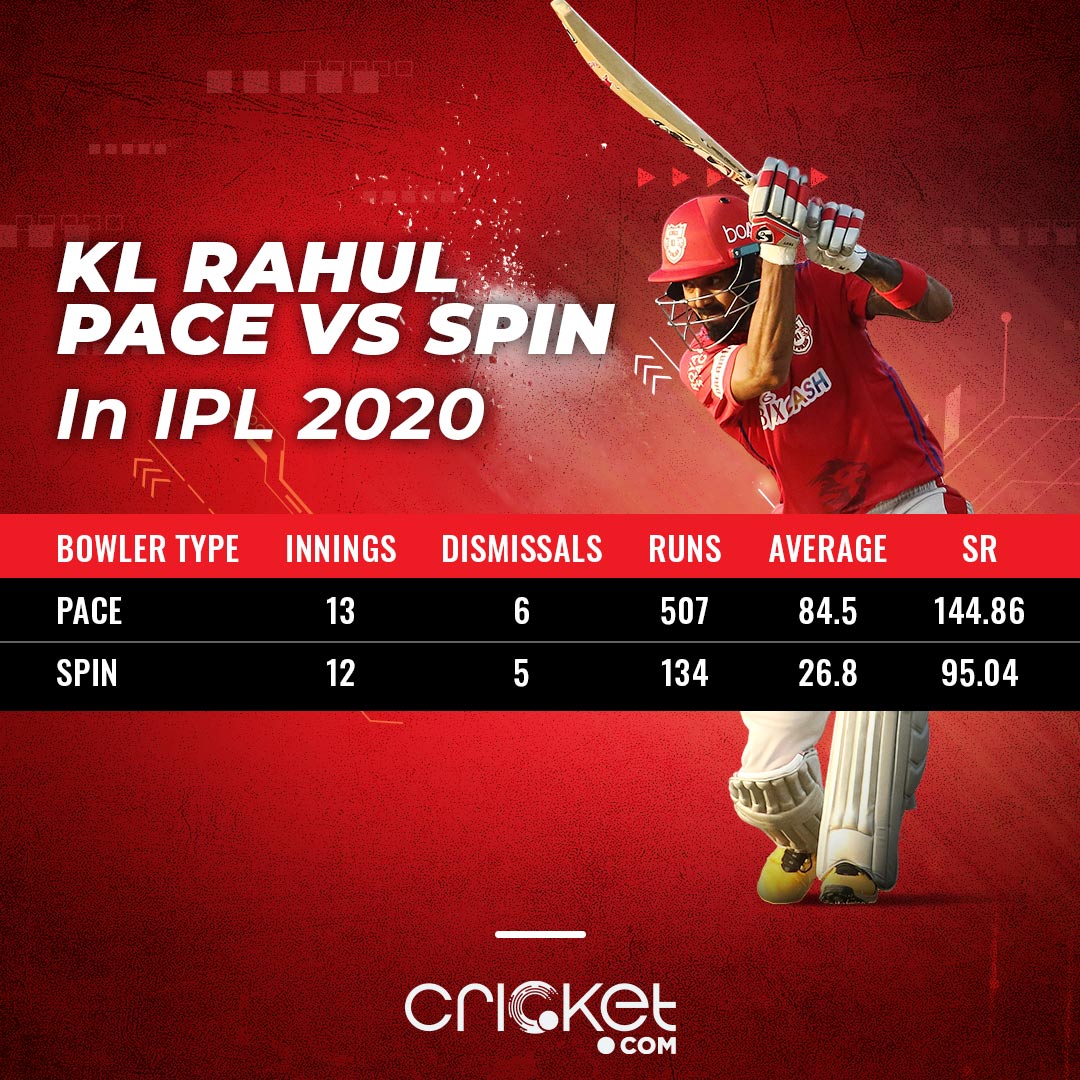 In 10 innings when he has batted five or more balls against spin, he has a strike rate of 110 or lower in eight of them. If Mayank is still unfit, KXIP will need KL to shed his inhibition against spin versus a CSK side with a plethora of spin options.

How to counter Gaikwad?

Who would have thought that Ruturaj Gaikwad will emerge as CSK’s anchor? Not their leadership group for sure. With two superlative knocks, he now has the attention of the IPL fraternity in addition to his side.

Maybe due to his twin ducks to start with or him being an unknown entity, teams did not see him as a threat. Also, like Plan A for any youngster, bowlers, like Lockie Ferguson the other night, have targeted him with the short ball that has worked in Gaikwad’s favour. 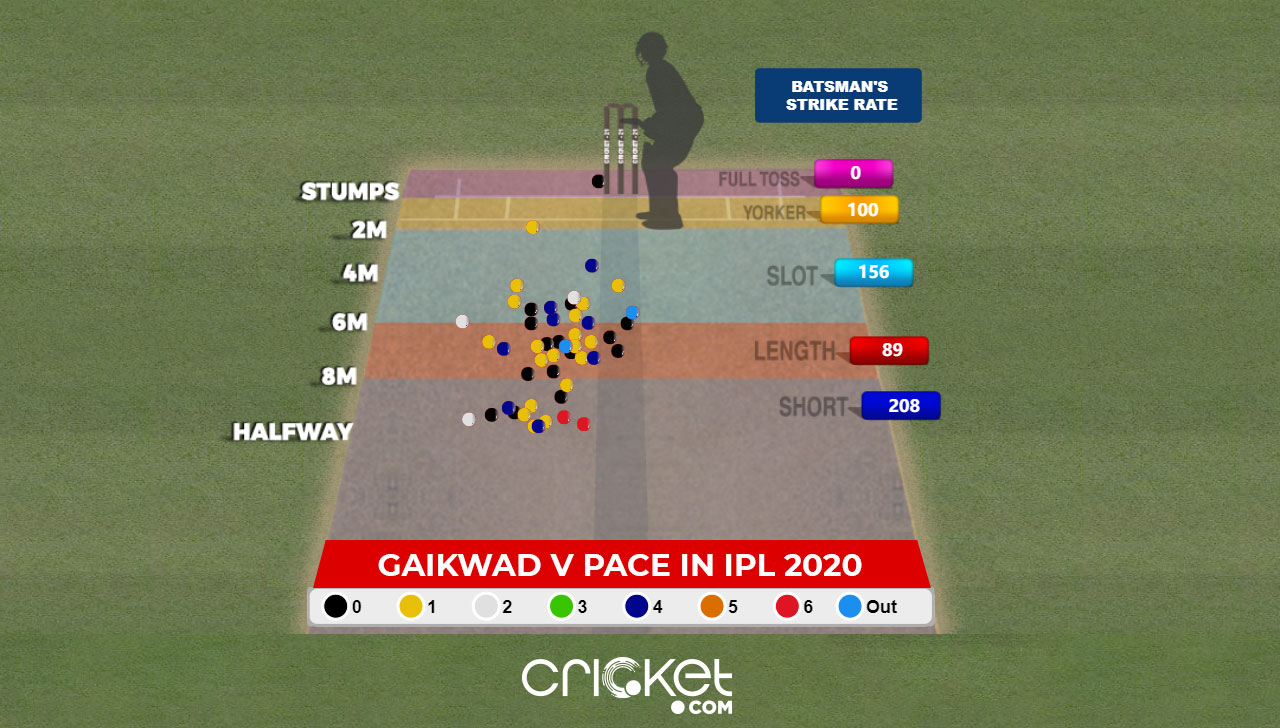 The pacers will be better-off bowling in their regular channels against the raging Gaikwad. Moreover, his strike-rate against spin in this season has been 102.82 as compared to 140.82 against pace. Hence, KXIP who surprised everyone by not starting with spin against Ben Stokes can unleash their spinners early on.