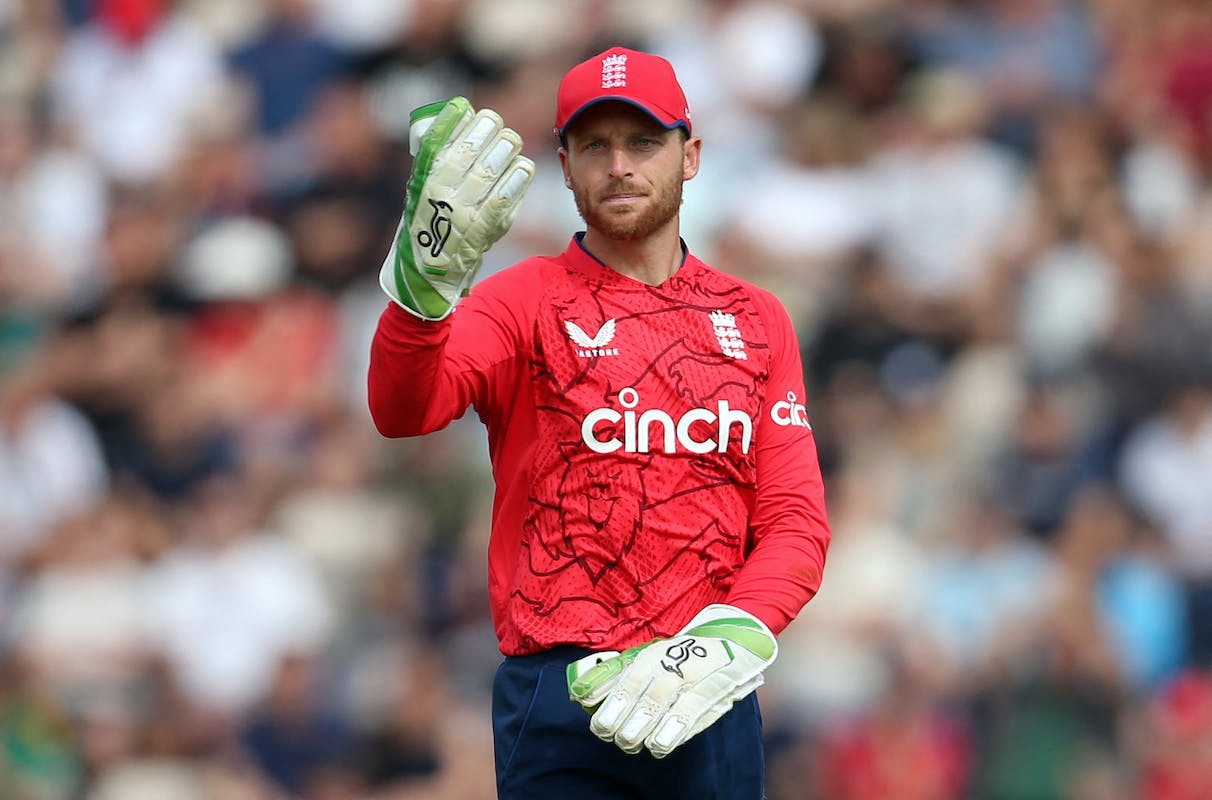 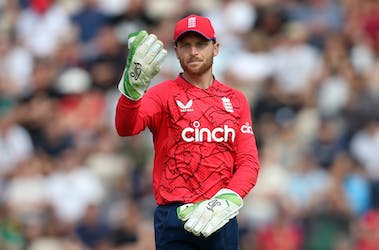 Your team’s best player not necessarily always makes the best captain. India have seen this and experienced it first-hand, South Africa too have experienced this in the past. Recently, Chennai Super Kings experienced this and now the Three Lions are too experiencing it.

Jos Buttler’s stocks in the white-ball format have skyrocketed and for a valid reason but that doesn’t always guarantee that he is going to be a great skipper. But to add to Buttler’s misery, several players were either rested, injured, which made his task tougher.

England – one of the dominant white-ball forces – just succumbed this summer, showing their vulnerability against two powerhouses, in the form of India and South Africa. And Buttler’s reign as a skipper has started off in the worst way possible. Their downfall - started with the bowling.

Granted England missed a plethora of their first-choice options, in Chris Woakes, Jofra Archer, Mark Wood but their performances were blowing rather hot and cold, more cold than hot. The Three Lions, in the shortest format, were merely just a shadow to the visiting bowling units.

Struggle in the shortest format

India, in their three clashes, conceded runs at just 8.6 RPO, averaging 17.9, picking up 27 wickets, at an average of nine per wicket. South Africa, on the other hand, picked up 26 wickets, averaging just 18.6, conceding at 9.1 RPO. England, across both the series, averaged 28.2, conceded 9.6 RPO, showing where they went wrong.

England’s bowling has been one of their weakness since some time now. In T20Is since 2021, the Three Lions have the second worst bowling average in the shortest format, at 25, with the joint worst-economy rate in world cricket. The English bowlers also concede a boundary much quicker than any other team, in the same time frame.

In the last two years, the Three Lions have been hurt in two phases of the innings – the middle-overs and the death. In overs 7-15, England average 28.2 with the ball, only behind West Indies. It is that phase where they were hurt the most in both the series, averaging 44.3 at an economy rate of 9.8.

England first-hand found out that the likes of Liam Livingstone, David Willey, Tymal Mills aren’t the most effective options in the middle. Combine that with Moeen Ali and Adil Rashid’s battering, the Three Lions had the perfect recipe for disaster.

Sam Curran and Reece Topley too were rendered useless in the same phase, giving England a major headache. If at all, England want to wipe their slates clean across formats – who do they look to?

England’s search for fast and furious?

From the English domestic scene, there are more than handy options that England could use during those phases of the innings. One such player, who stands out both in the middle-overs and the death, like Harshal Patel for India, is Benny Howell. 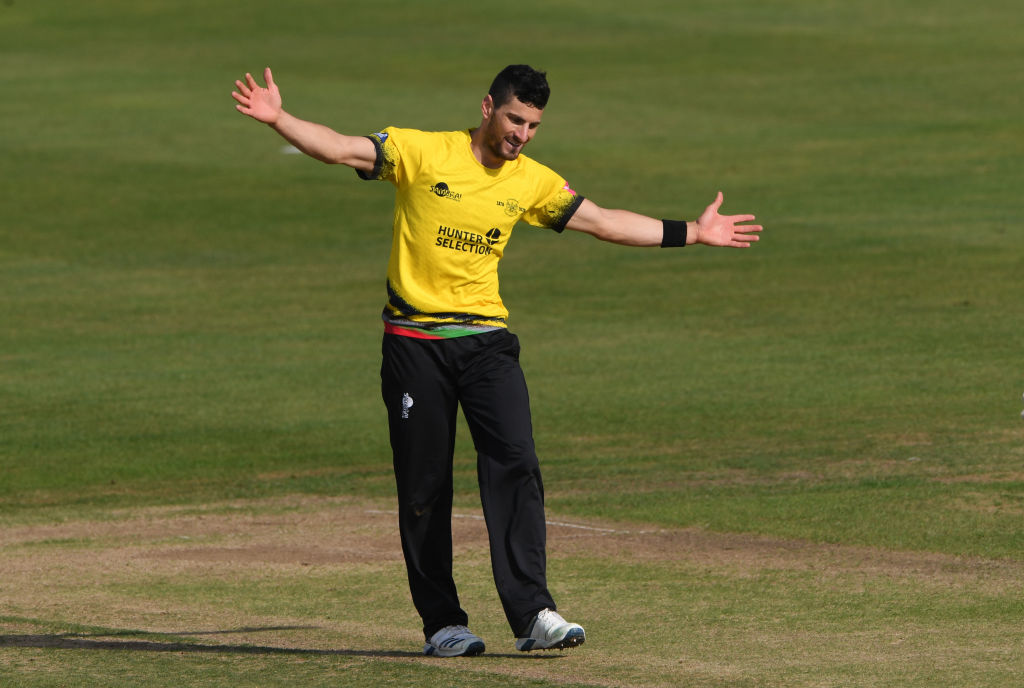 Across 12 games in that middle phase of the innings, the right-arm seamer has picked up 12 wickets, averaging just 24.5, conceding runs at 7.7. What will play into Howell’s hands are the long boundaries in play in Australia, which will force the batters to take the risk. His unique action coupled with a plethora of slower deliveries could very well make him a starter. England do have plenty of games before the showpiece event, presenting the management a perfect opportunity to test Howell out.

Samuel Cook, Matty Potts are two other options that the Three Lions could try in the white-ball formats, given their record in domestic cricket. Cook at the death, averages just 9.9, conceding runs at just 7.6, with a staggering dot-ball percentage of 32. Potts, has picked up 11 wickets, averaging 17 but has been more than brave to bowl the hard-lengths. The fact that he has found success on the international front already could be vital in bringing him to the white-ball format. 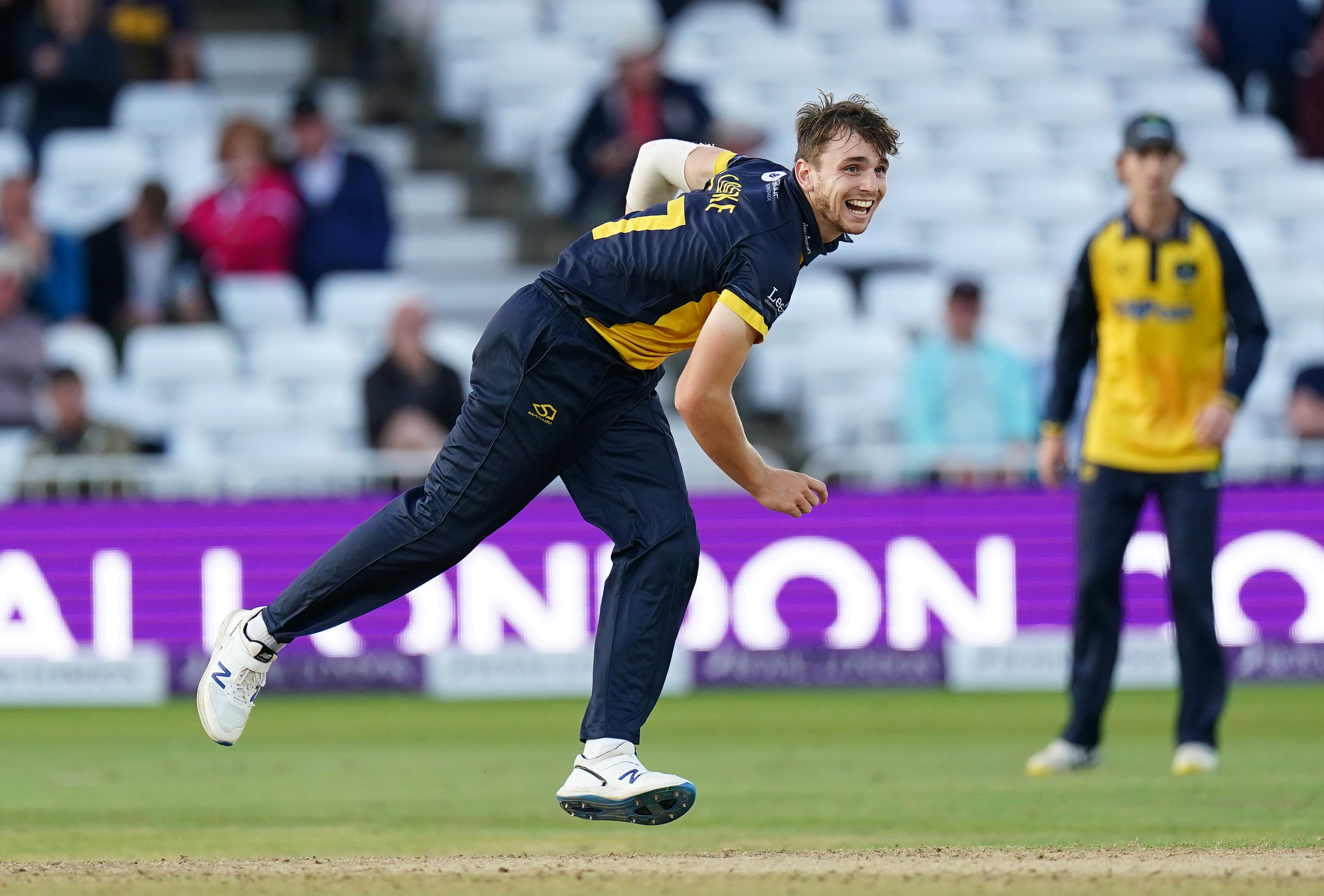 In the ODI format, England have an interesting choice at their sleeve – the 25-year-old Joe Cooke. Cooke averages 14.30 with the ball, picking up 20 wickets in just ten games. To go with that, Cooke, who is a left-handed batter averages 34.80 at a strike-rate of 119.17. Pretty similar profile to Stokes, isn’t it?

With Adil Rashid at the peak of his game, England wouldn’t be too fazed with his performance in the three-match series against South Africa. But if they are indeed looking for options, a known-figure in English cricket, Mason Crane could offer some respite. The leg-spinner has been the pick of the spinners over the last two years in the middle-overs phase, with 13 wickets, conceding at just 7.9 RPO. 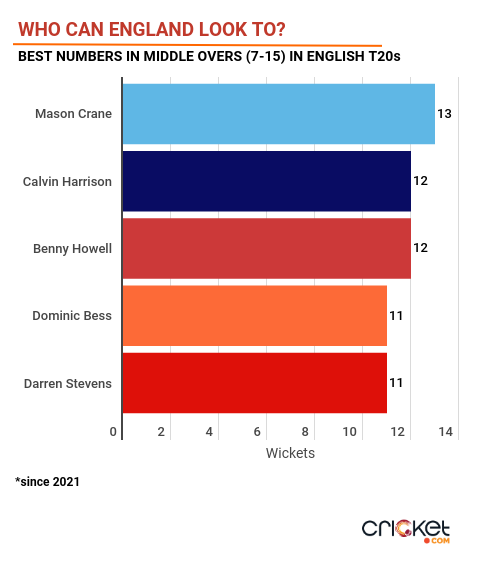 If not for Crane, England could test out Calvin Harrison, who is a bowling all-rounder. Not only can Harrison pick up wickets, averaging 23 with the ball, he can also be vital with the bat, striking at 121.49. While the figures aren’t quite yet impressive, him being at a very nascent stage of his career could provide England with a long-term option.

So, it was just the bowling, was it?

The conundrum that surrounds Jason Roy

Let’s be absolutely honest, Jason Roy isn’t any more an absolute certain in this England white-ball side. Roy has had his up-sides, more notably with the way he goes about attacking the bowlers but the downside is equally dangerous. The opener eked out 76 runs in 98 balls across six T20Is this summer. Roy has a glaringly obvious weakness – the moving ball.

"We back him 250%," Chris Jordan said but with so many talents that await the shed, should Roy even be backed 250%? Phil Salt is a leading contender to replace Roy at the top of the order. Even left-field choices such as Moeen Ali, James Vince and Dawid Malan have all been discussed, which only emphasizes that Roy is no longer indispensable.

In 19 innings, Salt has scored 513 runs, at a strike-rate of 155 in domestic cricket, which is one of the top reasons that he was around in the English setup during the summer. While it might come as a surprise, Daniel Bell-Drummond has been a force to reckon with in the T20 Blast, with an average of 39.78 at the top, striking at 155.3.

If England insist with a left-right combination at the top, they could promote either of Malan or Ali. Ali might just average 27.27 at the top but has an impressive strike-rate of 147.8, which could lengthen the English batting. Malan too has impressive numbers and could play as an anchor to Buttler’s aggression, with an average of 34, at a strike-rate of 132.9, which best position in T20s.