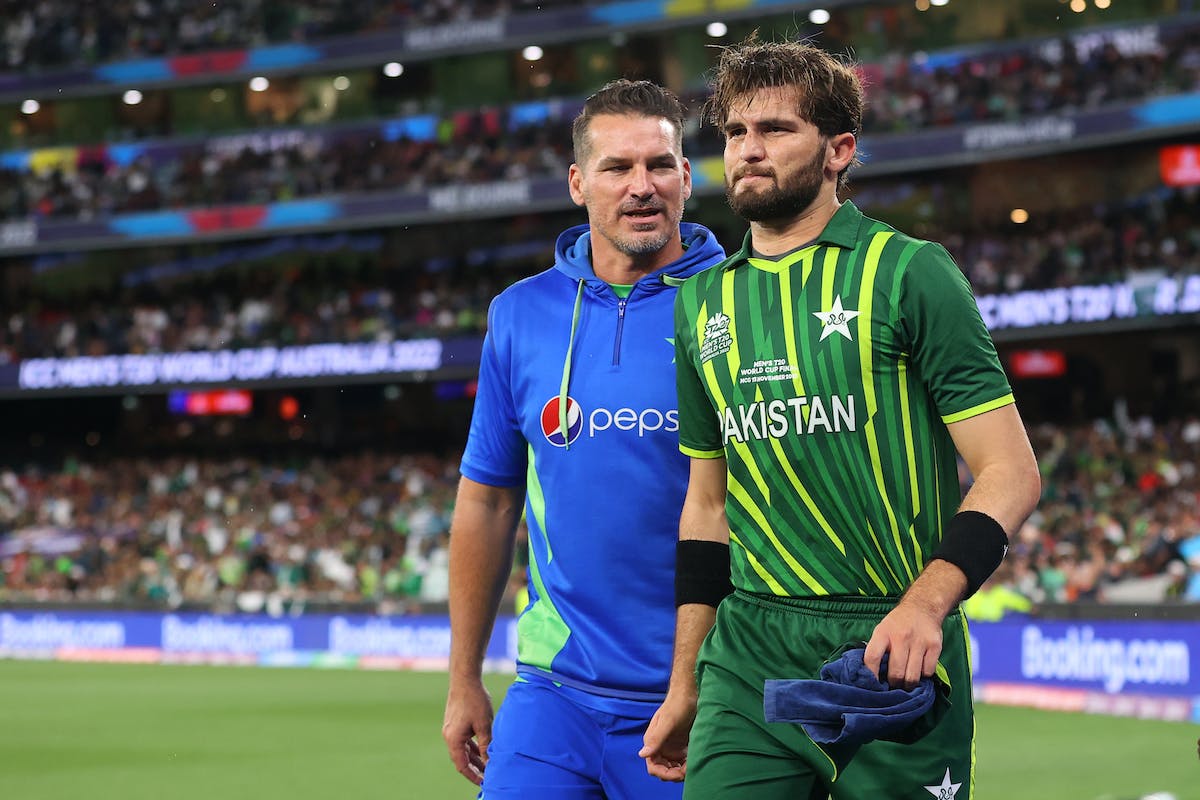 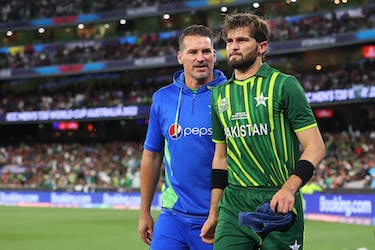 Pakistan pace spearhead Shaheen Afridi, has been advised two weeks of rehabilitation by doctors for the knee injury he suffered during Sunday's T20 World Cup final against England.

Afridi was helped off the field by Pakistan's medical team during Sunday's T20 World Cup final against England at the MCG after the left-armer struggled to complete his run-up in 16th over. Afridi seem to be in pain few overs earlier when he was down on the ground after completing the catch of Harry Brook in Shadab Khan's bowling.

He was taken for scans on Monday morning which confirmed there were no signs of an injury and the knee discomfort was likely "due to a forced knee flexion whilst landing". The PCB said his "return to international cricket will be subject to the champion fast bowler's successful completion of the rehabilitation programme and following go-aheads by the medical staff."

Despite the encouraging news, Pakistan are unlikely to play their star pacer in the home Test series against England in December and the series against New Zealand from December to January.

The knee injury he suffered in July this year during the Test series against Sri Lanka, had seen the pacer out of action for three months before the World Cup in Australia. Pakistan played in the Asia Cup without him and the home T20I series against England which they lost 4-3. During this time, Afridi was undergoing rehabilitation in the UK and recovered in time for the World Cup.

In the tournament, he claimed 11 wickets from seven matches at an economy of 6.2. In the final, he managed to bowl 2.1 overs and claimed 1-13.

The Pakistan Cricket Board is yet to get an assessment report on the the seriousness of the injury. Afridi's absence might open the door of Haris Rauf who is yet to play a Test for Pakistan.

New Zealand, who had abandoned their limited-overs series in September, 2021 at the final minute, will return to Pakistan for two Tests and three ODIs, set to be played from December 27 to January 15.

England, meanwhile, will return to Pakistan to complete their tour commitment with three Tests in Rawalpindi (December 1-5), Multan (December 9-13) and Karachi (December 17-21).