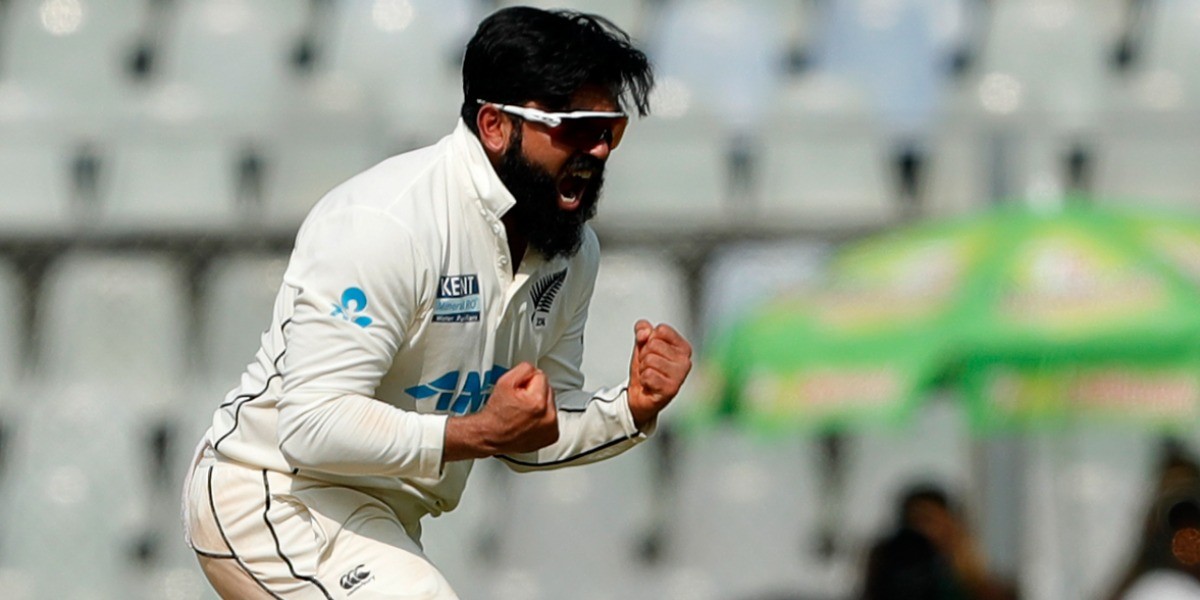 After all the excitement and the build-up, Ajaz Patel’s outing in Kanpur fizzled out all hopes. In the first innings, there was early sign of control from the left-arm spinner against Shubman Gill but once that came hurling down, it was a one-way traffic as the Indian batters smacked him all over the park.

His two wickets in the innings – Ravichandran Ashwin and Ishant Sharma – showed how he wasn’t in total control over his bowling.

But his arrival in Mumbai had a familiar tune to it, it had nostalgia attached. The spinner, who was born in Mumbai back in 1988, returned to his city of birth as a visitor.

"It's a bit emotional. When we landed in Mumbai yesterday and earlier when I used to land at the airport, I used to go to my family or friends but this time it was different, as this time I was with cricket, representing New Zealand,” said Ajaz Patel ahead of the Mumbai Test. 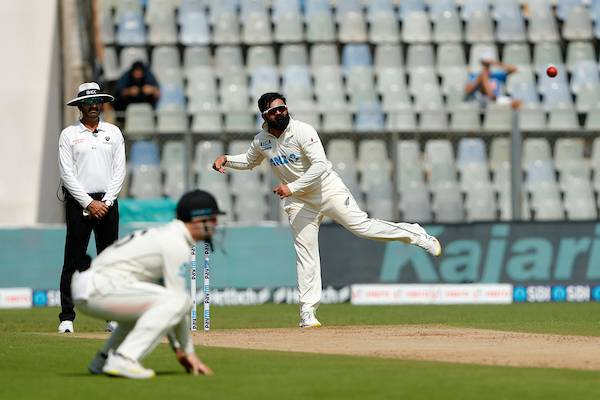 As revealed by the spinner himself, he was involved in a few practice sessions with the five-time IPL champions, Mumbai Indians. He definitely knew Wankhede, he understood the nuances of bowing at the venue and more importantly, was aware of how punishing it could get if one erred in line and length.

Kanpur served as a nice wake-up call. Even in conditions which aid spin, a spinner had to show faith, confidence and maintain utmost discipline in order to be successful. In the first Test, the trio of Ravindra Jadeja, Ravichandran Ashwin and Axar Patel showed that.

And Ajaz witnessed it very closely when he was batting. Whenever Rachin Ravindra was defending it close to his body, the left-arm spinner from the non-striker’s end was noticing the line and length. India made them play the deliveries, there weren’t too many that they could pad it away.

"I think as a spin bowling unit we were somewhat guilty of possibly not keeping the stumps in play for long periods of time. At the same time, these guys are good players of spin. They didn't give us too much," said Ajaz.

On Friday, day one of the second Test, that is where the 33-year-old stood out. He didn’t change a lot in terms of his pace, he didn’t get the ball to turn audaciously and he definitely didn’t have a plethora of variations but instead, believed in basics. The basics of bowling well as a spinner in India: make the batters doubt on where their stumps are.

He was a tad full at times but mostly, his good length was sublime. Learning from his struggle in Kanpur, where he was all over the place, he grouped his bowling in a channel that would force the Indian batters to take the risk. And when they did take the risk, the bowler did his trick.

Ajaz wanted the Indian batters to come out, to attack, to drive and to just force things. Shubman Gill’s wicket was a perfect read of that: he forced the Indian opener to come out and then shakily defend the ball, as it went straight into the hands of the slip fielder. What followed was just a masterclass of spin bowling. 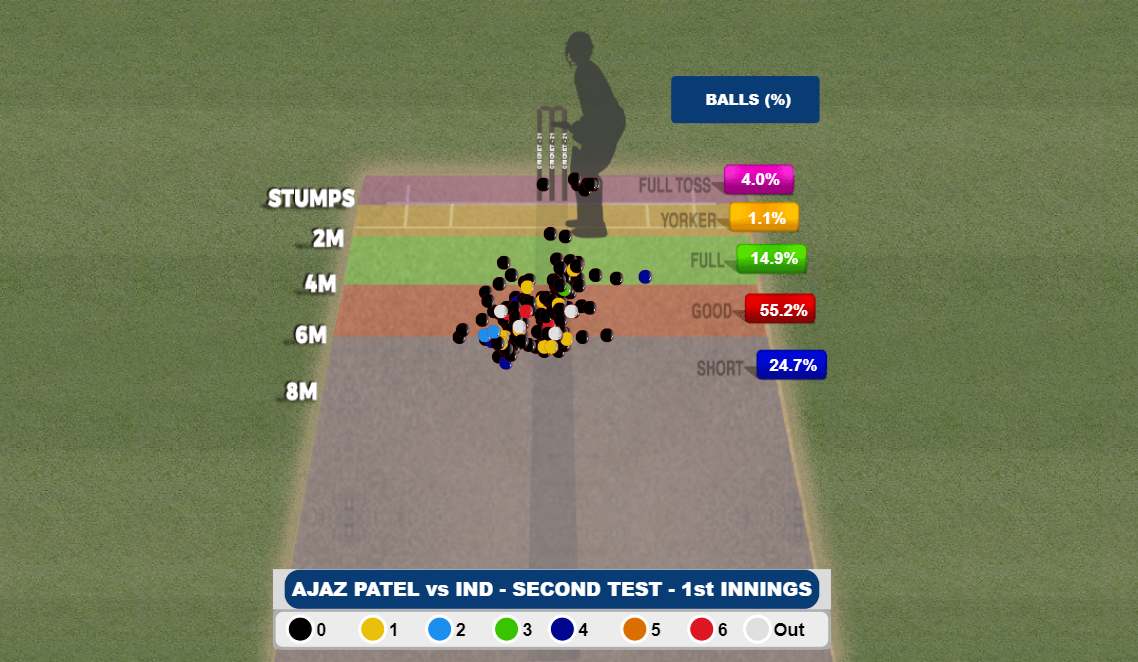 The 30th over of the innings defines Ajaz’s learning curve: simple yet effective. If you watch that particular over yet again, you would notice how the left-arm spinner drew the batter forward on the first instance and then pegged another one to stay back and get trapped.

Pujara was drawn out of his crease and then Kohli, just four deliveries later was given leg before. It was almost like watching the Indian left-arm spinners in action, the control and the ability to challenge the batter was sublime. And to top it all, he snapped the Kanpur centurion Shreyas Iyer’s wicket to make it four wickets for the day.

And the majestic century from Mayank Agarwal

As Ajaz stole bulk of the spotlight, Mayank was storming away with a scintillating century. He was short on confidence and runs coming into this Test, but the injury to the Ajinkya Rahane, Ravindra Jadeja and Ishant Sharma gave him another chance. It was the perfect opportunity to show his attacking nature of batting.

In the first spell against the pacers, the opener only slotted the odd bad deliveries, which came on his pad to the boundary rope. Never did he try to force things on the off-side, when the ball was shaping and moving.

Against Tim Southee and Kyle Jamieson, who picked his wicket in the first Test, the Karnataka opener was careful in his work, scoring just the 20 runs, off 49 deliveries, playing 40 dot balls against the pace attack. His battle against Ajaz, however, was intriguing, fascinating and enthralling. 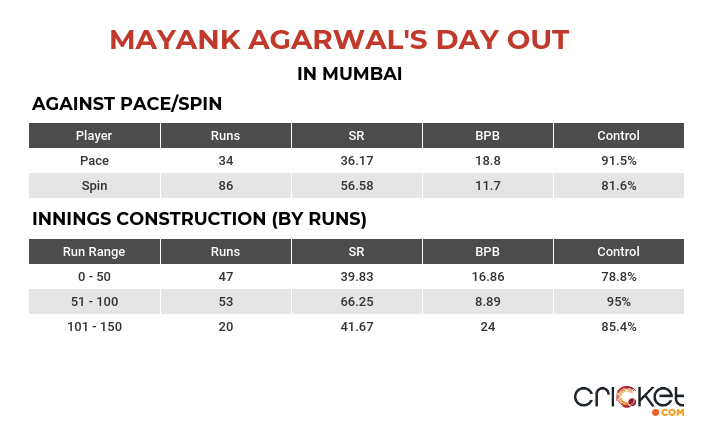 When the other Indian batters were finding it tough to tackle the left-arm spinner off his good length, Mayank did the unthinkable. He took the risk, he stamped his authority on the battle and stomped down the track to get 21 runs off 37 deliveries in the good length area, with two fours and two sixes.

Off Will Somerville’s bowling, the right-handed opener picked the length perfectly, smacking 12 runs off 13 deliveries in the same length, showing how quick he was in adapting to the line and lengths. In the Kanpur Test, Mayank was fidgety but in Mumbai, he was in total control over the situation of the game.

The Test match had its own share of ebbs and flows but Mayank’s batting brilliantly captured the essence of Mumbai Test – measured aggression. Even after facing over 200 deliveries, the right-hander had a control of 87%.

And when he walked back, it was 88%, showing how even after reaching the century he was in control throughout his innings, something that was missing in the Kanpur Test. Rightly so, it was the the cat and mouse battle between Ajaz and Mayank that stood out, with latter scoring 49 out of his 120 runs. In Tests, Mayank has hit four sixes against Ajaz Patel, the most for him against a batsman 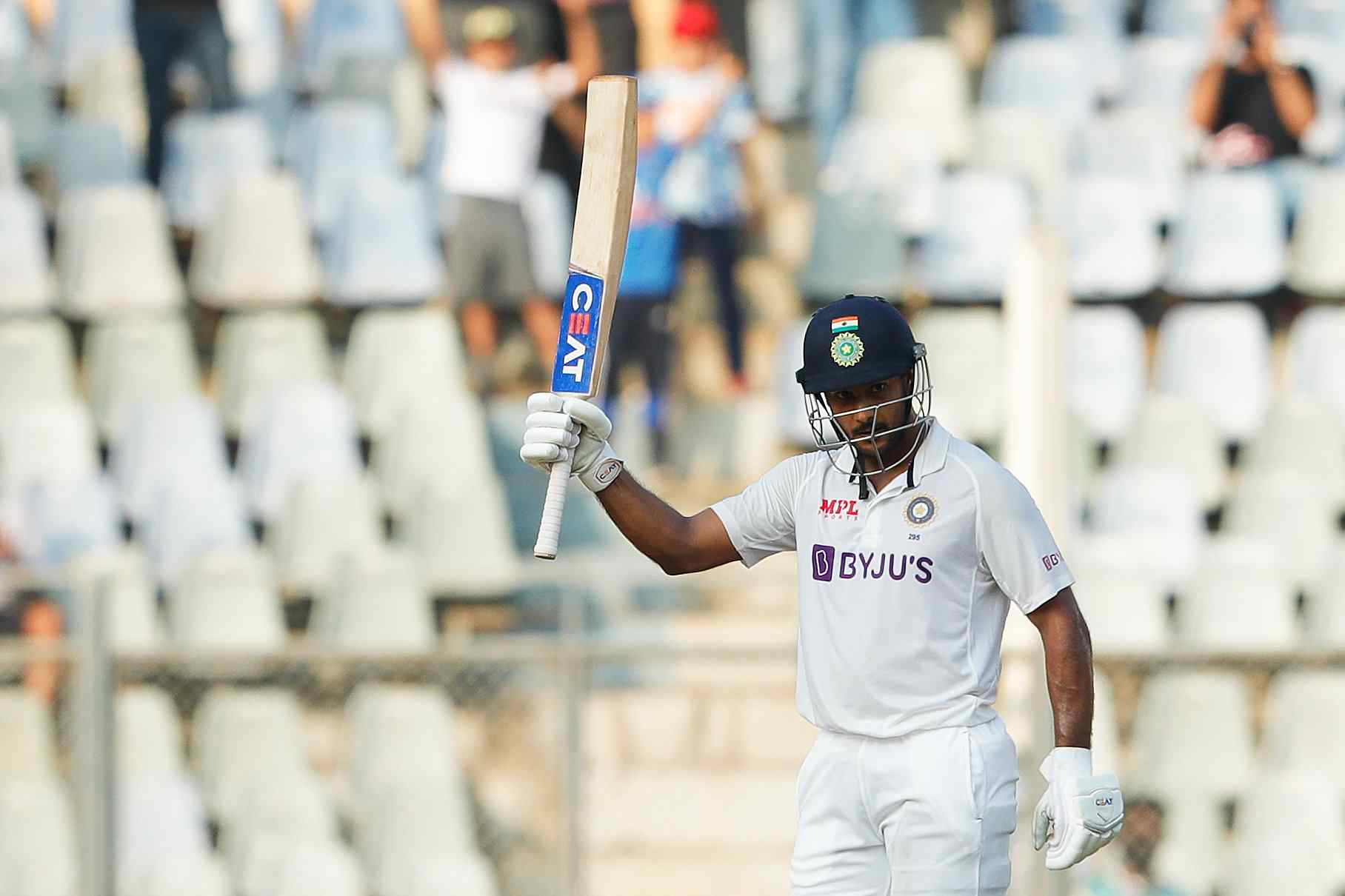 Mayank won the battle but Ajaz won the day, picking all the four wickets.