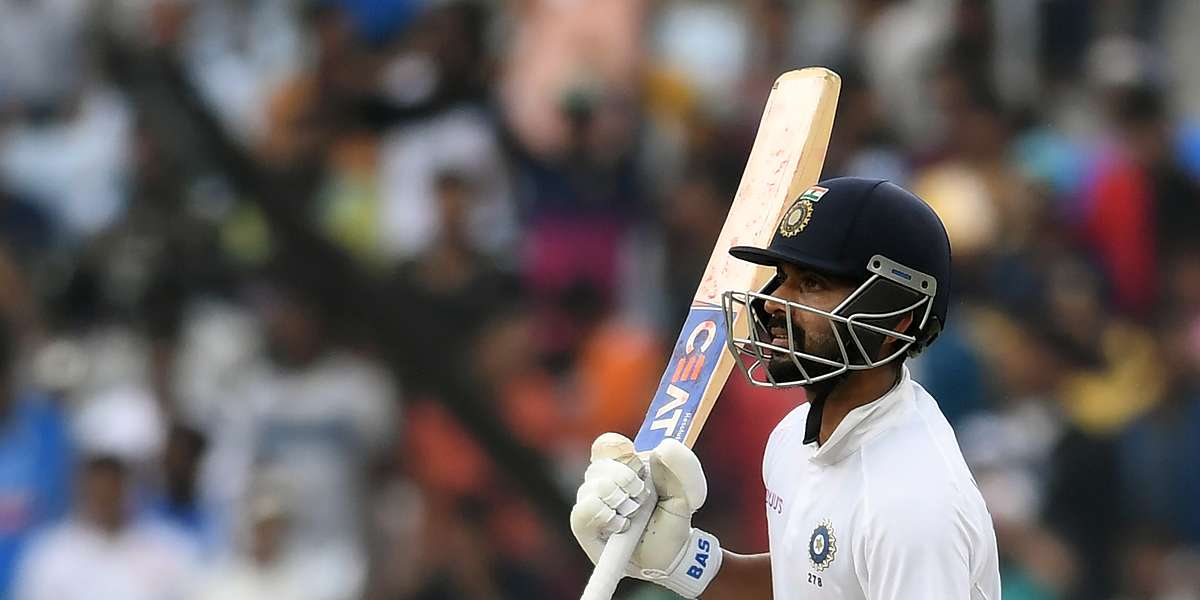 Flashback to the first week of November, 2016. England are in India for a 5-match Test series eyeing to repeat their 2012 heroics. At 51.4, Ajinkya Rahane is India’s highest averaging currently active batsman and is only behind Sachin Tendulkar (53.8) and Rahul Dravid (52.6) amongst all-time Indian players who have played 20 Tests or more. Pujara averages 49.2, Kohli 45.6 and Murali Vijay 39.8. Rahane, well ahead, is India’s main batsman in Test cricket at this moment.

Amidst the currently active players mentioned above, Rahane was the last one to embark his Test journey. It took him a long time to break into the XI while he was mostly a part of the 15-man squad post the departure of Dravid and VVS Laxman. Post an unsatisfying debut against Australia in Delhi in March 2013, Rahane’s next 12 Tests came on the toughest of overseas assignments for the Asian batsmen and he passed each one of those with flying colors.

In South Africa in December 2013, he was the only silver lining of India’s batting collapse on the last day of the Test which conceded the Test series. In what was only Rahane’s third Test, he caressed the Protea bowling attack at the peak of its power for 96 at a strike-rate of 61.1.

In New Zealand, a couple of months later, he scored his maiden Test hundred - 118 in Wellington. In July that year, he walked out to bat on a grassy wicket at Lord’s at 86 for 3 (further 145 for 7) and scored a match-winning 103. Cometh Australia, he amassed 147 at MCG, thus becoming the only Asian batsman to score Test hundreds at Lord's and the big G in the same calendar year.

His strokeplay was as sumptuous as his scores. A silken straight-drive against a rampaging Dale Steyn and swatting Mitchell Johnson twice in an over through mid-wicket for four at the massive MCG come to mind. 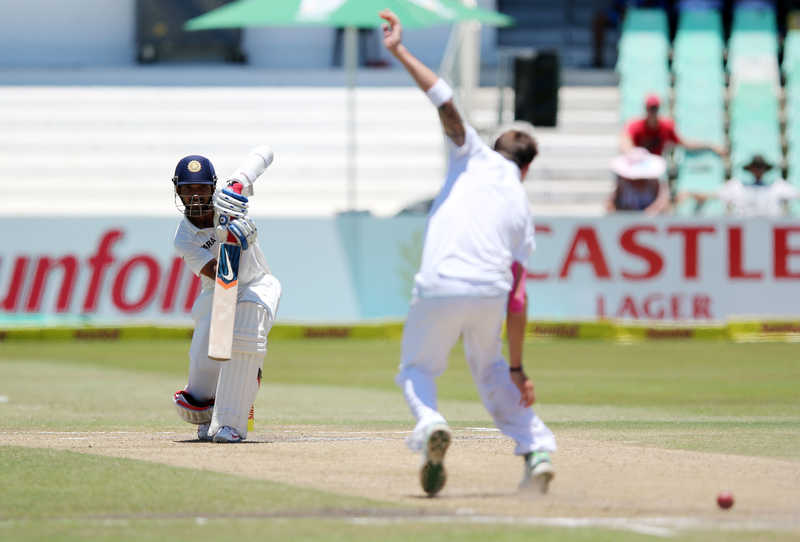 When India’s overseas cycle ended, he returned as one of the few positives. He further added scores of 98 in Bangladesh, 126 in Sri Lanka and 108* in West Indies to his Test record. In his first full series back home, Rahane notched up twin centuries against South Africa in the Delhi Test.

The bottomline here suggests Rahane was India’s all-conditions batsman. In his first full series in all Test playing nations (except Pakistan and Zimbabwe for different reasons), he scored a hundred in six and 90-plus scores in the other two. While Kohli had taken the mantle from Tendulkar in ODI cricket, Rahane was the hope to perform a similar role in Test cricket. However, the wheels fell off during the home series against England in 2016.

Rahane’s numbers dipped drastically. The right-hander accumulated only 63 runs in five innings before breaking his finger on the eve of the fourth Test in Mumbai. It was the first time in over 8 decades that a Mumbai Test was deprived of a native player. He was replaced by Karun Nair who piled up a triple ton in the fifth Test, thus jeopardizing Rahane’s place in the side.

Skipper Kohli, though, cleared that India’s vice-captain is an automatic selection and during the home Test series against Australia in early 2017, both Nair and Rahane played with none of them actually firing.

By the time India’s next overseas cycle arrived, Test series in South Africa in 2018, Rahane was dropped from India’s XI. It was the aftermath of a horror home series against Sri Lanka in which the right-hander was a walking wicket - managing only 17 runs in five innings at an average of 3.4.

He struggled to buy a run against spinners in India - an odd characteristic to have for a frontline Indian batsman. He averaged only 22.2 runs against spinners at home - the lowest amongst all who played at least four of the eight home Tests in 2017.

It was also the year when Rahane was trying to claim his spot back in the ODI setup. It is never easy to get into a side as an opener where the role is reserved by Rohit Sharma and Shikhar Dhawan. He still gave his best, scoring 586 runs in 12 games that year at an average of 48.8 - his best in any year in the format. He had also featured in a cut-throat T20 competition that IPL is.

Trying to keep up with the challenges of all three formats is a demanding task in the current dynamics of professional cricket. While only Rahane can say on what level it affected his game, some of his tame dismissals certainly champion this theory.

There is no better example than his dismissal in the first innings of the Nottingham Test. Well set on 81, batting in a 159-run stand with skipper Kohli, Rahane played an atypical loose drive outside the off-stump edging the ball to the first slip. In what should have been a big hundred to instil the confidence back in his batting, a reckless drive ended it 19 short of three figures. At Perth, batting on 30, he struck a square drive straight to Travis Head at point while hanging on his back foot.

Nearly a decade ago, Rahane had emerged as a potential India international with his habit of piling up gigantic scores. He amassed 172 against England Lions as a 19-year old and averaged 70.2 in his first two Ranji Trophy seasons combined including an unbeaten 265 against Hyderabad. The ability to produce innings of such magnitude went missing.

At the same time, Rahane’s IPL numbers took a hit too. In the 2017 and 2018 season, his strike-rate and average dropped below 120 with 30 respectively for the first time since the 2014 edition. It clearly indicates that the ambition to succeed in all forms did not do him any good. Currently, Kohli is the only batsman to be a consistent figure in all forms of the game for India. 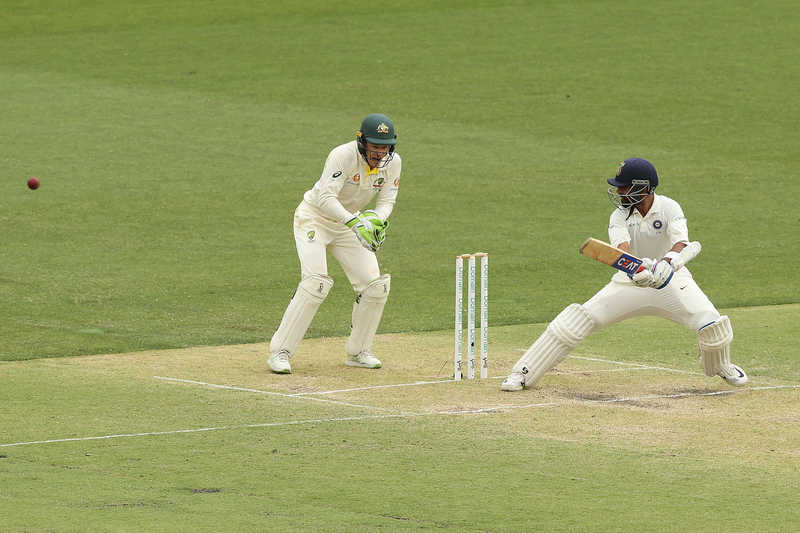 It is not that Rahane has not contributed to the team’s cause in his low time. His 81 in Nottingham laid the foundation to India’s first win in the series. His 70 runs in the second innings in Adelaide was worth a lot more than that number suggests. However, such contributions came too infrequently for a batsman of his quality.

Indian batting has often proven to be brittle in overseas conditions and such low returns at number 5 are quite unacceptable given other cricketers are knocking the door for selection.

In 2019, Rahane batted on thin ice with more perseverance. He had a much better IPL, even though he lost captaincy midway through the season. More importantly, during India’s tour of West Indies, he ended a two-year long wait for his tenth Test hundred. He then recorded scores of 59, 115, 86, 51 at home. Those innings could have been bigger but there was a palpable sense of the old-Rahane coming back to the horizon again who was scoring more consistently.

His strike-rate neared 50 again and he averaged 71.3 in the year. But, alas, India’s Test series in New Zealand only reminded the world about Rahane’s laborious efforts to get back to form prior to a blissful 2019.

He scored only 91 runs in four innings. Half of these runs - 46 - came in the first innings of the first Test which ended in another avoidable dismissal. On this occasion, the Mumbaikar dragged the ball onto his stumps while shouldering arms. 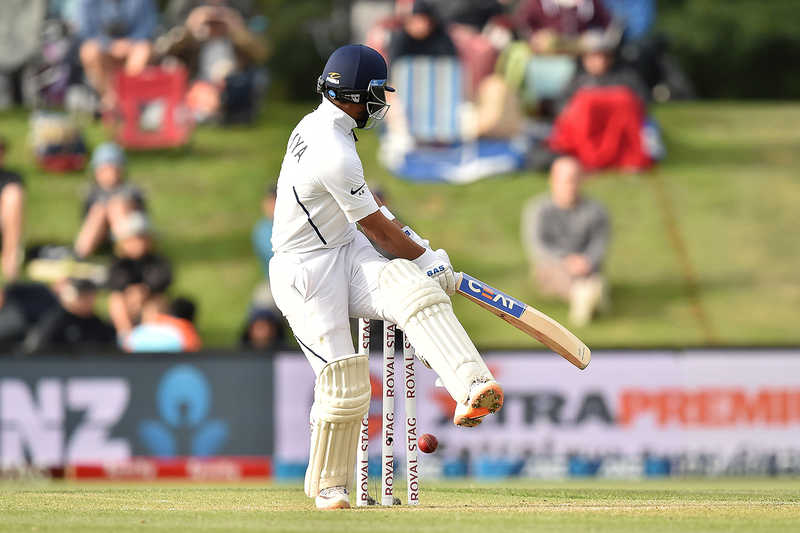 His last knock on the tour - also his last Test innings as yet - saw him dragging a short ball from Neil Wagner onto his middle stump in a bizarre attempt to paddle it to fine-leg while exposing all his stumps.

Turning 32 today, Rahane is one of the most watchable batsmen in world cricket at present. Even when he scores a scratchy 20, he will play one of those shots that will leave you awestruck. Keeping all this in mind, frustration is evident for fans when such promise doesn’t deliver. That frustration reached its peak when he clattered the ball onto his own stumps in the second Test in Christchurch.

The same frustration might test the selectors as well whenever they will sit to pick India’s next Test squad. After all, it has been too long since Rahane has batted like a shadow of his former self which averaged 48.6 in his first overseas cycle to the SENA countries (South Africa, England, New Zealand and Australia). In the succeeding one, only 27. The career average has fallen to 42.9 from the glorious 51.4. 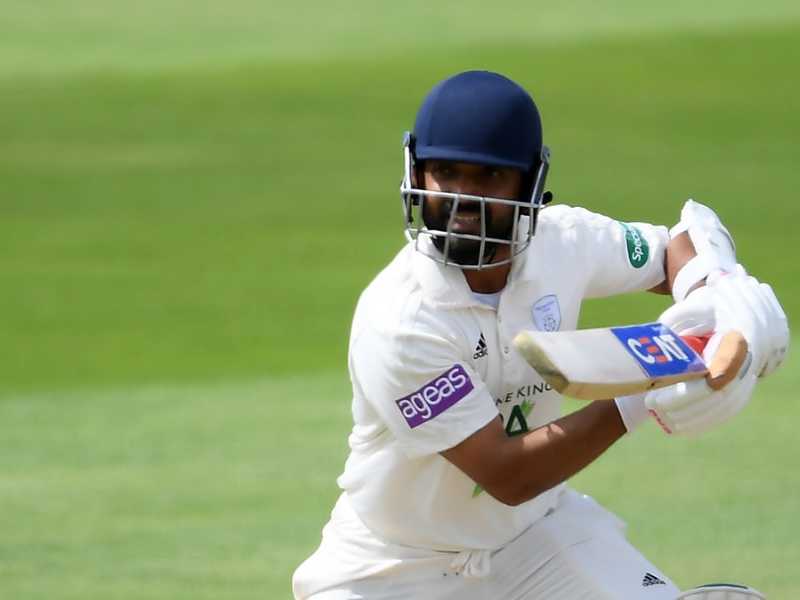