All-round India A take opening-day honours against Bangladesh A 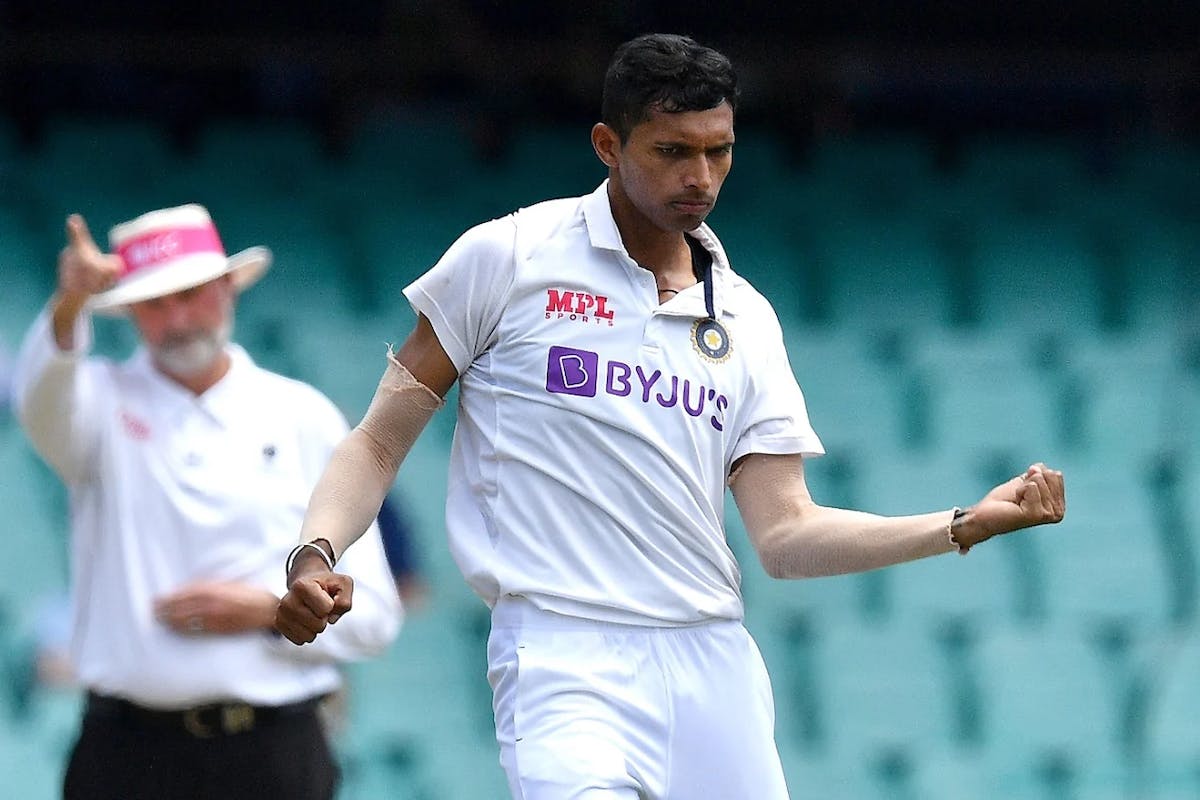 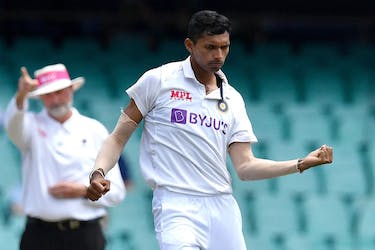 All-round India A take opening-day honours against Bangladesh A

Navdeep Saini, Saurabh Kumar and Mukesh Kumar helped India A bundle out their opponents for a paltry 112

The pace-spin combo of Navdeep Saini and Saurabh Kumar impressed the most as India A grabbed the opening-day honours after a commanding performance against Bangladesh A in the first unofficial Test on Tuesday (November 29).

In reply, the visitors finished strongly at 120 for no loss to go ahead by eight runs by the time stumps were drawn. Yashasvi Jaiswal and India A skipper Abhimanyu Easwaran were looking good at 61 and 53, respectively, when play ended on the first day.

After Saini and Mukesh picked up five of the top six with just 63 runs on the board, the hosts recovered somewhat to cross three figures owing to Mosaddek Hossain's 63. He struck six fours and three sixes after Bangladesh were reeling at 26 for 5 at one stage.

However, the problem with the home team was that their batters also struggled against spin, with left-arm spinner Saurabh running through the lower-order to finish with excellent figures.

The 29-year-old Saurabh's performance assumes significance as he could be drafted into the Indian Test team for the upcoming two-match series in Bangladesh if star all-rounder Ravindra Jadeja is ruled out.

When their time to bat came, India A were served well by the duo of young Jaiswal and Easwaran as the pair not only added 120 runs but also scored them at a good rate. While Jaiswal struck eight fours in his 106-ball knock, Easwaran found the fence six times while facing 111 deliveries at the Sheikh Kamal International Cricket Stadium.

Even as veteran Easwaran led from the front, Jaiswal will resume his quest to bring up a sixth hundred in only his eighth first-class match and consolidate the visitors' position in the opener.

Earlier in the day, Delhi pacer Saini struck the first blow when he bowled Mahmudul Hasan Joy, who was beaten by late swing. Mukesh had the other opener, Zakir Hasan caught behind before disturning Mominul Haque's stumps.

Saini then had Najmul Hossain Shanto caught at third slip, before skipper Mohammad Mithun went for a wide one to leave Bangladesh A tottering at 26/5. Mosaddek sought to revive the innings but there was no support at the other end.

However, the Indian openers quickly managed to get the measure of the Bangladesh bowling attack, as the likes of Khaled Ahmed, Rejaur Rahman Raja and Taijul Islam failed to either get a breakthrough or contain them.