Amidst the turmoil, India need Virat Kohli the batsman in the ODI format 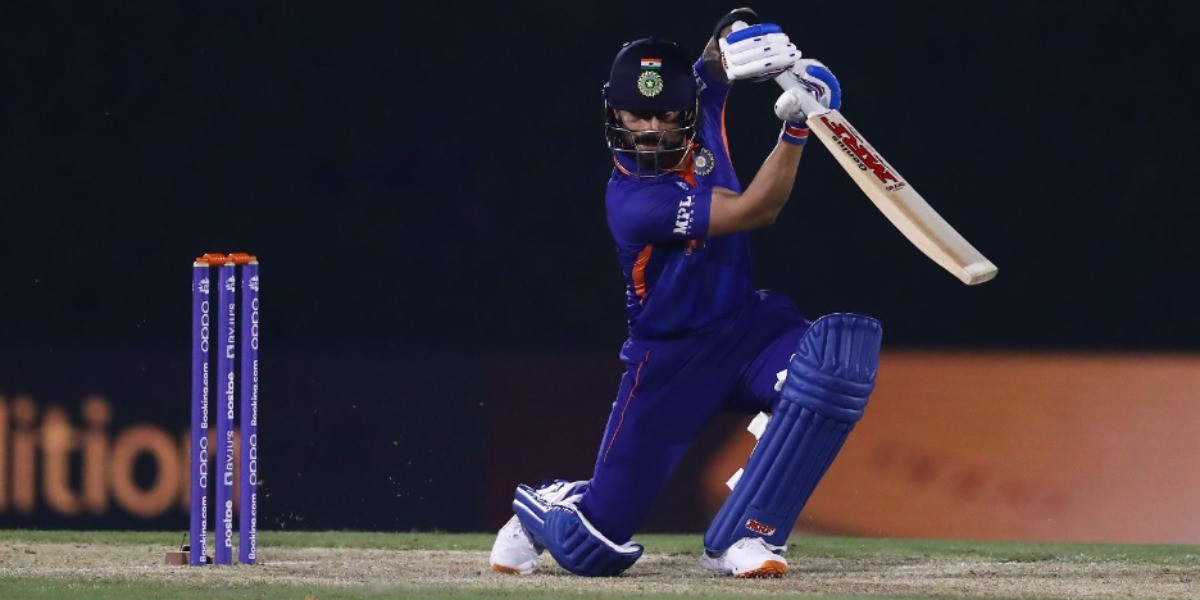 Amidst the turmoil, India need Virat Kohli the batsman in the ODI format

A month before the Indian side set foot in their inaugural match of the T20 World Cup, Virat Kohli shocked the cricket frenzy fans by announcing his decision to step aside as the captain of the team in the shortest format of the game.

"I feel I need to give myself space to be fully ready to lead the Indian team in Test and ODI cricket, '' read the statement from Kohli explaining his decision to relinquish the leadership role to Rohit Sharma.

Well, little did he know that a couple of months after his resignation, he would be unceremoniously sacked as the skipper of the Indian side despite being one of India's most successful captains.

8th December 2021, a day Kohli and his army of fans would want to forget as the Board of Control for Cricket in India handed over the reins of white-ball format to Rohit, starting with the series against South Africa.

With tempers flaring in the pre-departure press conference, there is undoubtedly turmoil amongst the big-wigs of Indian cricket. However, despite all the troughs and crests in the past couple of months, Kohli still remains one of the greatest players in the modern era, especially in the fifty-over format.

With 12169 runs in 245 innings, Virat Kohli is sixth on the list of leading run-scorers in the one-day format. The 33-year old smashed 43 centuries and has an average of 59.07 in this format, which is the best among players with a minimum of 12000 runs.

The record of Kohli speaks volumes of the exuberant talent and determination of the man to defy odds and carve a niche for himself in the world arena.

While there has been a word around Kohli not scoring a hundred since November 2019, the numbers of the talisman are still second to none as far as ODIs are concerned since the start of the 2019 season. 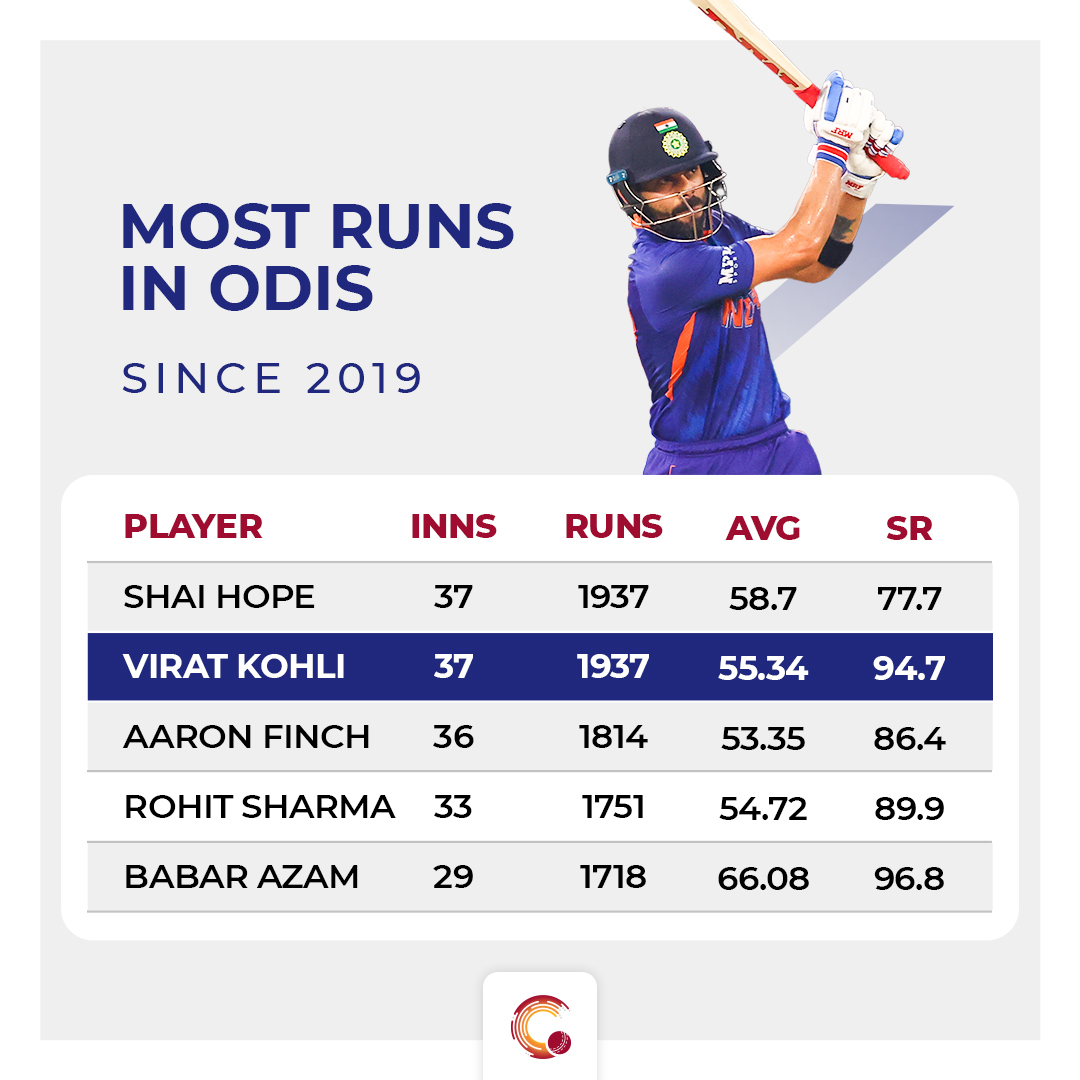 Over the years, Kohli has been regarded as the master of pacing the innings in a run chase and has guided the team over the line on numerous occasions.

Chasing a target is one of the most challenging arts to master in the sport, mainly because of the pressure of the scoreboard combined with the ever-increasing scoring rate. 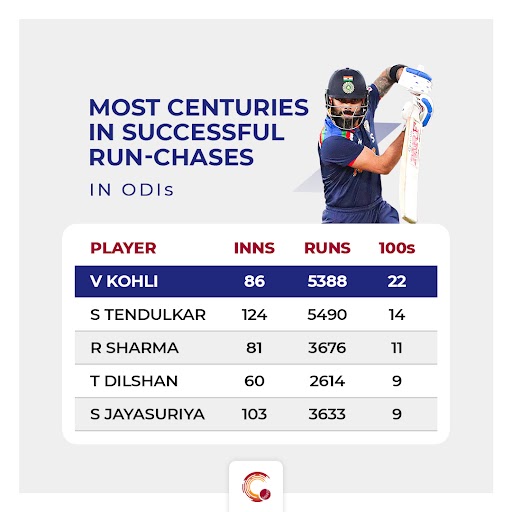 However, Kohli has been the greatest ever chaser in world cricket and amassed 5388 runs in 86 innings with 22 scintillating hundreds, the most by a player in successful run chases.

When most people felt Kohli was enduring a dry run at international cricket from the year 2019, he's scored 977 runs in 18 innings at an average of 61.06 and a strike rate of 94.1 in pursuit of the targets.

The glue in the middle-order

One of the glaring issues for the Indian side in the previous edition of the World Cup was the middle-order conundrum. While the team has been grooming Shreyas Iyer for the number four slot, the injury concerns surrounding Hardik Pandya have continued to cast an uncertainty in the make-up of the batting line-up. 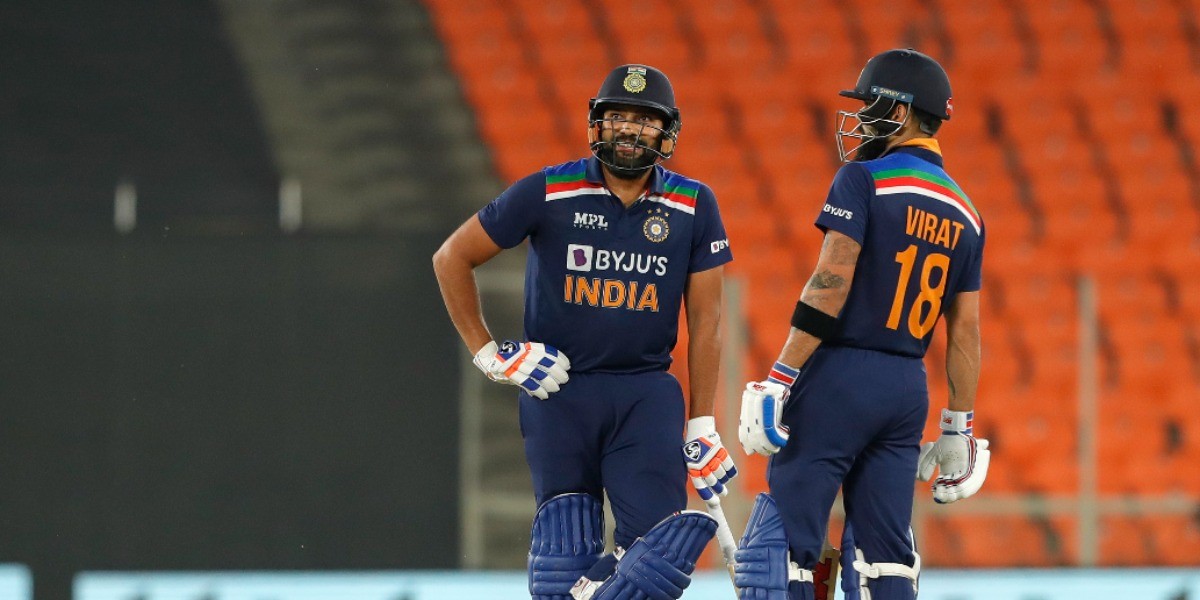 Given the situation, the onus of the team will rely heavily on Rohit and Kohli to guide the inexperienced batting unit through the tough phases of play and take the Indian team to safety.

India could benefit from the fire and ice combination

With Rohit at the helm of affairs for the side in the white-ball formats, Team India has polar opposite skippers leading them across three forms of the game.

While Rohit is known to be one of the calmest individuals on the field, and someone who does not show his emotions too much, Kohli, on the other hand, exudes a lot more emotions and is aggressive, ensuring the morale of the team is top-notch irrespective of the outcome of the game.

Under Kohli as the leader of the side in this format, India recorded a win percentage of 70.43 and won 65 out of the 95 matches he led, making him one of the most successful captains in the glorious history of Indian cricket.

If India aims to replicate the heroics of MS Dhoni and his team in the 2011 home World Cup, the experience of playing in pressure situations that Kohli brings to the team is invaluable.