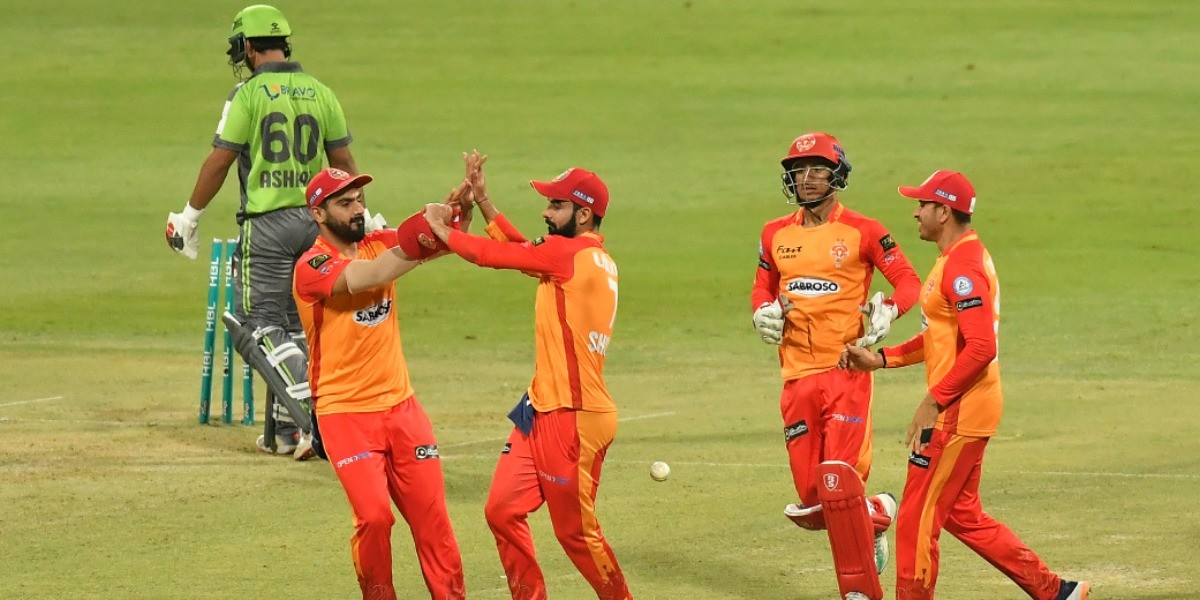 Islamabad recovered from 20 for 5, to post a competitive total of 152

An incredible 75 from Asif Ali followed by Muhammad Musa’s three for 18 handed Islamabad United a stunning 28-run victory over Lahore Qalandars in  Pakistan Super League (PSL) 2021 in Abu Dhabi. This win propelled United – the champions of the 2016 and 2018 editions – to the top of the points table

Qalandars, on the other hand, slip to second, only behind United on net run-rate.

From 20 for 5, Asif and Iftikhar stitched together a 123-run stand for the sixth wicket, which gave United a competitive score of 152 for 7. James Faulkner was the wrecker-in-chief for Lahore, picking up three wickets for just 19 runs. He was well supported by Shaheen Afridi (2 for 19), who had put their side in the driver's seat early on, removing four United batsmen in the first six overs.

Qalandars, chasing 153, were bowled out for 124 with 10 balls to spare despite a solid start to their innings. The opening pair of Fakhar Zaman and Sohail Akhtar stroked a 55-run partnership that ended on the last ball of the powerplay when leg-spinner Fawad Ahmed trapped the latter in front of stumps.

From 86 for 2 in the 10th ver, Qalandars collapsed to just 124 in the next 50 deliveries. It was fast bowler Musa who triggered the collapse, getting rid of Mohammad Hafeez (8), Ben Dunk (1) and Zaman (44) in quick succession to bring United back into the game.

With the pressure mounting on Qalandars, Tim David, fresh from his match-defining 64 not out against Peshawar Zalmi, hold out to deep midwicket off Shadab, who four balls later cleaned up Rashid Khan with a googly. Haris Rauf threatened to shift the game back in his team's favour with a couple of sixes but he holed out in the deep for 17 off 11 in the penultimate over which ended Qalandars’ innings.

This was the first time in PSL that Islamabad won the toss and opted to bat.

Player of the match: Asif Ali