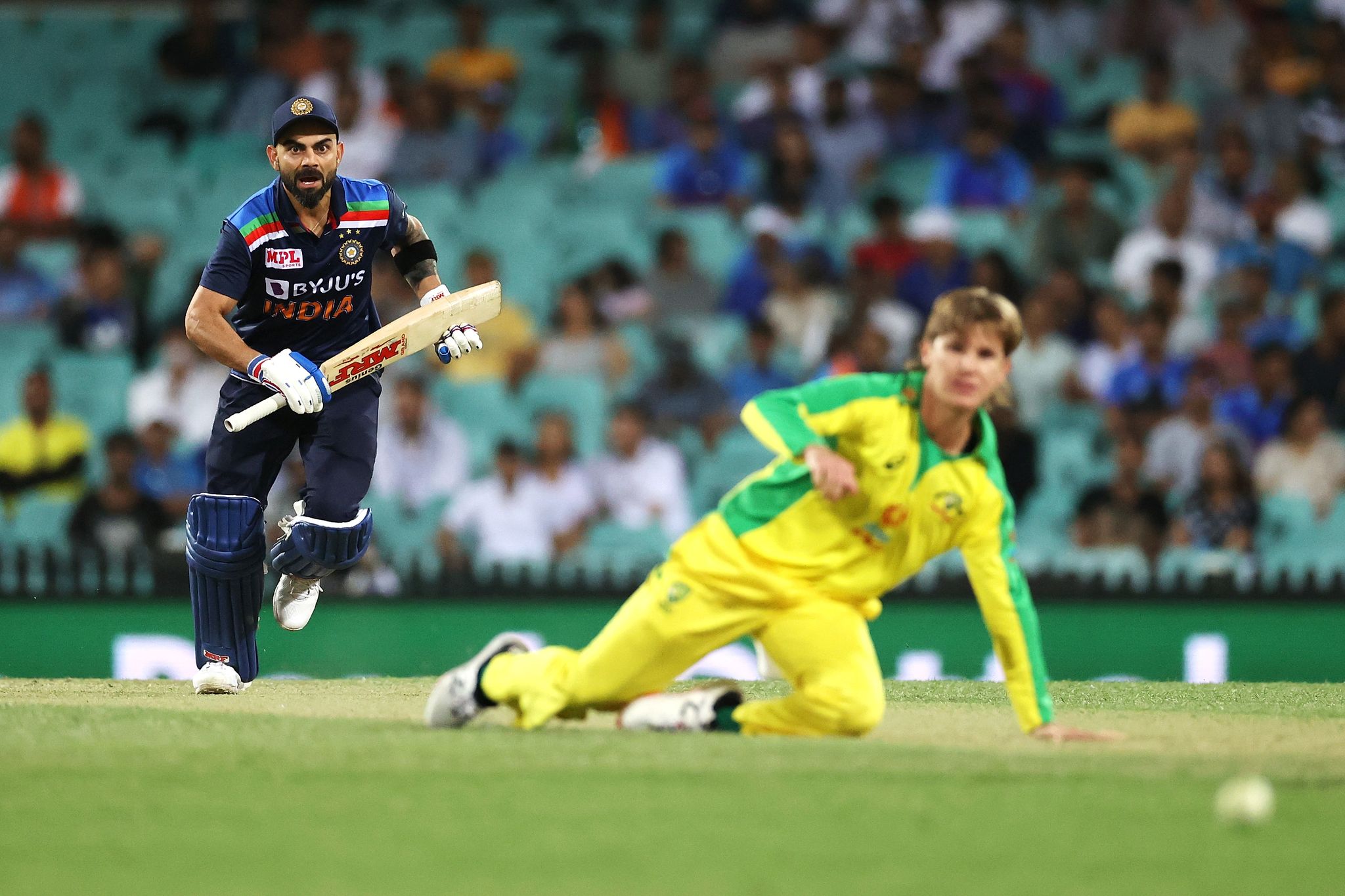 Here are a few tips that might help you in creating your fantasy team for the third ODI between Australia and India, in Canberra

It was déjà vu for India in the second ODI. Like we suggested, Steve Smith took the bones out of the Indian pacers in a performance that was the mirror image of his knock from the first ODI. While there is a shift in venue for the third ODI, we do not expect the carnage to stop.

The Manuka Oval has not hosted an ODI since December 2016. In the nine ODIs till then, it was a high scoring venue with 350+ scores his for fun. Overall it has a run-rate of six in ODIs, the highest among all venues in Australia.

In the T20s played in Australia since 2018, it is the venue with the highest run-rate of 8.7 among stadiums with more than one T20 in this time. So, having top-order batsmen in your side should be a given.

While we do not have recent ODIs played at the Manuka Oval to take a cue from, let us look at the performances in T20s to get an idea.

As a surprise, the leas effective type of bowlers here have been the leg-spinners. But, as we have seen that Adam Zampa does not mind going for runs in search of wickets, it will be imprudent to leave him out. 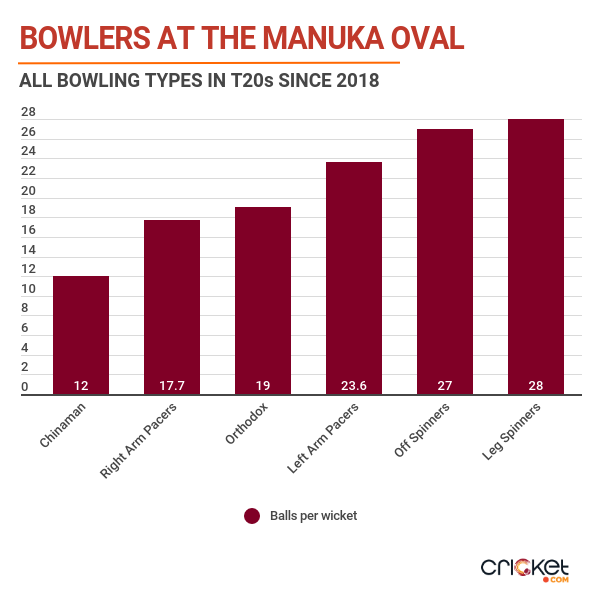 At an individual level, Josh Hazlewood has not bowled here in a T20 game in this period. Mitchell Starc went wicketeless in a solitary game he played. But, it is advisable to include Hazlewood in your XI who, in absence of Pat Cummins, will have a bigger role to play. 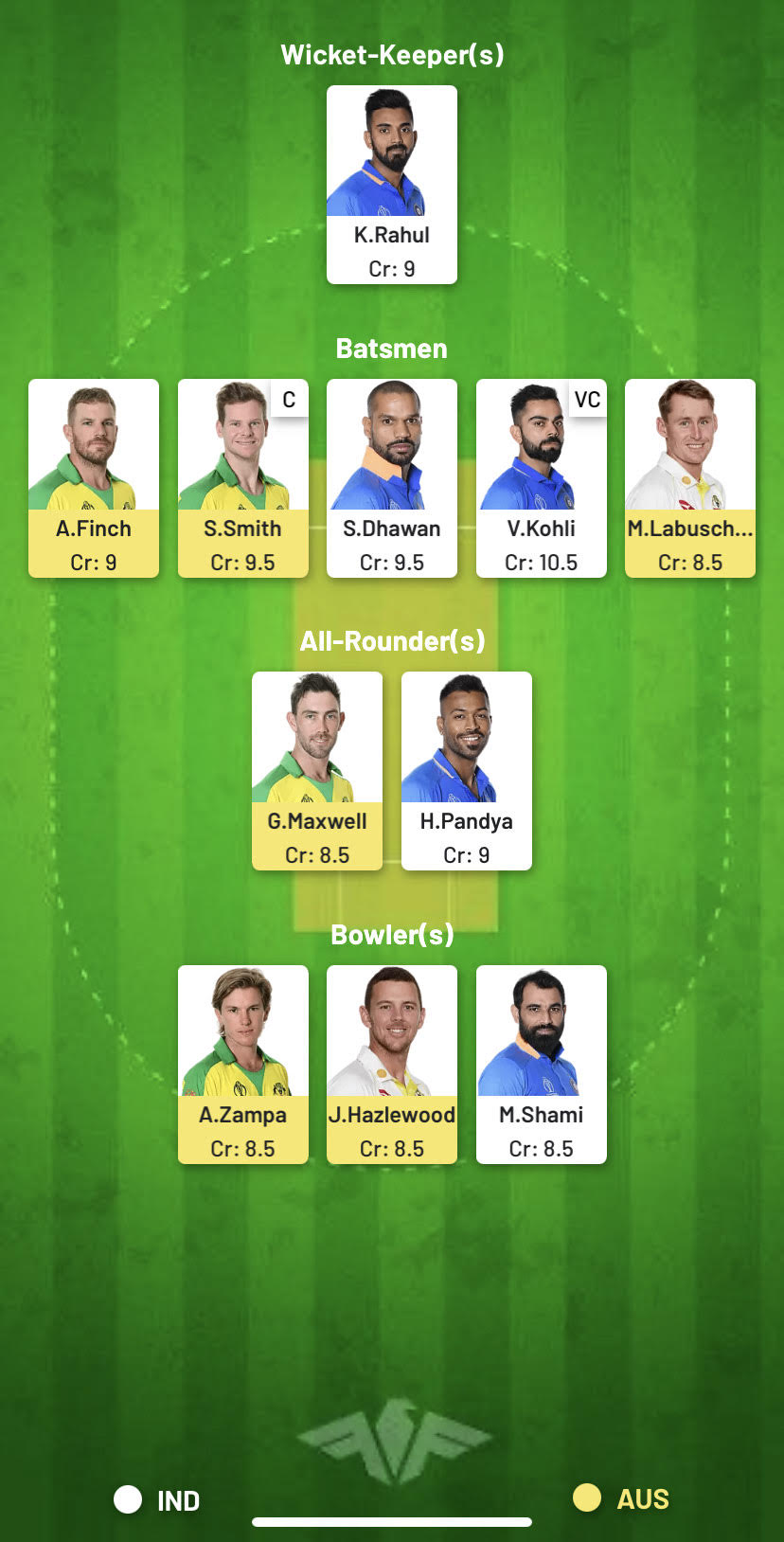 We are falling short of words to describe the genius of Steve Smith. He has taken his love affair to the Indian bowling to another level this series with two identical centuries that came in 62 balls.

Facing found his hands, we can expect him to be among the runs again in the third ODI especially with added responsibility due to the absence of David Warner.

It is fair to say that Virat Kohli will be hurting right now. Since his time as a captain, the Indian side has not been as mediocre with the white-ball as they have been in the current series.

However, having added runs to his name in the second ODI, Kohli must be feeling a lot more confident. On what is expected to be a batting-friendly wicket in the third ODI, we can expect Kohli to go one step better to announce himself at his favourite touring destination.

No other player has more runs for Australia at home since 2018 than Aaron Finch. These have come at an average of 49.33 and a strike-rate of 84.2.

He is also the leading run-scorer at the Manuka Oval with 273 runs in four innings with two centuries against his name. In red hot form against the toothless Indian attack, leave him out of the XI at your own peril.

There must be some regret in the Australian set-up that they did not include Josh Hazlewood in their 2019 World Cup squad. In ODIs at home since 2018, he is the leading wicket-taker for Australia with 15 wickets in 9 innings.

Even in the current series, he has taken five wickets in two games and averages 22.8 balls per wicket, better than all other pacers from both teams.