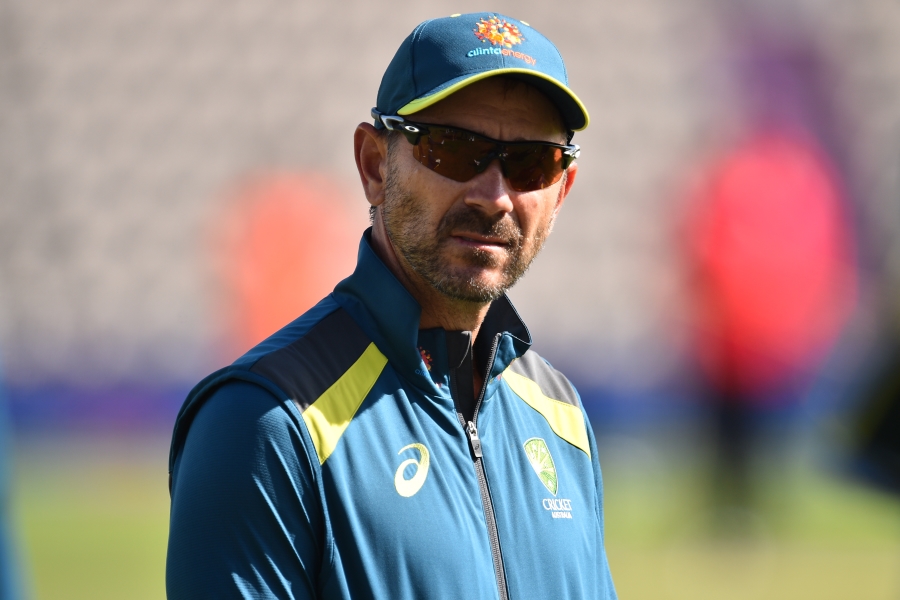 Justin Langer expressed "respect" on Friday for Virat Kohli putting family before cricket, while strongly suggesting Joe Burns would remain opener for Australia in the first Test against India.

India skipper Kohli and his Bollywood star wife Anushka Sharma are expecting their first child in January, and he is set to return home after the opening Test in Adelaide ends on December 21.

Given the superstar batsman would have to quarantine again for 14 days if heading back to Australia, it appears certain he will miss the final three Tests in Melbourne, Sydney and Brisbane.

His absence improves Australia's chances of avenging their home series defeat to India two years ago but is a blow for broadcasters and fans.

"Virat Kohli is probably the best player I've ever seen in my life for so many reasons, not only batting but his energy and passion for the game, the way he fields," Langer told reporters by video conference.

"I cannot believe he displays the energy he does in everything he does and I've got so much respect for him. I've also got respect for him in the sense that he's made this decision (to return for the birth).

"He's a human being like all of us... if I was giving advice to any of my players I would always say never ever miss the birth of your children because it is one of the great things you'll ever do."

Kohli will lead India in three ODIs from late November, three Twenty20 internationals and the first Test -- a day-night match -- before departing.

"Of course it will have an impact (his absence), but we also know that India beat us last time (in 2018-19). They're a very, very good team, we cannot get complacent for a second with or without Virat," Langer added.

While most of the first XI is locked in, the drums have been beating for Pucovski to replace Burns as David Warner's opening partner after smacking back-to-back double centuries.

"Pucovski's been amazing hasn't he, and that's what we're looking for. We want guys who are outside the team to bang so hard you can't ignore them," said Langer. "And the fact is Will's been so good, we can't ignore him.

"That said, I've also been consistent with the messaging since last summer, the last time we played Test cricket, that we loved the combination of Joe Burns and David Warner.

"They have a real synergy, they work well together, have chemistry. So at this point I'd say that will remain the same."

Warner, Steve Smith and others who played in the Indian Premier League are now back in Sydney and undergoing a mandatory 14-day quarantine.

It means the team will not be together until the morning of the opening one-dayer on November 27.

Langer called the situation "challenging" but added: "They're all in really good spirits and can't wait to get the summer under way, they're all pumped."