Away from politics in Pakistan, Zahoor Khan forges a successful career in UAE 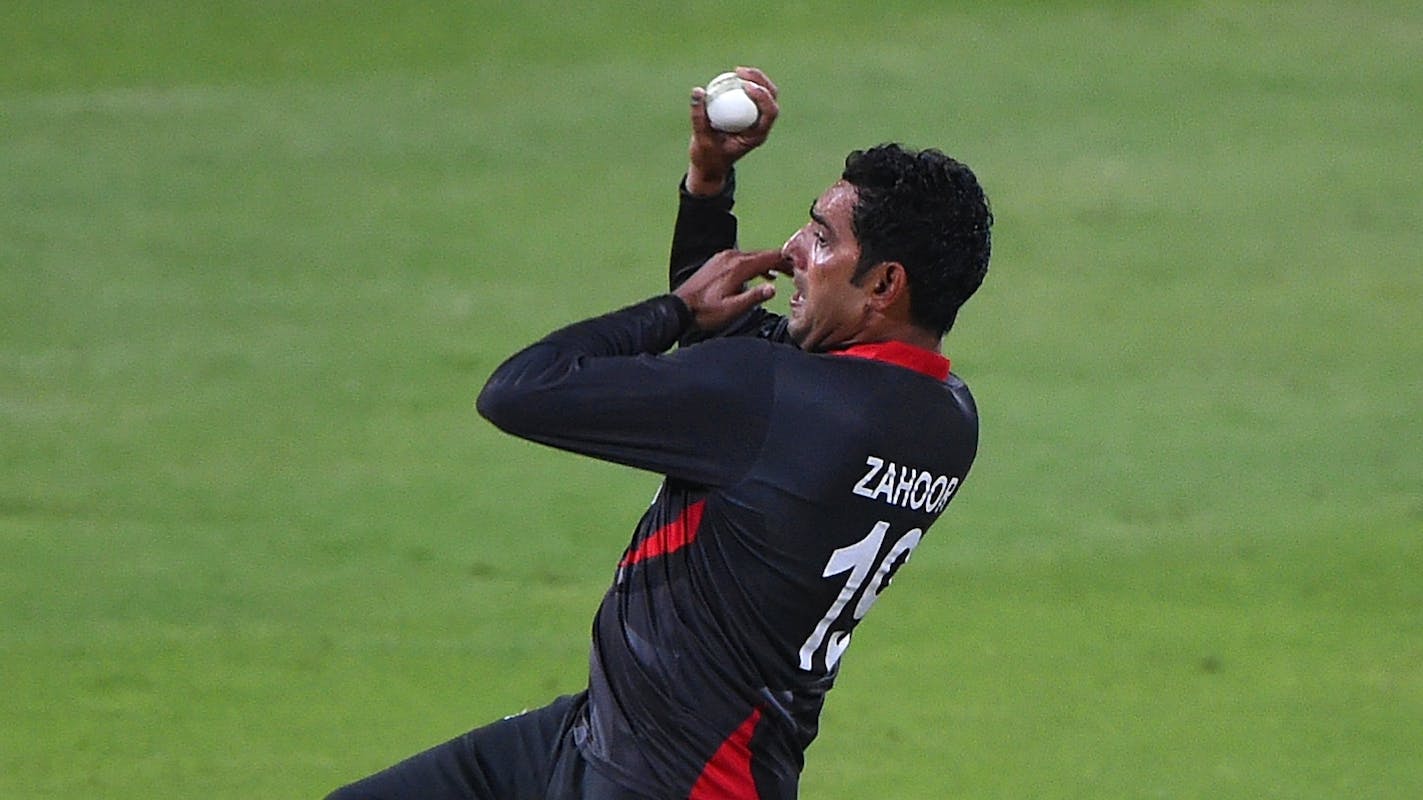 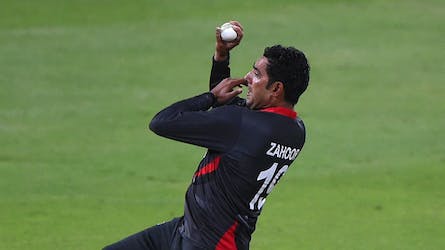 Away from politics in Pakistan, Zahoor Khan forges a successful career in UAE

In a chat with Cricket.com, the fast bowler speaks of his excitement of playing his maiden World Cup and his stint with Mumbai Indians among other topics

Global tournaments are something every cricketer strives to play when they start playing the game. Playing in the World Cup, bowling those crucial spells or scoring vital runs – every player wants to be the one. With severe competition for places everywhere, one does not necessarily play at such big events for their country; some pursue unique and different routes.

That has been the case with cricketers, especially from the associate countries, who might be Indians, Pakistan or Bangladesh nationals, not represent their country and yet play in the World Cup. You can play for an associate country, well for any other country you’re born in for that matter if your parents or grandparents hold that country’s passport or by the virtue of attaining an overseas players’ contract.

Also Read: T20 World Cup beckons and UAE are up for the challenge

Zahoor Khan, born in Faisalabad, chose the latter route into the United Arab Emirates (UAE) team and is all set to play in his maiden T20 World Cup. In an exclusive chat with Cricket.com, the fast bowler takes about his journey, what prompted him to pursue his cricket career in the UAE, his excitement of playing his maiden World Cup, his time with Mumbai Indians as a net bowler and much more.

Cricket.com (CDC): This is the first time you'll play in the T20 World Cup. How excited are you with the prospect of leading the bowling attack?

Zahoor Khan (ZK): I thank God that we qualified for the World Cup. Every player dreams of playing in the World Cup. When one starts playing, he dreams of representing his country and also playing at the World Cup. We are very excited this time and I am even more excited because in the 14-15 years of my career, I have always wanted to play a World Cup and by God's grace, this dream will hopefully come true.

CDC: You've played 3-4 seasons of T10 League. How different is bowing in T10s compared to T20s? Do you think there are skills from that format that can be used in T20s as well?

ZK: In T10 cricket, the first over is the death over. In T20 cricket, you can afford to bowl a bad ball or two, but in T10, you get hit for a six even if you bowl a good delivery. I have learnt a lot in the four seasons I have played especially with the variations - yorker, slow bouncer etc. T10 has helped me with this which has transformed in T20 cricket as well. If you look at my death bowling of UAE, about 70% of the time is very good. T10 has a huge role to play in this.

CDC: Tell me a bit about your journey. You started playing first-class cricket in Pakistan when you were 19-20. What prompted you to pursue your cricket career in the UAE?

ZK: I have played 7-8 seasons of first-class cricket in Pakistan. Misbah ul Haq was my captain. Mohammad Hafeez, Umar Akmal... the team I played for had nine Test players in Sui Northern Gas. When I used to pick up 5-6 wickets in a match, I used to warm the bench in the next game.

I have picked up 113 wickets in 30 first-class matches, which is not less. I was selected for Pakistan Under-23 camp. In that camp I was the fastest bowler, bowling at 143KPH. In that season I picked up 46 wickets in 10 matches, but I was not called up for the Under-23 team despite picking up the most wickets. India hosted Champions League T20, which had Faisalabad Wolves participating in it.

Misbah had called me personally when I was in Dubai as my name was there n the 18-member squad. But the people at my association forwarded 17 players' passports and did not send mine. I was a very innocent person, I didn't even know how visa is issued.

Misbah was on Zimbabwe tour, and the association did not send my name forward. Misbah then came to India from Zimbabwe. I did not have WhatsApp number back then. Misbah asked where is Zahoor? Then Asif Ali, the current Pakistan player, narrated the story. When Misbah came back, I told him if things like these happen when you are around, then it means I have no future here given the politics here. Mohammad Hafeez then sent me to Dubai for a month, then I was made to realise that my future is in the UAE. My family also decided the same since the situation was such.

I played here for 3-4 years, but the team I played for shut down. I had quit Pakistan cricket too. It was a difficult time. Then I got a job in a company and the boss there was supportive and encouraged me to play cricket. Then I got a call from UAE and have been playing for them for the last 5-6 years.

CDC: How was your experience being with the Mumbai Indians during their IPL 2020 season? Any player you found particularly difficult to bowl against?

ZK: I was a net bowler for Mumbai Indians for a season. I've never seen such an atmosphere like that anywhere in the world. They were all very supportive. Rohit Sharma, Hardik Pandya, are big names in world cricket. I remember my first day with MI I went to the ground very early. When I was sitting in the pavilion, the first person to enter was Rohit Sharma. 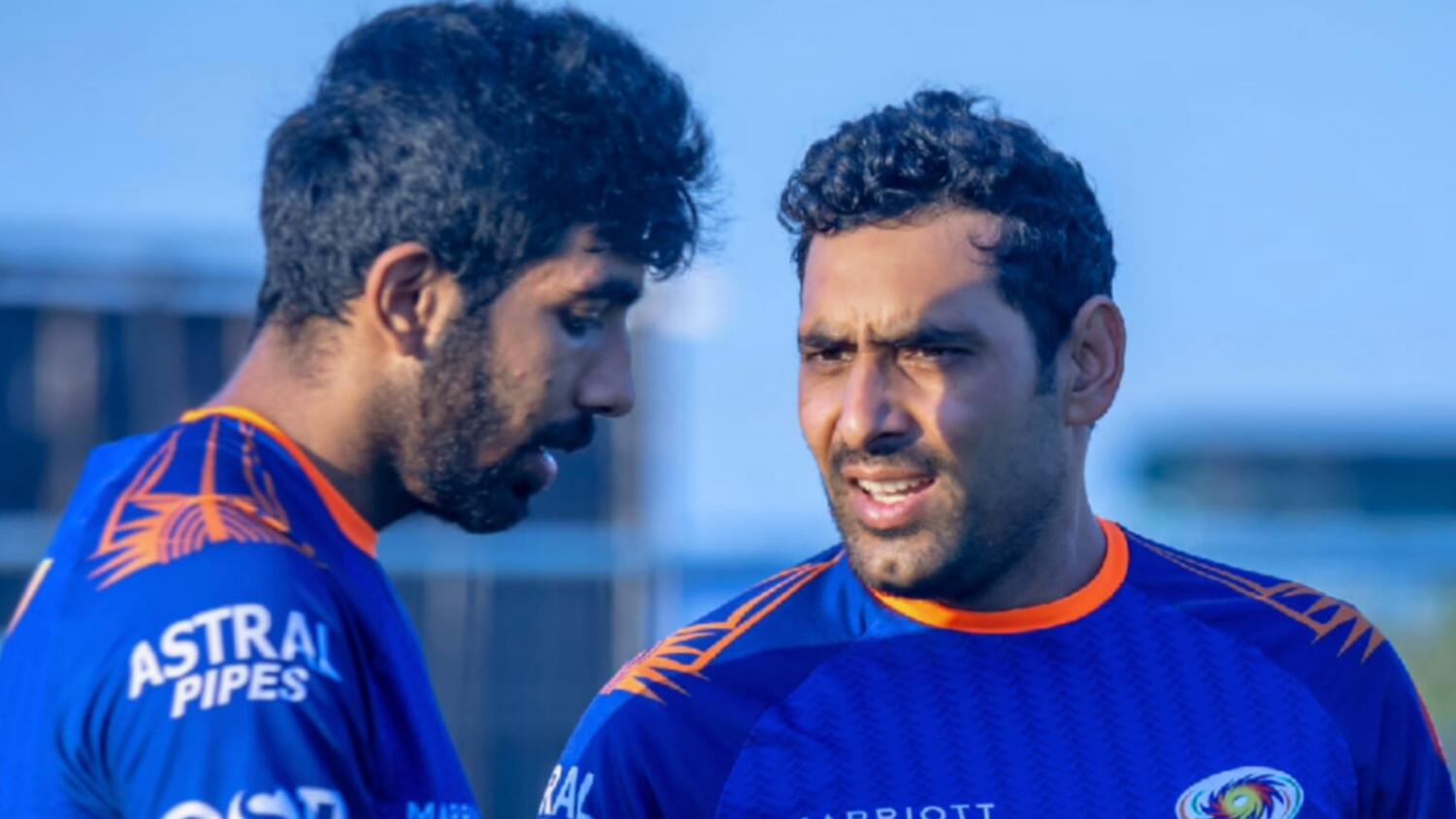 We exchanged pleasantries. I was sitting in his place, so, I asked him if I could sit here. He replied saying that the entire pavilion is yours, enjoy your time here, this is your team. It's heartening to see such a legendary cricketer say this to you in your first interaction. When Rohit was batting, I'd observed that if you bowl at him on the fourth stump, he scores boundary playing a cut. If you pitch it up, it's a six. He is batter of a different level. If you bowl at 145KPH, it's difficult for any batter, but for him, it's child's play.

Another player, Ishan Kishan...I had bowled slower balls to everyone else and they were beaten, but Kishan was not to be fooled. He has a bright future.

CDC: It's a new era in UAE cricket with new captain CP Rizwan at the helm. You tasted a lot of success under Ahmed Raza, how much are you looking forward to playing in this new phase?

ZK: The atmosphere in our team is such that we enjoy among ourselves. It does not make a difference as to who the captain is. With the atmosphere our management has given us, we enjoy our cricket. Ahmed bhai continues to be supportive. He hasn't been negative in any way after he was replaced. Rizwan is also like a brother to us as we've been playing together since the start. Our atmosphere is very friendly.

CDC: There are some quality fast bowlers in the UAE side for the World Cup. Conditions in Australia will be quite different from the middle-east. Do you think UAE have quality pacers to adapt and do well there?

ZK: We have Junaid Siddiqui, who is a quick bowler. We have a new fast bowler and he is tall as well, the left-armer Sabir Ali, he also hit the deck hard and is also tall. The height will be a huge advantage there. Most of our bowlers have a lot of experience in T20 cricket because there is a lot of domestic cricket played in the UAE. We will look to send a message through our fast bowling.