T20 World Cup beckons and UAE are up for the challenge 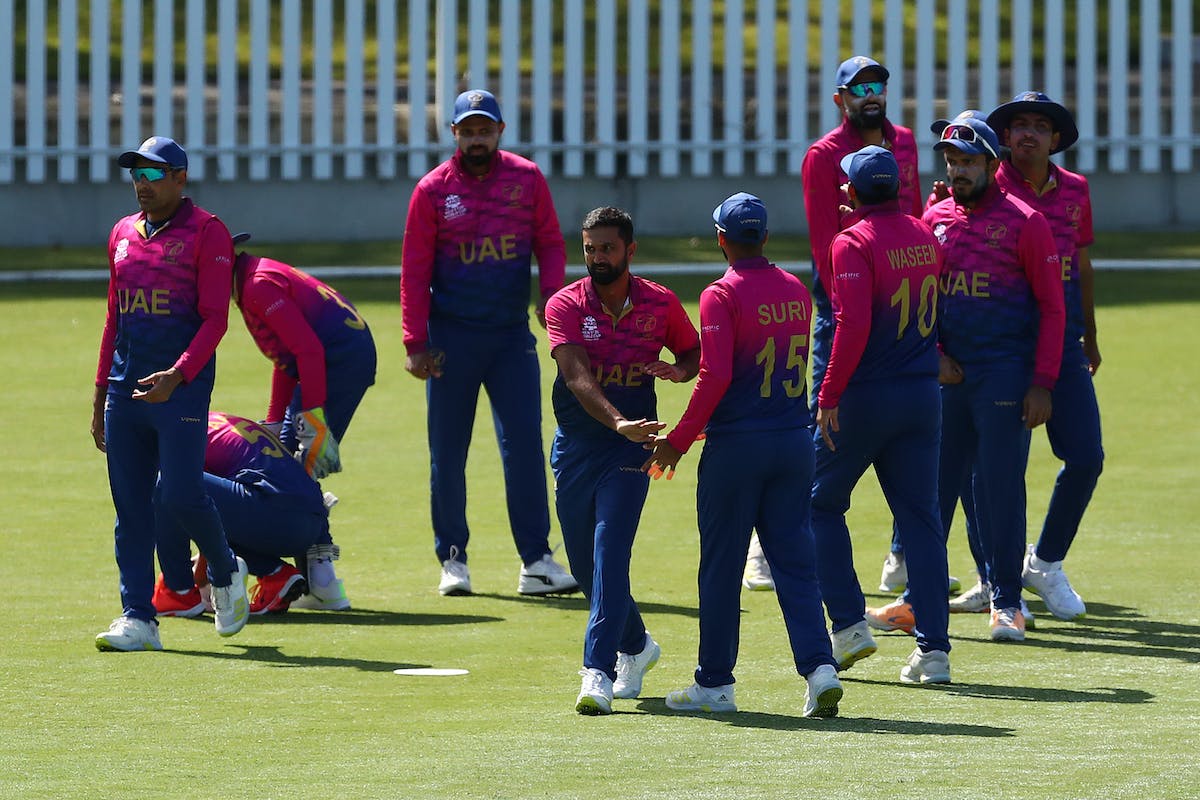 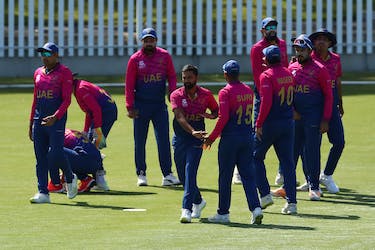 T20 World Cup beckons and UAE are up for the challenge

In a chat with Cricket.com, UAE captain CP Rizwan and his deputy Vriitya Aravind talk about the upcoming T20 World Cup, their journey, and beyond

Ahead of the Asia Cup Qualifiers, United Arab Emirates (UAE) dropped a bombshell when they announced CP Rizwan as captain of the T20I side, replacing Ahmed Raza, who had a successful stint as skipper. Whether it was a decision taken hastily or has been in the works for some time is something that is not clear, but it was an opportunity of a lifetime Rizwan, who had played just seven T20Is till then, to lead UAE into their new era.

Rizwan’s captaincy tenure has gotten off to a shaky start, having won just one of his five matches in charge with his team failing to qualify for the Asia Cup as well.

In the T20 World Cup 2022, UAE are grouped with the Netherlands, Sri Lanka and Namibia. Rizwan believes that the familiarity of playing two of those three sides will prove pivotal as they look to make it through to the next stage.

Also Read: Away from politics in Pakistan, Zahoor Khan forges a successful career in UAE

“It's a good group. We have played quite a few matches against Namibia and Scotland. So, we know their strengths. We can put up a great show out there, make an impact and qualify for the next stage and express ourselves and execute our skills at a bigger stage,” Rizwan said in a chat with Cricket.com.

While Rizwan does not boast of rich experience at the international level, there’s little doubt over his vast experience which stretches back to 2003 when he started playing the Vijay Merchant Trophy. 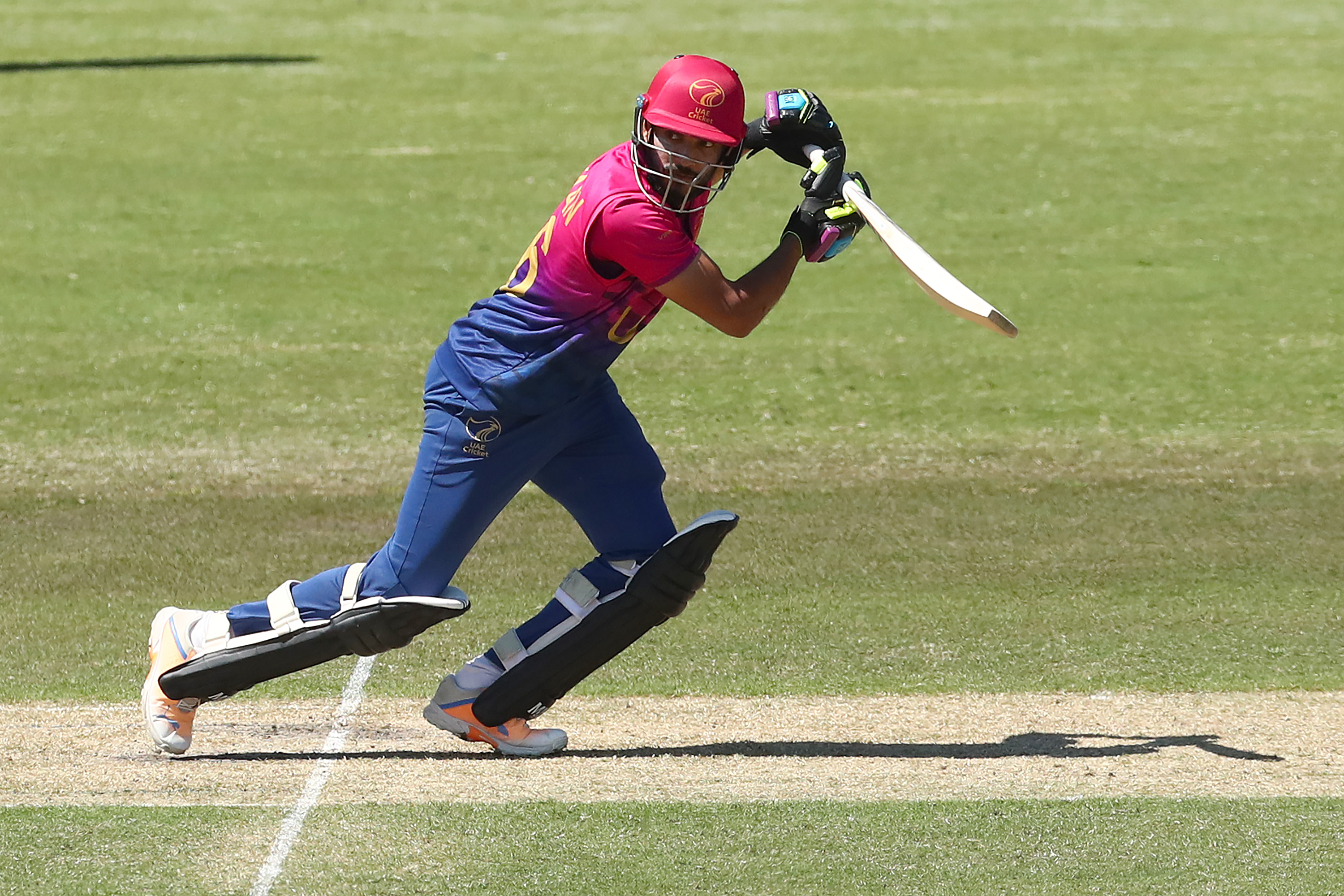 Rizwan, who played with Sanju Samson in age-group cricket for Kerala during his initial days and was also part of their Ranji Trophy squad for a couple of years, says that the break he took to finish his studies hampered his chance of moving up the pecking ladder in India, but does not regret his decision to move to the UAE, who gave him an opportunity to showcase his talent.

“I was doing really well in Kerala. I've been part of all representative groups, been part of Ranji Trophy squad for two years,” Rizwan, who was born in Thalassery, said.

“But parents always had concerns for academics. I was missing a lot of exams in my engineering. They said I had to take a break from cricket and finish my engineering.

“With the level of competition in India, you can't be out of the game for a long time and make a comeback. I had to take a break and one of my close family members who is part of UAE cricket said there is good cricket here, you can even pursue your career here.

“That's how I made the switch. I don't regret it at the moment. It's a dream for everybody to play international cricket. So, I have been grateful for the opportunity. I'm looking forward to having good memories playing for UAE.”

The 34-year-old also reckons Robin Singh’s rich pedigree will help take UAE forward. “The name speaks for itself. He has been part of the coaching set-up when India won (The World T20) in 2007. He has been with Mumbai Indians for 13 years - when MI won the IPL for five years,” The UAE skipper said.

“So, he has the winning attitude and mindset. He always asks the best from the players. That sort of positive attitude, winning attitude is there and his work ethics is second to none. It's transferring to the players also and they want to excel on the field and want to give it their best.”

Vriitya Aravind and the journey to UAE

While UAE raised a few eyebrows by not picking veteran player Rohan Mustafa – the ninth-best all-rounder at the moment, according to ICC T20I rankings – they certainly have made the right call when it comes to moulding the future, handing a young Vriitya Aravind the vice-captaincy role.

The Chennai-born lad, who moved to the UAE when he was just nine has shown immense promise in international cricket so far is regarded quite highly in the UAE set-up and has delivered on that promise so far.

“It's an honour to play for the national team first and to vice-captain them is a great privilege as well. I was born in Chennai, moved to Dubai when I was nine, never really touched a bat when I was in Chennai,” Aravind told Cricket.com.

“I used to be into drawing, painting and stuff like that. Then made the switch to Dubai, started playing cricket and came through the ranks, played club cricket, played academy cricket and represented UAE in the Under-16s, then went on to play the Under-19s and then of course the men's team. So, it was a good pathway for me to get into the men's side.” 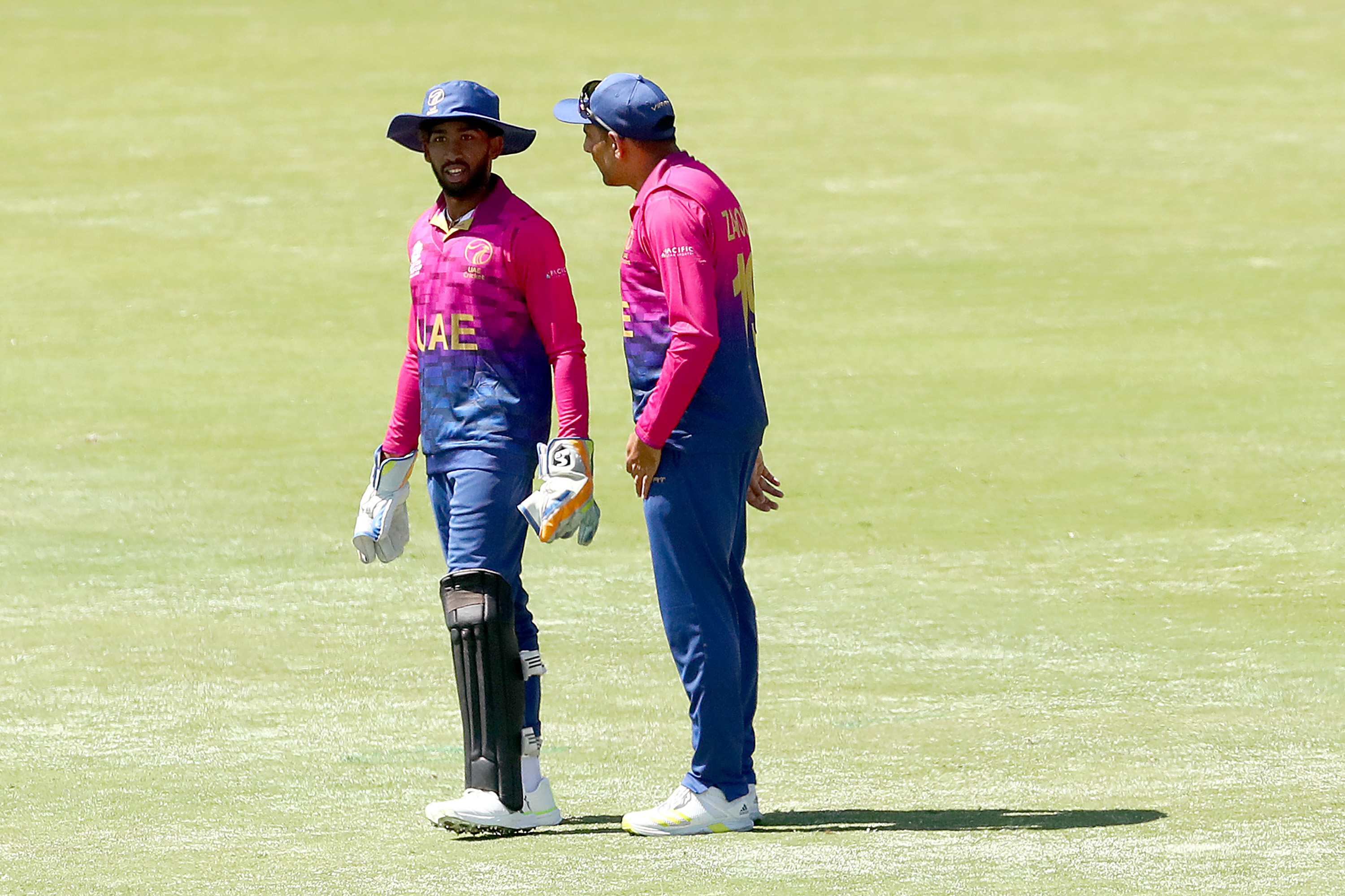 Aravind, who made his senior debut for UAE before playing the Under-19 World Cup in South Africa in 2020, was put in a unique position where he had to do the mock exams during the tournament under the supervision of his coaches. He is pursuing, psychology, business and PE at Kings Al Barsha in Dubai.

Speaking of the task of juggling between cricket and studies, the 20-year-old said, “Once you take the decision to balance cricket and studies, you can't really compromise on one. I was lucky enough that my parents, all my teachers and all my schools have been supportive in that way.

“They have been flexible with the exams and my attendance and everything else. Even now with my Uni it's like on and off. Last year I was barely in my Uni but still they let me do my exams and helped me in every way possible to get me to the next year. In that way, I've been lucky. That made life easier for me.”

Aravind finished the T20 World Cup Qualifiers as the leading run-scorer, where UAE had beaten Ireland – a full-member- twice on their way to the title. However, his temperament was on full display in one innings that came against Bahrain, where UAE were chasing 173 to book their place in the semi-final. They were tied on points with Bahrain and needed 158 to book their place in the next round.

The youngster came into bat in the second over and smashed an unbeaten 52-ball 84 to take UAE through. It was not that straightforward though. UAE still needed 27 off the final over for an outright win and 12 to go through to the semis. Aravind went 4, 4, 2, 6 to help UAE progress but now they suddenly had a chance to win the game as well with 11 required off the final two.

A six off the penultimate delivery gave UAE hopes of doing the impossible, but the game petered out with Aravind managing just two off the final delivery but did not celebrate even for a second as his team had fallen just short of the target.

“That knock was really mixed emotions. The first thing was to qualify. We never looked in trouble. We were just thinking about the semis, but then we forgot we had a game against Bahrain. So, we had win the game at some point. Them scoring 175 [172] took us by surprise. They played really good cricket,”

“The first thing was to win the game, but the main goal was to qualify. There was suddenly a stage where if we didn't score a certain number of runs, we would be kicked out of the tournament and we wouldn't have a chance for the World Cup. That knock was probably one of my best knocks that I would say, but of course, I was still gutted that we didn't win the game.”

Speaking of the T20 World Cup, Aravind says that the team was bitterly disappointed with their performance in the Asia Cup Qualifiers but are determined to learn from their mistakes and put on a better show in the marquee event.

“We started the year off really well, we had a very good rise and then we had a downfall in the Asia Cup Qualifiers, which really boosted the players to be honest because we never expected that. That hit us really hard,” the wicketkeeper-batter said.

“So, the past month the training has been really intense. Everyone's goal is the World Cup. We have set our paths right and hopefully, go out there and succeed again.”

A right blend of youth and experience is what teams seek in big tournaments like this and for the UAE, they seem to have that in abundance. With the present and the future looking good, UAE cricket would hope that the T20 World Cup – their first since 2014 – is the start of a long glorious run ahead.