Axar Patel stands tall amid the Aussie carnage in Mohali 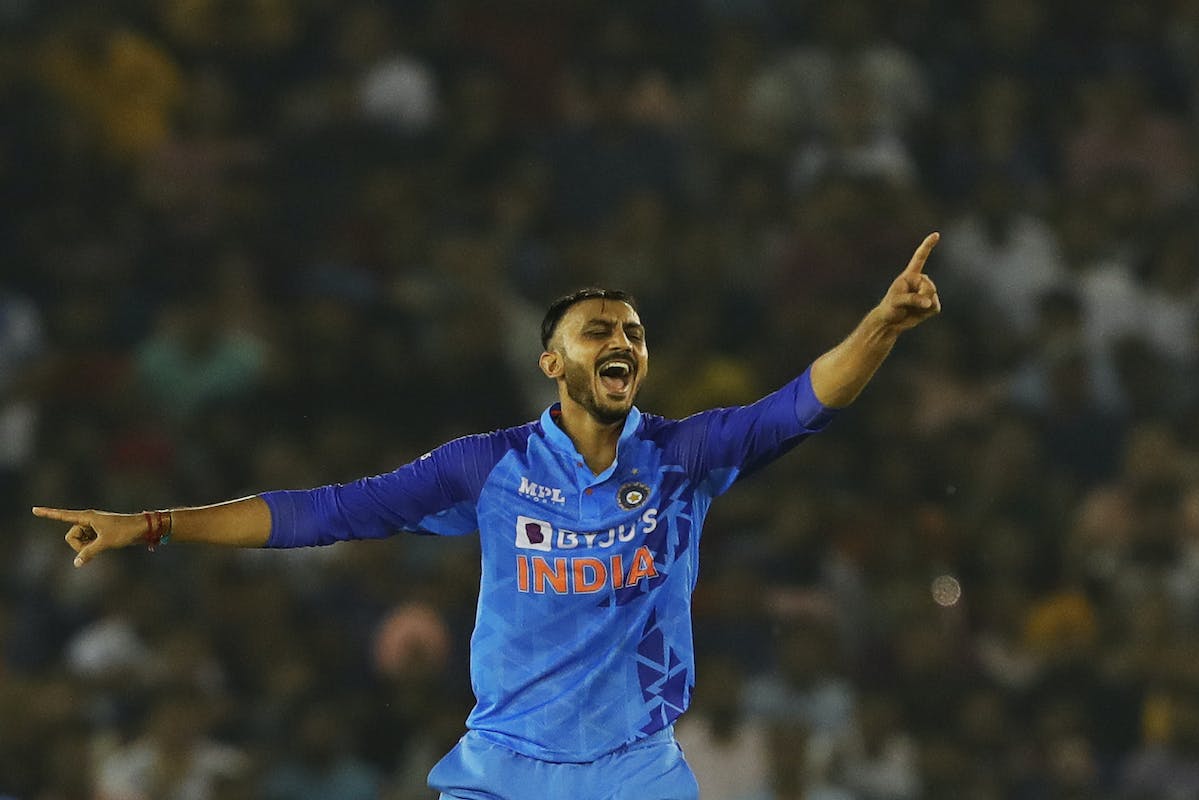 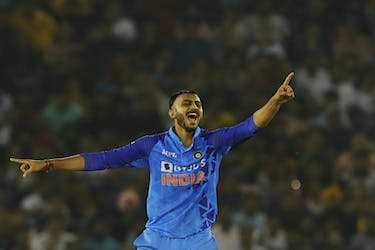 Axar Patel stands tall amid the Aussie carnage in Mohali

In a chase of over 10 an over, the left-arm spinner bowled a staggering spell that saw him finish with 3-17 from his 4 overs

The news of Ravindra Jadeja’s injury would have certainly been a huge blow for India in their bid to fare better in the upcoming T20 World Cup after failing to make the semis in the UAE last year.

“Where is the X-Factor?” Questioned Ravi Shastri in the commentary box referring to Jadeja being the X-factor in the side given his ability to lift the side in his fielding. Soon enough, India dropped a couple of catches, let Australia off the hook and in the end, they proved costly as Australia chased down 209 with minimum fuss.

With Jadeja out, it paved way for Axar Patel, who in the last few months has been knocking on the doors and in whatever chances he received, has delivered.

Ahead of the series, skipper Rohit Sharma also had no qualms in admitting that Axar was the first name in mind once Jadeja’s fate was sealed.

“We needed an all-rounder there because Jadeja was a big miss for us. Axar was always a part of our plans. It was always going to be between Axar and Jadeja because they do similar things. Since Jadeja is not available we were quite clear that Axar is the guy who can do the job for us," Rohit said ahead of the first T20I against Australia in Mohali.

Axar vindicated his captain’s trust in Mohali, finishing with figures of 3-17 from his four overs to give India hope of getting over the line. He kept things simple, bowled at good length and varied his pace to good effect. 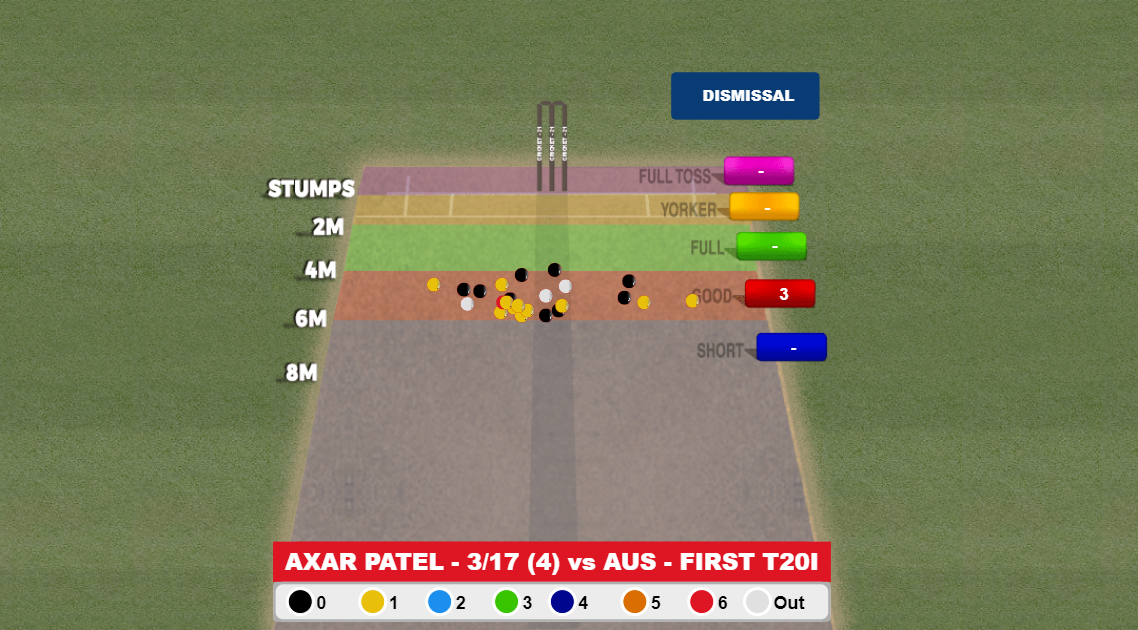 A good use of Axar in this game was the fact that he was brought into the attack in the powerplay when Cameron Green and Aaron Finch were looking to go hard at every single delivery from the fast bowlers. A change of pace was the need of the hour and Rohit quickly went to Axar after Australia had raced to 38/0 in three overs.

Finch, who has been short of runs in white-ball cricket of late, played across the line and his wickets were shattered. Axar, like Jadeja, is a wicket-to-wicket bowler who does not turn the ball a great deal, yet it is his accuracy and his ability to vary his pace that works in his favour.

Also, with Axar, Rohit can now perhaps think of deploying him in the powerplay much more than he did with Jadeja. In fact, in T20s since 2021, Axar has picked up 12 wickets at an economy rate of 7.1 in the first six overs.

However, it is the middle-overs where Jadeja was considered a threat. 26 of his 30 T20 Wickets since 2021 have come in overs 7-15 and by no stretch of imagination, was he a wicket-taker. Keeping the runs down, building the dots, creating pressure that would eventually lead to a mistake.

Axar too is quite similar to Jadeja in that aspect – the fact that he had picked up eight wickets in 11 T20Is this year before this series is a testament to that. Rohit, however, throwing his weight behind the all-rounder feels he is capable of bowling in any facet of the game.

“He is a three-phase bowler, bowls in powerplay middle-overs, maybe can bowl an over at the death as well if you want to make use of the bigger boundary,” Rohit had said.

It’s no secret that Jadeja has worked on his batting a great deal over the last few years. In fact, 2022 is the only year where he had hit over 100 runs in T20Is. He batted in the top six constantly, and in eight innings this year, he had already hit 201 runs at a strike-rate in excess of 141.

He played match-wining knocks against Sri Lanka (45 not out off 18), England (46 not out off 29) at five and six respectively. But Rohit decided to push him further up in the Asia Cup tie against Pakistan. His 29-ball 35 batting at four once again proved to be match-changing as he forged a vital stand with Hardik Pandya to take India over the line.

Axar showed in the Caribbean that he too can win matches for India with the bat, but like Jadeja, he needs the captain's confidence and trusted beyond his natural game as a finger spinner. 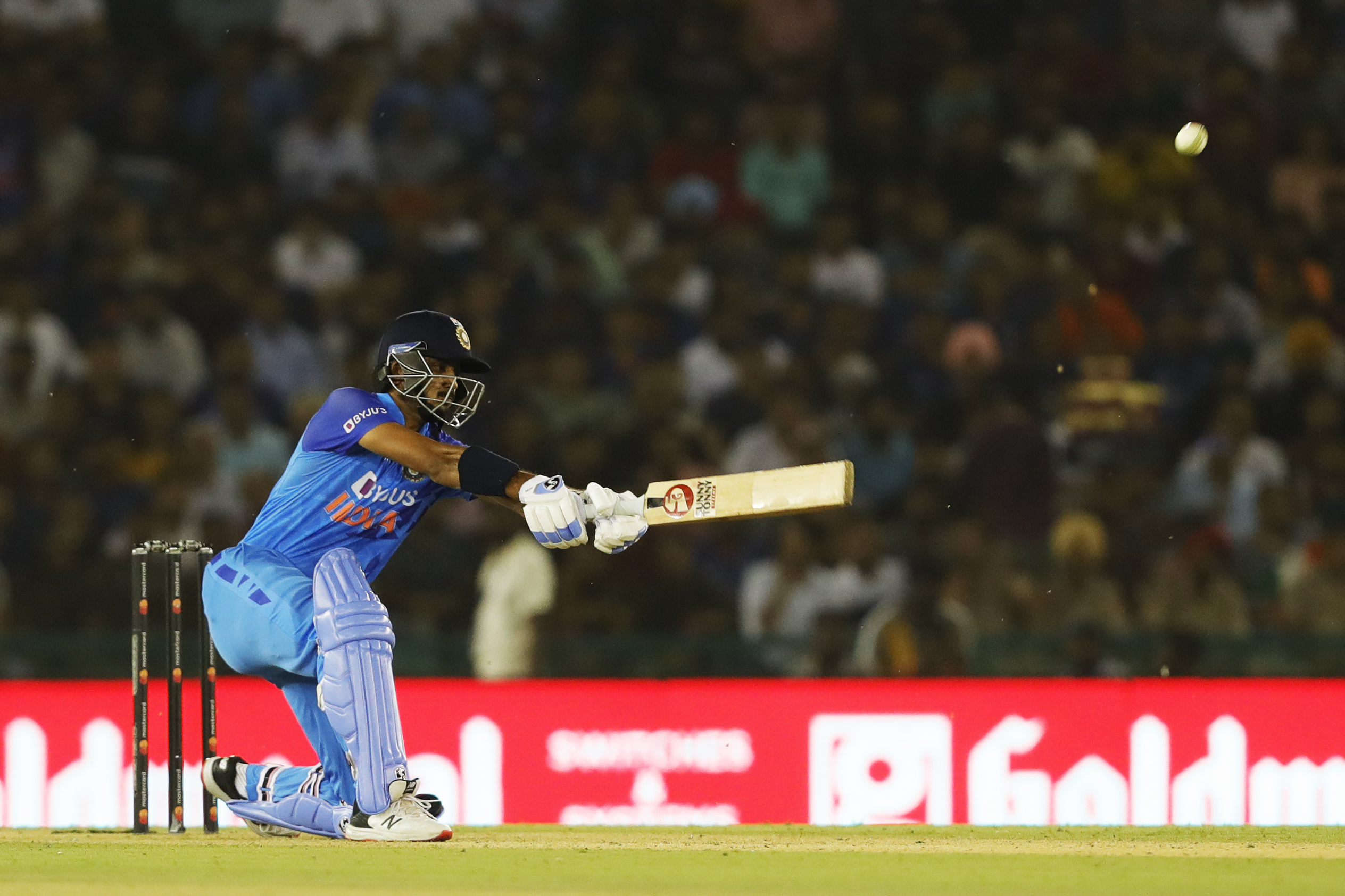 There was a lot of hue and cry when Axar walked out ahead of Dinesh Karthik in the 14th over of the innings – both in the commentary box and also on social media. The general consensus was “Is Dinesh Karthik not good enough to bat in this situation?”…And if so, why is he in the team?

With Rishabh Pant sitting out, Axar was the only left-handed batter in the side and it may have been a ploy to distract Australia’s bowling rhythm a little bit given they were bowing only to right-handers till then. More importantly, if you do not give Axar the opportunity to walk in such situations, how or when will he improve as a batter?

We know he is capable of playing the big shots, but the situation he walked in today demanded that he gives Hardik the strike. Hardik was going great guns at the other end and if he got a poor delivery, the ball was landing beyond the fence. With just five more T20Is before the T20 World Cup, such experiments are always going to be on the cards.

For now, as far as Axar is concerned, at least one box has certainly been ticked, with his bowling. With an eye on the marquee event, it is crucial for India to give him every opportunity to be involved.