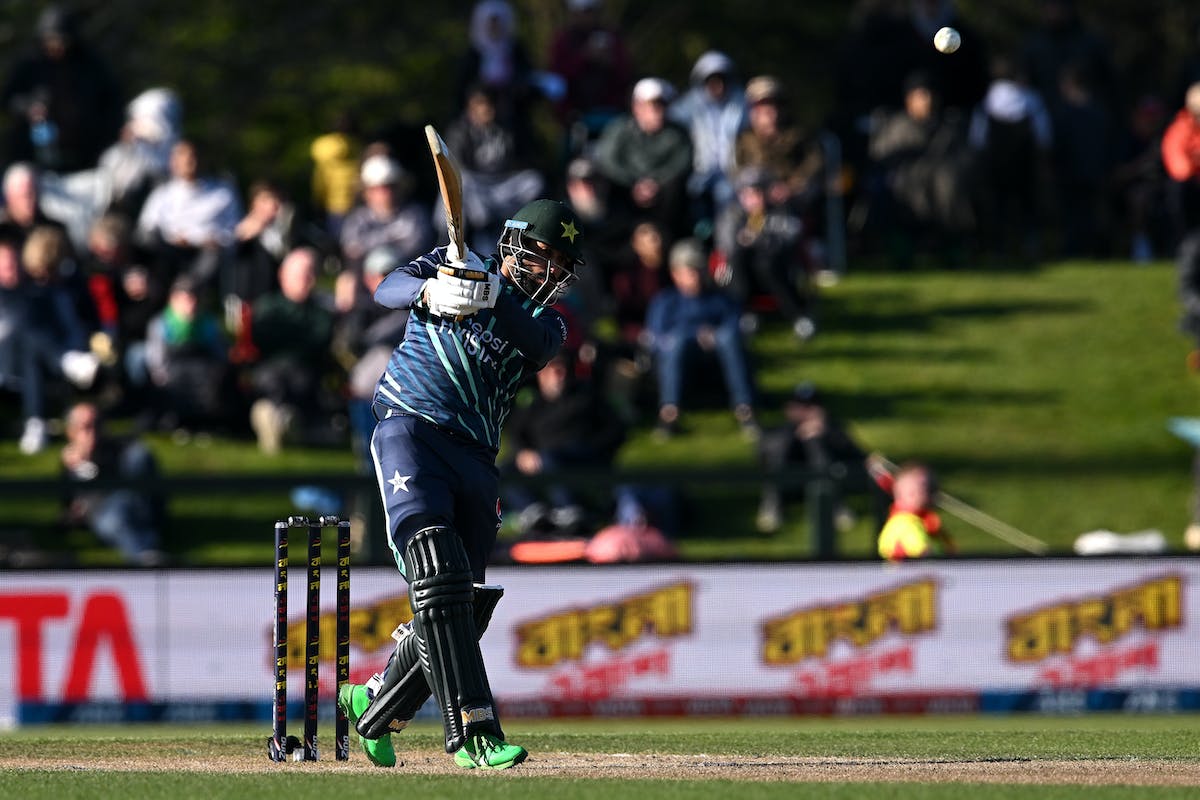 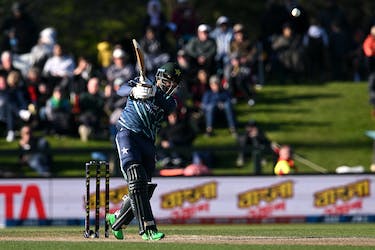 For the second game running, Nawaz powered Pakistan to victory through incredible hitting

For the longest time middle-order has been considered Pakistan’s weakest link in the shortest format, and when the Men in Green lost their top three inside the first 12 overs in the tri-series final against New Zealand on Friday, the general consensus was that a familiar story was about to unfold. The story of Pakistan crumbling yet again in a contest in which their top three failed to step up.

However, on the night, the general narrative flipped as against all odds, the middle-order powered Pakistan to victory. A Pakistan victory looked highly unlikely when Mohammad Nawaz and Haider Ali got together, with the visitors still needing 91 off 51 balls, but in what was an onslaught for the ages, the pair (Nawaz 38* off 22, Haider 31 off 15) astonishingly added 56 off just 4.2 overs.

The partnership brought the target within striking distance, post which a fine cameo from Iftikhar Ahmed (25* off 14) ensured Pakistan got over the line.

Friday’s knock was the second match-winning cameo in as many matches for Nawaz, who struck an unbeaten 20-ball 45 against Bangladesh on Thursday, and in the aftermath of the game, the all-rounder was rightly showered with praise by skipper Babar Azam, who hailed his showings ‘outstanding’.

“Batters were great, especially the middle order who did their job. The way Nawaz and Haider are playing, outstanding. That's what you want the middle order to do - step up,” Babar said in the presentation.

Babar also credited the bowlers for once again showing immense discipline, particularly at the death. At 130/3 after 15 overs the Kiwis were well set-up for a 180+ total, but excellent bowling from the trio of Haris Rauf, Naseem Shah and Mohammad Wasim Jr restricted the Black Caps to just 163.

“The way our team played deserves all the credit. The bowlers were brilliant at the death,” the Pakistan skipper said.

The victory ensures Pakistan will enter the T20 World Cup with their confidence and morale high. Babar hoped for his side to carry forward the momentum into the mega event.

“Before the big event, we have good confidence as a team and we hope to carry the momentum forward.”

Pakistan have warm-up encounters against England (October 17) and Afghanistan (October 19) before their first game of the World Cup, against India at the MCG on Sunday, October 23.