Babar Azam's fifty lights up Dhaka on a gloomy day 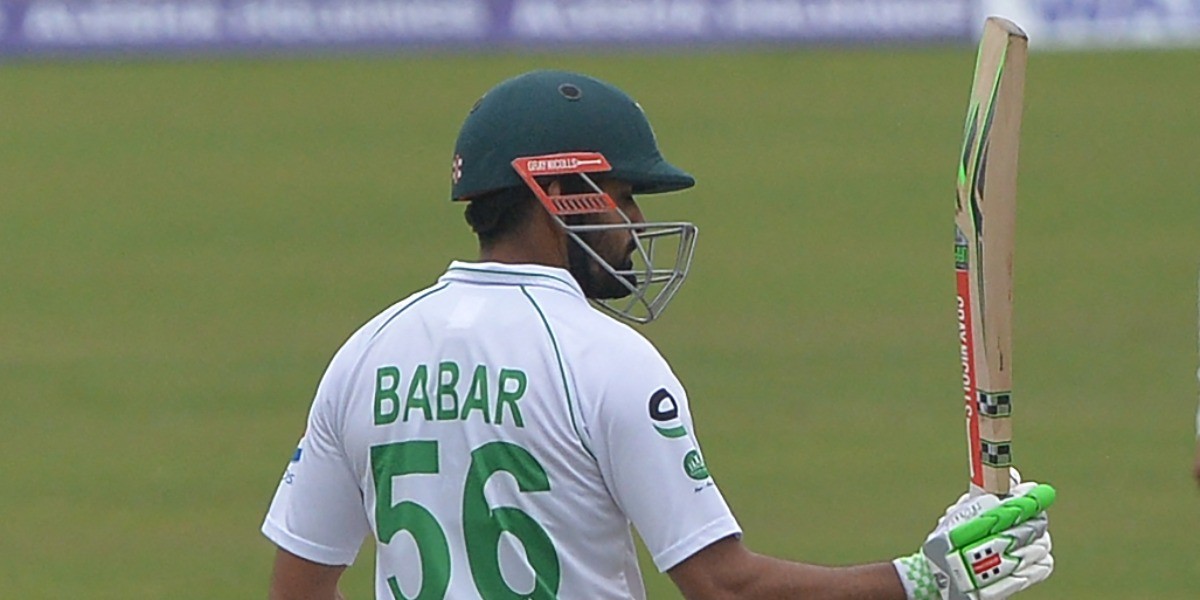 Babar Azam's fifty lights up Dhaka on a gloomy day

The play was brought to an early end after captain Babar Azam (60*) helped Pakistan make steady progress in the second Test against Bangladesh at Dhaka's Shere Bangla National Stadium on Saturday (December 4). Babar's knock was glittered with seven fours and a six as he took control of the proceedings after Bangladesh picked up two wickets in quick succession.

The visitors chose to bat and reached 161 for 2 at tea. The play did not resume post that due to bad light. Babar scored his 19th Test fifty and has put on 91 for the third wicket so far with former skipper Azhar Ali (36*). Earlier, Bangladesh left-arm spinner Taijul Islam removed the openers Abid Ali (39) and Abdullah Shafique (25) in the morning session.

Taijul had ended a 59-run opening partnership when he bowled Abdullah Shafique through the gate before Abid Ali chopped one onto his stumps. Taijul could also have dismissed Azhar if the third umpire had not given him the benefit of the doubt.

Bangladesh reviewed the not-out call from the on-field umpire and with the ultra-edge showing an inconclusive touch of the ball to bat, the decision could not be overturned.

Although Bangladesh were on the money in the first session, they gifted some loose deliveries to Babar and Azhar, who did not need a second invitation to put them away. Barring Taijul, the other two spinners Shakib Al Hasan and Mehidy Hasan did not make much of an impact.

There was some swing on offer early on but the quicks Ebadot Hossain and Khaled Ahmed could not get a breakthrough as the Pakistan openers played them out cautiously.

Play will start half an hour early on Day Two, with as many as 98 overs scheduled to be bowled.

Pakistan lead the two-Test series 1-0 after winning the first Test by eight wickets.