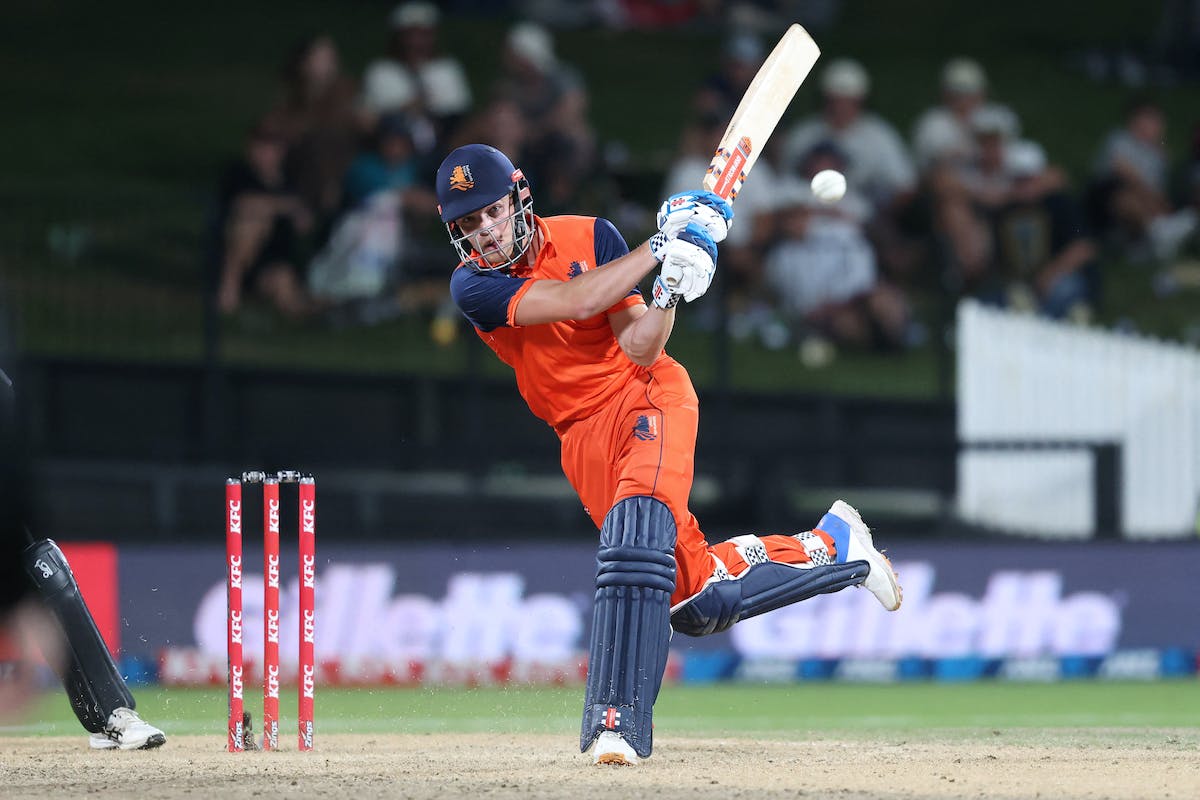 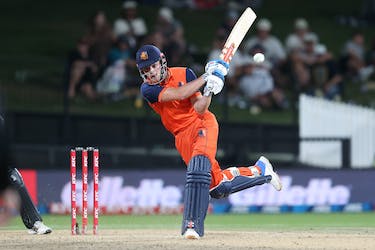 Things did not go according to plan for the Netherlands in the previous T20 World Cup, losing to Ireland, Namibia and Sri Lanka to crash out of the tournament. It was a tournament to forget for the Dutch as they were on the receiving end of a double hat-trick by Curtis Campher and also succumbed to the second-lowest total of all T20 World Cups when they were bundled out for just 44 against Sri Lanka.

The Netherlands have once again qualified for the mega event slated for later this year with Bas de Leede playing a vital role in the qualifiers held in Zimbabwe. He scored 170 runs at 56.66 and with the ball, he chipped in with nine wickets at an economy rate of 5.40.

Speaking to Cricket.com, de Leede reckons the upcoming World Cup is a great opportunity for the entire team to put in a better performance.

“The last World Cup, we did not play as well as we would have wanted. I think we could learn a lot from it as a team but also individually as players,” de Leede said.

“We've got New Zealand in the T20s and Pakistan in the ODIs coming up, but after that, it's full focus for the T20 World Cup. I'm excited to see how well we can do this time.”

Speaking of Seelaar, persistent back problems forced the former Netherlands skipper into retirement in the middle of the ODI series against England. De Leede feels that the void he has left in the team is massive. As a result, wicketkeeper-batter Scott Edwards was handed over the reins of the Dutch team. 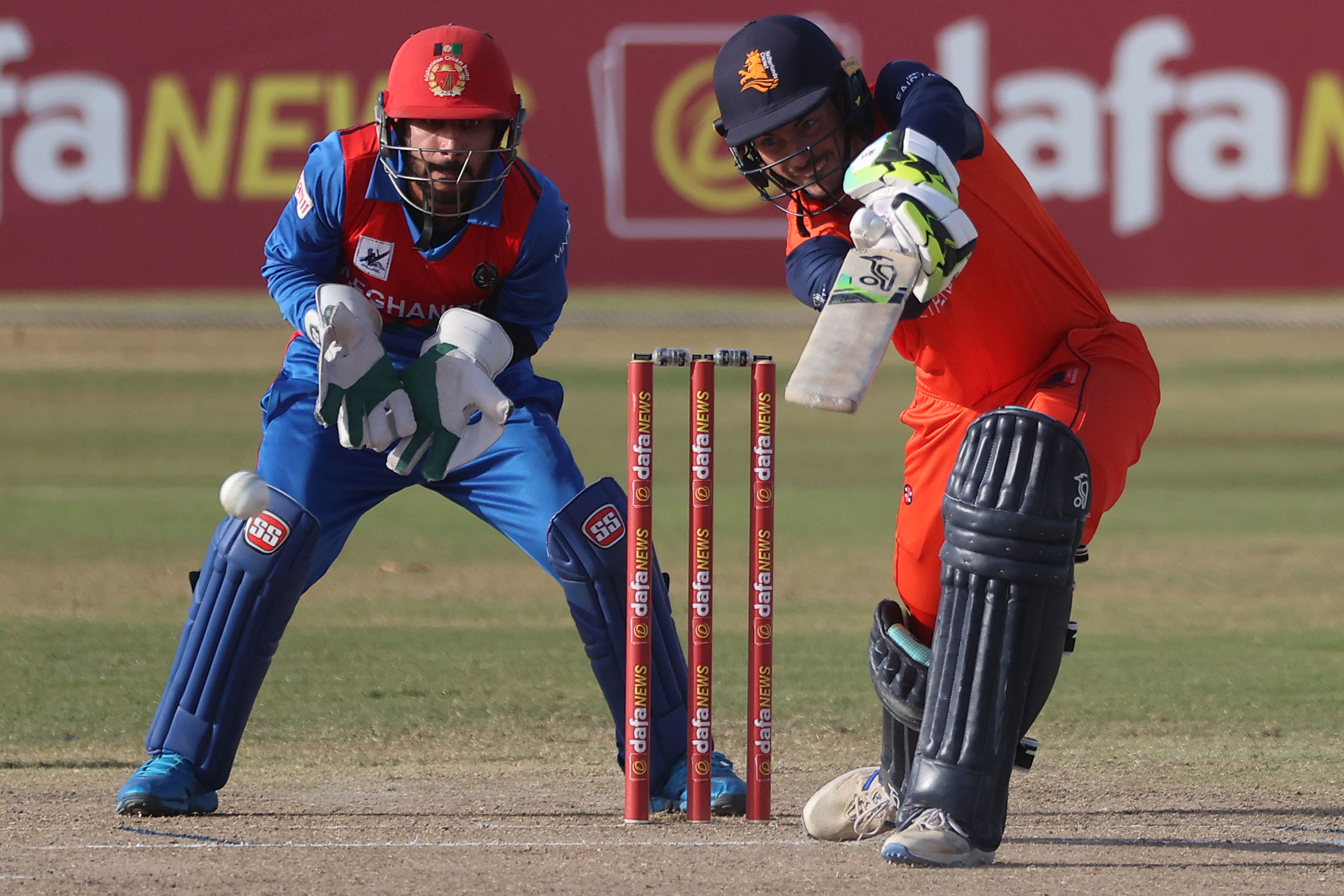 “Pieter Seelaar's retirement was bit of a shock to the outside world, but also to the players. No one saw it coming. We all knew he had problems with his back. To retire after just one game in the series was quite a shock. The gap [void] that he has left in the team is pretty big - as a player but especially as a person,” the 22-year-old said.

“He was one of the guys we young players would look up to and say 'this is the brand that I want to play my cricket.' He was pretty aggressive, confident, knew what his capabilities were. That is the big part we are going to miss about him.

In the recent qualifiers, the Netherlands brushed aside Papua New Guinea, Hong Kong, Uganda and USA and booked their place at the World Cup in Australia. However, as they did in 2019, they could not finish the job in the final as Zimbabwe proved to be too good on the day.

Talking of the team’s performance, de Leede said that the clarity in roles helped not just him but the entire team. 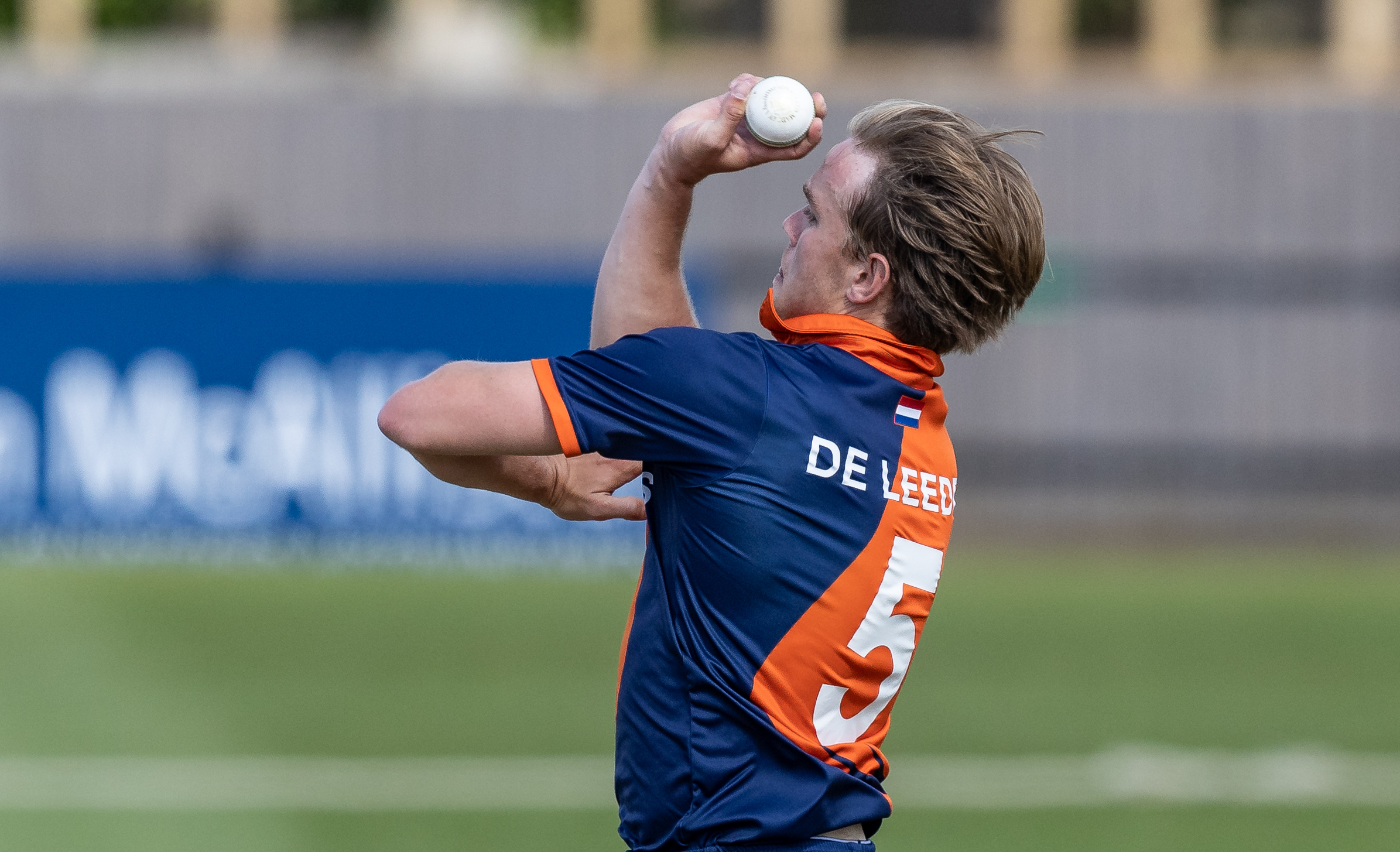 Leading Netherlands in the tournament was 25-year-old Scott Edwards, who not too long ago, took over from Seelaar. Praising Edwards, de Leede has said that he is the perfect candidate to fill the void left by Seelaar.

“I think Scott is a person who is different than Seelaar. But as captains, they are similar. They like to be aggressive. The way Scott has handled the first couple of weeks or months of his captaincy has been outstanding,” de Leede, who registered his highest T20 score of 91* in the Qualifiers, said.

“He's really a guy that is part of the team and isn't above the team like some captains are. From that point of view, playing under him has been awesome and the way he stepped up after that shock retirement of Seelaar has been great. He couldn't have handled it any better.

"I'm really looking forward to playing more under Scott's captaincy because he's going to fill up that gap pretty nicely.”

While head coach Ryan Campbell, who has been in charge of the side since 2017, may not have travelled to Zimbabwe due to health reasons, he was on a video call, singing the team song with them after they had confirmed qualification for the World Cup.

“I haven't spoken to him personally after the qualifiers yet, but I will when we get back to training. He was part of the team song after we qualified winning the semi-final against USA. Video called him, he was in the team song. That was a great moment,” de Leede said.

“I know he's very proud of the boys. I look forward to what he's got to say when we start preparing for the New Zealand series.”

The World Cup Super League – one of the pathways for direct qualification into the 2023 50-over World Cup in India has provided the Netherlands an opportunity to compete against some of the top teams in the world. They have already played ODIs against Ireland, West Indies, England, and New Zealand and now they take on Pakistan at home next month.

Before that though they play the Blackcaps in a two-match T20I series at The Hague, before moving to Rotterdam for the ODIs against Pakistan.

Speaking of the challenge ahead of them, de Leede believes that the series against England will act has a huge learning curves for many in the team and he hopes to take all of it into the upcoming matches against top sides.

“New Zealand and Pakistan will be awesome. A great way to end our home summer in what's been the best cricket the Dutch have ever had. England, West Indies and now New Zealand, Pakistan, it's massive for us, especially for a young team to develop,” de Leede, whose father Tim once dismissed Sachin Tendulkar and Rahul Dravid in the same match in the 2003 World Cup in Paarl, said.

“England was a great experience, but we got beaten quite easily in all three games. But the learnings we can take away from those games are really going to help us to prepare for New Zealand and also Pakistan. We played New Zealand in March, in New Zealand and I think we did pretty well. We had a couple of chances to take the game away from them. 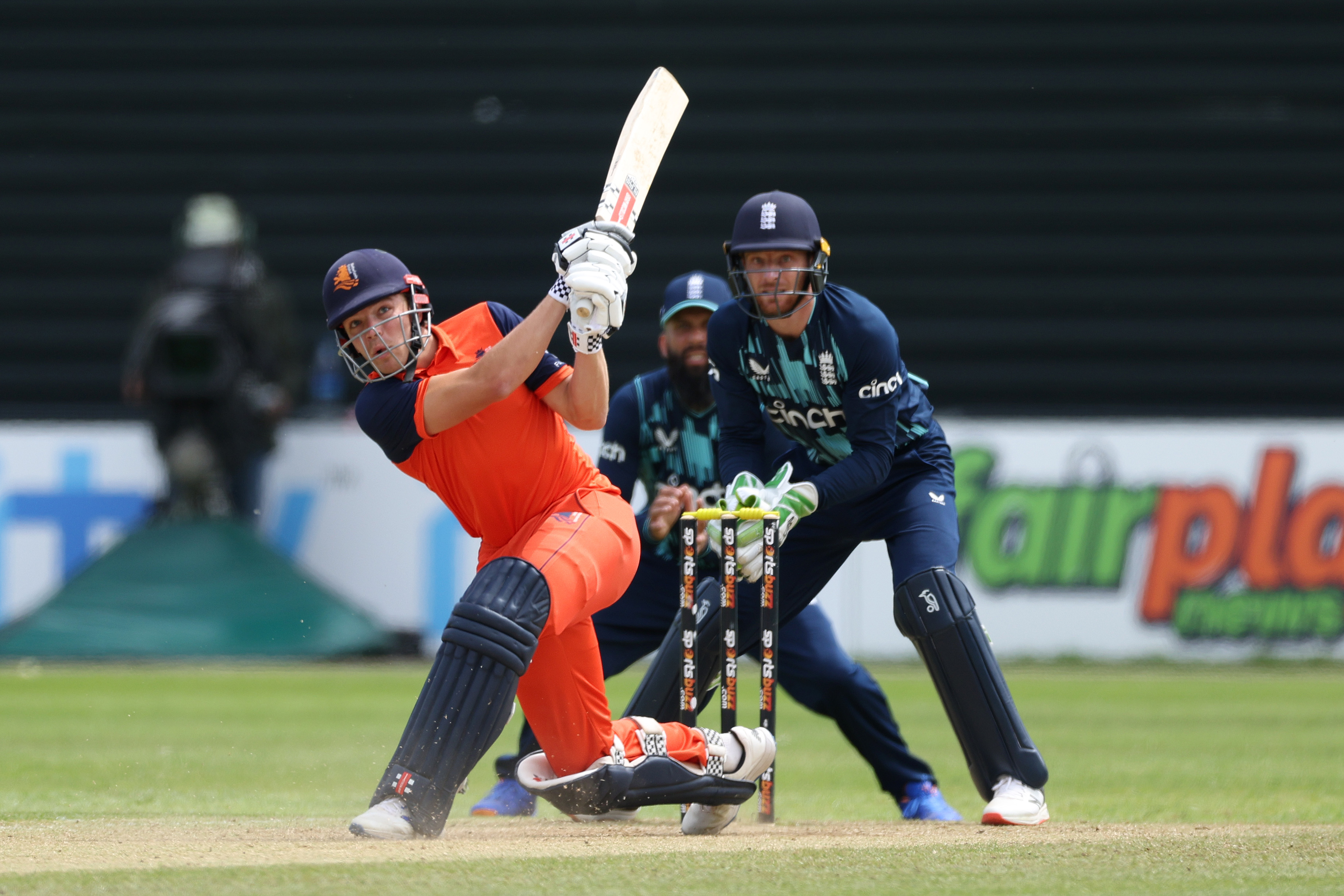 “That will be a massive challenge for us. But I think something we as a team are ready to take on. With the learnings of those games against England, we back ourselves to put up a fight.”

After these bilateral fixtures, all of the Netherlands’ focus will be on the T20 World Cup. They will be up against UAE, Namibia and Sri Lanka – all of whom will provide the Dutch with a stern test. The Netherlands would not have it any other way.