Batters need to wake up and start being professional: Phil Simmons 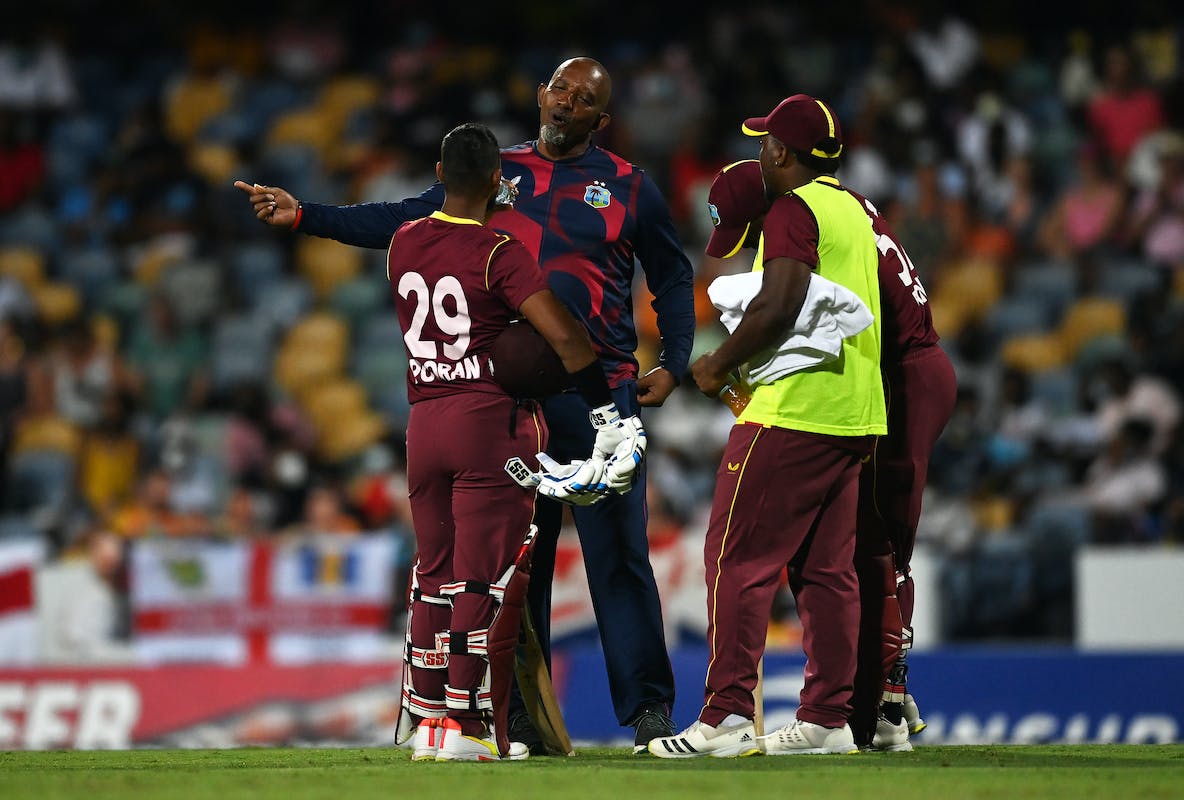 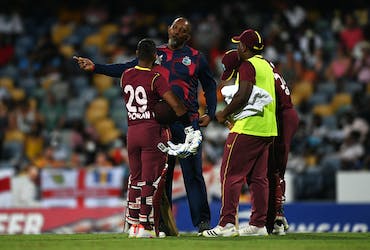 Batters need to wake up and start being professional: Phil Simmons

West Indies coach Phil Simmons expressed his displeasure over his side's batting following their 42-run loss against Scotland at the Bellerive Oval, Hobart. In pursuit of 161, the two-time T20 World Cup winners were bundled out for just 118 with just two batters Kyle Mayers (20) and Jason Holder (38) going past 20.

Reflecting on the loss in the post-match press conference said, "I think the only way you can look at it is - disappointed. I think our batting, at least today, definitely was a bit unprofessional. And we need to wake up and start being as professional as we can be when we are batting.

"The bowlers seem to be working hard and putting us in good positions, but the batters continue to falter."

West Indies started off the chase very well, finding themselves at 53 for 2 at the end of the powerplay. But they collapsed in the middle phase adding just 36 runs and lost as many as six wickets along the way to completely put Scotland in command.

Simmons put that down to soft dismissals. "We haven't started the inquest in the dressing room yet.But I think it's just too many soft dismissals. I think as batsmen you have to pay a lot more attention to your wicket.

"And I think every time, we play we are up there with the run rate. It doesn't matter who we are playing against, but we keep losing wickets and soft wickets. So I think that I've been trying to remedy it for the last couple of months. Doesn't seem like it's there yet."

Speaking of the positives, Simmons praised his bowlers for pulling things back in the middle phase, after Scotland had gotten off to a good start.

"The bowlers have been doing an excellent job. I think if we look at the stats and the data, if we know we're 7 to 15, we've been doing very well for the last year. So for them to pull it back after that it was expected from us. So I think they did a great job," the West Indies head coach said

Scotland captain Richie Berrington however has downplayed this impressive victory, saying that there is still plenty more to play for in the tournament.

Asked if this was one of the best days in Scottish cricket history, Berrington said, I think, look, it's right up there. I think to get a win like that, World Cup, it's obviously pretty special to be representing your country at the World Cup.

"It's kind of as big as it gets. But for us, I think as I said before, the belief has always been there that we can put on that performance. So yes, certainly a big win for us but one we'll enjoy. We know there's still plenty more to play for."

George Munsey started off well in the powerplay but then lost all his momentum when the rain break came in. He eventually batted through scoring an unbeaten 66 off 53 deliveries.

"Look, he's been a really important part of our line-up for a while now. Obviously with the intent he brings to the top of the order, I think a lot of our guys can feed off of that. And he certainly puts the ball under a lot of pressure, which makes it easier for the guys at the other end," the Scotland skipper said.

"He's gone from strength to strength. And we've always believed he can do it against the best. So hopefully his good form will continue from here."

Both West Indies and Scotland are in action next on Tuesday (October 19) against Zimbabwe and West Ireland respectively in Hobart. A win for Scotland will more or less assure them of a place in the Super 12s, while West West Indies need a victory to stay alive in the T20 World Cup 2022.