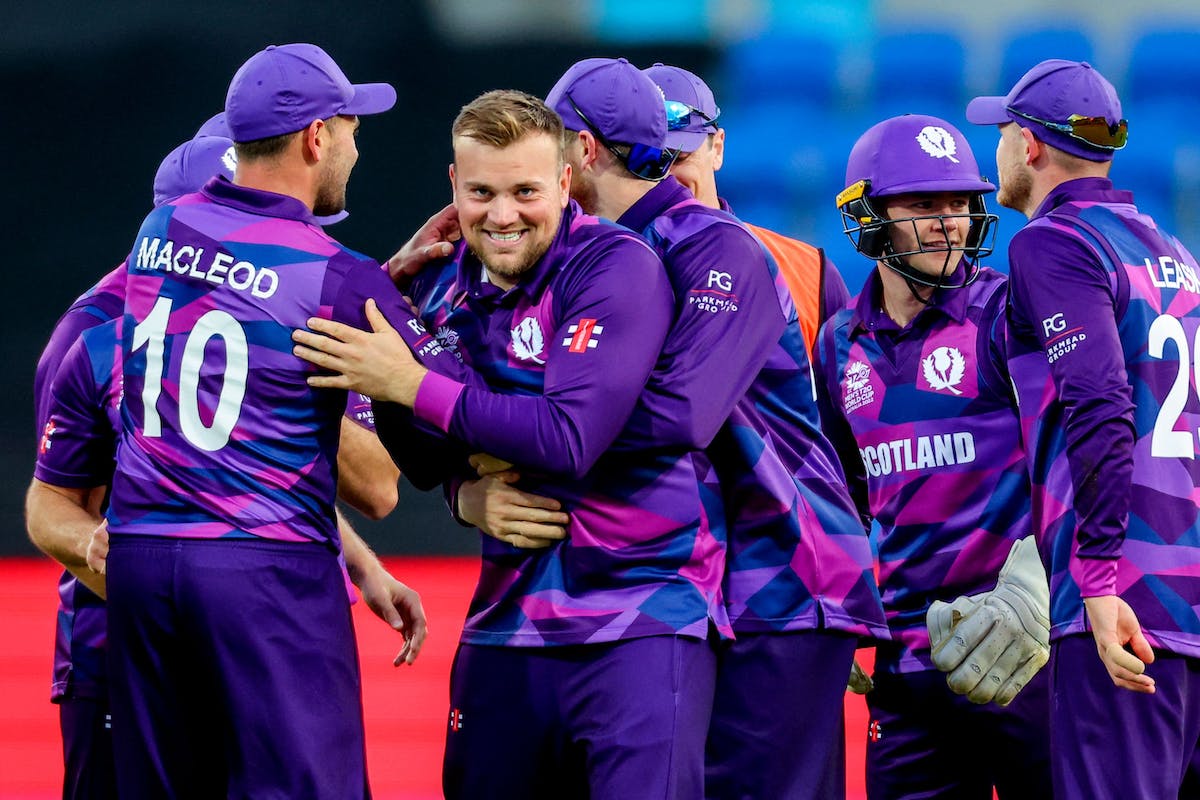 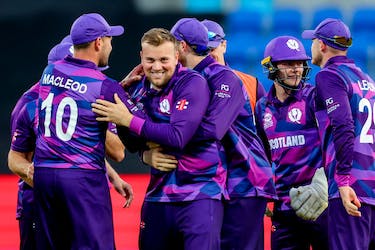 After beating Bangladesh last year, the Richie Berrington-led team begin this year's edition with a thumping win over West Indies

Going into the T20 World Cup, there were a couple of fears for Scotland. One is that, they were placed in a group with three full-member nations – West Indies, Ireland and Zimbabwe. The other one being the fact that they had played just a couple of T20Is since the conclusion of last year’s event in the UAE – both against New Zealand in Edinburgh earlier this year.

To put things further into perspective 79 teams had played at least a T20I since last year’s World Cup, 78 of them had played more matches than Scotland. West Indies, on the other hand though, had played 24 games in this period, with only Pakistan (25) and India (35) playing more than them.

And within a span of 24 hours, we have two associate nations – Namibia and Scotland – perhaps have their best nights. Scotland started off well last time around too. They beat Bangladesh in their first game, before easing past Oman and Papua New Guinea.

Speaking of the lack of T20Is for Scotland in the lead up to the tournament Richie Berrington speaking to Cricket.com said, he was not concerned with his side’s lack of game time in the shortest format as they have played a few ODIs as part of the Cricket World Cup League 2 fixtures ahead of the marquee event.

“I won't say it's a concern. You do want to try and get as many games as you possibly can. We had a good couple of games against New Zealand at home during the summer which we took a lot from. For us the good thing is we've played a lot of cricket this year,” Berrington, who replaced Kyle Coetzer has captain earlier this year, said. 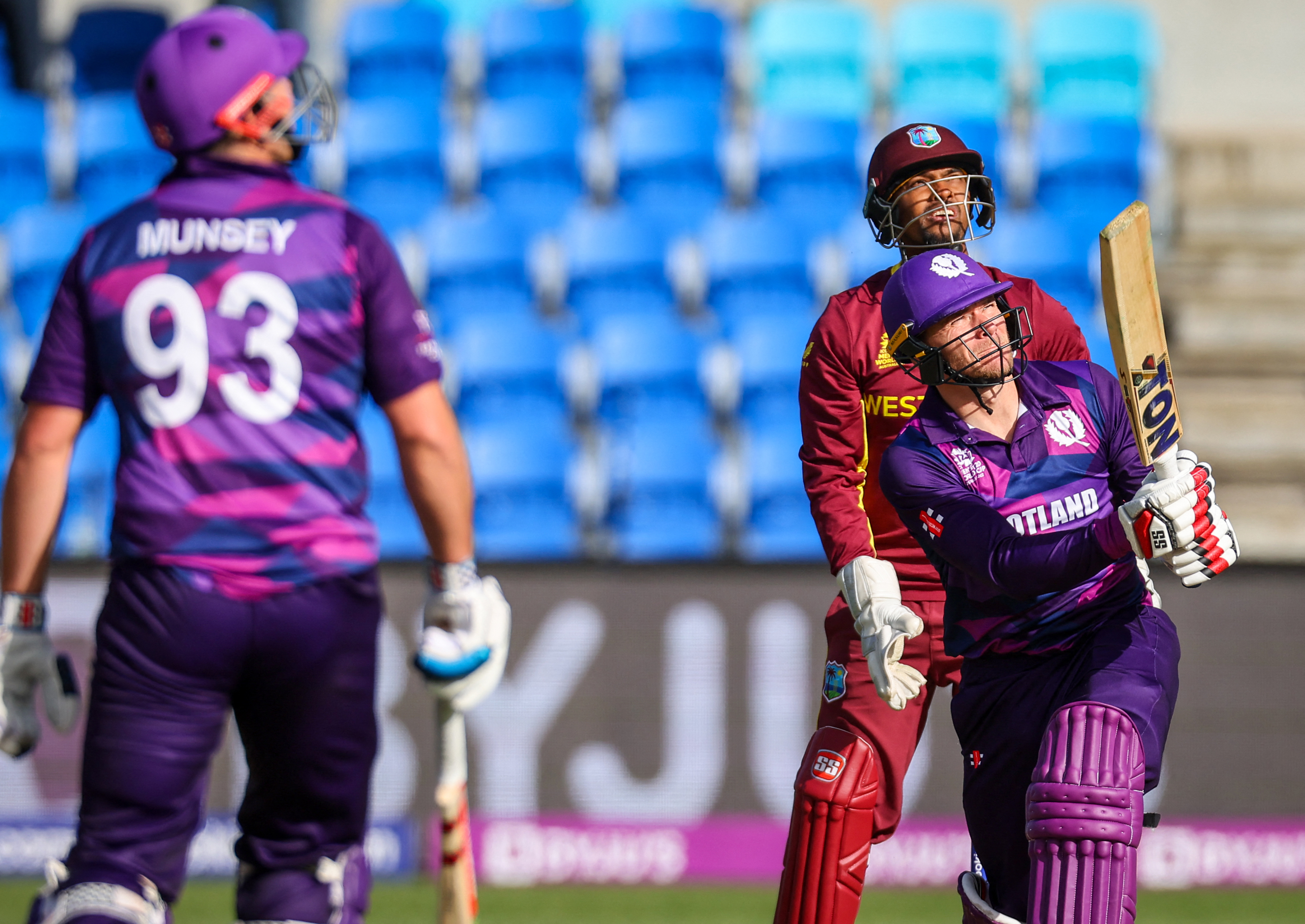 Berrington is not wrong. Scotland played as many as 17 ODIs in this period, winning 12 of them. Only India with 13 wins have won more games, out of 18.

Berrington had previously said that the summer gone by gave them an indication that they do belong at this level, and this win against the West Indies would have certainly vindicated his stand.

“It was an interesting summer in the sense that we felt we played very well this summer but without too much to show for it. I think the main thing to take from it was that we now know that we are at the right level,” Berrington had said ahead of his side’s first game at the T20 World Cup 2022.

Their win against Bangladesh in the previous edition had put a lot of focus on the quality of club cricket in Scotland. The likes of Chris Greaves, Mark Watt and others had put in the hard yards and are bearing the fruit at the international level.

Speaking of the structure of club cricket in Scotland, Berrington said, “Many years ago we used to have a national league, where the 10 best teams in the country were in the main league. A few years ago that changed. We split it into the Western District and the Eastern District which had their own league. Through that the winners of both leagues meet each other in the grand final.

“There has always been a good competitive edge with the two, within your own league as well. Some of the conditions we face aren't always easy. But that competitive element has always there and that's where the guys have been brilliant in finding different ways to keep trying to improve their game no matter who their up against, whether it's club cricket or regional cricket, they are always trying to find ways to improve and I think this group has been exceptional in finding ways to do that,” the Scotland skipper further added.

The next edition of the T20 World Cup, co-hosted by USA and West Indies, will have 20 teams participating in it, four more than this time. Given how the first two days of the tournament have gone by, it seems to be an excellent move.

“We want to get as many associates as possible into these tournaments. We've seen over the last few years how much associate cricket has improved. That's credit to all the associates in terms of how they've found ways to keep closing the gap on some of the bigger teams,” Berrington said.

“For us and a couple of other teams, this is another great opportunity to try and go out and show what we can do and compete on the main stage.”

Scotland went about their business sensibly as well. Opener George Munsey, the only left-handed batter in the XI batted through, held one end up that allowed the middle-order to play a little more freely. It paved way for a couple of cameos from Calum MacLeod (23 off 14) and Chris Greaves (16* off 11) to ensure Scotland got a formidable total on the board. 160 was just below par and with West Indies coasting to 53 for 2 in the first six overs, it seemed as though they would ease through. 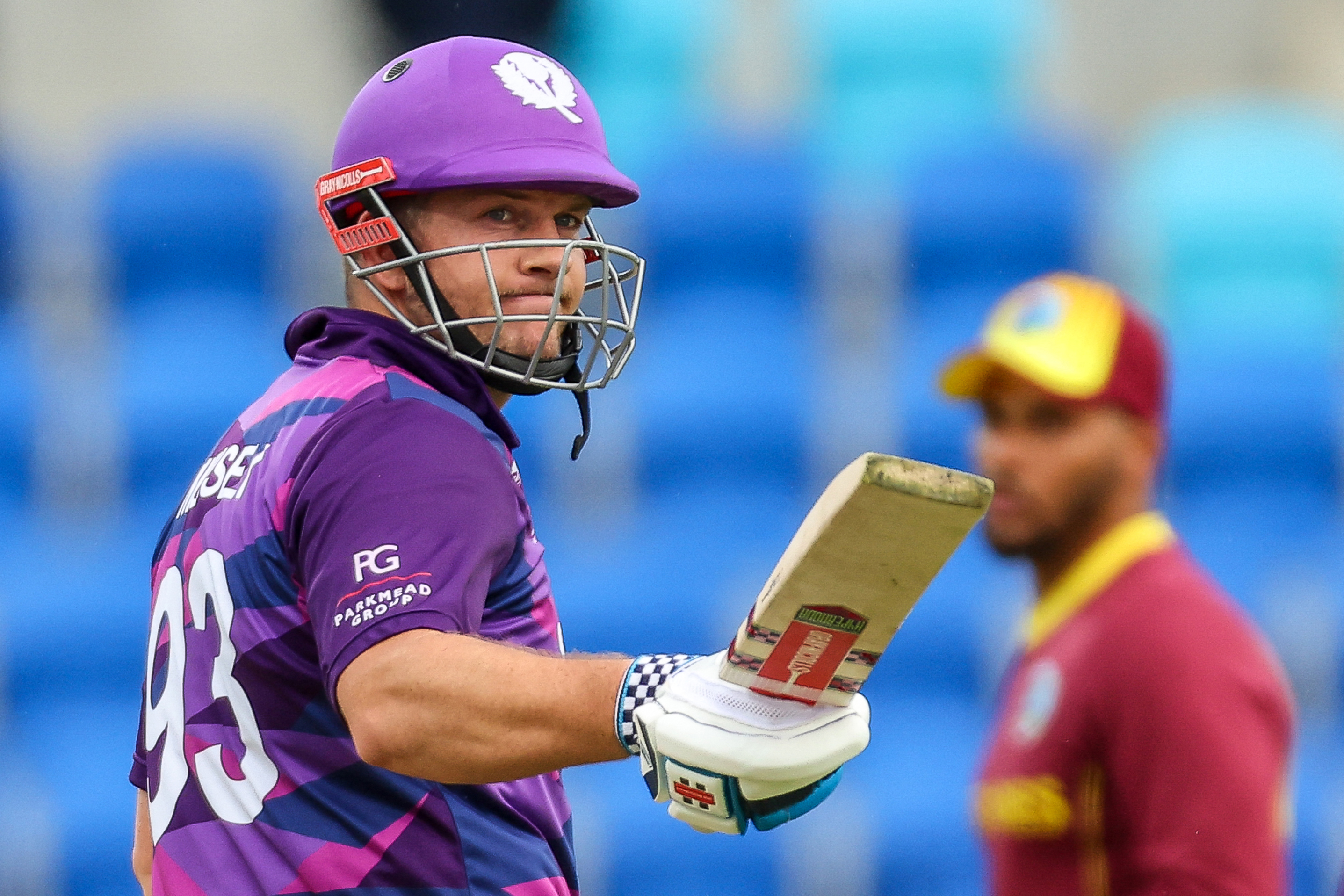 But once the field spread out, it worked in Scotland’s favour as their spinners Watt, Greaves and Michael Leask had the opportunity to force the batters to play shots square of the wicket, given that it was the longer part of the ground.

"I back our guys to find the length [to hit the top of the stumps] and make it difficult for them," Munsey who had scored an unbeaten 66 off 53 said at the halfway stage of the game. 163 was enough for Namibia in Geelong yesterday and 160 was enough for Scotland today in Hobart. 160-ish would perhaps be the magic number the teams would be chasing.

For the West Indies, who had a couple of T20Is against Australia and a warm-up game to acclimatise need to realise they have to convert ones into twos and twos into threes. That was much talked about even before the T20 World Cup and given the big ground dimensions in Australia the boundaries were always going to be difficult to come by. Their fears came true today as most of their batters holed out in the deep.

Scotland have Ireland and Zimbabwe to contend with in the next three days. With a win over the Windies, no team would make the mistake of taking them lightly as the Scots look to make it to their second Super 12 stage in as many years.