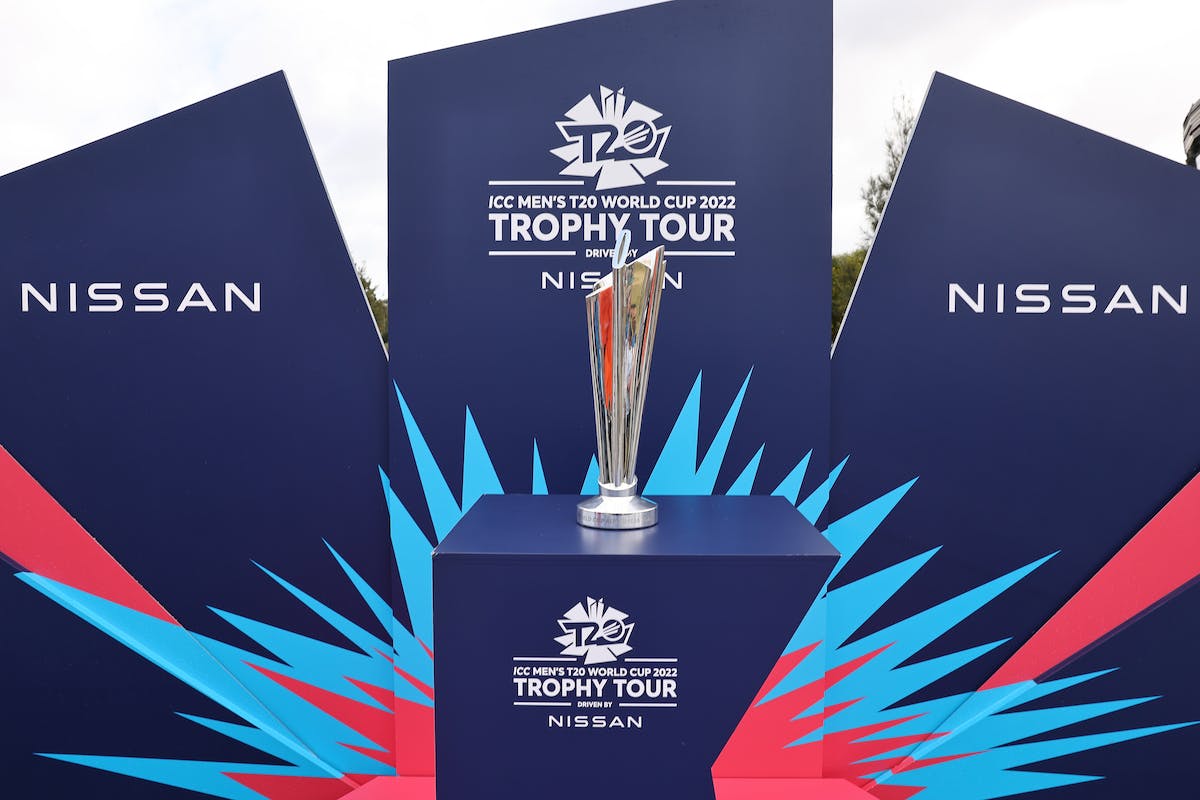 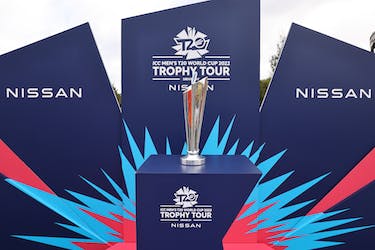 For the first time, the T20 World Cup is being played in Australia

We are just a day away from witnessing another marquee event in the form of 2022 T20 World Cup. The World Cup title defenders Australia, have the comfort of playing in home conditions.

The qualifiers will be played in Geelong and Hobart. The main stages of the WC will be played in six different venues - Adelaide (7 matches), Brisbane (4), Hobart (9), Melbourne (7), Perth (5) and Sydney (7). There haven't been too many matches played at Geelong for comparison in the aforementioned time.

Along with our data in T20s from 2021, Netherlands' Tom Cooper, who spent most of his cricketing career playing in Australia, shared some insights with us on how the venues are going to behave.

When we asked Cooper about the ground dimensions of the six venues of the group stage matches, he said, “Melbourne and Perth (Optus Stadium) are similar in dimensions, the square on either side are bigger as compared to straight boundaries. The square can be bigger in Brisbane depending on the pitch that is used. Sydney is a good all-round cricket ground, decent size all across. Hobart as well, depends on the pitch that is being used.”

He further added, “Adelaide is a bit like Geelong. Straight boundaries are quite big and squares on either side are short. Depending on the venues, it will determine what kind of shots will be witnessed.”

Need a bit of agility in Melbourne

It is a well-known fact that grounds in Australia are bigger than the rest of the world, especially the iconic Melbourne Cricket Ground. Not only is it big in terms of crowd capacity, but also in terms of field of play. 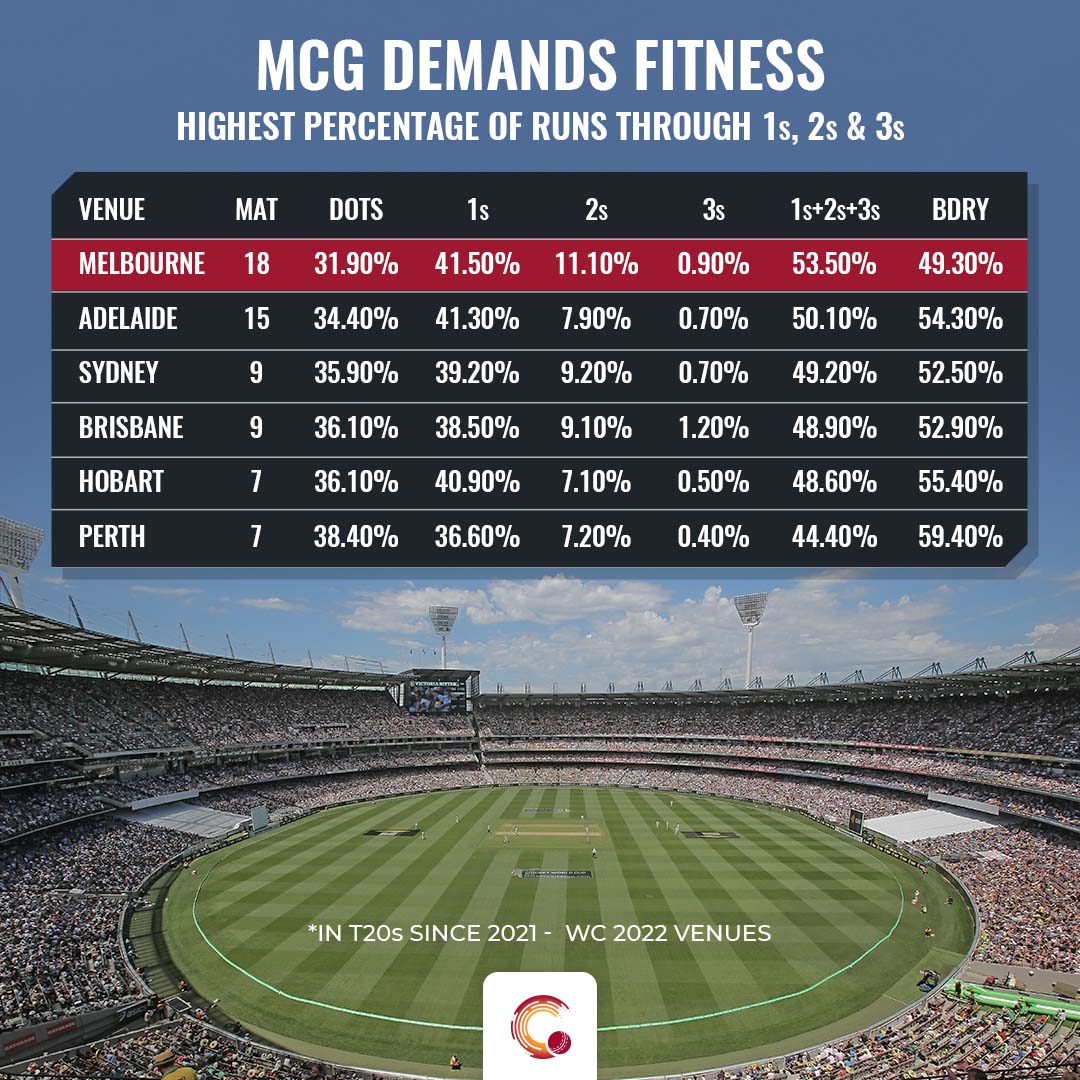 Even in the powerplay, a phase in which batters look for boundaries, only 49.5 percent of runs have come through boundaries. No other venues have a ratio below 50 percent.

Spinners excel at Gabba, but are only economical in Sydney

When we say Sydney is a better-suited venue for spinners, it is acceptable. But, Brisbane is certainly a surprise.

In Sydney, spinners have managed to cut the run flow by a hefty margin. In T20s since 2021, spinners have conceded at an economy of 6.7 when no other venue has seen an economy of less than 7. But, they have picked up a wicket every 24.7 runs and 22 balls. A venue very much suited for defensive spinners.

However, in the aforementioned time, spinners have thrived in Brisbane in every aspect. Spinners have conceded runs at an economy of 7.2, the second best. But, they have picked up a wicket every 22.3 runs and 18.7 balls, the best average and strike rate among the six venues. To add more, 38.7 percent of the wickets are picked up by the spinners, which is also the most. 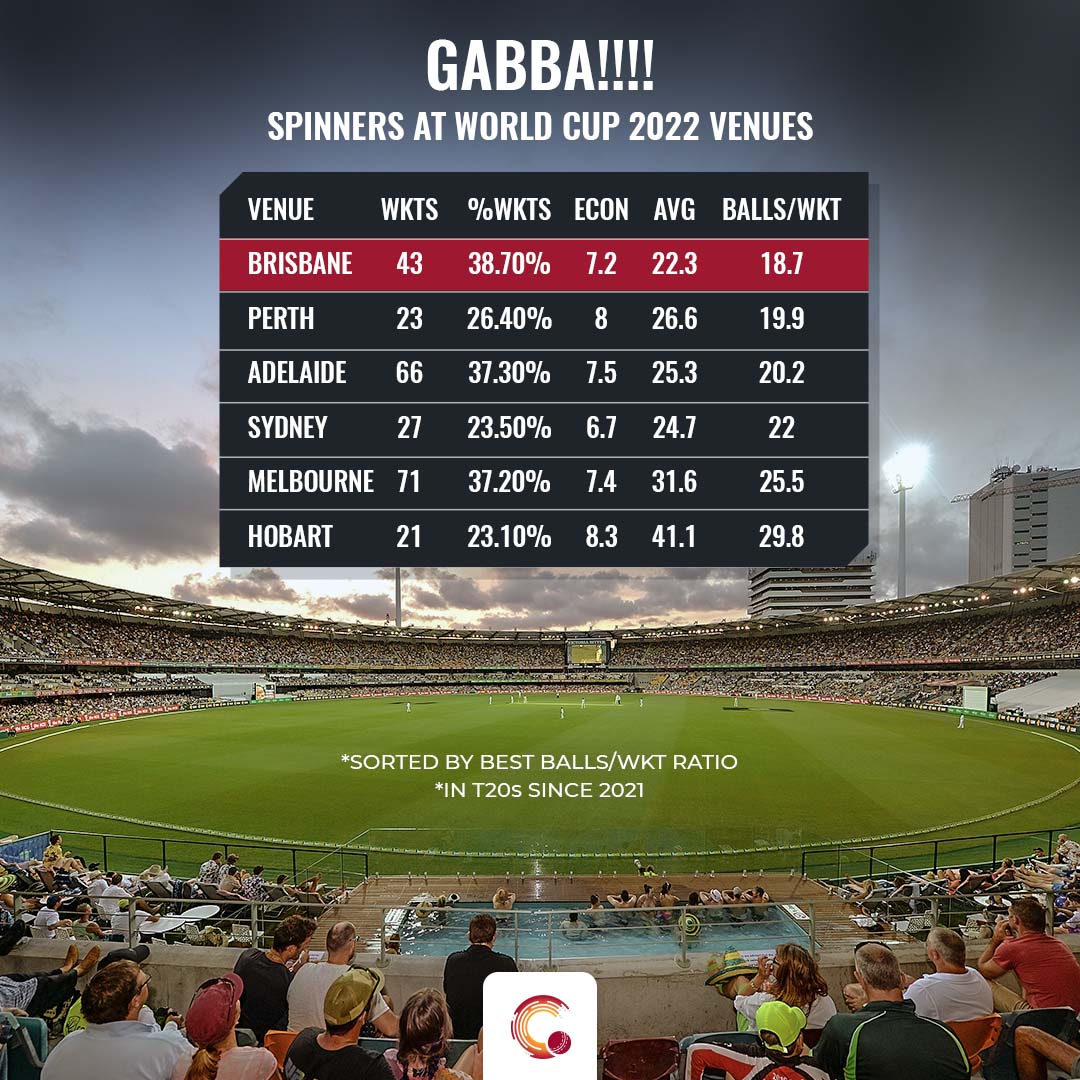 With extra bounce in Australia, the pacers will look to bowl those heavy balls which have been successful in T20s since 2021.

Overall, most of the wickets for pacers have come from a good length, a common case. The economy is also on the lower side. However, when bowled short (10m+) in Australia, bowlers have picked up a wicket every 12.8 balls and they have conceded at an economy of 8.1. Regarding bowling strike rate, the short balls have been the most lethal in all the six venues.

Left-arm pacers, a valuable asset in most venues

The left-arm pacers have been exceptional across all the six World Cup venues. Overall, they have picked up 95 wickets at an average of 24.4 and balls/wicket ratio of 16.3. Though their economy is on the higher side, their balls/wicket ratio is the best among all bowling types.

In Brisbane, they have been top notch. They have bagged 16 wickets at a bowling strike rate of 10.8. In terms of strike rate, the next best venue has been Hobart (14.8). In fact, among the six venues, only in Melbourne (21.4), their strike rate has been in the 20s. In the remaining five venues, the ratio is below 18.5.

In terms of economy, in none of the other venues except Hobart, the left-arm pacers have conceded less than 8.5.

Perth, not an easy catching ground

“Marvel Stadium, Melbourne is a difficult catching ground, but it is not a part of the WC. The Optus Stadium, Perth, is the other. All the other five venues have the traditional light towers and the lights are quite high. But in Perth, the lights are around at the top of the stadium and are in your eyeline. The hard-flat ones in the boundary, we tend to lose it in the lights, making it quite difficult.” This is what Cooper said when asked which is the hardest venue for catching.

When a fielder of his caliber says this, then it has to be a hard one, and we have data to back his words as well. 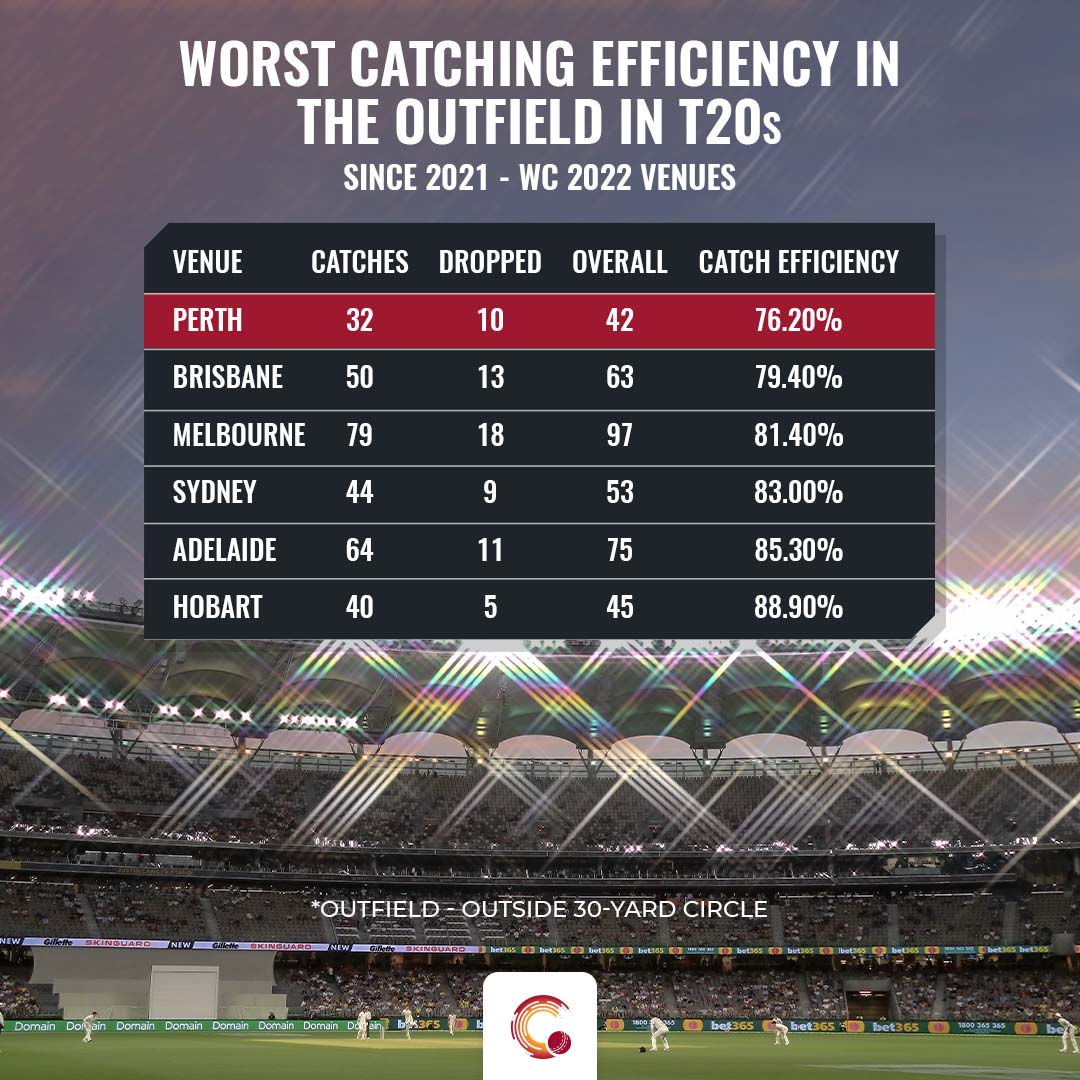 Teams batting first, have found success on a larger ratio

In all the six venues, teams batting first have won 50 or more percent of the matches, especially in Perth and Hobart. Both venues have hosted seven T20s each since 2021, with only once each the chasing side fulfilling their target. 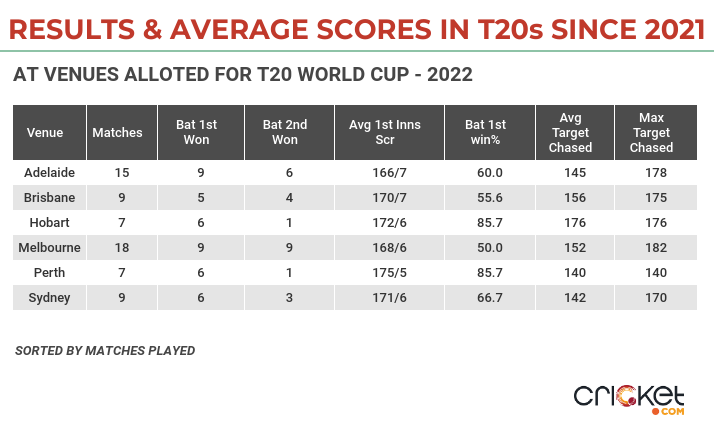 Astonishingly, in the aforementioned time, among the six venues, the highest target chased has been 182 in Melbourne. Overall, the average first innings score has been between 165-175 runs range.