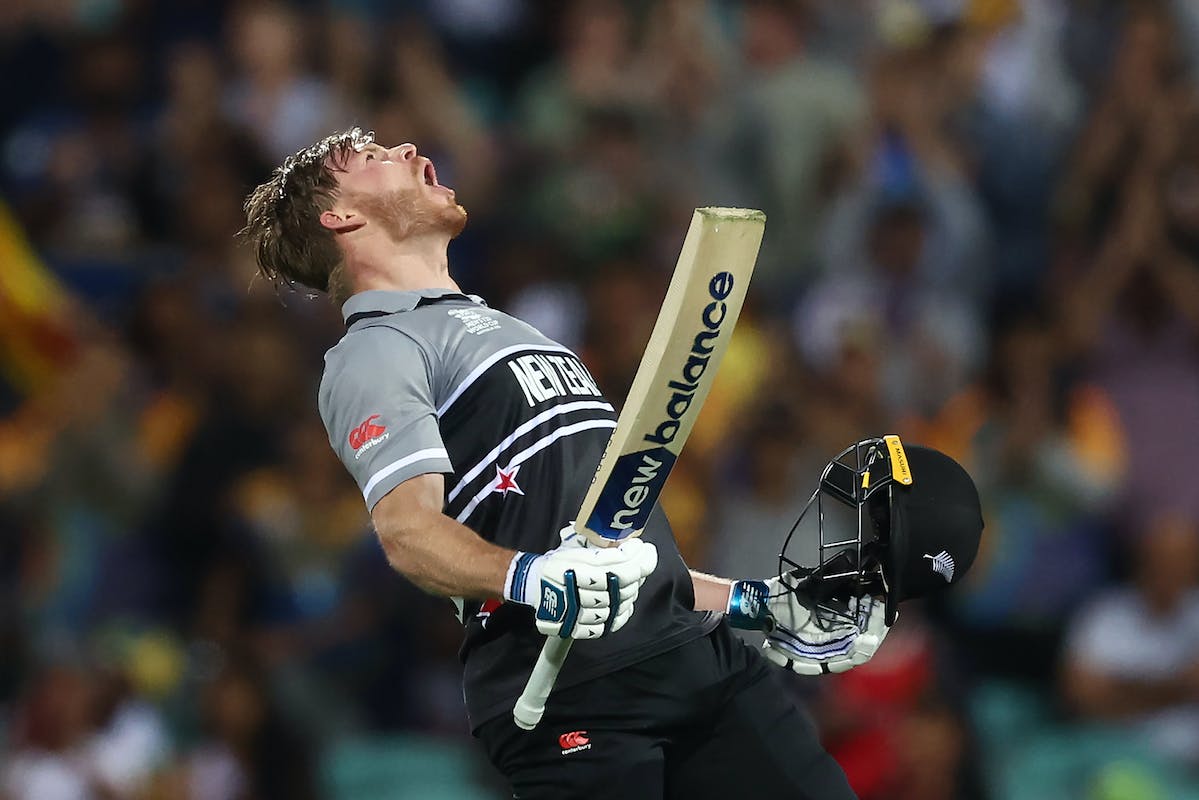 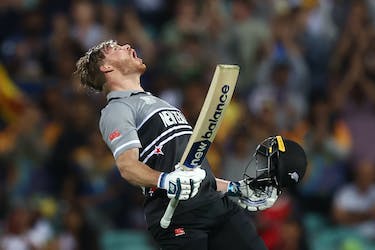 If you were to look beyond Kohli’s innings, Phillips has arguably played the knock of this World Cup

Perhaps it’s high time that we invent a new term. Bicep’o’phobia — the fear of well-built, muscular men who can hit sixes using the sheer strength of their biceps.

Assuming the fear to actually be real, Sri Lanka, by now, must certainly be suffering from it.

For days after getting absolutely slaughtered by Stoinis in Perth, they’ve been brutalized by yet another muscular man in the form of Glenn Phillips.

Going forward, there’s a good chance that Sri Lanka and their bowlers might never be able to look at muscular men the same way again. Certainly on a cricket field whilst bowling.

Jokes aside, we simply cannot get enough of this World Cup. For it is the gift that keeps on giving. We’ve hardly had enough time to process Zimbabwe’s stupendous victory over Pakistan and BOOM, less than 48 hours later, here we are. Yet another spectacularly intoxicating event, this time Glenn Phillips playing the knock of his life to put New Zealand in pole position to make it to the semi-finals.

Let’s be real: the knock of the tournament is already settled. Taking everything into consideration, it’ll be next-to-impossible for any individual to eclipse Virat Kohli’s efforts at the MCG.

However, if you were to look beyond Kohli’s innings (that’s a different tier altogether), Phillips has arguably played the knock of the tournament.

In Pommie Mbangwa’s words, New Zealand were dead and half-buried when Phillips walked into bat. They’d been reduced to 15/3 after opting to bat first and at this point they had just one recognized batter waiting in the sheds, which was Jimmy Neesham, someone not particularly known for his ability to build an innings.

The possibility of the Kiwis getting rolled over for 98, like they did in the warm-up against South Africa, was entirely realistic.

It was bonkers that they ultimately ended up where they did: getting to 167 before registering a thumping 65-run victory.

None of which would have been possible if not for the intervention of one man. 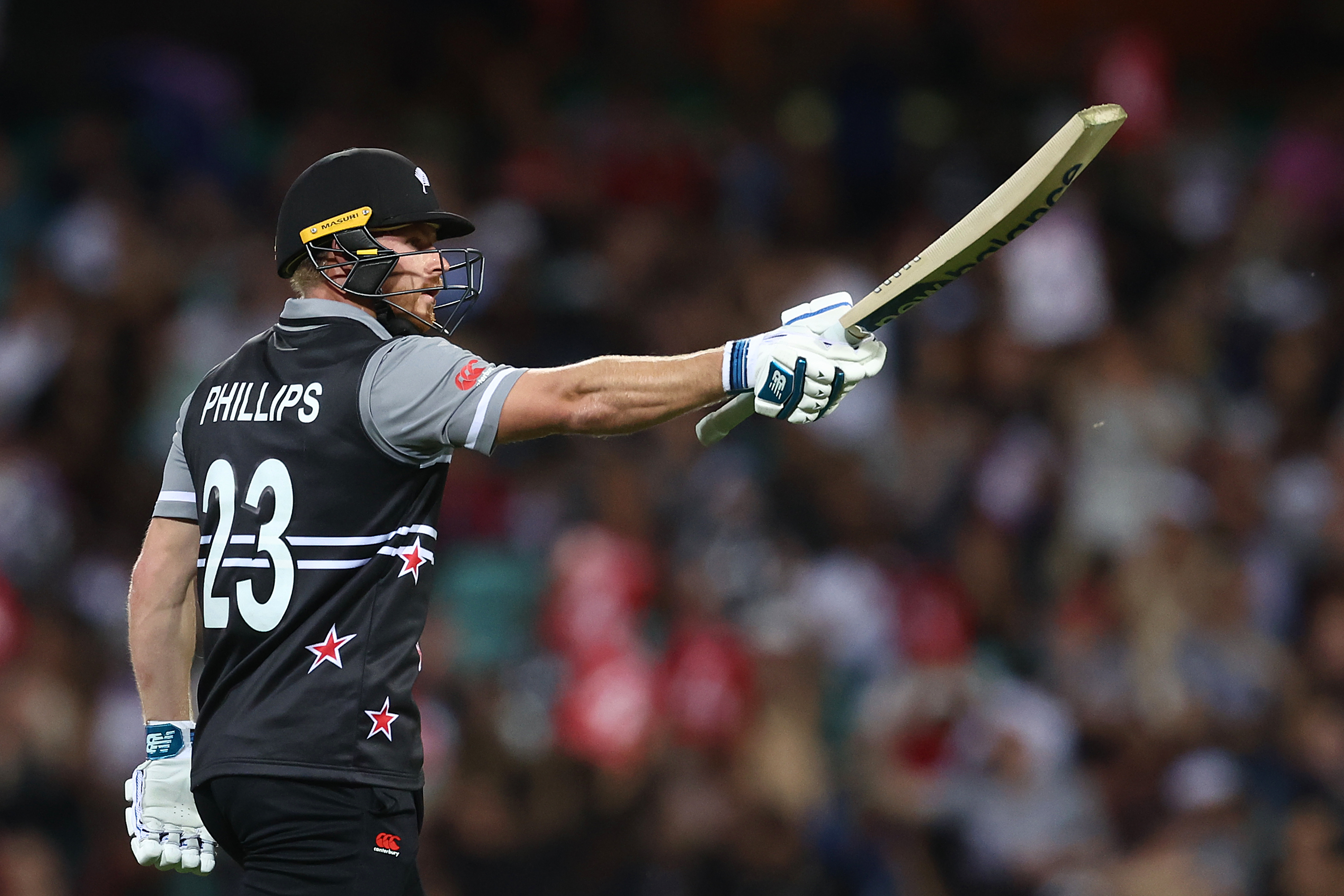 Before we dissect Phillips’ knock, it is important that we address the elephant in the room. Oh yes, the drop catch. Or, rather, the drops.

It is true that Phillips was the beneficiary of some atrocious fielding from Sri Lanka. Had he come up against a competent fielding side, he’d have definitely walked back to the dressing room for 12.

But if drops aren’t going to stop us from hailing Steve Smith’s 109 in Pune and Kohli’s 149 at Edgbaston, there is precisely zero reason why they should come in the way of deserved praise for this knock from Phillips.

For the longest time, Phillips has been a mythical batter of sorts. A six-hitting list? His name is right up there at the very top. Best numbers against spin? He’s there. Best average + strike rate aggregate? Again, he’s there.

But somehow you got the feeling that, in order to really get ‘approved’ as a big deal, he needed to showcase his prowess on a big stage.

He’d have been talked about endlessly had he gone berserk in the IPL — like Livingstone did — but he couldn’t do much in the three appearances he made. He didn’t shine in last year’s World Cup too, and all the hype that surrounded him came on the back of his showings in the Vitality Blast, CPL, Super Smash and T20Is back home.

That’s no longer the case. For with his showing today at the SCG, Phillips has made a statement. A statement that reads, ‘Yep, I’m the real deal.’

To put into context just how ridiculous his knock on Saturday was, consider the following:

There were a lot of good things about Phillips’ knock, but what was absolutely striking was just how well-rounded it was. In every way. 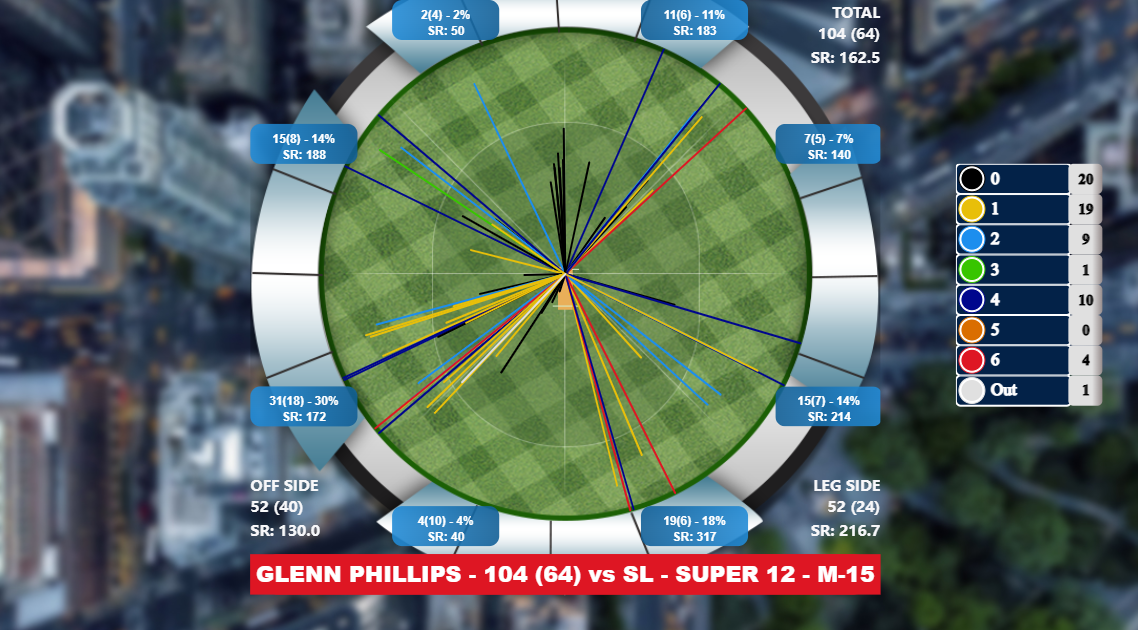 Overall, it was a knock that ticked nearly every single box.

Putting the bad balls away? Check.

Smart and quick running between the wickets? Check.

Rescuing the team from a crisis? Check. 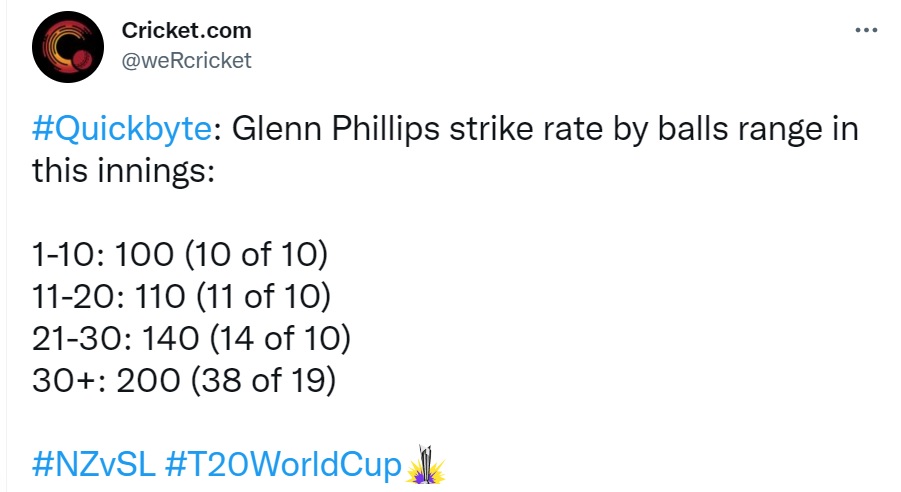 Runs all over the ground? Check.

Shifting through the gears? Check.

Make a checklist of everything a batter could do while batting, and Phillips’ knock had all of it.

With the win and with Phillips’ knock, you do get the sense that New Zealand have sent quite a message. At the SCG today, they endured a bad day with the bat. A terrible day, even — just one batter passed the 25-run mark.

And yet they ended up not just winning, but getting a significant NRR boost.

This just leaves you wondering what’s in store for the rest of the tournament. Will they even have another ‘bad’ day like this? And if this is supposed to be their ‘bad’ day with the bat, just how scared should teams be of them?

Let’s just leave it by saying to the rest of the field, ‘be scared, be very scared.’