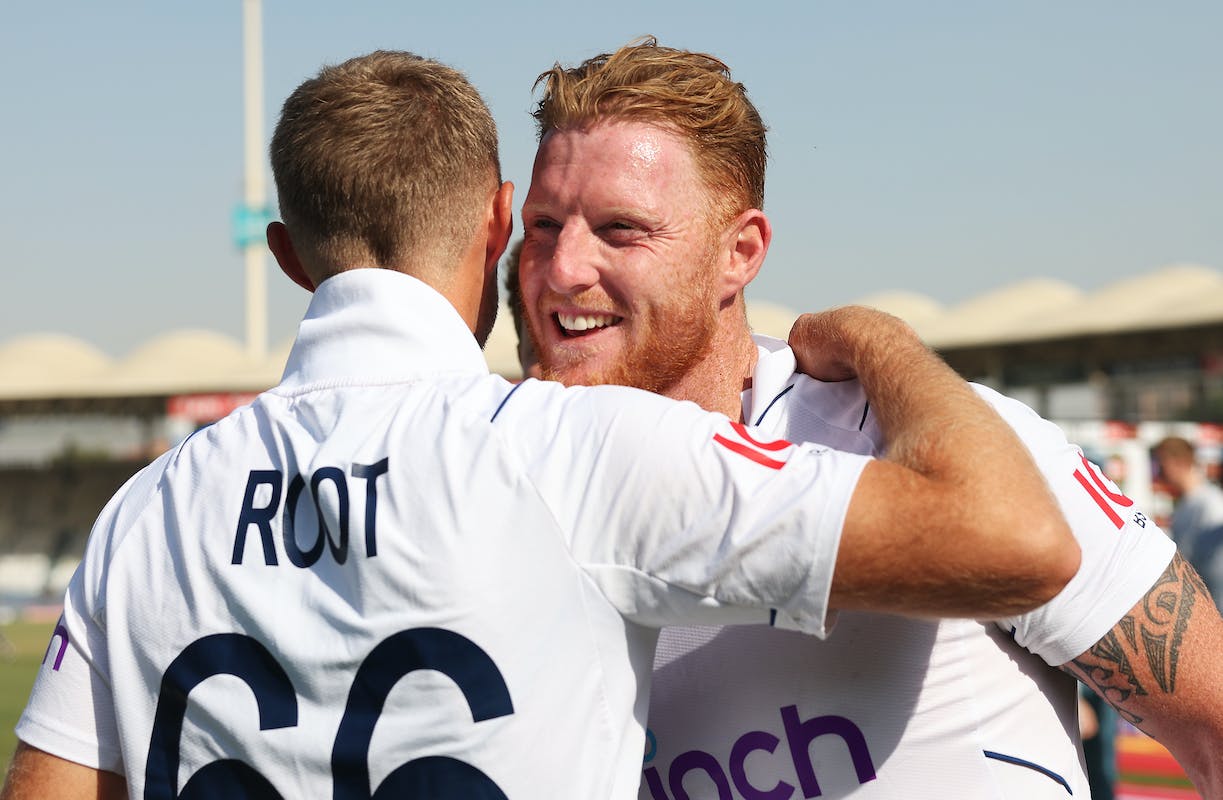 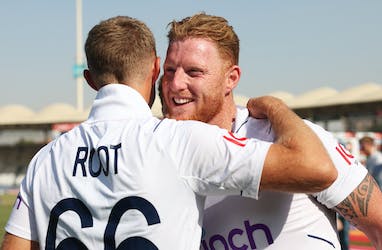 On Tuesday, England made it 9 wins out of 10 under the leadership of Stokes

Exactly a year ago, England lost the day-night Test in Adelaide by 275 runs to go 0-2 down in the Ashes. Four months later, they would go on to suffer three more defeats in their next six Tests, winning none, to plunge to the very bottom of the World Test Championship table.

Those days really seem like an eternity ago as on Tuesday, the Three Lions, led by Ben Stokes, completed a 3-0 whitewash of Pakistan to climb to fifth spot in the WTC table. In the process they became the first ever side to whitewash Pakistan in a series at home, and also made it a staggering 9 wins out of 10 under the leadership of Stokes.

It is quite a remarkable turnaround for a side that, until May, had won 1 out of its previous 17 Tests and was, for a small period, rather hopeless.

One of the two architects in chief for the turnaround, Stokes believes that learning to let go of the fear of failure is what’s contributed to his side’s unprecedented success.

"You just accept [that] getting out is part of batting. I think just releasing that fear of failure is why we've produced the results,” Stokes said on Tuesday, in the aftermath of the 3-0 series win.

"When you take that burden off individuals and the team, you see players excelling and showing more within themselves. The ambition to win and play an entertaining brand of cricket, that over-rides any fear of failure.”

One of the biggest factors behind England’s resurgence, Stokes explained, is that all players are genuinely enjoying their cricket. The England skipper asserted that he’s never had as much fun playing cricket as he is currently, donning the whites.

“[We are] just going out and enjoying every moment we can, whatever situation we find ourselves in.

"The first Test pitch [in Rawalpindi] was very, very flat and we just said, 'enjoy the flatness boys - let's just enjoy this challenge and see what we can do.' We've had Jimmy Anderson smiling, which is an impressive thing in and of itself down on the field.”

The Baz-Stokes era is yet to encounter a single low — everything they’ve touched has turned into gold — but Stokes admitted that the ‘real test’ for this group will be to get through the lower points, when they inevitably arrive.

"It is a great time to be in this dressing room and a great time to be playing for England. I'm just encouraging everyone to turn up every day and enjoy what you're doing. Obviously, it is easier to do when we are winning the way we are at the moment.

"The real test will be when things don't go so well and that will be the time to make that even more of a thing for us to take out there. But I hope we don't come to that."

Prior to the series, England were expected to push Pakistan to the limit, but no one quite saw a whitewash coming. It is one thing winning a series away, that too in the sub-continent, but the Stokes-led England side essentially dominated the three-Test series from the very first ball.

Stokes claimed that it will ‘take time’ for the victory to sink in, but labeled the whitewash a ‘very special’  achievement.

"It won't really sink in until we get home or in the new year," Stokes said.

"I know it’s a cliched thing, but being out in the subcontinent is one of the hardest places to do it," Stokes said.

"I understand, and we understand, what we've done is pretty special... to win 3-0 out here, it will be something to be really proud of."