Ben Stokes is the ultimate competitor in anything he does: Jos Buttler 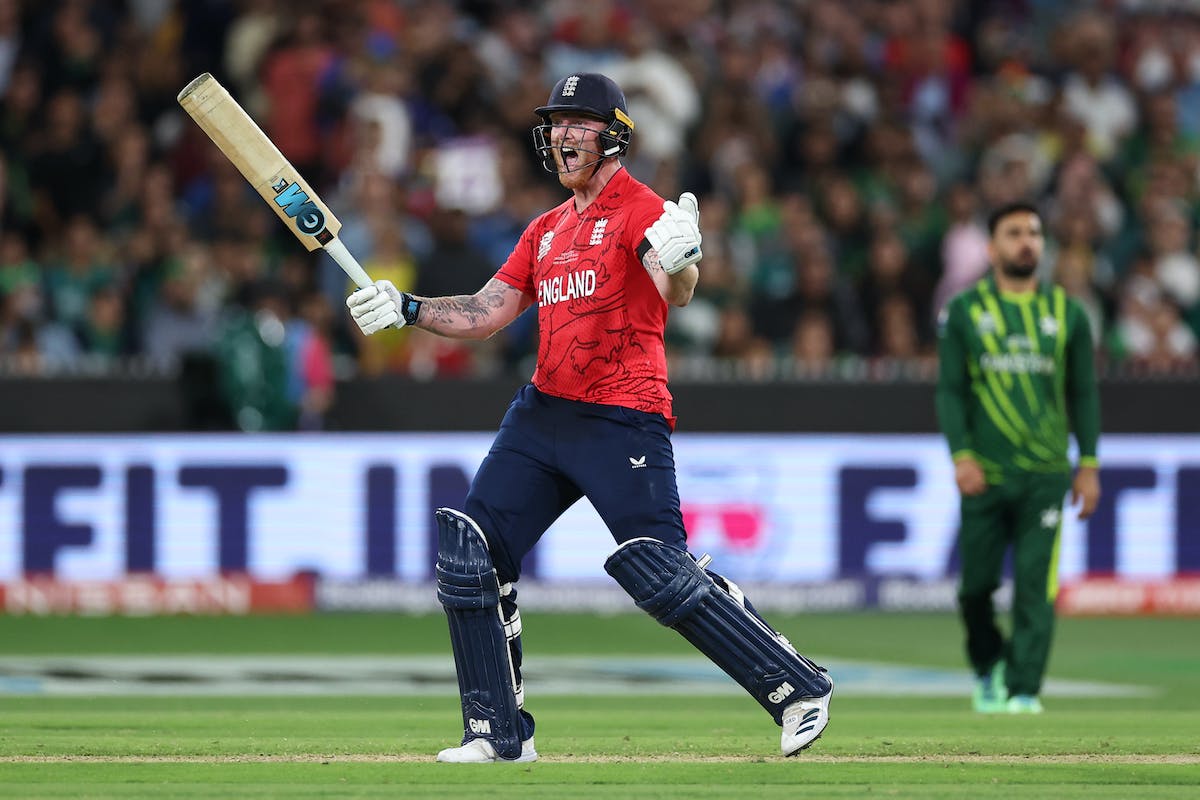 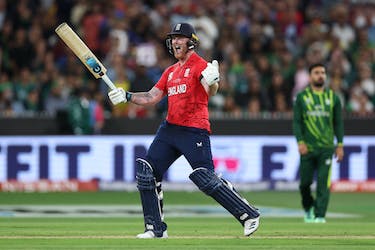 Ben Stokes is the ultimate competitor in anything he does: Jos Buttler

England claimed their second T20 World Cup title with a five-wicket win over Pakistan in the final at the MCG. Chasing 138, Ben Stokes once again starred in a World Cup final with a match-winning fifty as England won the game with an over to spare.

England lost to Ireland in the Super 12s but managed to beat New Zealand and Sri Lanka after an abandoned match agianst Australia to progress to the semis. They thrashed India by 10 wickets and booked and set up a date with Pakistan in the finale.

Speaking of Stokes, Jos Buttler at the post-match presentation said, "He is the ultimate competitor in anything he does and has the experience to bank on as well. He timed it perfectly, the impetus that he and Moeen Ali had just took it away from Pakistan."

Reflecting on the campaign, Buttler said he is extremely proud of the entire unit.

"This is the icing on the cake, To win the T20 World Cup now, immensely proud of everyone here. It has been a long journey and few changes but we are reaping the rewards of how we have played in the last few years. It's been a fantastic tournament."

He further added that the seven-match T20I series they played in Pakistan before the World Cup was a valuable experience.

"We went to Pakistan before coming here, which was a valuable time for the group and this felt a long way after the Ireland match but the character we showed from thereon in must-win games is amazing."

Matthew Motts, the white-ball head coach, has won numerous laurels with the Australia Women cricket team. Buttler praised him and the entire coaching staff for the freedom they provide.

After going wicketless in the initial stages of the tournament, Adil Rashid played a pivotal role in choking the opposition, picking up four wickets from the last three games and went for under six in all of them.

Even in the final, he picked up the wickets of Mohammad Haris and Babar Azam. Buttler reckons that the wicket-maiden he bowled swung the game in England's favour.

"Huge swing in the game, that was a fantastic over from Adil. He has been outstanding for us in the last three games, just the guy who makes things happen and his performance was outstanding," Buttler, who scored 225 runs at a strike-rate of 144.23 in the tournament said.

Pakistan captain Babar Azam felt that his side was 20 runs short and things became even more difficult when Shaheen Afridi had to limp off due to an injury.

"Congratulations to England, they deserve to be champions and fought well. We felt like home here, got great support at every venue. Thanks for your support. Yes, we lost the first two games but how we came in the last four games was incredible," Babar said.

"I just told the boys to play our natural game, but we fell 20 runs short and the boys fought well with the ball. Our bowling is one of the best attacks in the world. Unfortunately Shaheen's injury put us off, but that's part of the game."