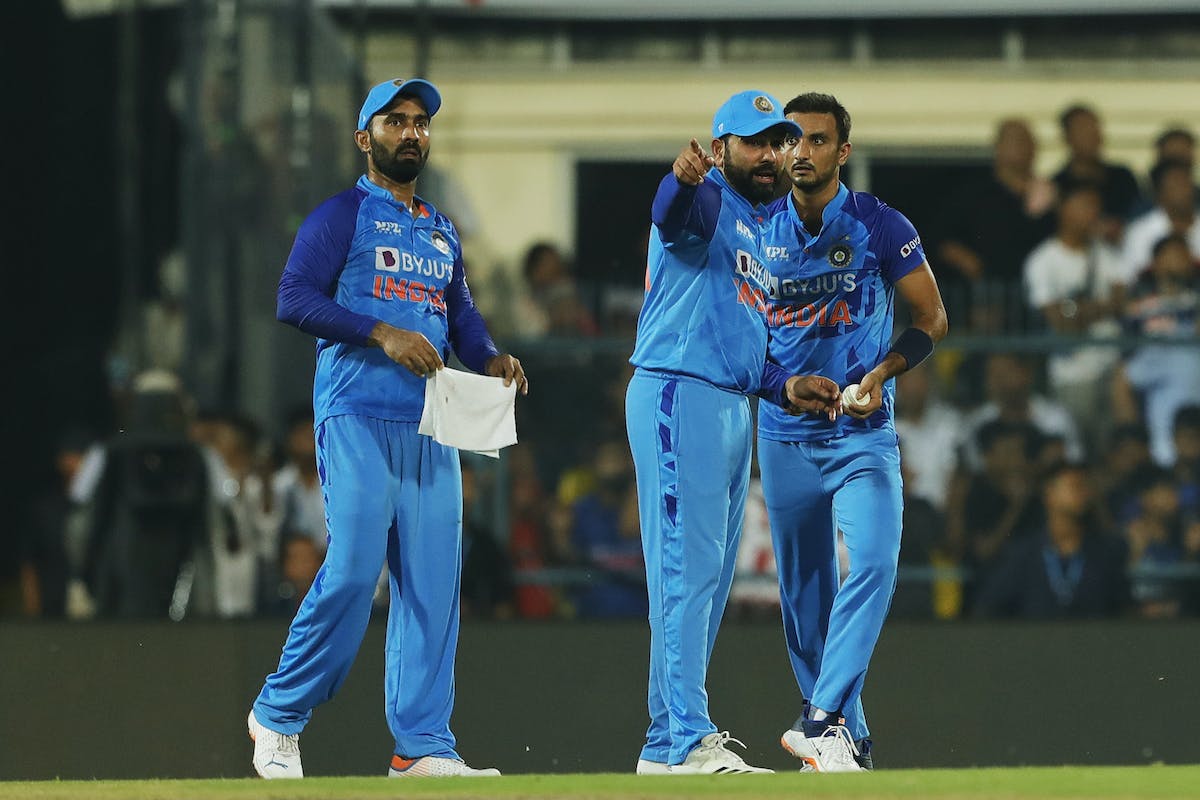 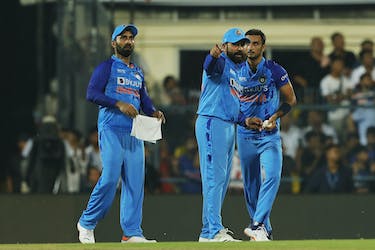 The tourists have themselves to blame. You know the old cliche - no matter if it's batting or bowling, whatever you are doing first, you gotta do it well. That is where the Proteas have failed quite miserably. In the first game, they were shot down by some early swing on offer for the Indian seamers, succumbing to 9/5 within the first three overs itself. Bowling first in the second game, the South Africa pace attack delivered their worst performance as a unit, allowing India to rise to an above par total of 237, bowling an atrocious amount of full tosses.

For India, the post Asia Cup phase in their World Cup preparation has gone rather well - with four successive victories to complete two series wins against strong oppositions. The third T20I in Indore will see the end to India’s long hustle of World Cup preparation. Heading into their final T20 fixture before the World Cup, the Men in Blue have ticked various boxes - except their bowling line-up which seems to have reached an irreparable stage in the absence of Jasprit Bumrah.

Despite scoring an above par total and conceding only 45 runs in the powerplay while picking two wickets, India won the second T20I in Guwahati by only 16 runs. It came closer than they would have liked, ultimately suffering another dent in their bowling arsenal which was already lacking in confidence. In the last two overs, they leaked 46 runs.

This year, India have an economy of 12.1 runs per over in the last two overs of an innings, the worst among all Test playing nations. In the 19th over alone, they have conceded 26, 17, 18, 15, 5, 14, 19 and 21 runs in the last eight games. The 5-run game was against Afghanistan when India had picked heaps of wickets in the powerplay. The 19th over has become sort of a curse.

At the first glance, it is only a matter of a few overs but it highlights other frailties of the Indian bowling. For starters, India’s death over woes makes it imperative for them to pick wickets with the new ball. In conditions that aid little to no lateral movement early on, Indian seamers have appeared handicapped with their one-dimensional pace. The pressure then shifts to the spinners to pick wickets consistently, so that pressure can be reduced at the death. Those returns have been inconsistent, leading to a domino effect on days of unproductive powerplays and middle-overs.

The Indore T20I is a dead rubber but it could build on India’s nightmares given the small size of the venue.

Since India’s tour of West Indies that began in July, both R Ashwin and Yuzvendra Chahal have played seven matches each. Ashwin has picked only five wickets but has done justice to his role of a defensive spin bowler - conceding at only 6.6 runs per over. But as discussed above, it becomes vital for India to take wickets. 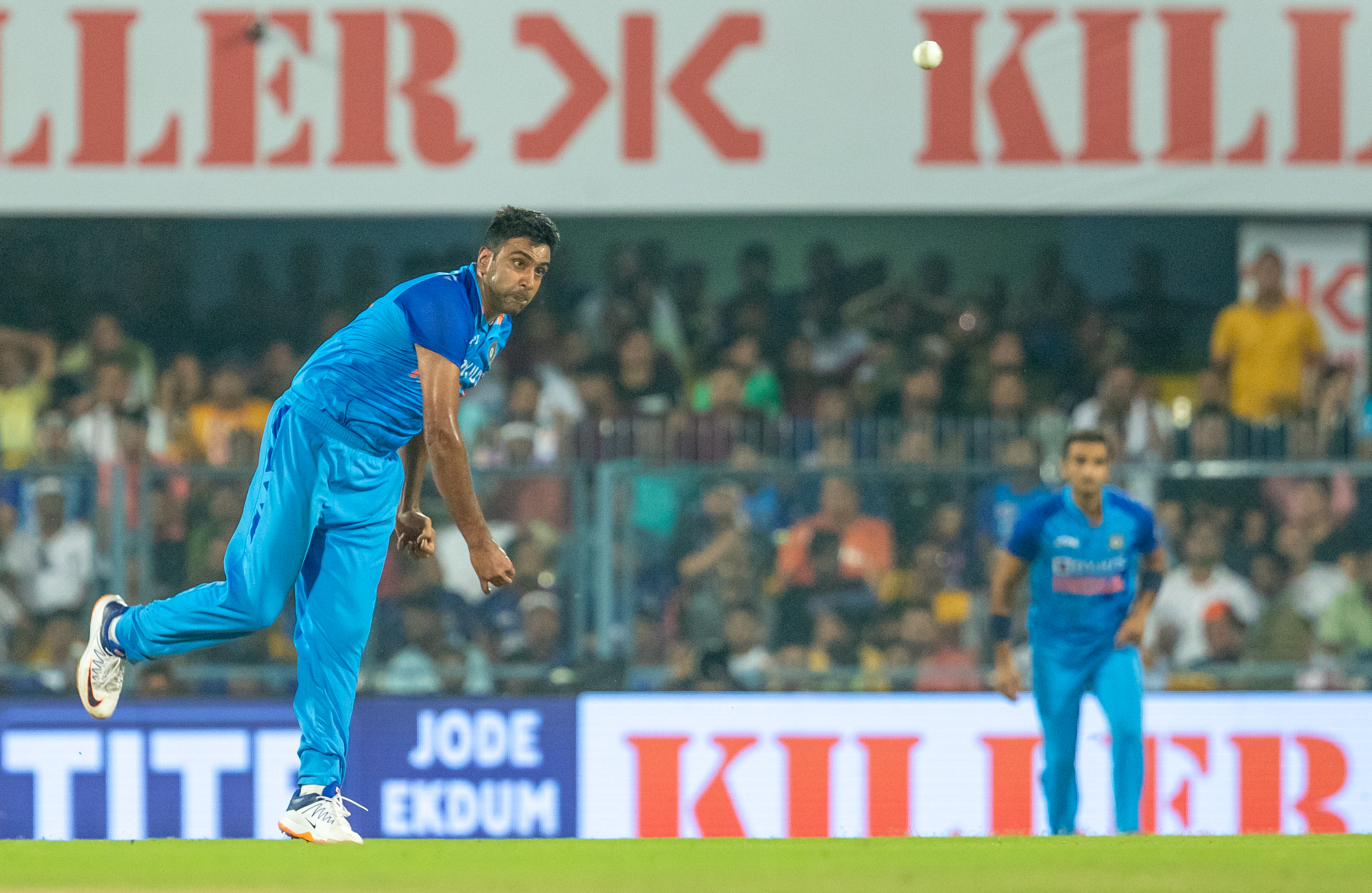 In that regard, Chahal, the attacking leg-spinner, comes into the picture but he has picked only one wicket more than Ashwin while going at an economy of 8.3.

Another criteria to select one between the two for the specialist spinner's spot could be the opposition batting line-up. It could be the number of left-handers in the South Africa line-up that has marked Ashwin’s presence in the series. However, in Guwahati, he was smashed by David Miller in one of his four overs that elevated his figures to 0/37. Hence, the question remains if Ashwin has done enough to press his claim in the World Cup XI.

Though South Africa hold a bunch of options for nearly every slot, they will be worried about a bunch of star players who haven’t stepped up. The first on the list is Quinton de Kock. The opening batter has averaged only 17.1 this year at a strike-rate of 115.1. He was out of sorts in Guwahati, batting through for his 69 at 8.6 runs per six balls when the asking rate was nearly 12. De Kock’s sluggish touch has gone on for far too long.

Similarly, Anrich Nortje has been off color since returning from injury last year. He has conceded 9.6 runs per over for six wickets across seven T20 innings in 2022. South Africa would be keen to see de Kock and Nortje regain their touch, especially the former. 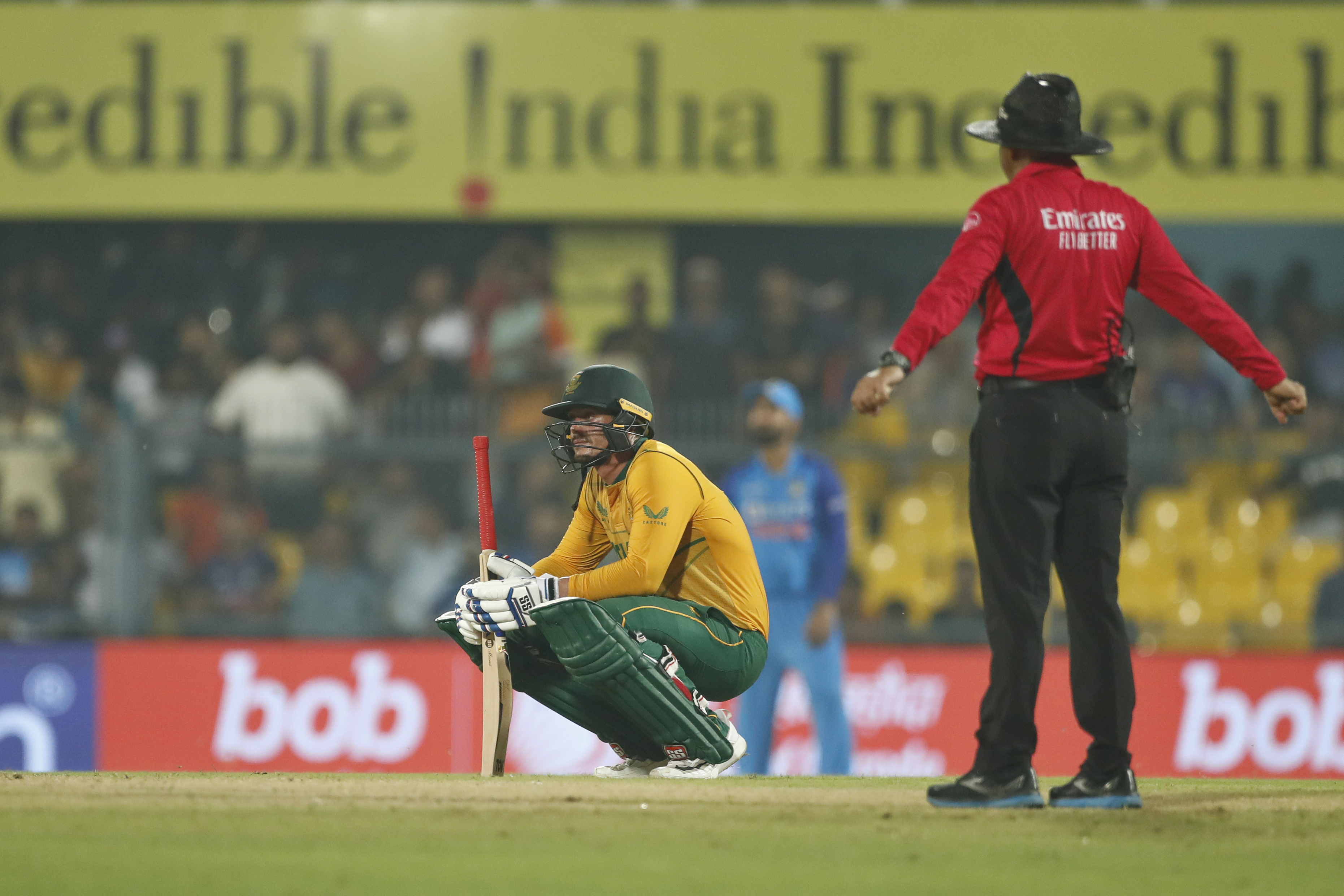 Another big concern is their skipper Temba Bavuma who maintains a strike-rate of 79 while averaging 9.6 in powerplays since 2021 (17 T20Is). As captain, he is one batter who is consistently having a negative impact on the Protea batting, underlined by his duck off seven balls upfront in a run chase of 238 in Guwahati.

With consecutive ducks for Bavuma, South Africa are caught between a rock and a hard place around their skipper.

KL Rahul and Virat Kohli are rested from this fixture. It will provide Rishabh Pant finally a chance to bat, probably as an opener again. Shreyas Iyer is expected to get a game alongside a debut for Shahbaz Ahmed.

To evade a whitewash, South Africa may give their form players a chance. Reeza Hendricks is the frontrunner to replace one of the out-of-sync top three. There are contenders as well in Marco Jansen and Dwaine Pretorius but it is tough to point at any obvious change in their XI.